Captured: Prisoner of Warzone – Guide to the New Verdansk and Rebirth Island Gulags

Directly earning the right to redeploy in Battle Royale involves fighting for your life in a duel. Read up on the rules and strategies of the Gulag, including tips for the new Gulags in Verdansk and Rebirth Island.

Welcome to the Gulag, a last-chance fight for survival where winning your gunfight will grant you the right to go back to the battlefield… while losing results in instant elimination.

Upon your first death in Battle Royale matches, your Operator will be thrown into the Gulag. This area isn’t the same as the one you previously visited in Verdansk, however; as of Season One of Black Ops Cold War, it’s an altogether new experience compared to the Gulag Showers of old. There’s also a new version of the Gulag coming to Rebirth Island, which is located below the Prison Block in an area that is not accessible under normal circumstances. 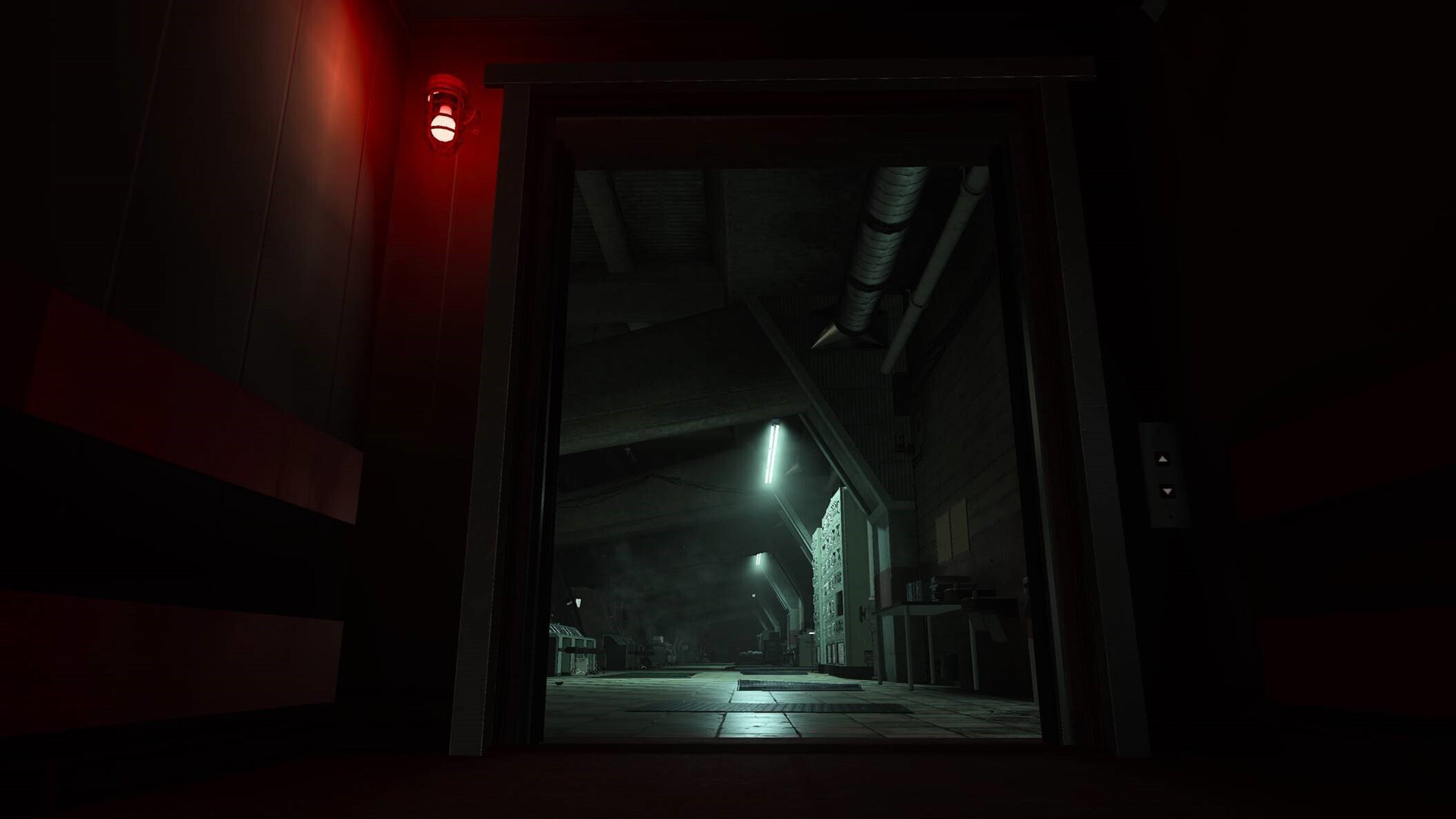 The Gulag: The Basics

After being sent to the Gulag, your Operator will wake up either restrained in an interrogation room (Verdansk) or outside a dingy cell (Rebirth Island). Outside your personal holding area are individual chambers holding other prisoners who’ve met a similarly grim fate and, in the center, the arena where players face-off in a 1v1 gunfight to get back to the Battle Royale mode.

At the top of your screen, you will see how many matches are left until you get your shot, along with the names of the players currently fighting.

When it’s your turn to enter the fray, your screen will fade to black, then come back to life with you at one end of the arena. You’ll see the loadout you’ve been given for this 1v1 fight on the right side of your screen, and the match will begin after a quick countdown. 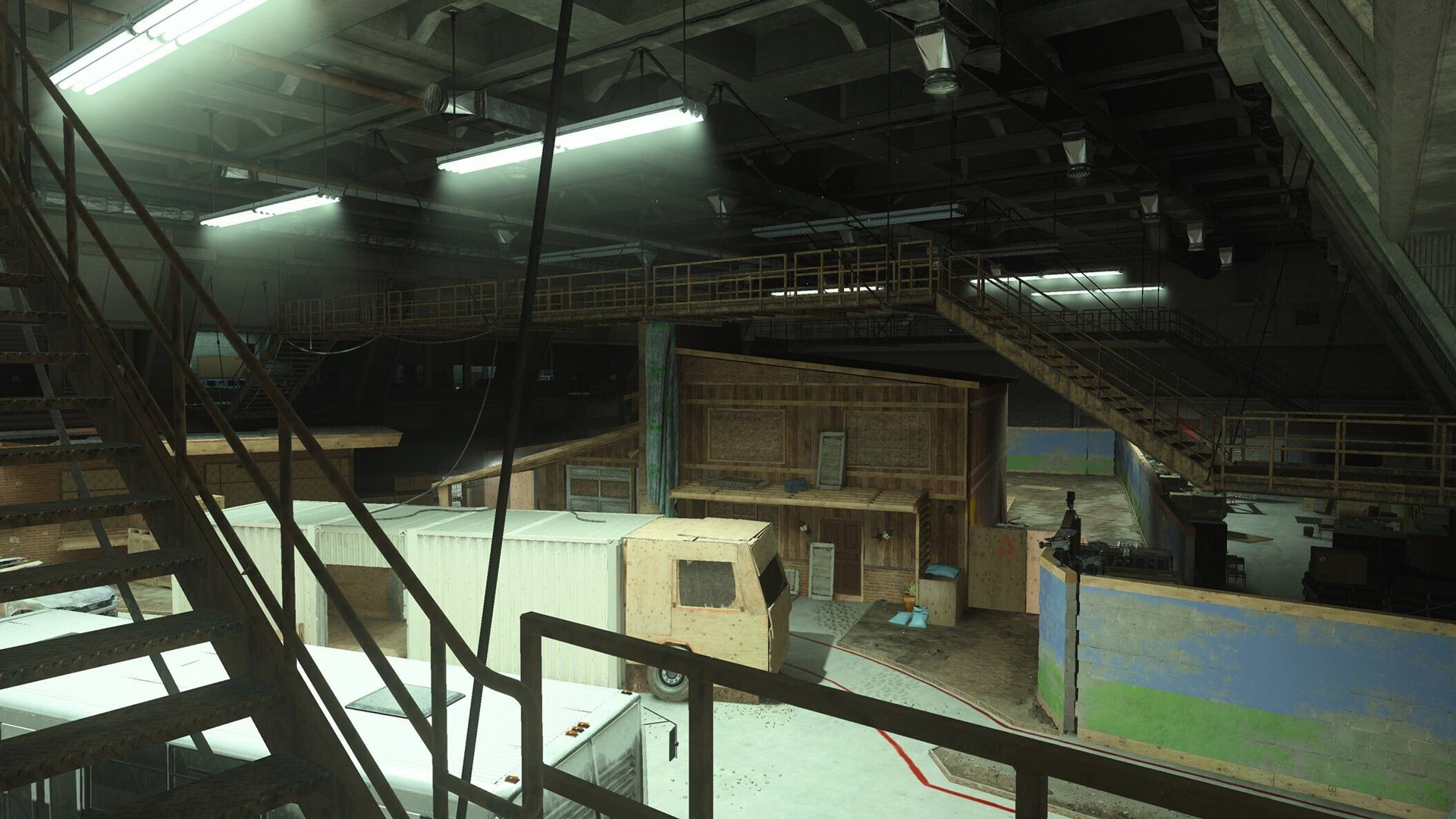 The rules for the Gulag are essentially the same as a Gunfight in Multiplayer, now live in Black Ops Cold War as of Season One: 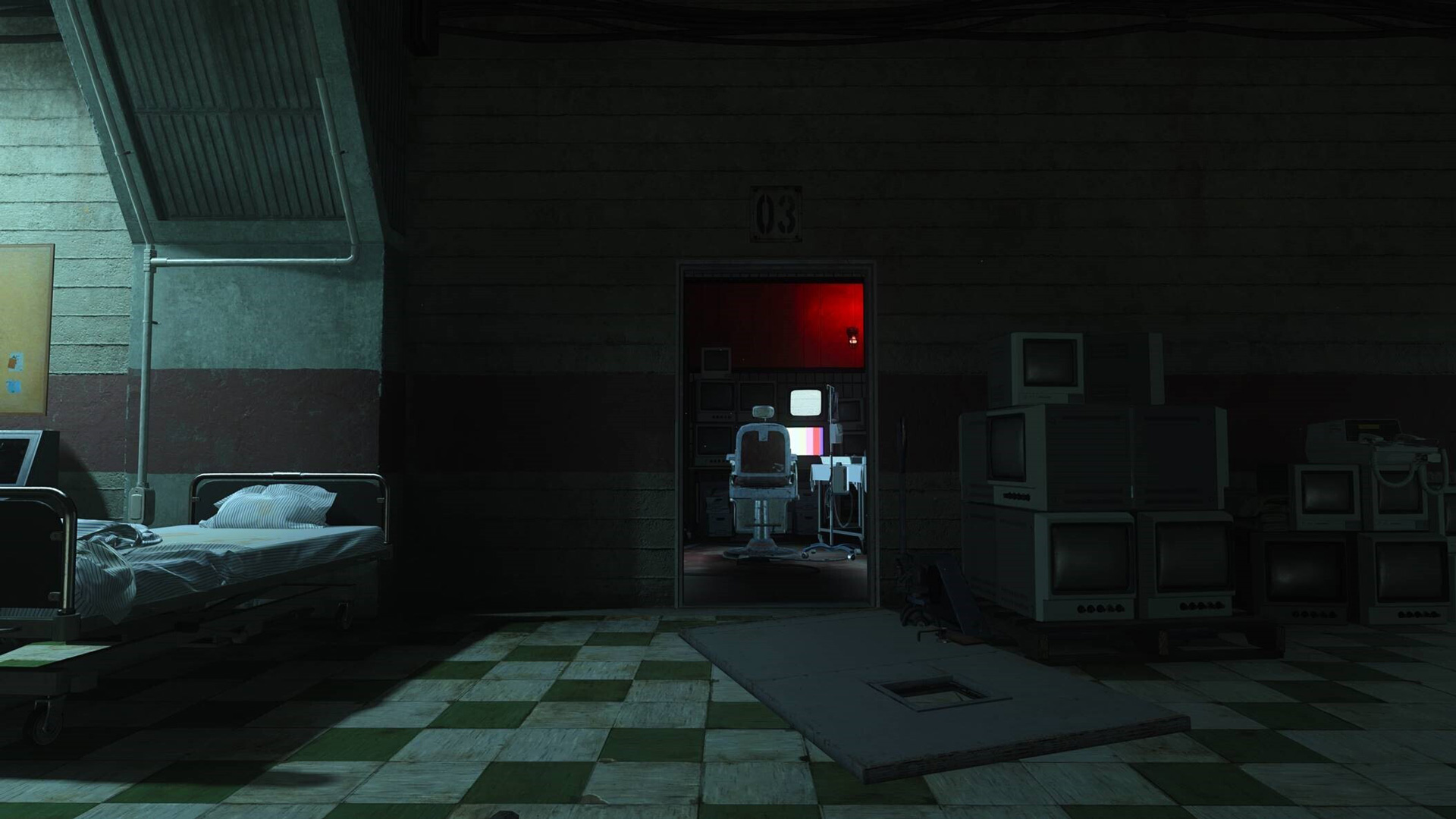 This allows you to potentially help another player – including a fellow squadmate – who is fighting in the Gulag to win their 1v1. 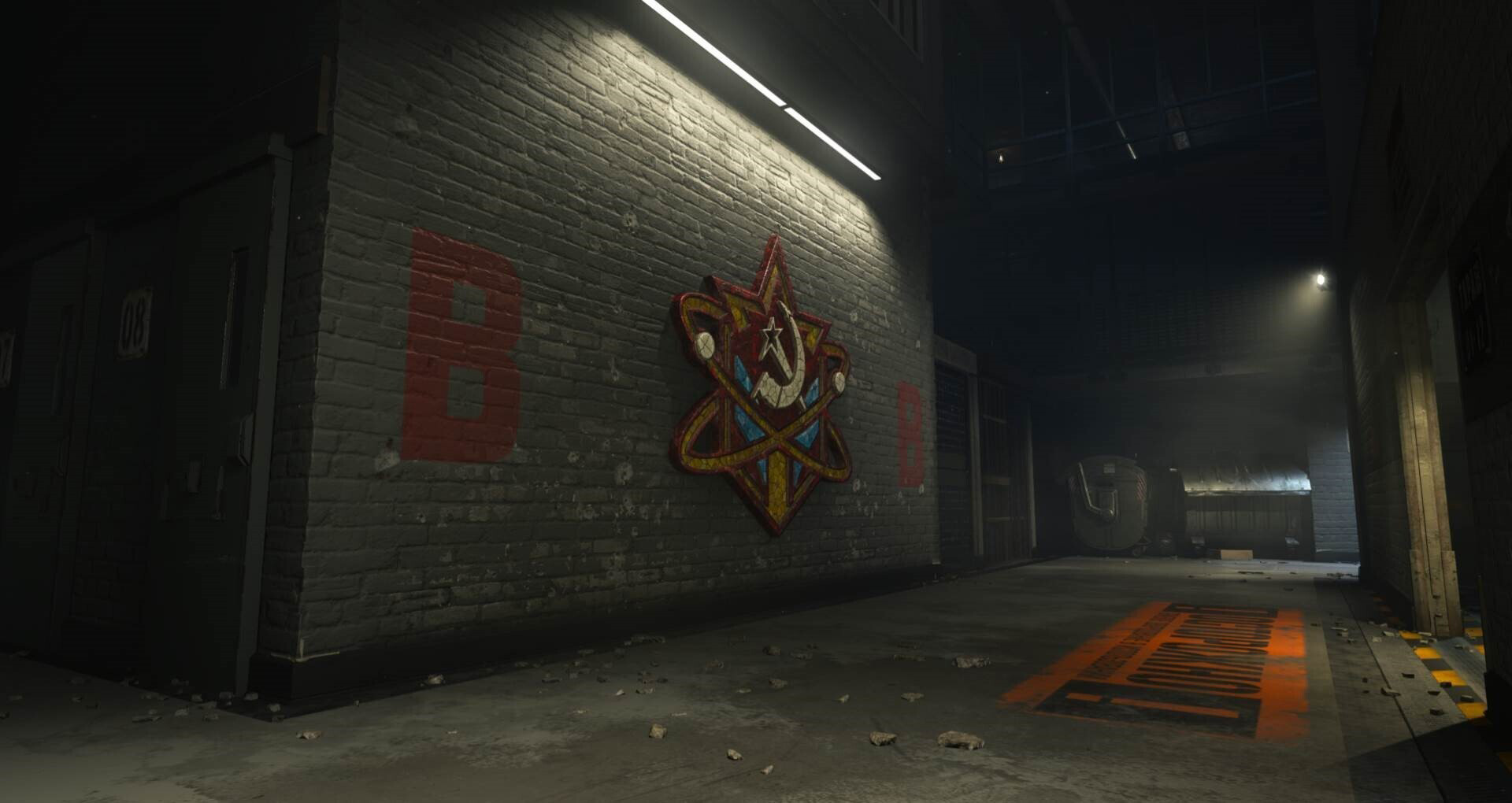 General Tips for the 1v1 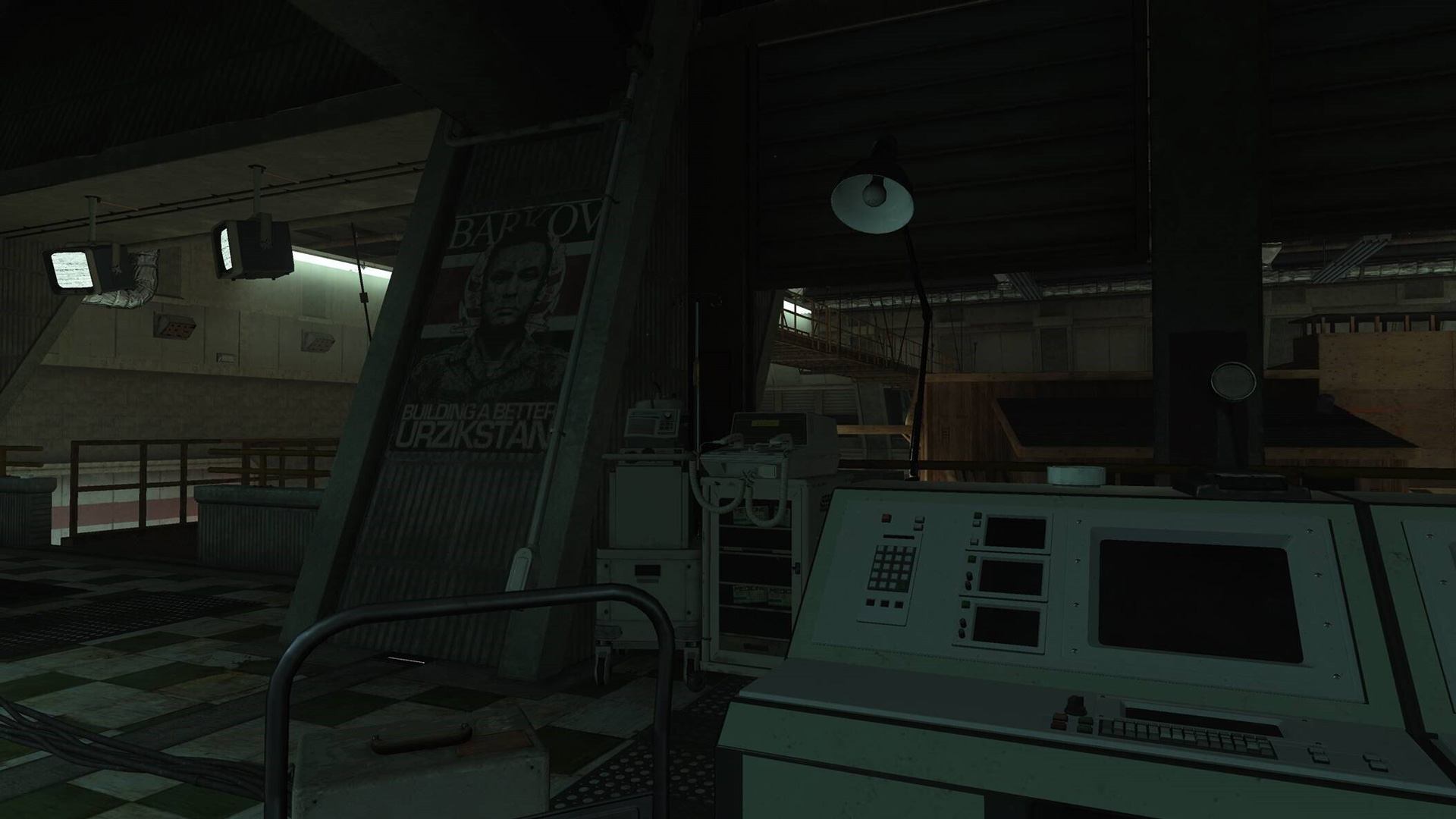 The new Gulag within Verdansk is a recreation of Nuketown, albeit stripped down as an “in-progress” version with no accessible homes nor backyards.

If you’ve played any of its iterations, including Nuketown ’84 in Black Ops Cold War, you should feel right at home in this Gulag.

If not, don’t worry. The map is simple to understand. It’s set up like a cul-de-sac with the center occupied by an 18-wheeler made with a wood cabin and metal container for a shipping trailer, as well as an old bus parked opposite. The metal container has an opening on each side and a ramp down the back to the head of the cul-de-sac, where there is a parked car in the middle, a large sign near one house, and a few boxes stacked up near the other.

Both houses are inaccessible, although it’s possible to access an awning by scrambling up the ladder-like latticework. Note that pistols can be fired while climbing up the latticework, just like any other ladder.

In climbing to this elevated position, you have views over to both ends of the map in between the two houses and a sightline to the other awning. While this is a dangerous position, it could yield long-range picks.

There are four other long sightlines on the map: down across the parked car area, at the end of the street looking out to either house, through the opening in the center truck, and in between the parked truck and bus, where the Overtime flag spawns. It’s wise to stick close to cover pieces to avoid being spotted down these long open spaces, especially when long-range weaponry is included in the loadouts.

Sticking close to the center vehicles is a solid way to force more close-range opportunities, given that you’d be effectively cutting down sightlines. The car, boxes, and sign at the end of the cul-de-sac are also great cover pieces. But as with previous Gulags, waiting behind cover may be a surefire way to guarantee a loss. 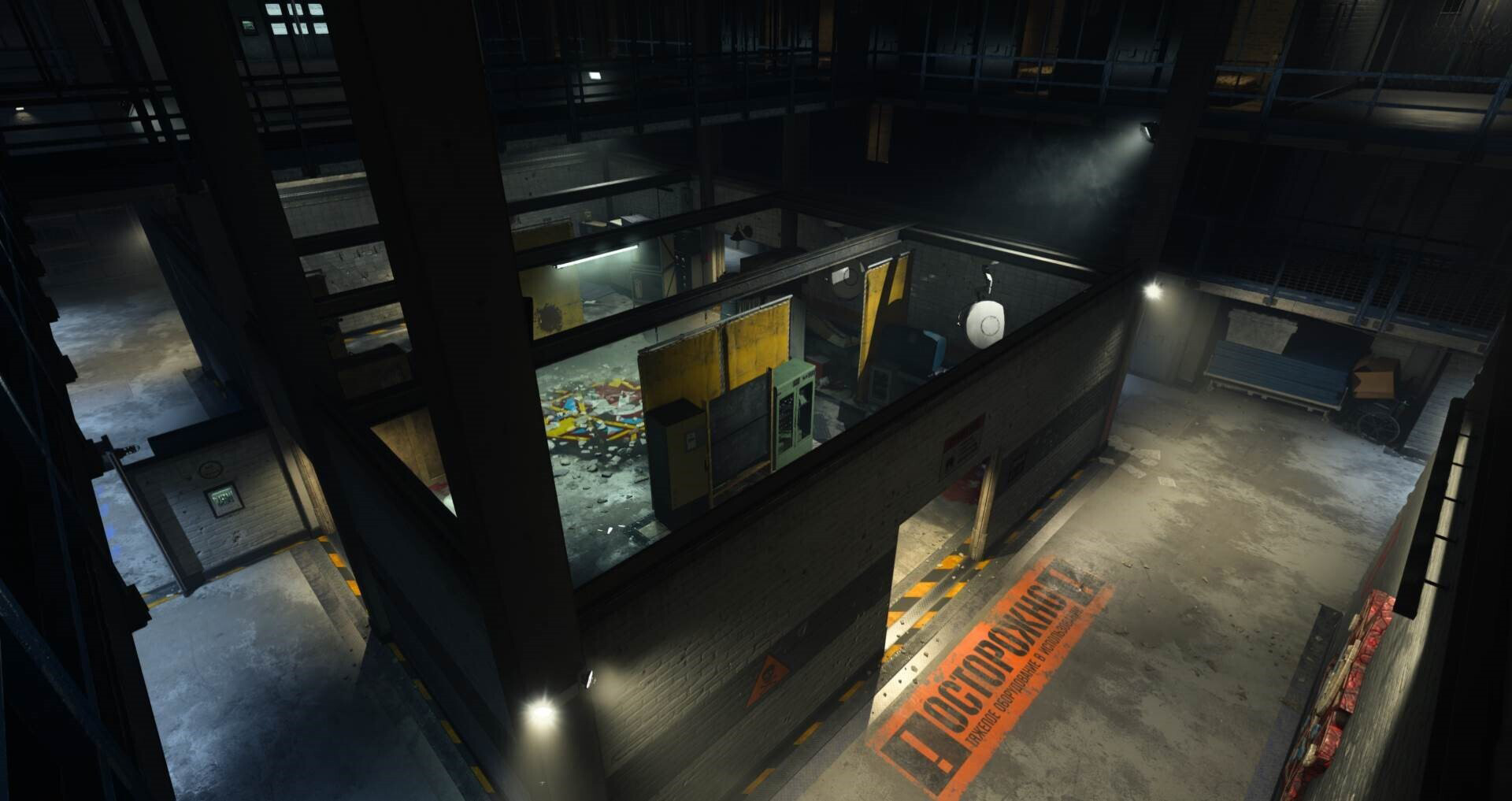 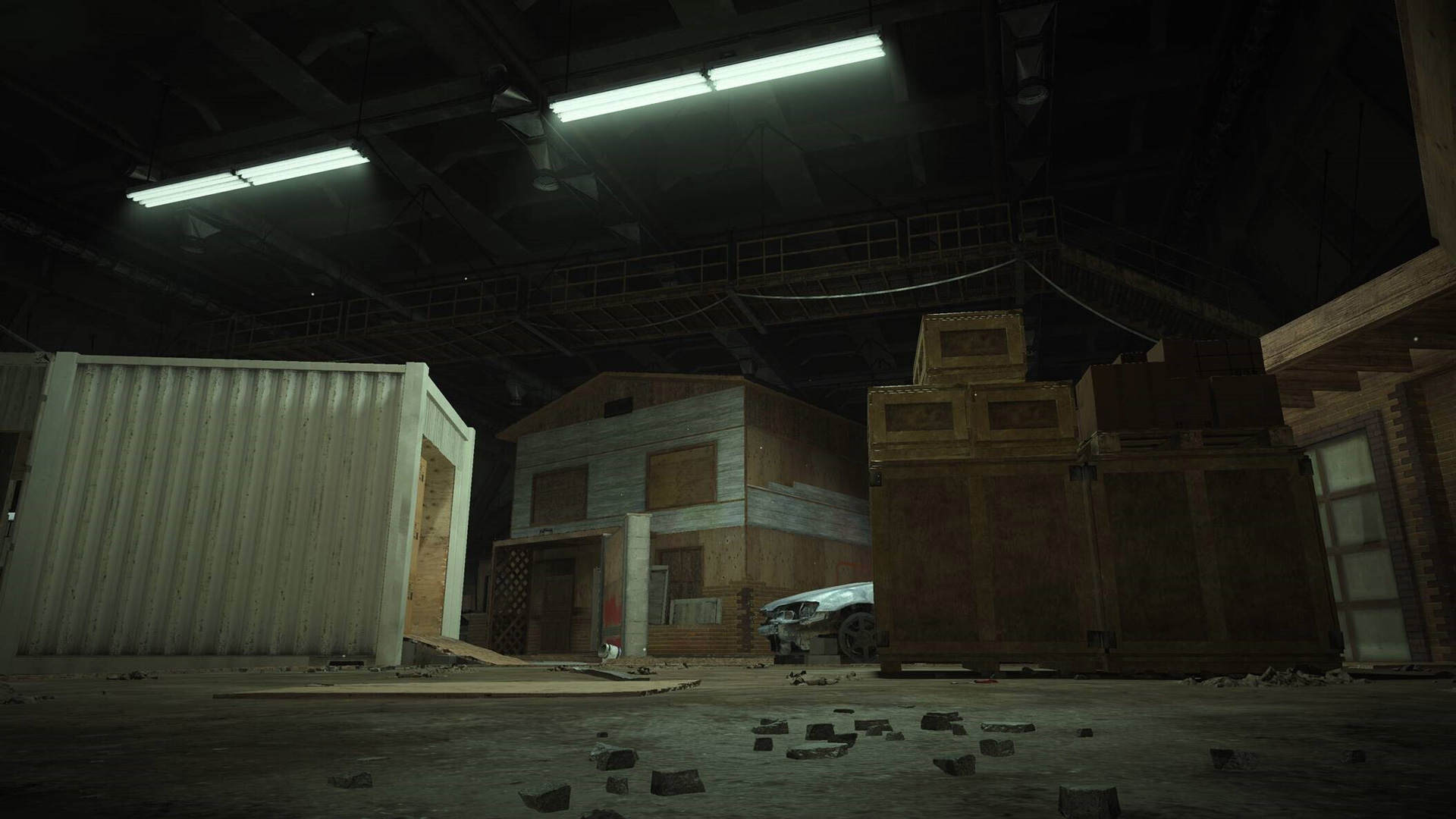