Winter is officially upon us and Call of Duty: Mobile is going all-in with Winter War for Season 13.

Launching at 4PM PT on December 21, Winter War adds two snow-filled Multiplayer maps alongside loads of earnable content, a stacked Battle Pass, the On the Brink themed event, and more.

Let’s go over some of the highlights to look forward to with this major holiday update: 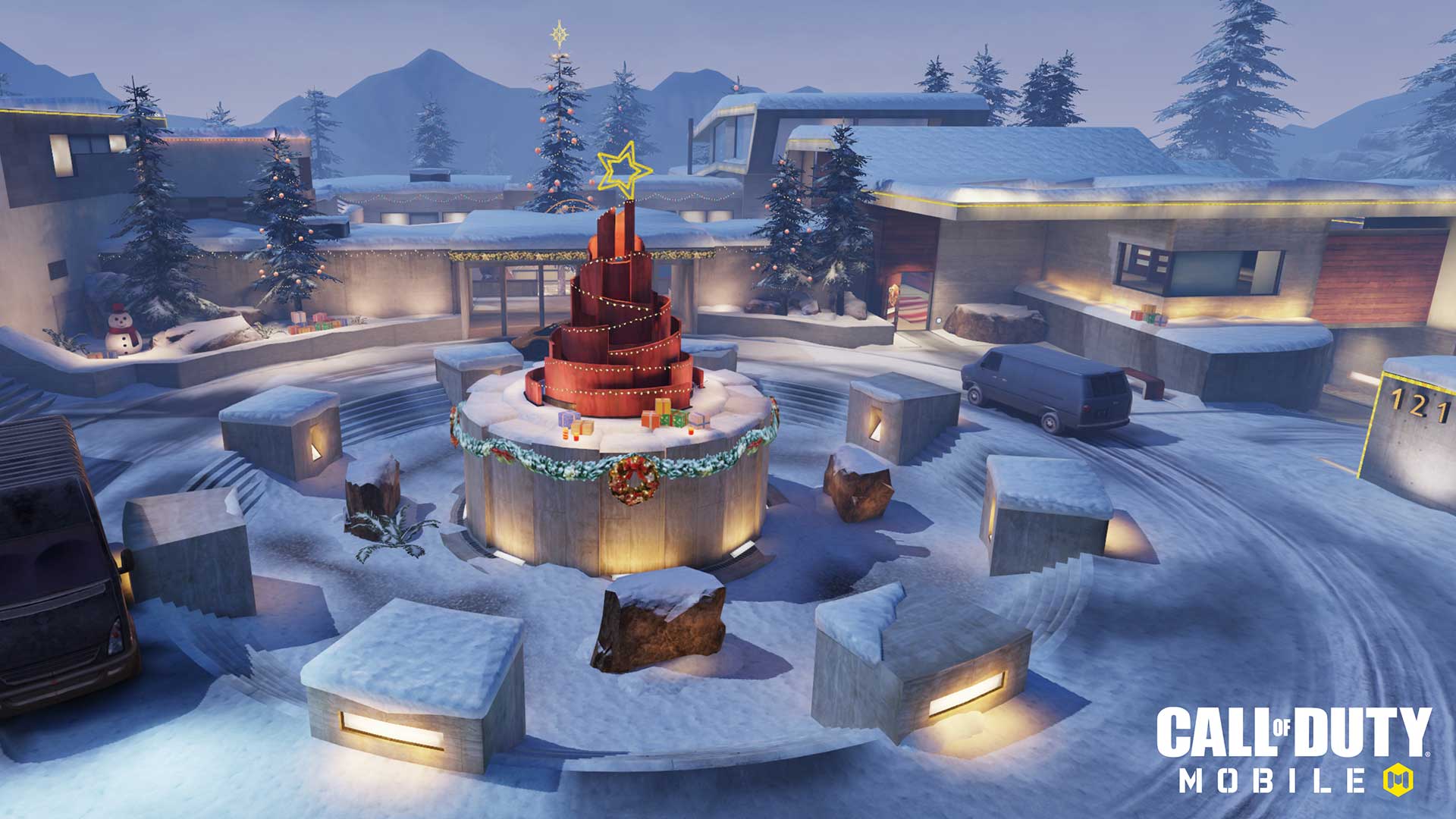 Bust out your winter coat, we’re heading for the snow. This season brings back two favorite Multiplayer maps, Nuketown and Raid, all decked out for winter with an abundance of snowfall and holiday surprises. 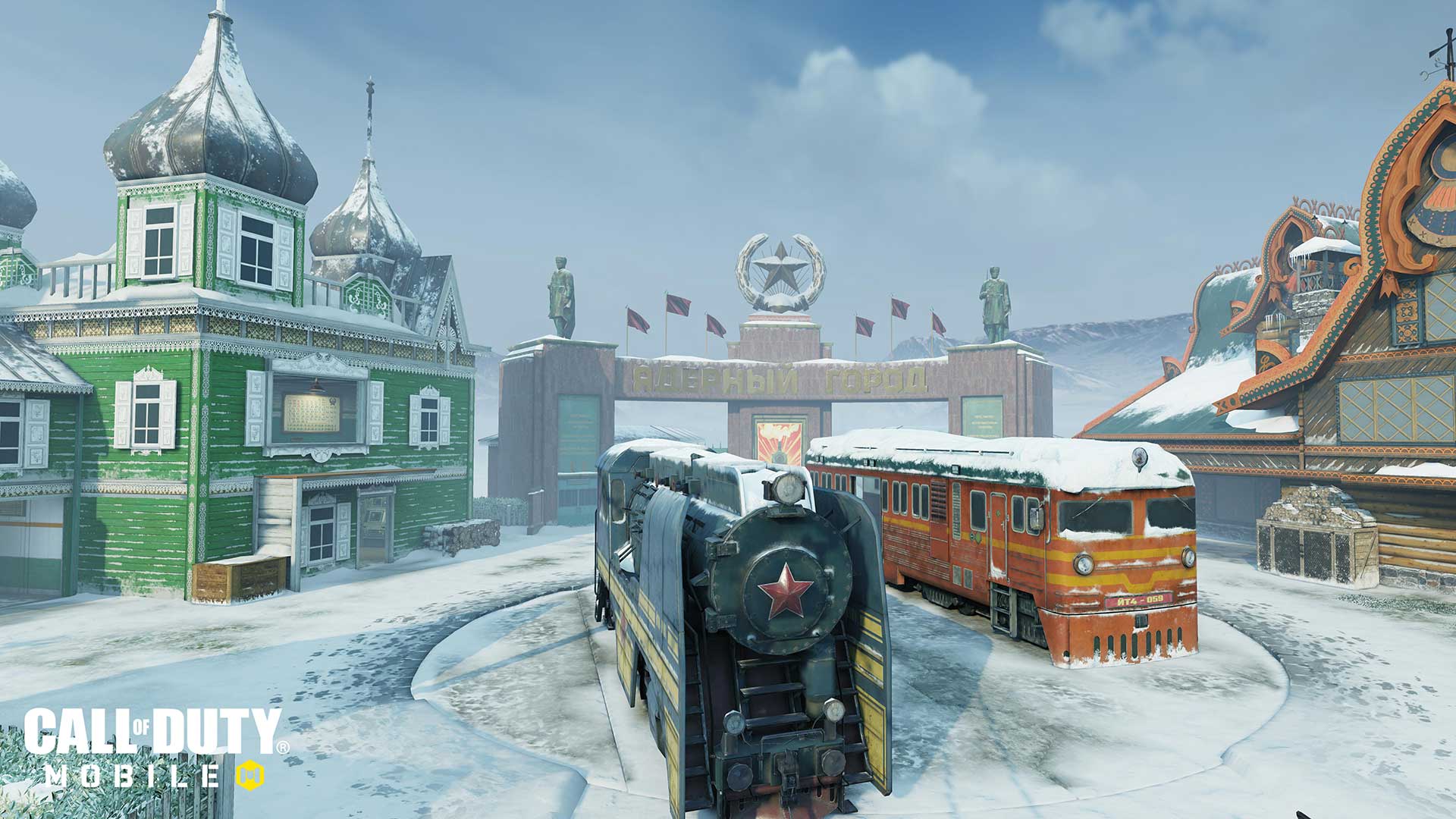 First seen in Black Ops 4, Nuketown Russia sees the classic Multiplayer map moved out of the United States and set at a nuclear testing site in snowy Chernobyl.

Take up a position between the train cars and cut down enemies running through the street, or take your chances in one of the two buildings — just watch your back lest you get rooted from your perch at the second story window. Whatever tactic you use, be prepared to engage in heated close-quarters battles that are sure to get the snow sizzling at your feet.

The holiday spirit has arrived at your favorite luxurious getaway in Holiday Raid. The mansion and grounds are covered in snow and decked with holiday cheer.

But try not to get lulled into the extravagant setting, as the competition is sure to be fierce. Is that a present under the tree or the barrel of an enemy’s weapon? Lob out an explosive gift, just to be sure. 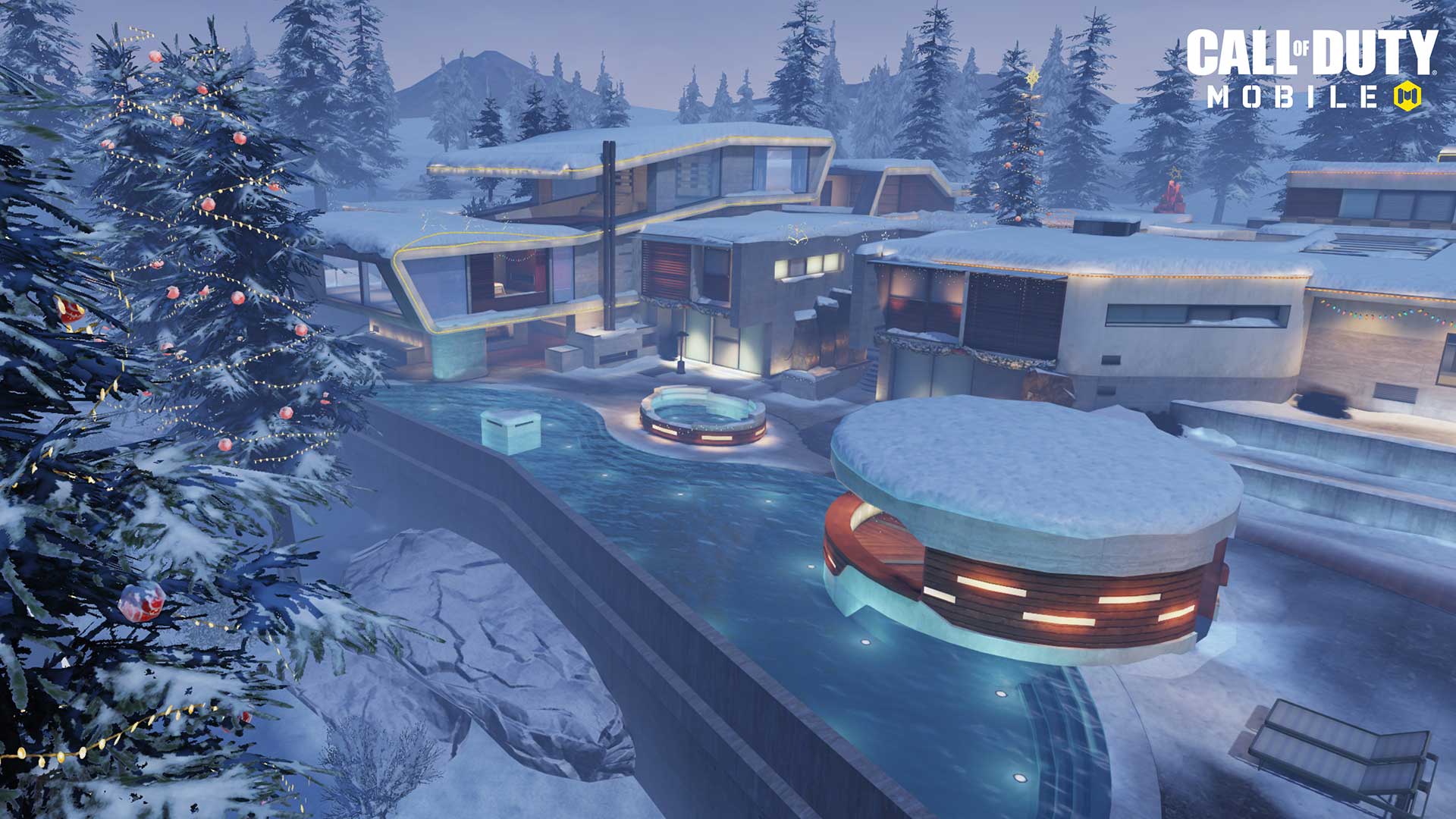 What better way to usher in the holiday cheer than with a new Multiplayer mode? First introduced in Modern Warfare, Grind combines the rules of Kill Confirmed and Hardpoint to create tactical chaos at its finest.

Confirm kills by picking up dog tags from fallen players and transport them to set locations around the map. Get taken out along the way and you’ll drop all of your collected tags, so keep your head on a swivel as you race to bank your points. 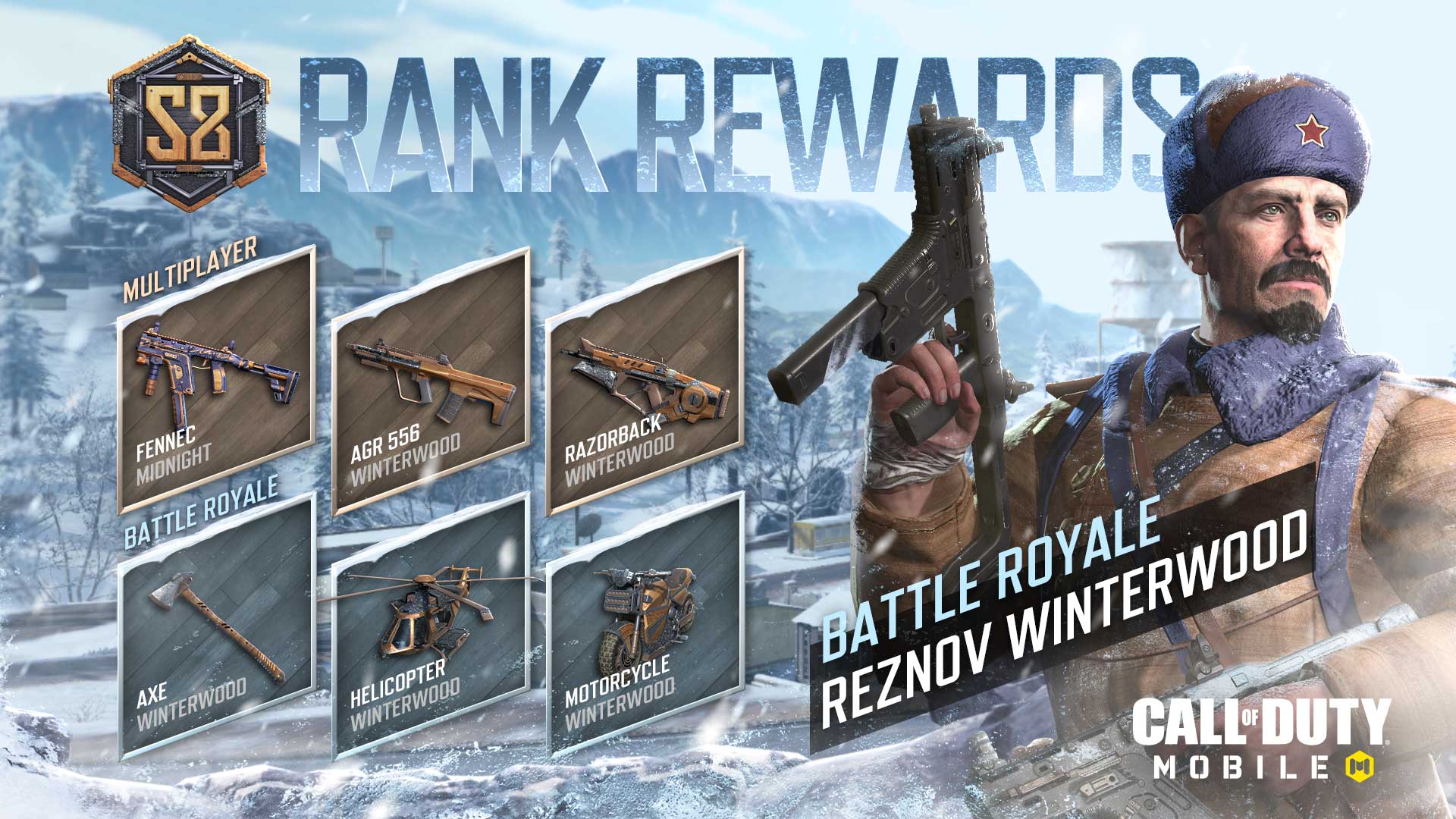 In Season 13, get ready to see a bunch of new tiers of free and premium content, including new Operators, Weapon Blueprints, Charms, a new Scorestreak, a new functional weapon, and more. Here are some highlights you can expect:

Reach Tier 14 and expect to unlock the free EMP Systems Scorestreak, which will have the ability to down and disorient the other team with an attack that disables enemy electronics, select attachments, tacticals, and Scorestreaks. And unless they have Hard Wired equipped, you’ll be able to disrupt the enemy HUD as well.

At Tier 21, you will be able to unlock the free Peacekeeper MK2 assault rifle, a new functional weapon originally seen in Black Ops 3. The Peacekeeper Mk2 will feature a unique double-row magazine. Expect this to launch alongside an Epic version in the Battle Pass.

Purchase the Battle Pass for the chance to unlock 50 tiers of content in the Winter War Battle Pass.

Expand your Operator roster with new winter-themed character skins and expect to see some familiar CIA operatives drop in with the Premium Pass, including Golem — Siberia.

Also expect to see the Premium Pass add several new blueprint weapons to the mix as well, like the GKS — Pack Warrior. With the Winter War Premium Pass, you’re ready for every engagement no matter the weather. 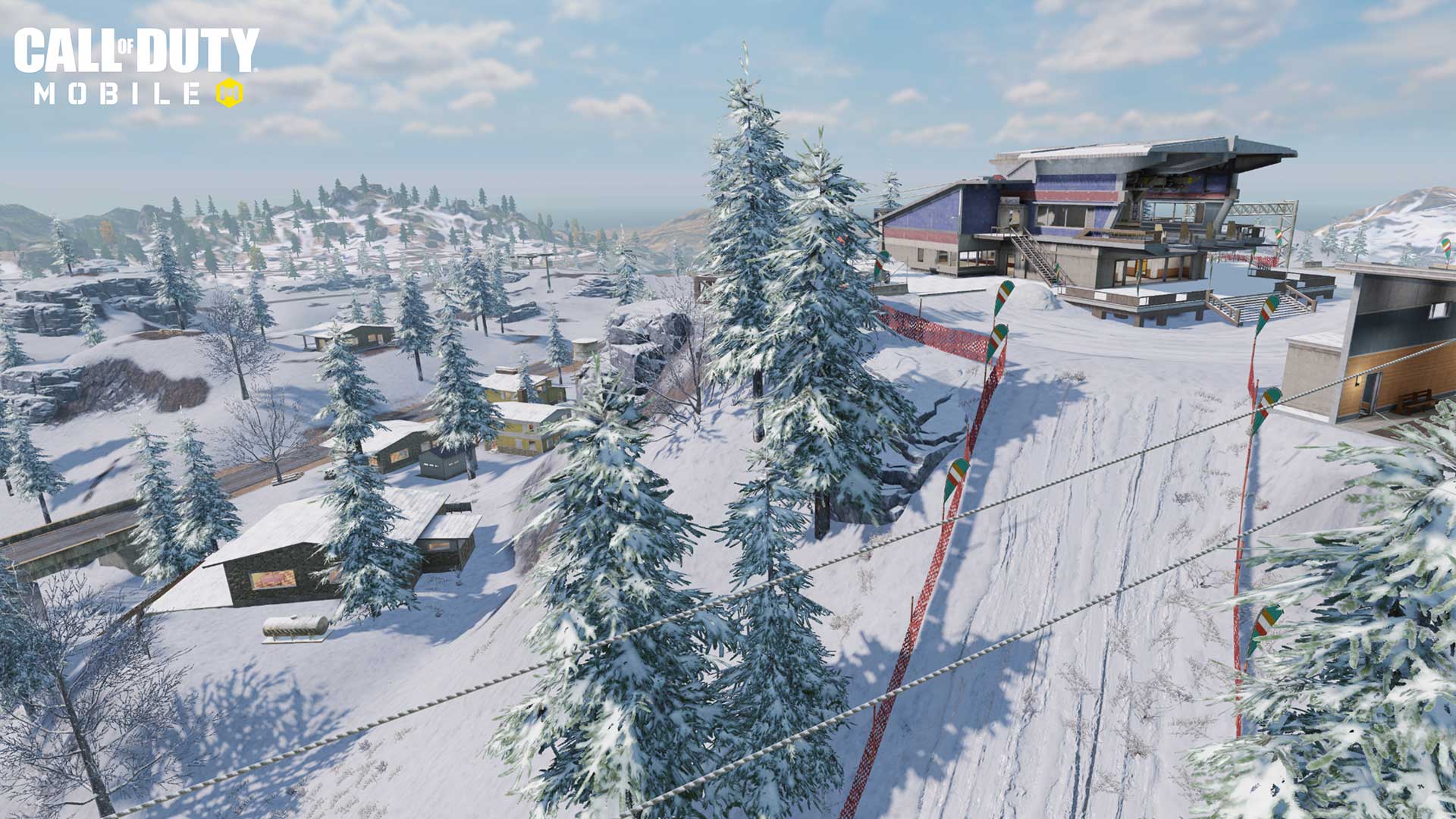 Shred the Slopes in Battle Royale

Ski Town just got a lot more interesting with the addition of a rocket-powered snowboard to Battle Royale’s Isolated map. The snowboard can be stored in your character’s backpack for easy swapping between trudging up the slopes and breezing your way down, and can be used outside of the area. Perform tricks like 360° and 720° grabs to wow your enemies before sending them to the afterlife.

To accommodate the snowboard, expect to see Ski Town feature a traversable cable car and ski trail. See you on the slopes.

Winter War features plenty of earnable rewards through new seasonal challenges and events. Lace up your boots for the Holiday Bonanza Event, featuring Holiday Raid and Winter Prop Hunt, and prepare yourself for the marquee themed event: On the Brink.

Compete in the On the Brink Event

The best way to beat your enemy is to know their strengths, weaknesses, and plans of attack. In this season’s main event, it’s your job to activate and deploy sleeper agents to infiltrate city centers.

Expect to activate new spies by playing Multiplayer and Battle Royale. On your way, you can unlock weapon sets that provide a recruitment bonus. Get the job done to earn new Epic items, along with an assortment of other Rare and Uncommon weapons and items. 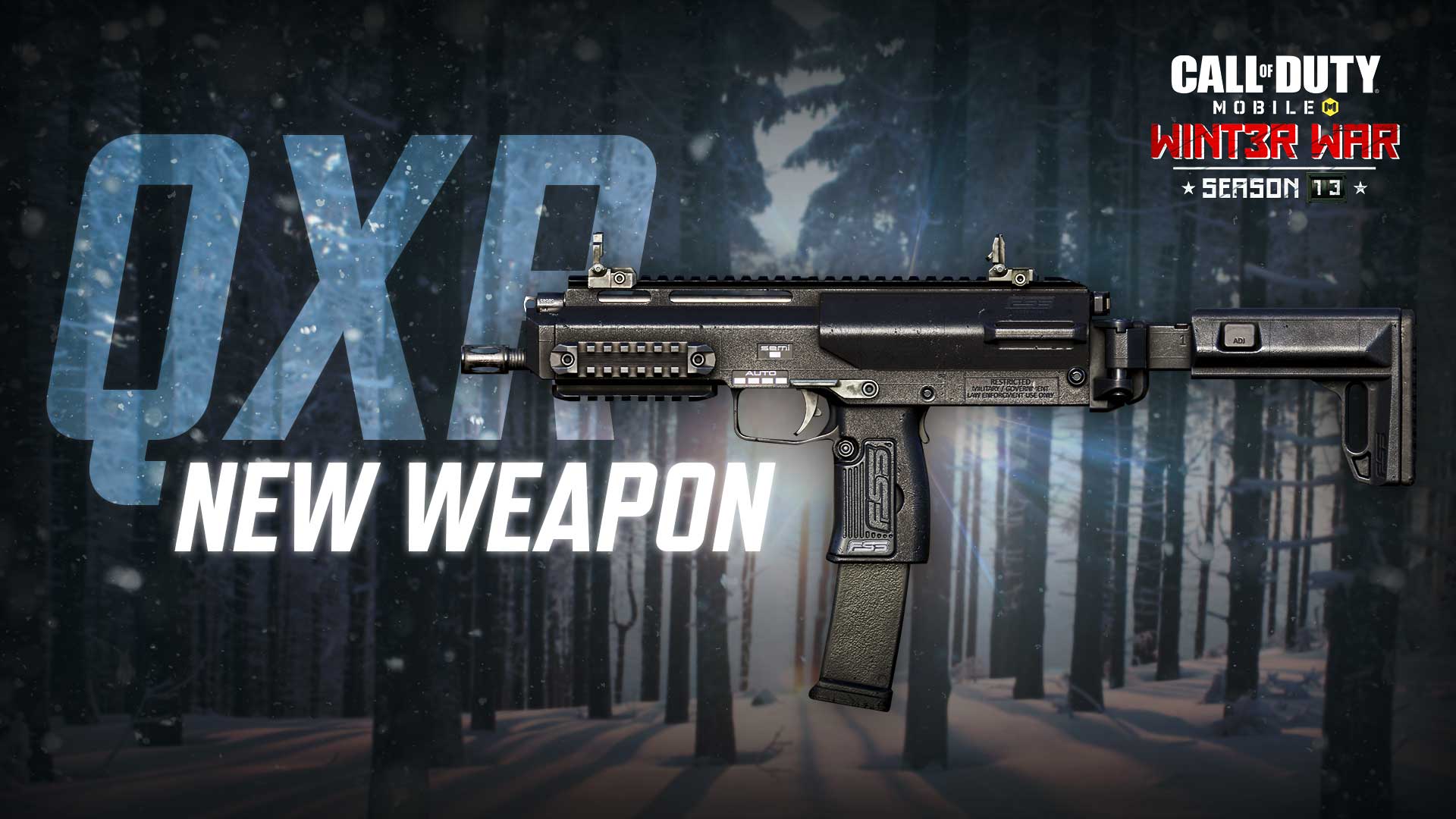 Along with Winter War’s new seasonal challenges, you will see some great new rewards, including a new functional weapon and a new Multiplayer perk.

Complete challenges and expect to unlock the QXR, a new SMG that’s destined to shred your enemies, featuring a wide array of Gunsmith attachments to help you launch perfect close-quarters attacks.

You can also earn the new Restock perk to bombard your enemies with lethals and tacticals. Restock recharges these items over a 25-second period, including the Combat Axe for even more sick trick shots. 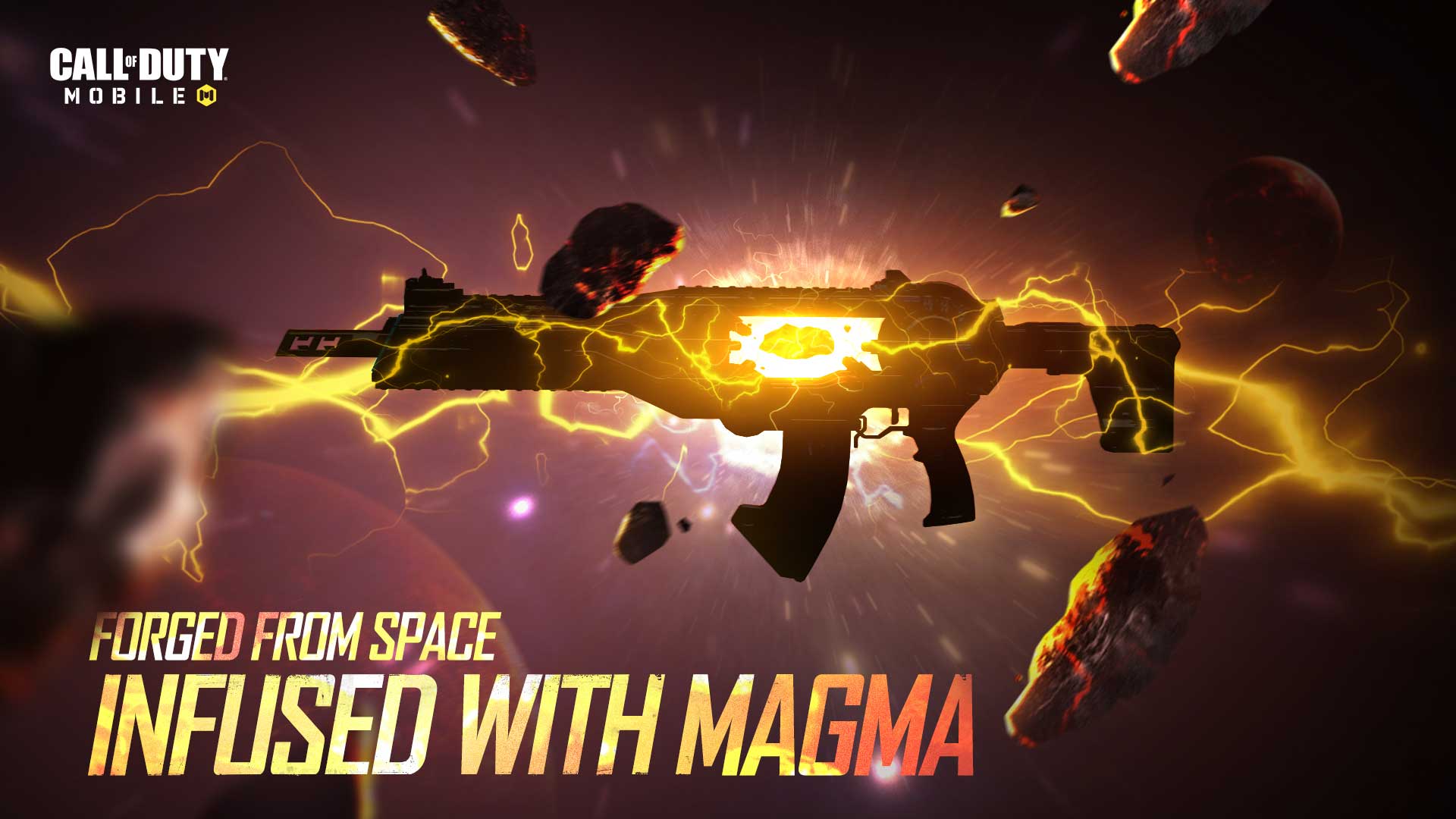 To cap it all off, expect a new Mythic Weapon to be released in Season 13. This strong Blueprint weapon uses the PeaceKeeper MK2 at its core, but that core is an exquisite weapon and unique design made of meteorite compromised of ice and magma. The bullet is wrapped in magma, which creates a bullet tracer filled with hints of red, yellow, and something alien. This Mythic Weapon will bring with it an array of brand-new customization options.

Nuketown returns in its winter iteration to blast off a new season. Read on for tips and tricks to master the frenzied chaos and top the scoreboard match after match.

A chance to unlock a fresh new look for the legendary operator Dark Nikto and handgun blueprint, an epic sniper rifle blueprint, the Dark Tech motorcycle skin, wingsuit, and parachute, the Face of Evil weapon charm, and more.

Break out your NVGs for new nighttime maps and modes, earn new character skins and weapon blueprints, get in on great Black Friday and Cyber Monday discounts, and more.