Week after week, I found myself drowning under massive zombie Waves while Doktor Straub’s Zeppelin circled, surveilling my demise. After many failed attempts to grow out of my noobitude, I was hitting a ceiling – and I knew that I needed the big guns if I was ever going to meet the Boss.

And here the big guns were: bigger than an upgraded Tesla, better than a “Punched”-up Pistol – the Nazi Zombies Gurus at Sledgehammer Games. I was so not worthy.

I had a million questions: Do you have a favorite loadout (Special Ability + Mods + Starter Weapon)? What’s the best way to deal with swarms? Do you want to get a burger sometime? What do you dream about? 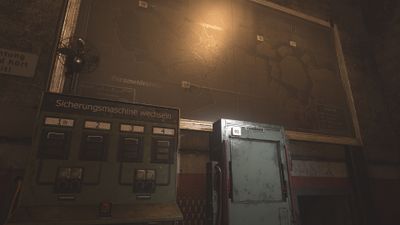 But I’d Been Sleeping on Blitzes
The Gurus recommended leaning on Blitzes throughout the game, which I hadn’t really done. I knew that without the Laufenblitz Power-Up, which granted increased stamina and sprint speed, I had little chance of routing power from the four fuse boxes across the map – especially if my teammates didn’t have headsets or were tackling other tasks. And because routing the power was a crucial step in calling the Zeppelin – and thus coaxing the Boss from his hiding place – I made sure to get Laufenblitz from the Sewers before this step.

But there were other Blitzes they suggested: Kugelblitz for double ballistic damage and increased fire rate when playing in Co-op, and Lebenblitz for automatic self-revives when playing solo (but, truly, I didn’t know if I was ready to go it alone).

I experimented with these, and decided to pack these Blitzes into my regular Nazi Zombies rotation – especially since the Lebenblitz granted faster revive time in Co-op. I had this! 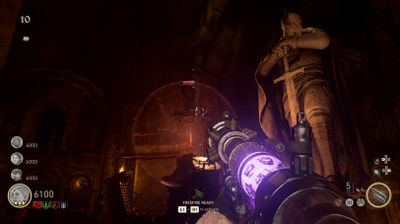 Yet, I Sucked at Zombie Management

After talking to the Gurus, I realized that Nazi Zombies isn’t some shooting gallery for taking out your aggression on the undead. Killing every zombie in your path is tempting and satisfying – but can be a huge detriment to your game. The next Wave of undead gets stronger, while any zombies left over from the last Wave will be slower and weaker than any new ones on the map – which is why it’s imperative to keep them around, as zombie souls are critical sources of power in The Final Reich.

With that in mind, I changed tactics and decided to avoid most of the slower lot unless I was hurting for Jolts, and focus on completing the story. I also picked up a Jack-in-the-Box, at the Gurus’ prompting, to distract any hordes that cropped up.

Soon, the End was Nigh

With mounting anxiety I routed the power, picked up my Blitzes, defended the lightning rods and even found the Voice of God notes hidden in paintings around the map. I didn’t have time to revel in my newfound capabilities for long, though: the Zeppelin appeared before I could say schiesse.

I was having major déjà vu at this point, certain my demise was drawing ever closer. But as my team and I charged the Uberschnalle batteries, one by one, managing to control the swarm – I realized I was actually going to reach the Boss … 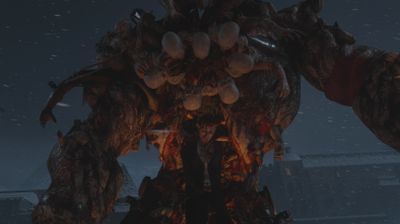 I was so excited to finally see it, I almost forgot to be scared.  Sure, the Panzermorder Boss was made from a gigantic mass of zombies all knitted together into one giant beast – yet, I couldn’t help but imagine Doktor Straub creating this monster the same way you created that Pre-K macaroni frame your mom still pretends to like. But as soon as I had that thought, the Panzermorder’s many heads let out an unworldly scream … and I quickly lost my sh*t.

To make things worse, pinned in the center of this mixed-media commentary on the viability of the Aryan Race was Klaus Fischer, Marie’s brother – and he did not look stoked to be there. With Klaus dangling from the Panzermorder’s torso, we were now tasked with destroying it. It took heaps of teamwork, frustration and Defibrillation – but eventually, like Springsteen on rollerskates, the Boss fell. 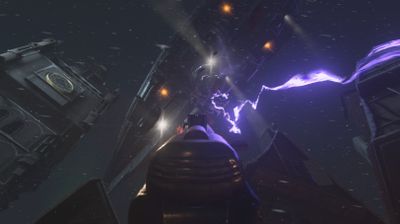 And I Realized My Work Was Not Done.
Sure, I’d grown from noob to novice. I’d defeated the Panzermorder and reached the Final Reich’s finish line. But I remembered an earlier speech from Doktor Straub, promising his current Zeppelin was only a prototype – he had much more up his guts-stained sleeve, and he wouldn’t stop flooding the world with undead until his Nazi Zombie regime was in place.

As he escaped on his blimp, there was only one thing to do: follow Straub and stop him. It was a daunting prospect – but with the Gurus’ advice fresh in my mind, I felt readier than ever for the next chapter.

So, zombie hunters, if you’ve followed this far – gear up with me. It’s time for us to tackle The Darkest Shore.