The social hub of Call of Duty: WWII just got dangerous. 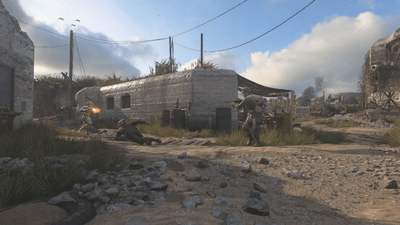 HQ – home of the  General, the Gunsmith, Major Howard, Corporal Green and, occasionally, Captain Butcher – is now playable as a Multiplayer map.

Fighting in such an unusual space presents you with new challenges. HQ is packed with tucked-away nooks, cramped bunkers, a Theater and a tower. All those hours you spent investigating around the edges, jumping on top of things and exploring every area of HQ are now essential to your success on it as an MP map.

To play on HQ, there’s a 24/7 Most Pit playlist where lobbies are no larger than eight players and you’ll cycle through Gun Game, Prop Hunt and Free-For-All. Each mode tests your skills in a different way as you get to know HQ as an arena of combat. Here’re some helpful hints to thriving in all modes on HQ. 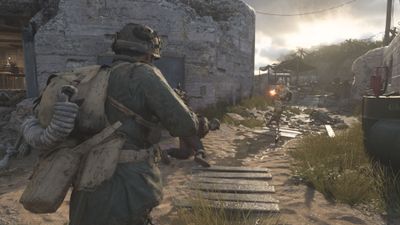 There are two relatively open areas for engagements: in front of the Quartermaster and down the hill around the R&R tent. These two places provide the most space between you and a potential enemy. At some point in Gun Game, you’ll be gifted a Sniper Rifle, or some other Rifle, better suited for more distanced engagements. Since this game mode demands you play to the gun that’s in your hand, try to keep an eye out for these areas and look to catch an enemy from far away. Additionally, there are numerous elevated vantage points from which your ranged Rifle will suit your needs quite nicely. How do you reach them? Well, one has a ladder, one traditionally requires Prestige and you’ll just have to figure out how to reach the other one.

If you haven’t made a habit of inspecting the exact location of every random object or piece of equipment lying around HQ, don’t worry. You aren’t alone. You’re going to shoot a lot of random stuff on the ground. That’s just part of Prop Hunt. Fortunately for the hunters, this map isn’t very big. But, while the area may not be huge, there’s no shortage of corners, tall grass, desks, vehicles and odd angles for Props to stash themselves. Ever notice those Gridiron balls people toss around in HQ? These are hidden throughout the area (when it’s not an MP map). Each of them rests in a difficult area to reach. Now, imagine if you were, say, a folding chair and you were to hide in one of these tough-to-reach places. Sounds like it could be a good idea. 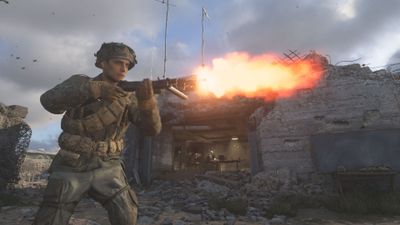 Like Gun Game, you’re on your own here. With so few open areas, the initial reaction here is to run with an SMG for all of the close-encounters you’re likely to find. Lacking any other strategy, a fast Airborne or stealthy Mountain setup with an SMG is a ***** fine default choice. However, this map does contain, literally, a sniper tower. While we’d never condone camping, we certainly have to encourage proper utilization of your environment. And, when there’s a ladder than leads up to an elevated tower that gives you a clear view of a good chunk of the map, you’d be nuts not to at least consider a ranged Rifle of some kind. You won’t find much cover, so you’ll be spotted relatively quickly. But, if you’re a good shot, it’s not a bad place to try your luck.

HQ’s modest size combined with varied verticality and a number of unique rooms and pathways make it a must-play. With game sizes limited to eight, you’ll never feel overwhelmed and you’ll get enough space to explore the place and try some things. So, hop in and battle for HQ. And, if you don’t get the chance before Blitzkrieg is over, don’t worry! It’ll reside under the Party Modes tab after the event ends.