Take your enemies out to launch.

Launchers: the American-made M1 Bazooka and the German Panzerschreck. In Call of Duty: WWII you’ve got two powerful, shoulder-mounted rocket launchers at your disposal. Now that the Division System has undergone a thorough reworking, it’s easier than ever to grab one of these and make it work for you in a match. Fundamentally, they shoot rockets that explode on impact. That alone is a ***** strong rationale to give them a go. However, if you’re still in need of convincing, here are four good reasons to make a Launcher your Secondary.

You Don’t Need A Basic Training

You no longer need to equip the Launched Basic Training in order to carry a Launcher. That means if you need want cheaper Scorestreaks with Ordnance, or faster, mid-sprint reloads with Hustle, you can still have it.  You no longer need to cater your loadout to a more explode-y Secondary. What’s that leave you with? The sky’s the limit. Carry an extra short-fused Lethal with Saboteur. Run the Stab-n-Boom class and make a melee your Primary with Serrated. The point is now a Launcher is no different than any other Secondary, it’s like a Pistol only bigger. Its function, however, we’ll get to that…

Recon Aircraft, Paratroopers, Ball Turret Gunners – the list of aerial Scorestreaks that can decimate your team in Multiplayer is a long one. Fortunately, if you’re carrying an M1 Bazooka, you only need to aim skywards to thwart an enemy’s hard-earned streak reward. Between the two, the Bazooka is the preferred Launcher for shooting down aircraft. You have to aim ahead of the moving planes, but, with a little practice, you’ll be dropping those streaks like flies. Keeping an enemy from having a free aerial bombing run at your team or circling around gathering intelligence on you can quickly swing a match in your favor. Scorestreaks, when successful, reward players with points and those points build towards more devastating streaks. Taking them out of the sky early will keep you from having to deal with a Ball Turret or those dastardly, drop-shotting Paratroopers. 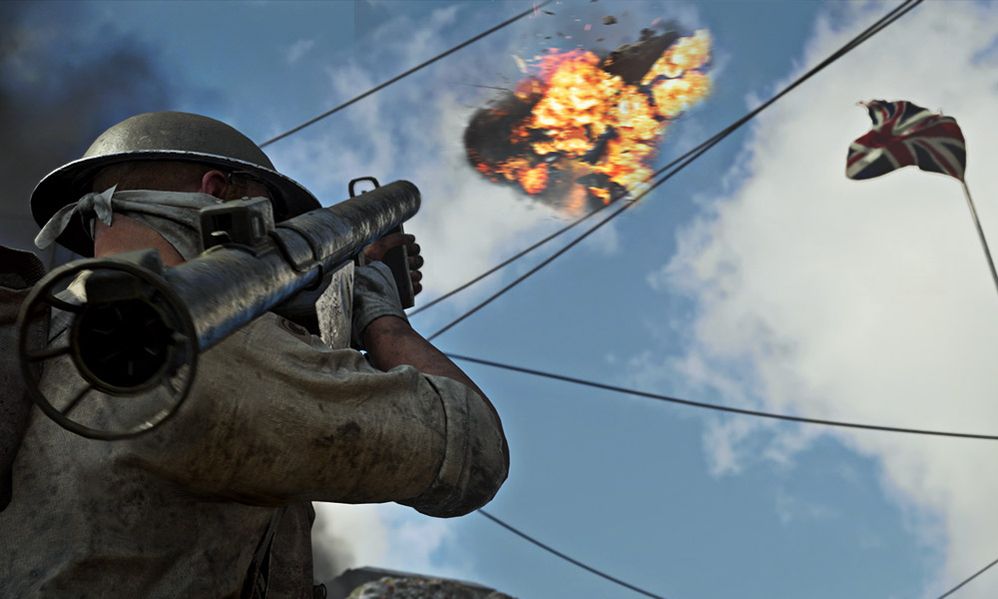 We’ve all fallen victim to a deadly marksman who locks down an area and, seemingly, cannot be bumped off. You try grenades, slow approaches and nothing seems to work. Fortunately, Launchers provide an excellent, and extremely satisfying, method of wiping out a sniper’s nest. If you encounter a long-ranger posted up against a wall, or in an elevated room, take aim at the surfaces around them and send a rocket their way. Best case scenario is you take care of that pesky foe. Worst case is you’ve temporarily blinded them with the explosion, dealt minor damage and forced them to move slightly from their vantage point. This allows you, or your teammates, to get the jump on an opponent who’s been extremely on point. Sometimes all you gotta do is ring someone’s bell a bit to make them uncomfortable. Send a rocket at a sniper once or twice and they’ll be appropriately shook. 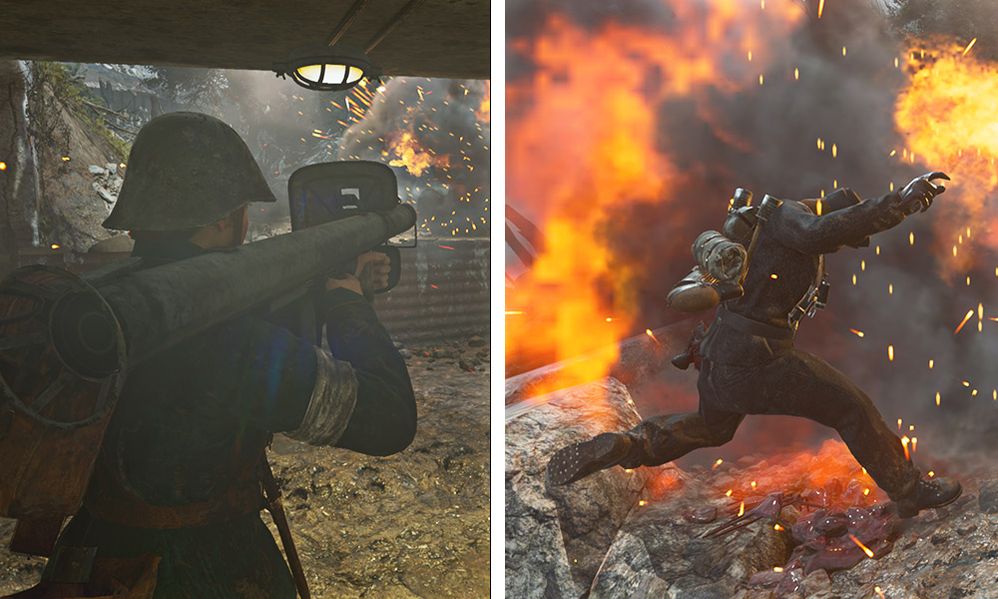 You can put a Launcher to good use on any map: big, small, objective modes, Team Deathmatch – a shoulder-mounted rocket launcher is never a bad thing to have in your back pocket. However, there are specific modes and instances that lend themselves to Launchers. These things thrive in War Mode. Adding a Panzerschreck to your preferred War Mode loadout will make your team’s life substantially easier. Think about it like this: what are the things standing in your way when you’re attacking? Walls, hedgehogs, LMG nests or radios, right? Well, a Panzerschreck can take ‘em out with a direct hit from most any distance. Don’t expose yourself planting bombs on walls or hedgehogs anymore. Take aim and send an explosive round at those buildables and they’ll be blown to pieces. And, if you’re having trouble taking out radio equipment, maybe send a rocket whistling through a window or doorway. There’s a good chance you’ll get a couple radios or a pesky defender. Or both. All without using any Lethal grenades or getting too close.

We could go on listing reasons Launchers are a wise loadout choice and instances in which they come in handy, but, to be perfectly honest, the best persuasion comes from experience. So, give the Bazooka a go in Hardpoint or strap on the Panzerschreck in War Mode and see if you don’t keep coming back to these hulking rocket-huckers. They’re an extra dimension to the game and, trust us, they’re a hell of a lot of fun, too.