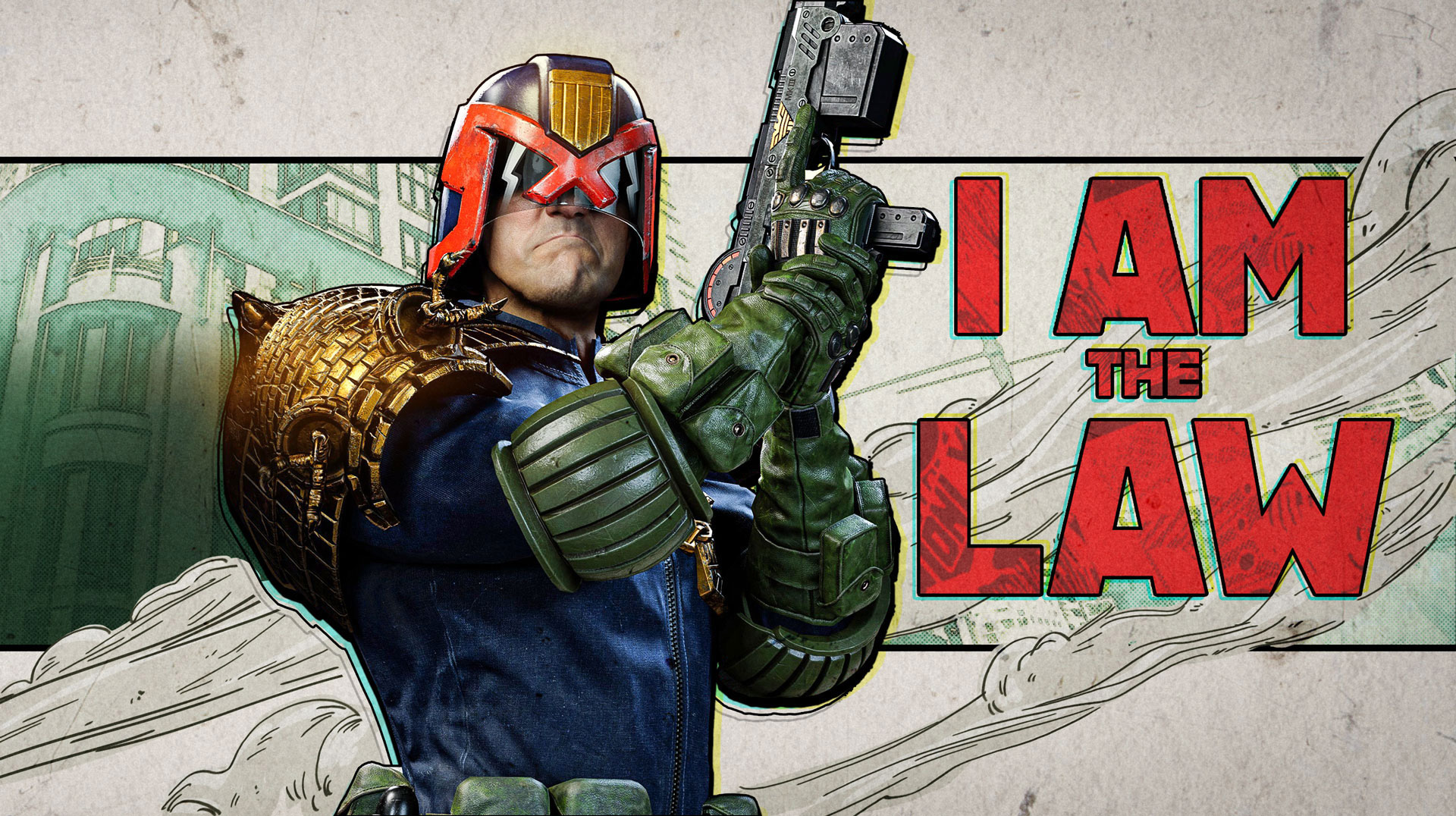 Available for a limited time, the Tracer Pack: Judge Dredd Store Bundle can put you — or more specifically, elite Operator Ingo Beck of the Warsaw Pact — in the boots of an icon from one of Britain’s most legendary and long-standing comic magazines. This Bundle is available from September 14 at 10:30 AM PT until October 14 at 10:30 AM PT. 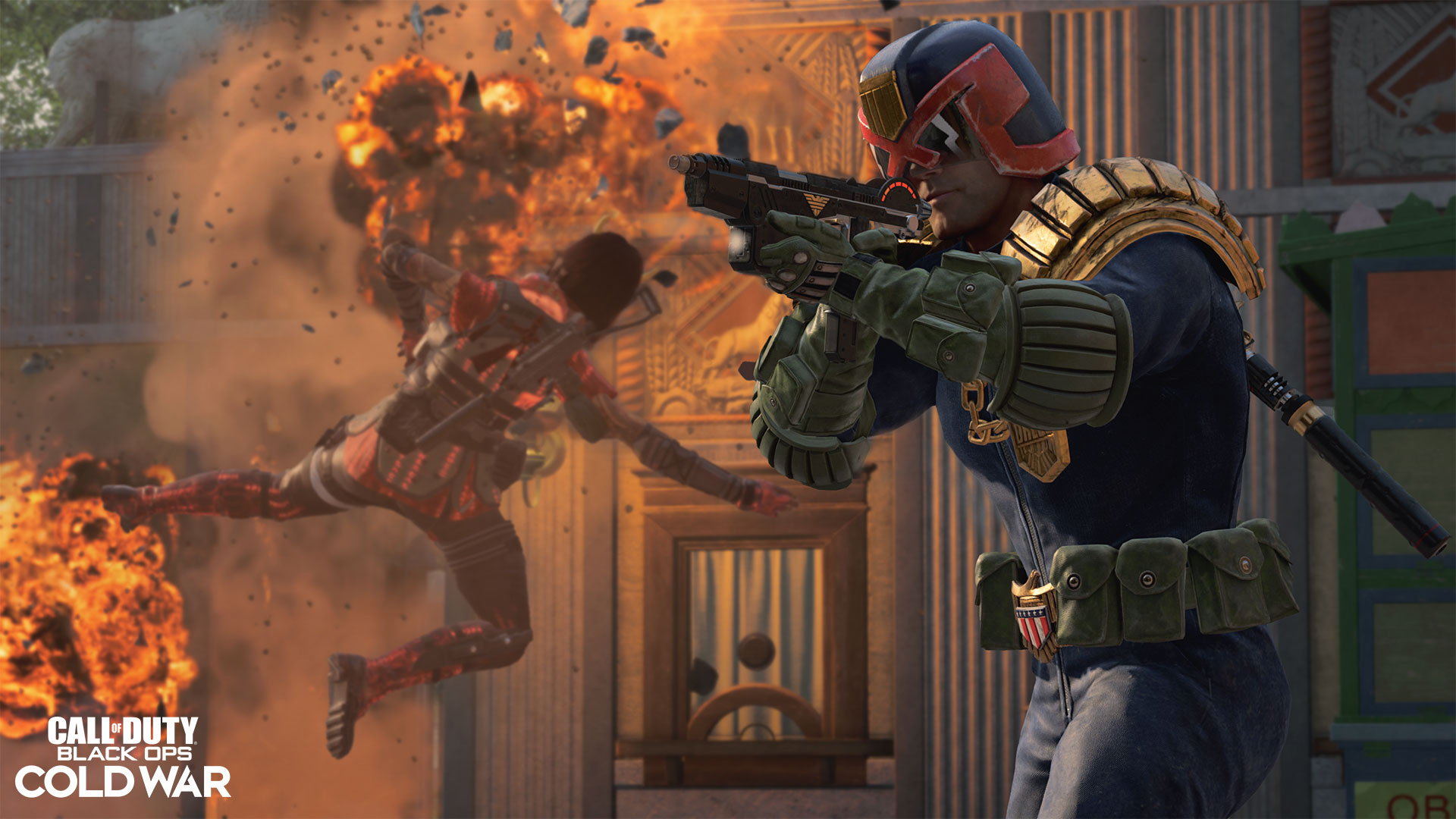 Introduced to the United Kingdom in 1977 and brought to the United States in 1983, a year before the “current events” of Black Ops Cold War, Judge Dredd is a household name within the European comic book world. He is not a typical “superhero,” but rather the definition of law and order, as revealed in his backstory:

Cloned from the founder of the Judges, the “Father of Justice” Eustace Fargo, Joe Dredd was engineered to be among Mega-City One’s greatest law enforcers, and his reputation as the toughest, most respected and feared of the zero-tolerance cops precedes him.

Uncompromising and unwavering in his commitment to the law, Dredd strikes terror in the hearts of any criminal with his mere presence. In the vast twenty-second-century metropolis, every citizen is a potential perp, and Dredd is the epitome of summary justice.

With the power to sentence and, if necessary, execute, backed with an array of weaponry, he’s the force of order, standing against a tide of anarchy. 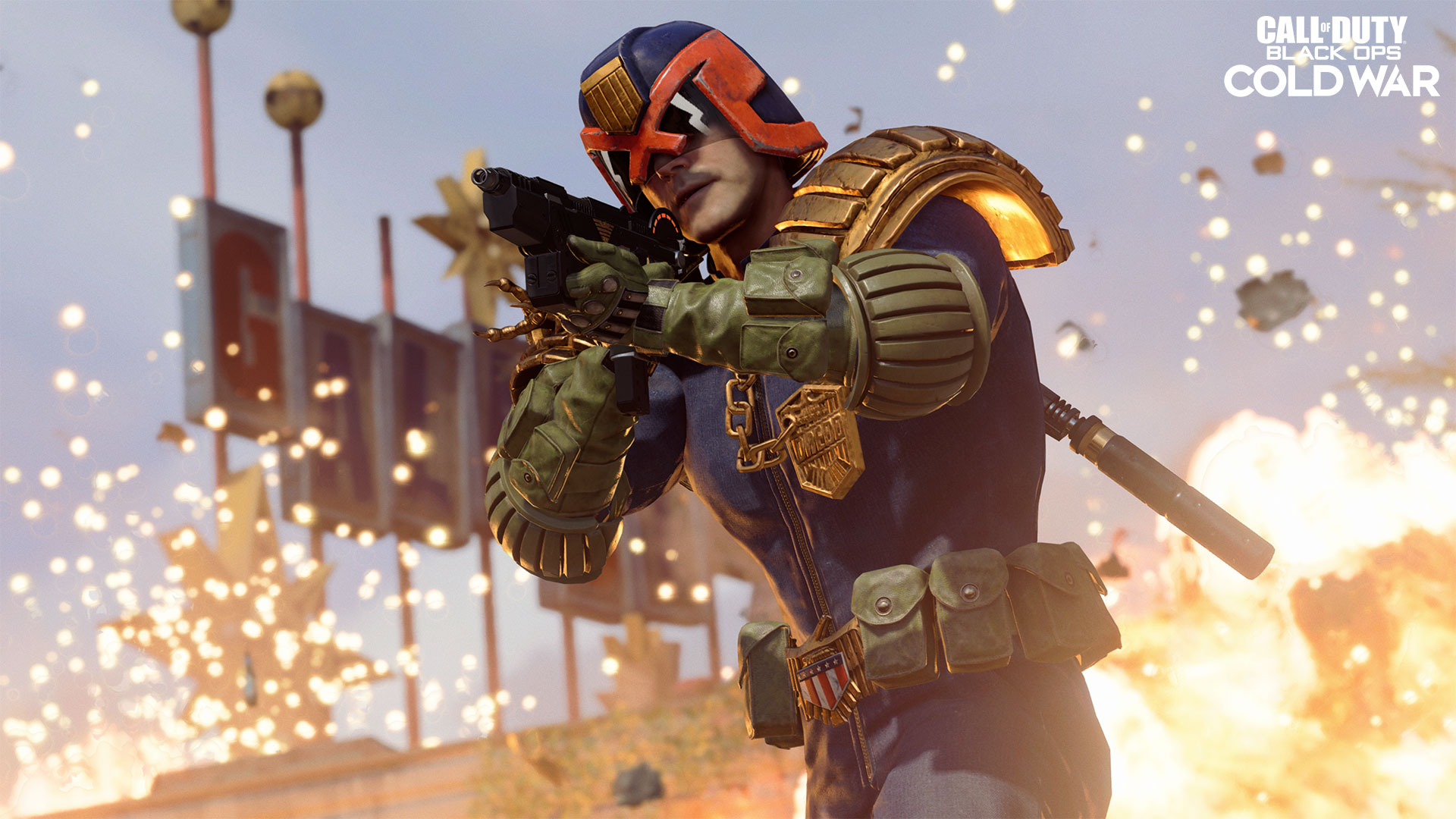 How does this powerful Judge make his menacing presence felt in Black Ops Cold War? First, he needs a conduit: Ingo Beck of the Warsaw Pact, a demolitions and bomb-disposal expert who, despite his calm demeanor, appreciates Judge Dredd and his firm stance on lawbreakers.

Years into training EOD specialists in Diensteinheit IX, Beck received “critical evidence” from NATO — Judge Dredd comic books — by a student who thought his dry humor approach did not always defuse tense situations. Since then, Beck traded plenty of bartering currency — mostly coffee and chocolate from the government-owned store — for any Dredd comics available across the wall with NATO defectors or other contacts.

By purchasing the Tracer Pack: Judge Dredd® Store Bundle, Beck can be outfitted in two Judge Dredd skins: the law enforcer’s main uniform in “Judge Dredd” and the “Comic Strip,” a black-and-white cel-shaded variant of the lawful bringer of justice.

In addition to these two Skins, the Bundle includes three Weapon Blueprints: the “Quick Judgement” SMG, the “Arbitrator Rifle” Assault Rifle, and the “Lawgiver” Pistol, based on the standard-issue weapon given to all Judges (note: no palm print needed to operate). It also has the “Incendiary” Finishing Move, the “Book of Law” Weapon Charm, the “Judge’s Watch” Wrist Accessory, an Animated Calling Card, and an Emblem.

Remember: this Bundle is only available for a limited-time — until October 14, you have the right to get your hands on these nine items before they are locked away from the Store.

[UPDATED] Call of Duty®: Vanguard Multiplayer Revealed — Everything You Need to Know for Weekend 2