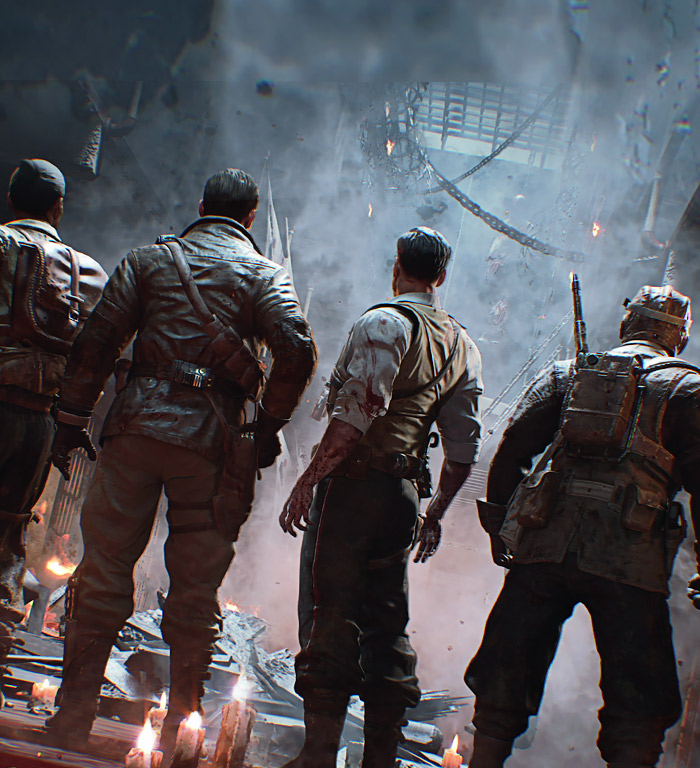 Back to the Lab: It’s Blood of the Dead!

Back to the Lab: It’s Blood of the Dead!

As the curtain rises on Blood of the Dead, the highly-anticipated re-imagining of fan-favorite “Mob of the Dead,” we are re-introduced to Takeo, Dempsey, Richtofen and Nikolai -- the Aether story characters. Weapons in hand, they rush to of Richtofen’s Laboratory deep below Alcatraz Penitentiary, where a row of freezers preserves human experiments. 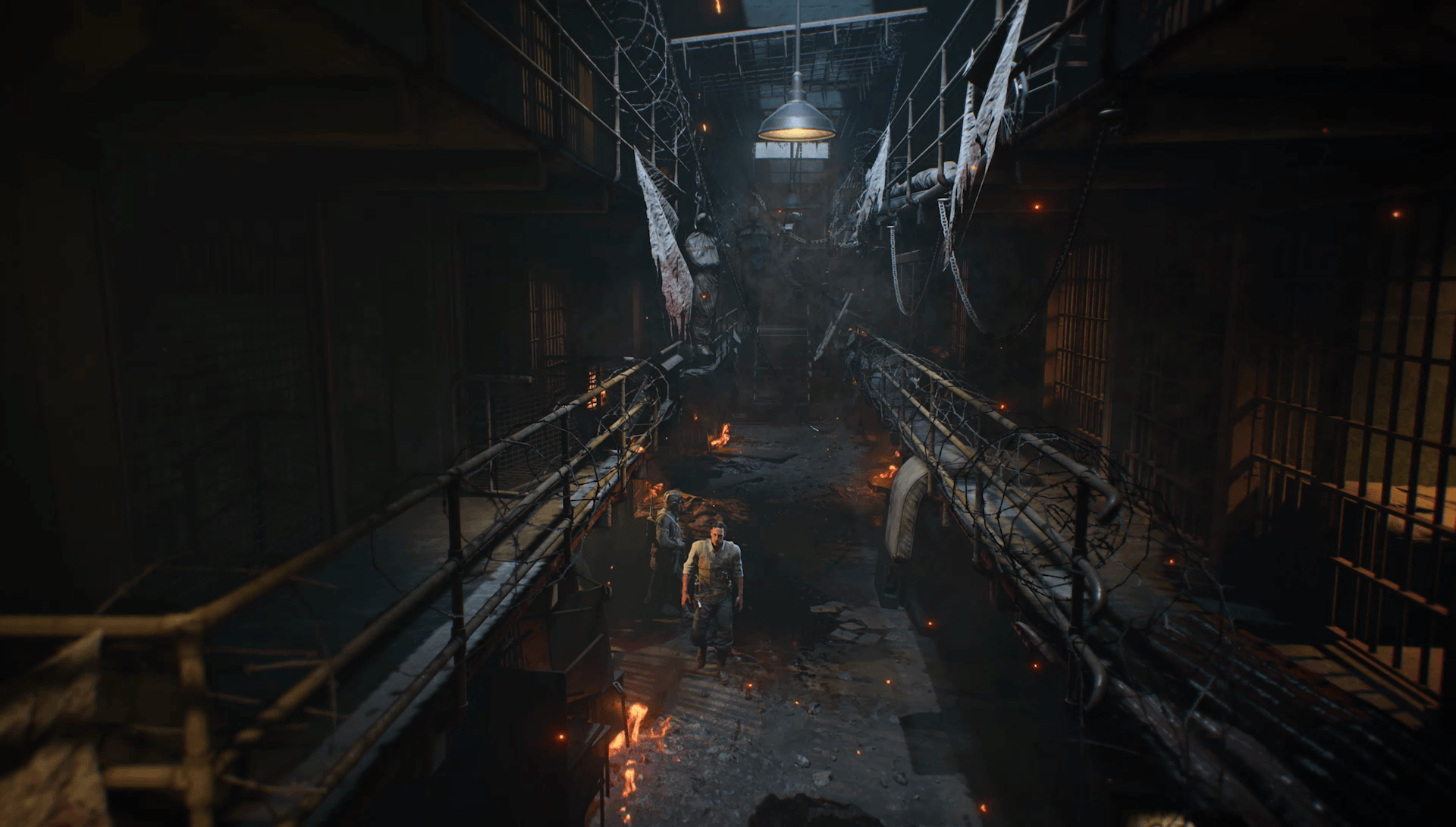 Be Prepared!
Spawn in Richtofen’s lab, and you’ll have just a short few breaths to get your wits about you before zombie prisoners bust open their cells and descend on your squad. So, spend time customizing your loadout before the match with Elixirs. These consumables can shape your fate in battle while also providing different boosts to help you work toward your goals. If you want to lead the charge against the Zombies or chase down the Easter Eggs, try an Elixir like “Phantom Reload,” to increase the chances that you can reload without using ammo stock. Or, if you are more comfortable in a medic or strategic role, use an Elixir like “CTRL-Z,” which turns all nearby zombies into allies for a brief time.

No matter what, remember to use Elixirs liberally -- particularly in the later waves. While you will have to wait for a cooldown period before you can use them again, Elixirs are meant for repeated use. These are often exactly the boost you need to brave the stronger zombies you'll meet as you fight through higher rounds.

In addition, make sure to choose a Talisman. Unlike Elixirs, your Talisman is a modifier that is consumed at the start of the match. Choose wisely, as you can only carry one, but Talismans like the Epic “Sigil of the 4th Circle,” which lets the user start the match with an LMG, can provide an extreme upper hand, right away.

As you leave the lab and wind through Alcatraz, it is your mission to help our heroes escape -- but even at Round 1, Blood of the Dead is an all-out race against death. Maximize your points in the early rounds by rebuilding barriers to slow zombies' progress. 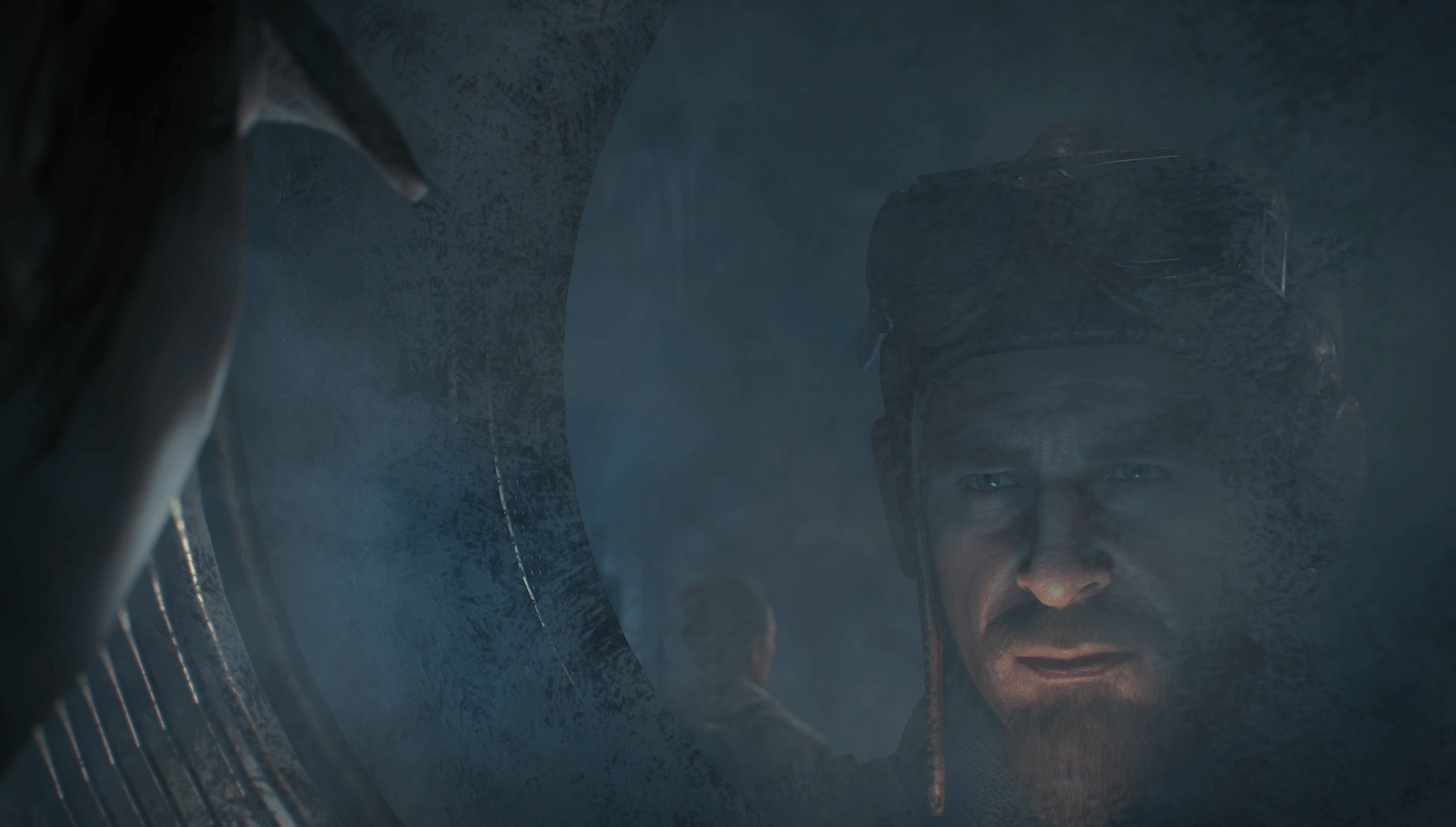 Enemies
From the moment Takeo, Nikolai, Richtofen and Dempsey begin exploring Alcatraz, zombie prisoners swipe at them from their cells and Hellhounds descend to wreak havoc – while an appearance from Brutus, the colossal Zombies prison guard of Black Ops past, reminds our heroes of the dangers that await.

Watch for the Warden, a powerful mini-boss who absorbs bullets at an alarming rate. It is difficult to kill him, so coordinate with your team and try to attack from the flanks.

The Warden isn’t the only powerful enemy you’ll face, but if you make the most of your loadout and keep in contact with your team, taking these enemies down should be no sweat (with some practice, at least).

Enter: The Special Weapons
It’s a big map and a tough challenge, so the need for Special Weapons is high. Visit the Zombies Overview on the Call of Duty® Blog to explore the Special Weapons of the Aether story: Ragnarok DG-5, Hellfire, Path of Sorrows and Overkill. Each Special Weapon scales up in strength the more zombie kills it lands, so try them all to experiment with their powers and see which one works best for your playstyle.

Then, Jump In.
Beyond the thrilling adventure that comes with discovering artifacts, surviving, and simply killin’ zombies, there’s an incredible story to uncover in Blood of the Dead. Keep at it and you’ll get to the bottom of this space-and-time-defying adventure … just make sure you escape Alcatraz first.