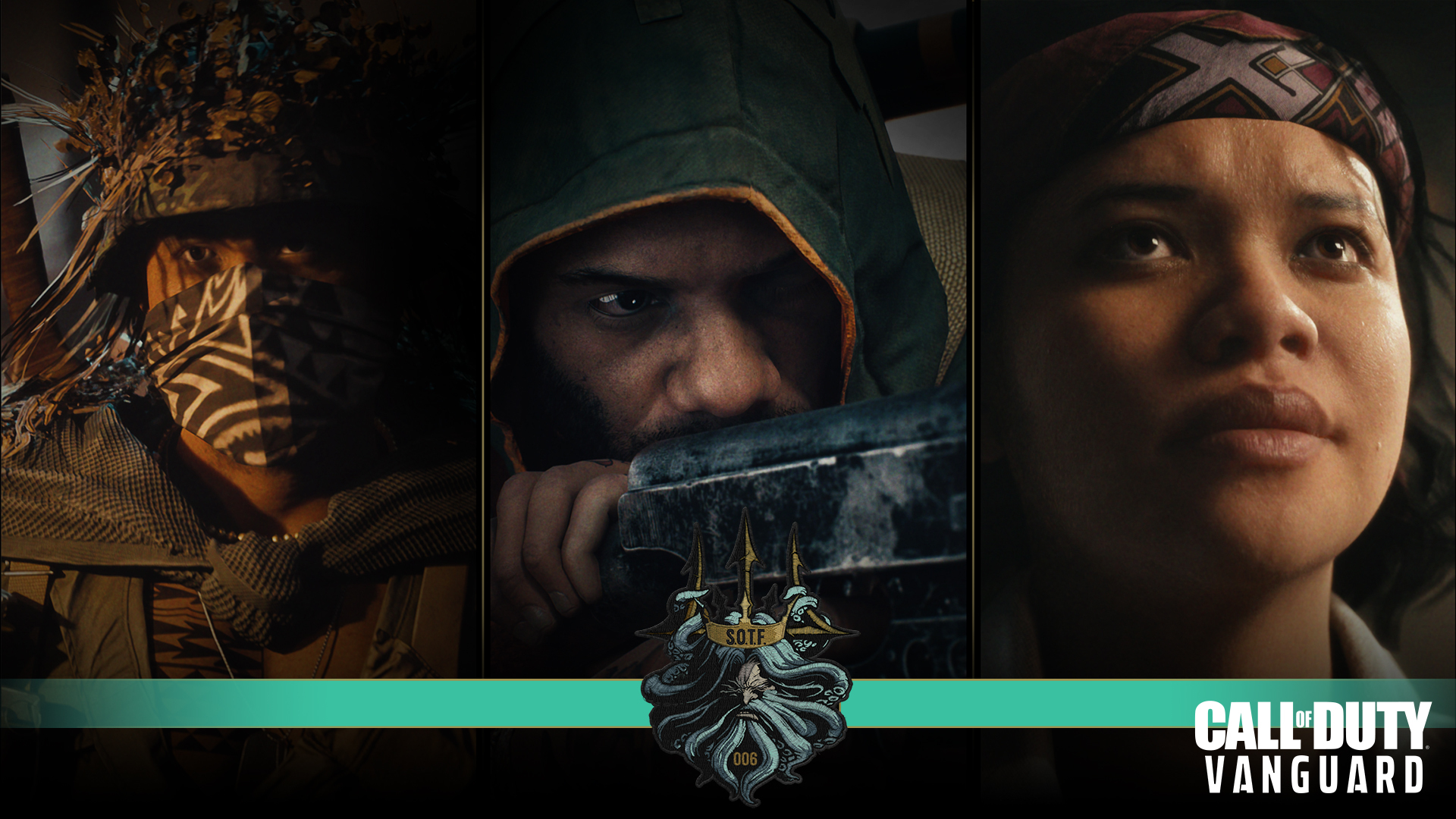 Following the completion of Operation Phoenix, a new danger arises as Axis scientists and leaders flee to the South Pacific. Of particular interest is the uncharted island of Caldera, for which a new team of specialists is needed.

As Captain Butcher gets the green light for Operation Vulcan, he recruits Special Operations Task Force 006: Trident. Deploying in Season One of Call of Duty: Vanguard and Call of Duty®: Warzone™ Pacific, the three new Operators of Task Force Trident are a force to be reckoned with, and it all started with one man: Francis “Kai” Lanakila. Let’s meet him and the other Trident Operators now: 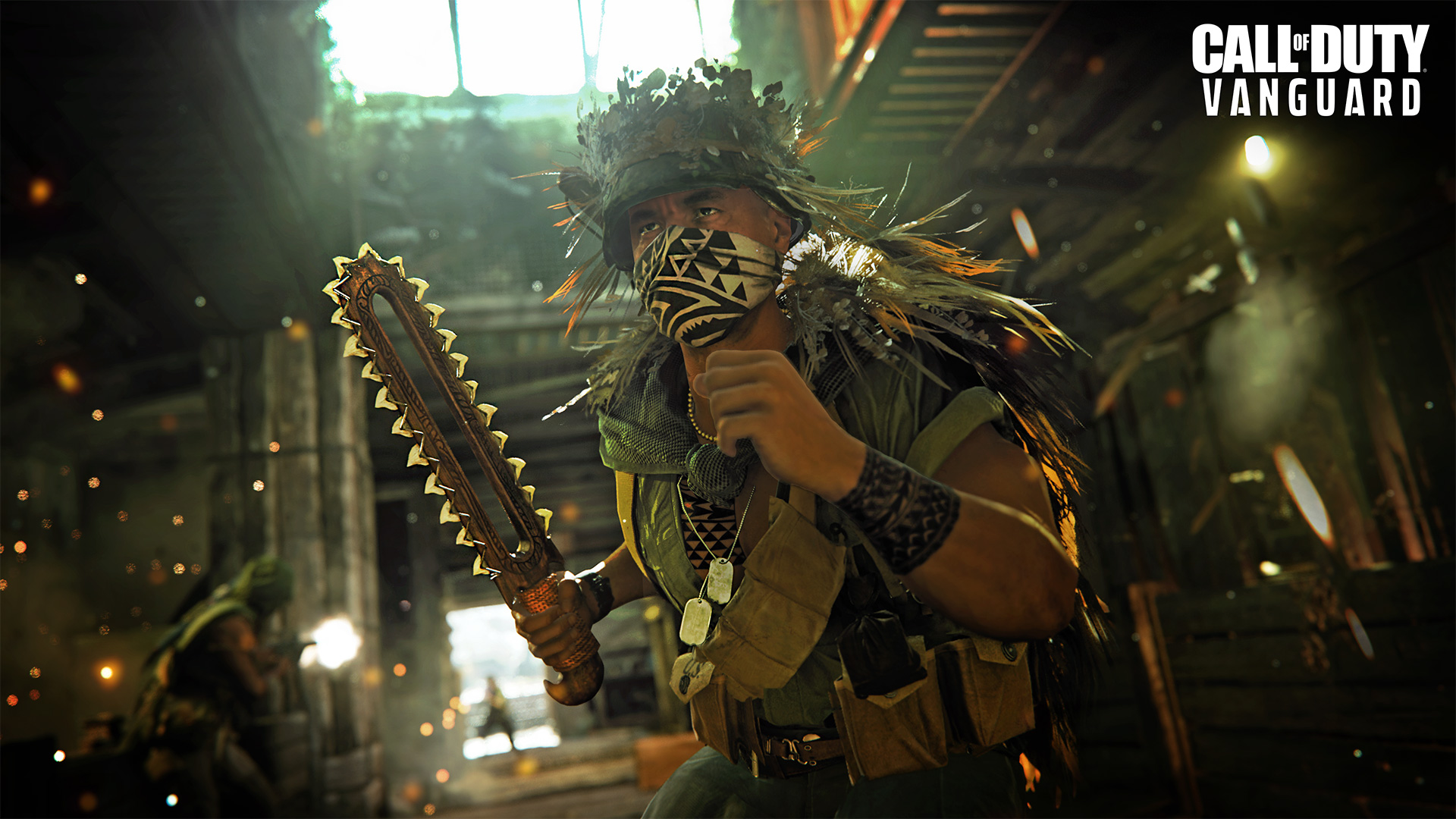 Leading S.O.T.F. Trident is the inimitable Francis “Kai” Lanakila, arriving first in the Season One Battle Pass. Here’s what we know:

Favorite Weapon: Cooper Carbine (unlocked for free at Tier 15 of the Season One Battle Pass)

Born and raised in Wahiawa, Oahu, in the territory of Hawaii, Francis grew up around his family’s restaurant business where he developed his love for food and people. As a soldier, he tries to bring moments of joy to the battlefield with his makeshift meals for fellow soldiers.

In combat, he fights boisterously, putting on a show to raise morale and terrify the enemy. Loyal to those around him and willing to learn from his past mistakes, Francis “Kai” Lanakila is the perfect soldier for rallying his teammates and getting the job done…and looking good while doing it.

Unlock Francis and his default “Kingdom” Skin immediately at Tier 0 through purchase of the Season One Battle Pass. Get to Tier 100 to don a mask of fire with his Legendary “Awoken” Skin. 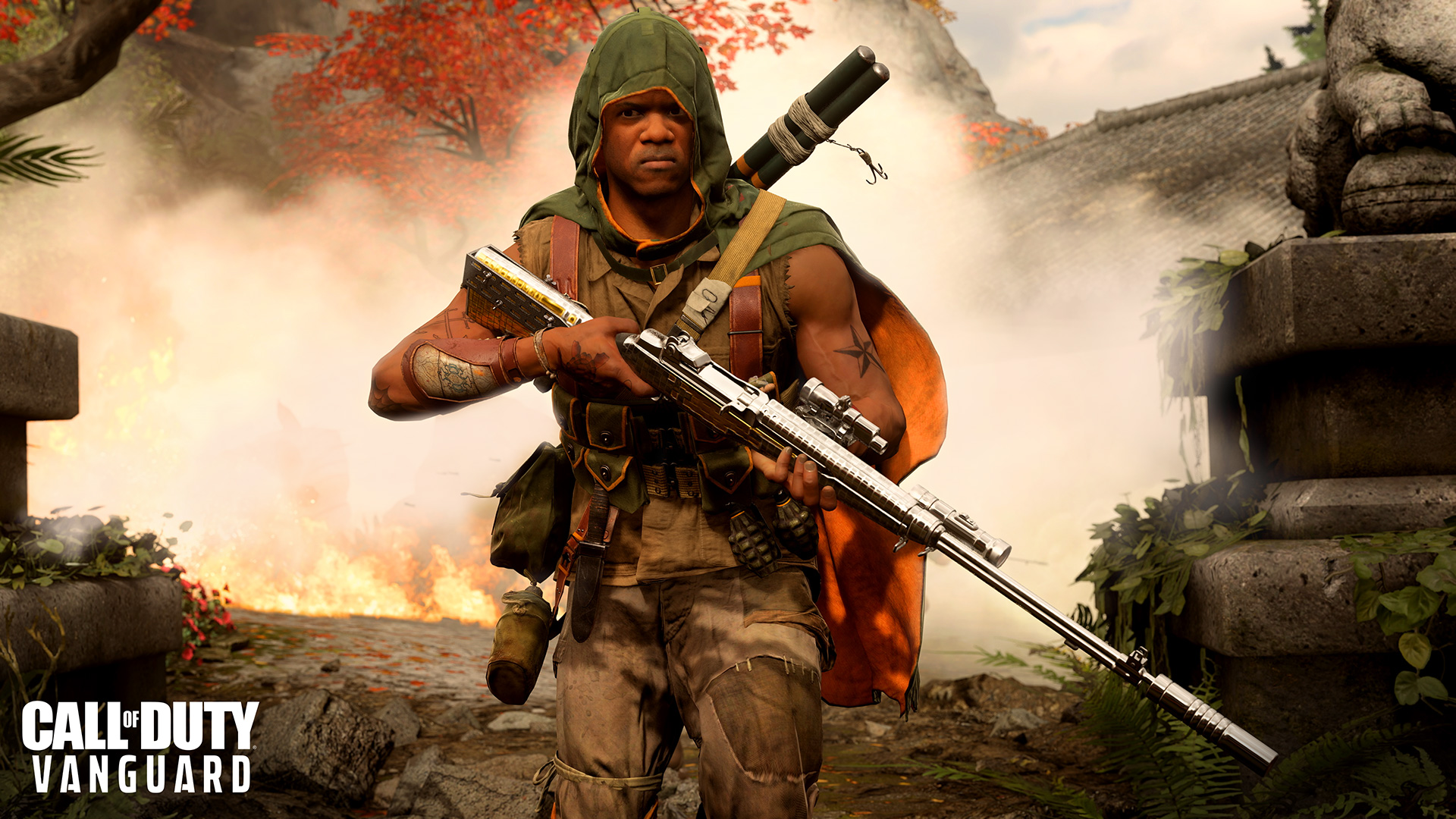 The other two Trident Operators will arrive later in Season One via featured Bundles, starting with the highly resourceful sniper, Lewis Howard.

Favorite Weapon: Gorenko Anti-Tank Rifle (unlocked for free at Tier 31 of the Season One Battle Pass)

Born in Bayou La Batre in Mobile Country, Alabama, Lewis spent countless hours as a child fishing with his grandfather and his brother. He later got work as a shrimp fisherman on the Mississippi Sound and then joined the Civilian Conservation Corp, where he became involved in construction.

After being drafted and trained in 1942, he was assigned to the 25th Infantry Regiment, where he was well-liked by his fellow soldiers. Though he never learned to use a gun in his youth, his patience and resourcefulness have paid off in spades. A calm and quiet man, he appreciates the solitude that comes with being a sniper. 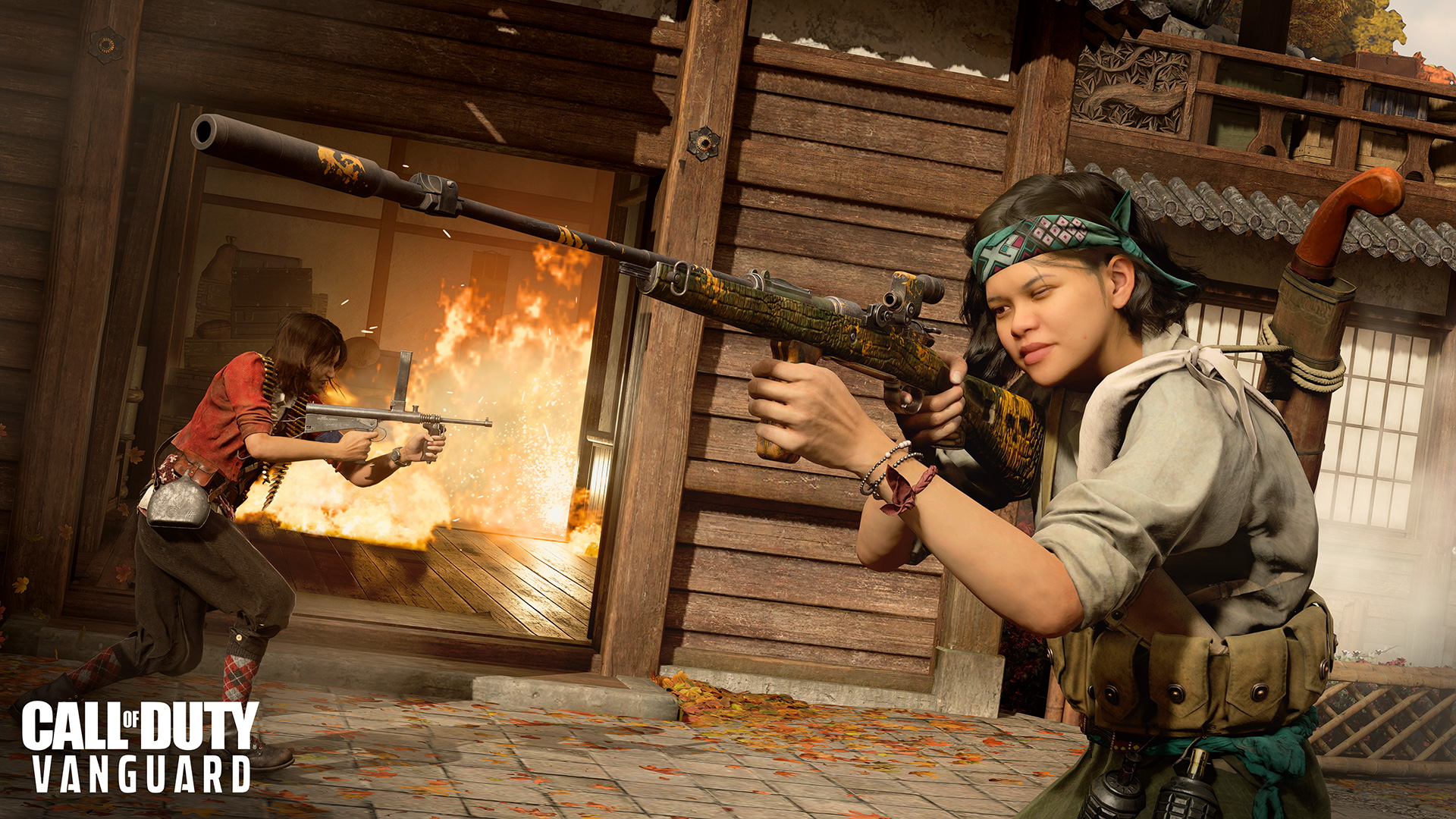 Citizenship: Commonwealth of the Philippines

Raised in the Territory of the Philippine Islands, Isabella was trained by her father from a young age to be a martial arts master. During her childhood, he taught her Arnis, the national martial art of the Philippines. Together they practiced hand-to-hand combat, as well as fighting with sticks, knives, blades and learning weapon-disarming techniques.

Following her father’s tragic passing, she joined the Hukbalahap Resistance, where she further honed the fighting skills he had taught her. A deadly close-quarters specialist, she continues the fight in order to seek justice for her father. 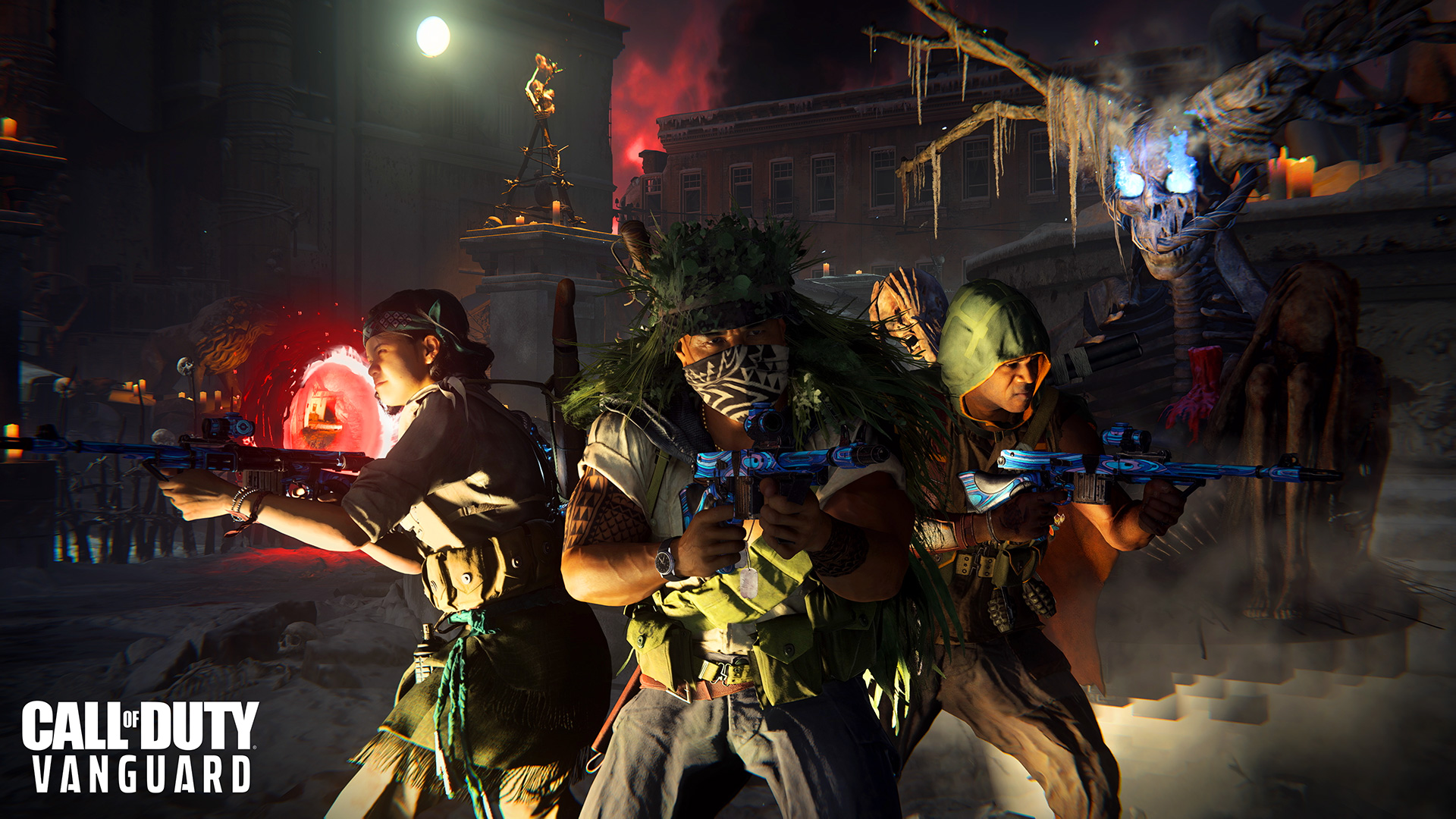 All three Trident Operators come with their own 20-level Operator XP progression path, including XP bonuses, two new Skins, and other rewards. Use their favorite weapons to rank up more quickly. Level all three members of Trident to 20 to earn special gold-trimmed Operator Skins, and level to Diamond if you’ve maxed out the other four Task Force groups as well.

Now prepare for deployment as Task Force Trident, arriving at the start of Season One. Whether you plan on warming up in the new Season One Vanguard Multiplayer maps or heading straight to Caldera in Warzone Pacific, you know you’re in good company.

A paradise for combat on an incredible scale… Caldera is ready to kick off the first season of Vanguard and Warzone Pacific on December 8, with Vanguard owners getting 24 hours of exclusive play access to the new Warzone Pacific map. This is what you need to know before you drop into Caldera, and the latest Season One intel.

Where Are You Dropping? Top 20 Landing Spots in Caldera, the New Map for Call of Duty®: Warzone™ Pacific