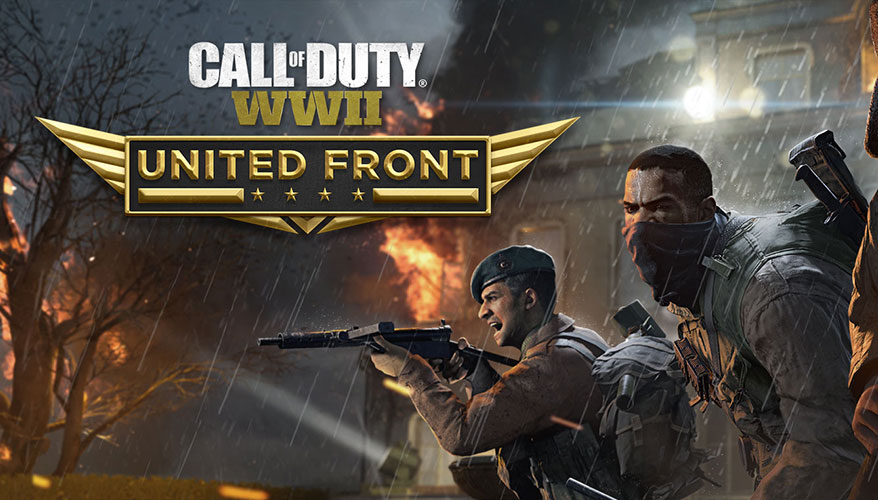 Learn the ins and outs of the three new Multiplayer maps included with the Call of Duty: WWII United Front DLC pack.

Learn the ins and outs of the three new Multiplayer maps included with the Call of Duty: WWII United Front DLC pack.

Starting today, PlayStation 4 owners will be able to get their hands on United Front, the third DLC pack for Call of Duty: WWII.

Along with a new War Mode experience and the next Nazi Zombies chapter, United Front will bring three new maps to Multiplayer – Market Garden, Monte Cassino, and Stalingrad. We got the chance to take a close look at all of them, and we have enough intel to prepare you for your next mission.

Here’s what you need to know about all three of these new Multiplayer battlegrounds:

Set in a Dutch mansion taken over by Axis forces, Market Garden is all about interior control. Battles will most likely take place inside the central mansion, so the best shotgun or submachine gun Division will be an invaluable asset to your success and survival.

The Cavalry Shield found in the new Cavalry Division can also be a viable weapon choice for this map. Face the enemy with your Iron Shield and you will be able to soak up plenty of damage while your teammates drop in for the kill.

Alternatively, you can play around the two main flanking routes to the east and west of the mansion. There is an opening in the war room that leads out into the submerged path and a backdoor in the kitchen that leads to an alley. Use these openings to make a surprise attack or get out of an overwhelming situation.

Monte Cassino, at its core, is a three-lane map with a mix of interior and exterior combat. This map is a playground for aggressive players, who will be able to duck into buildings towards the next fight or objective.

Take a submachine-gun that can manage the occasional mid-range gunfight, such as the PPSh-41, and run wild around the rooftops and the cliff pathfinding your opponents. Monte Cassino is conducive to surprise gunfights and flanking, so be sure to check all your corners before you decide to reload.

Those who would rather use a rifle will want to stick to the rooftops, as they provide several vantage points above key courtyards and other objective sites. One weapon that could work for this playstyle is the M1941, a fast-firing rifle that has a generous four-shot kill range.

Bundle up for a fight in a war-torn Soviet city, because your enemies will not be giving you a warm welcome when you spawn in.

The map is based around two opposing bases – one to the north and one to the south – where snipers will be tempted to set up shop for most of the game. Both bases provide great sightlines over most of the map, which means anyone with a long-ranged weapon like a sniper, LMG, or rifle will have plenty of room to work with at either base.

Sharpshooters can also venture out into the center of the map to secure the foundry platform or fuel pump platform. These areas are great overlook positions that can give you an advantage when trying to take out those pesky base snipers.

Although this map has plenty of opportunities for long-range combat, aggressive-minded players will not get the cold shoulder. Using a submachine-gun in the sewers to the west or foundry to the east is a great strategy for giving your teammates a tactical advantage when trying to capture an objective on the other side of the map.

These tips should give you a blueprint of how you should play each of the three new Multiplayer maps. The best way to get better at these maps is to play them often, which you can do by playing special featured playlists that offer a mosh pit of game modes on these maps for a limited time.

Drop into the new United Front Multiplayer maps, experiment with new strategies to become a better player, and, most importantly, have fun!