Fighting a war from the shadows demands a squad.

While it’s important to be comfortable by yourself and there’s no shame in having some “me time,” it’s equally crucial to be sociable with the people that matter in your gaming life: squad mates.

Show your friends some love and spread the Season Pass around a little bit. Here’s how you do it. 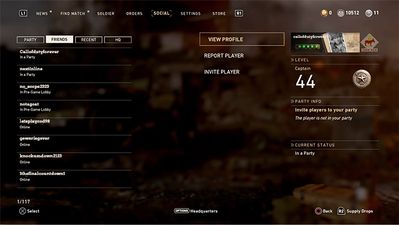 Once you’re in a Party together, you’ll appear side by side in the pre-match lobby, looking like a  squad. Where you decide to deal your damage is up to you, but it’d be worth your while to focus on objective-based modes like Hardpoint, Search and Destroy and Domination. You’d be surprised how much more effective a coordinated attack is versus just running around, blasting away willy-nilly. 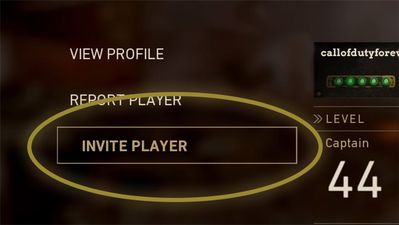 For those of you who may not be connected with anyone, no worries. What better way to meet new people than with a little DLC 4-based bribery? Head to HQ and find some new partners in crime to connect with. Send out some friend requests and get in a match together. Chances are they’ll become staples of your Call of Duty® life. When you start getting purely gaming-related "u up?" texts, you know it's real.

So, if you’re a Season Pass owner, go spread that thing around a bit. If you’re not, make nice with someone who is, it’s sharing season. However you make it happen, party up and unleash some coordinated thunder.

*Party Up feature access will end on or before Oct. 28, 2018 and may be discontinued in Activision’s discretion. Season Pass owner must be Party leader to enable feature.