Fight the enemy in every nook and hideout they have left.

You’ve fought in Europe. You’ve fought in Africa. You’ve fought in the sea, on land and in the sky. Now, DLC 4: Shadow War takes you to what remains of Nazi strength to snuff out the enemy for good. Mark the end of Call of Duty®: WWII’s DLC-eason with battles in the visually-diverse climates of the frigid Alps, dusty caves of Algeria and the remnants of the Nazi headquarters in France. And, last but far from least, an all-new War Mode packed with Nazi secrets, terrifying tech and super-charged weaponry. 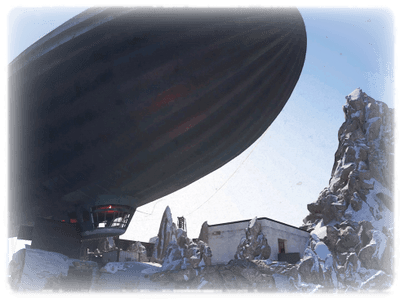 Squirreled away among the Alps is a German airship base. Conducting experiments on the futuristic technology of warfare, the Nazis keep their technological advances under wraps in a secluded area with snowy peaks that tell no tales. As you navigate this icy military installation, a docked airship first grabs your attention. You can reach the ship by leaping onto a ladder or climbing a set of stairs. From the ship’s deck, you can either utilize the elevated vantage point or plummet to your death off the side (we prefer the first option, but you do you). Looking down from the airship, you have structures on either side of the center area. Both sides provide multiple levels and flanking routes as well as plenty of tight areas for ample close-quarters engagements. 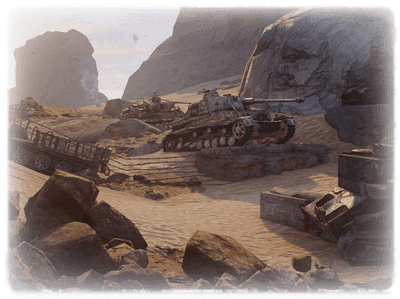 Sticky-fingered Nazis have accumulated quite a stash of stolen goods over the course of their expansive reign and, as their empire crumbles, it’s time to steal it back. Stashing stockpiles of gold and art in Algerian mines probably seemed like a good plan, but the Allies have arrived and those stolen items will likely be returned in short order. Immobilized tanks and short, rocky outcroppings abound in the surrounding areas of the mine. Smart navigation plays up in this cover-rich environment. The mine – in addition to housing an impressive stash of gold and artifacts – provides plenty of dark areas for skulking. A savvy player will expertly navigate in and out of the mine, utilizing the terrain and lighting for protection. In objective-based modes, the new Commando Division’s Paratrooper Insert makes you a lethal, relentless force amid the red rocks of this Algerian landscape. 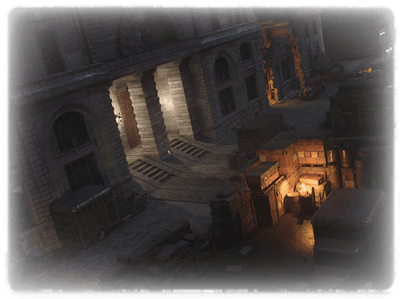 The Nazi modus operandi was to occupy the most opulent buildings in recently conquered lands to establish operating bases in them. With their military beating feet in retreat, what remains of this impressive French mansion is the battleground called ‘Chancellery.’ The impressive estate contains a central courtyard which produces heavy action. Multiple 2nd floor vantage points facing the courtyard give players the opportunity to protect the area with longer range

engagements. On either side of the courtyard are flank routes with long sightlines. Locking these lanes down isn’t easy due to how easily enemies can dodge from cover to cover and back into the house with ease. The map provides engagements of all sorts as well as multiple intersecting routes to sneak around or behind fortified foes. 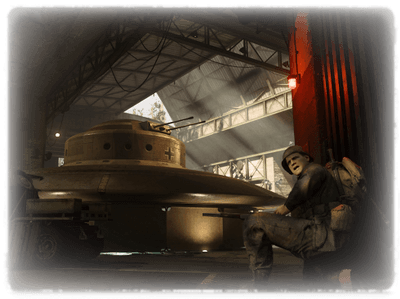 Following failed incursions into Russia, Africa and swaths of Europe, the Nazis have no choice but to protect what little might they have left. Chief among those things worth protecting: their collection of terrifying, futuristic military technology. Your mission is to infiltrate a military production facility hidden deep in the dense forests of Austria, then steal schematics and secret weapons and destroy the mysterious “Nazi Bells.”

Part I: Breach the facility by destroying one of two barricades blocking the entrances.

With this level of fortification, it’s a good bet that whatever these barricades are protecting is pretty important. You only need to destroy one of these defenses to advance, but that doesn’t mean it’ll come easily. The path from the gate to the barricades is littered with large objects and crates. Properly utilizing this natural cover can frustrate enemies and keep your engagements within a much shorter range. As is the case in any War Mode, properly deployed Smoke Grenades make your objective-based life much easier.

Once you’ve broken the initial enemy defenses, you’ll find a cavernous facility with open areas and staircases. These stairs lead to smaller rooms where top-secret military technology is kept under tight protection. It’s up to you to steal the schematics and deliver them back to your spawn area. The Airborne Division keeps you ready to fire mid-sprint and the Mountain paired with a silenced weapon will keep you off enemy radar.

Part III: Escort the tank through the facility while it destroys enemy targets.

As a veteran of six previous War Mode operations, you’ve likely escorted a tank or two – just not like this. You push out towards the back of a facility – your tank blowing up enemy tech as you progress – with ample space and angles for defenders to stall your progress. Keeping enemies as far from your tank as possible is a decent strategy here, so this is an instance where having a teammate snipe from the periphery of the action can be extremely helpful. Pushing through the winding path towards the final target demands repelling wave after wave of defenders.

Attacking and defending in these stages heavily test your might under normal circumstances. However, this ain’t exactly normal. Attackers, keep an eye out for special weapon that’s, literally, out of this world. Defenders, make use of the super soldier serum lying around the battlefield. The terrifying look at top-flight science through a militaristic lens that can turn an ordinary player into something much more extraordinary.

That’s Shadow War. An exciting entry into the DLC packs of WWII that’s live right now on PS4. You know what to do. Get in there and experience the action.