Join the relentless, multi-kill masters of the Commando Division

“The better you play, the greater the rewards.” – Margaret Thatcher, celebrity

This Commando credo, as stated by the Iron Lady herself, encapsulates the mission and skillset of Call of Duty®: WWII’s newest Division. Rather than seeing a match as a series of loosely related gunfights, you’ll start seeing each successive kill as another step on the stairs to the XP-sky. Commandos can perform feats only seen in War Mode operations and their perks are amplified by in-game success.

Fundamentally, rolling with these crafty, aerial-assaulting warriors is a bet on yourself. In order to truly unlock the full power of the Commando, you’ve gotta taste a little bit of success. That’s why, throughout this guide to the game-altering power of this new Division, we’ve sprinkled in stirring, bite-sized nuggets of wisdom to ignite a dormant fire within you and spur you onto Multiplayer success. With these words and the power of the Commando Division, you’ll be near-unstoppable. 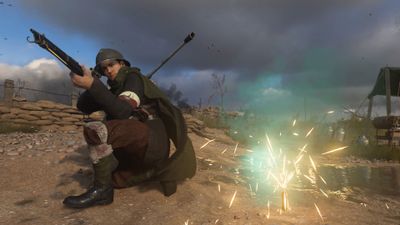 Level I: Paratrooper Insert to Designate drop site on spawn

In addition to some excellent-looking Uniforms, joining the Commando immediately gives you a handy flare as your Tactical. It’s called a Paratrooper Insert and it’s everything you’ve ever wanted for a game-changing Multiplayer asset. Drop this thing in any open area and you’ll respawn slowly descending from the sky. As you float to the ground, you have access to your weapon and a full range of motion. So, even though you’re visible, you’re far from defenseless. Additionally, when enemies run around an MP match, they usually aren’t looking skywards for a gunfight. This is where that surprise comes in. You’ll literally get the drop on them. And, when it comes to surprises, trust Lincoln.

“It doesn’t matter if you fall down. What matters is getting up quick enough so that nobody notices.” – Albert Einstein, famous klutz

Escaping a fight unscathed isn’t always an option. That’s why the Commando stand out for their healing abilities. Overall, your health recovers quicker from damage, regardless of whether you won a fight or simply escaped it. However, if you did win a gunfight and took a bullet or two, taking out your opponent immediately begins the healing process. This powerful asset makes you a chore for any enemy to take out. Simply finding cover for a moment is enough for you to regain health and return fire. If you’re trying to take an objective, winning a gunfight sets you up to win the next one… and the next one… and the next one.

The rich get richer when you reach Level III in the Commando Division because this is when your XP truly takes-off. Two things that tend to happen when you’re on a roll – multi-kills and headshots – give you a score boost as well as extra ammunition. That means once you start shredding by taking out a couple usurpers on a Hardpoint, you’ll continue your run of dominance with all the ammunition you need. Not only that, but your Level II ability complements this beautifully. Take damage? No problem, you’ll heal quicker. Worried about emptying rounds of that fast-firing Waffe 28? Don’t worry, you’ll keep getting more the more kills you rack up. More success breeds more success. 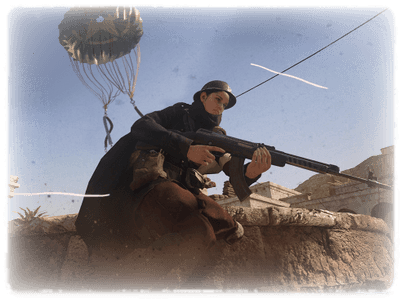 “One of something is cool. Two of something, though? That is also very cool.” – Grover Cleveland, bathtub connoisseur

Descending from the sky, health, XP and ammo boosts – at this point, why not throw in an extra Basic Training for good measure? Level IV Commandos possess that ability and it can flex in any direction you please. Hustle for run-n-gunners. Concussed for the Equipment-minded. Dualist for eye-popping dual-Pistol streaks. The options here are endless. This level stands out because it can do whatever you need it to. It’s not prescriptive and can be bent to whatever your in-game objective may be. As the former Tubmaster of Ohio said: two of something is also very cool.

In short, the Commando Division allows you to do things you couldn’t otherwise do in WWII. Things like: a self-selected, aerial spawn, health and XP assists and a second Basic Training speak for themselves. You’re just not getting the most out of your WWII experience if you don’t give the Commando a good run. So, drop a Paratrooper Insert, drop from the sky and do the one thing Abraham Lincoln taught us enemies hate: surprise ‘em.