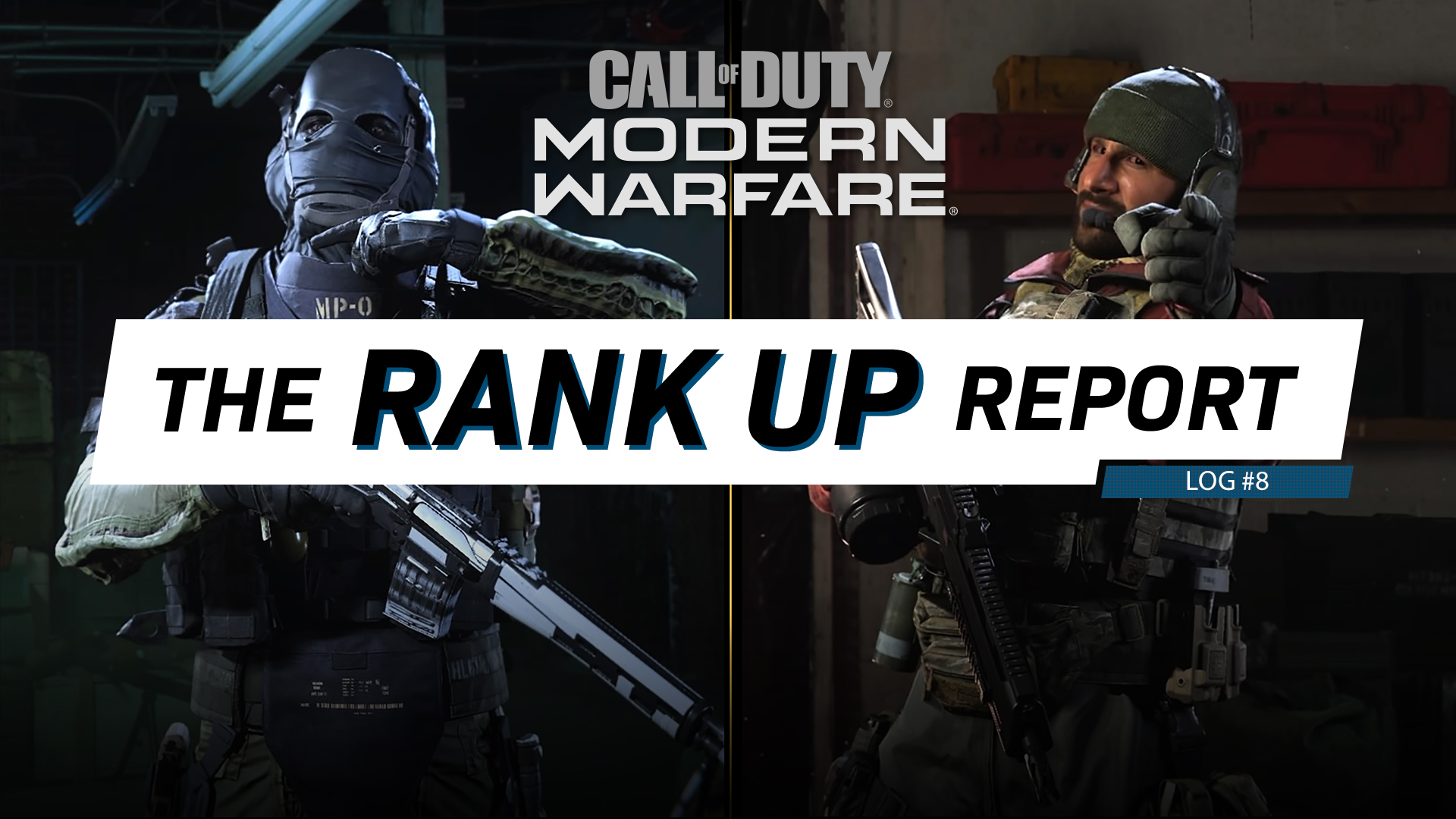 Kamarov’s newest recruit has arrived in Modern Warfare, and I made him a part of my squad the second he came out this week.

Available through his own store bundle, Nikto is the cold and calculating operator that pledges his allegiance to the Spetsnaz forces.

Ever since he was teased in the opening cinematic, I wanted to learn more about this mysterious badass soldier. What is his identity? Why is he fighting in this new war? And who caused him to hide his face from the world?

You can read more about him in our Allegiance Operator post here, if you’re as curious about his backstory as I was.

Not only did this bundle give me a new Operator, three weapon blueprints, and plenty of personalization options, but also a free Tier skip. That helped me progress further up the Battle Pass; with that Tier Skip, I passed Tier 71, which unlocked the Siberian Tiger Epic Blueprint.

Those with keen eyes saw this Blueprint a minute into the Season One Battle Pass Trailer. Along with its icy camouflage, this Soviet workhorse comes equipped with three attachments – the Thermal Dual Powered Scope, VLK Lightweight Stock, and Bipod Underbarrel – and the Mo’ Money Perk. 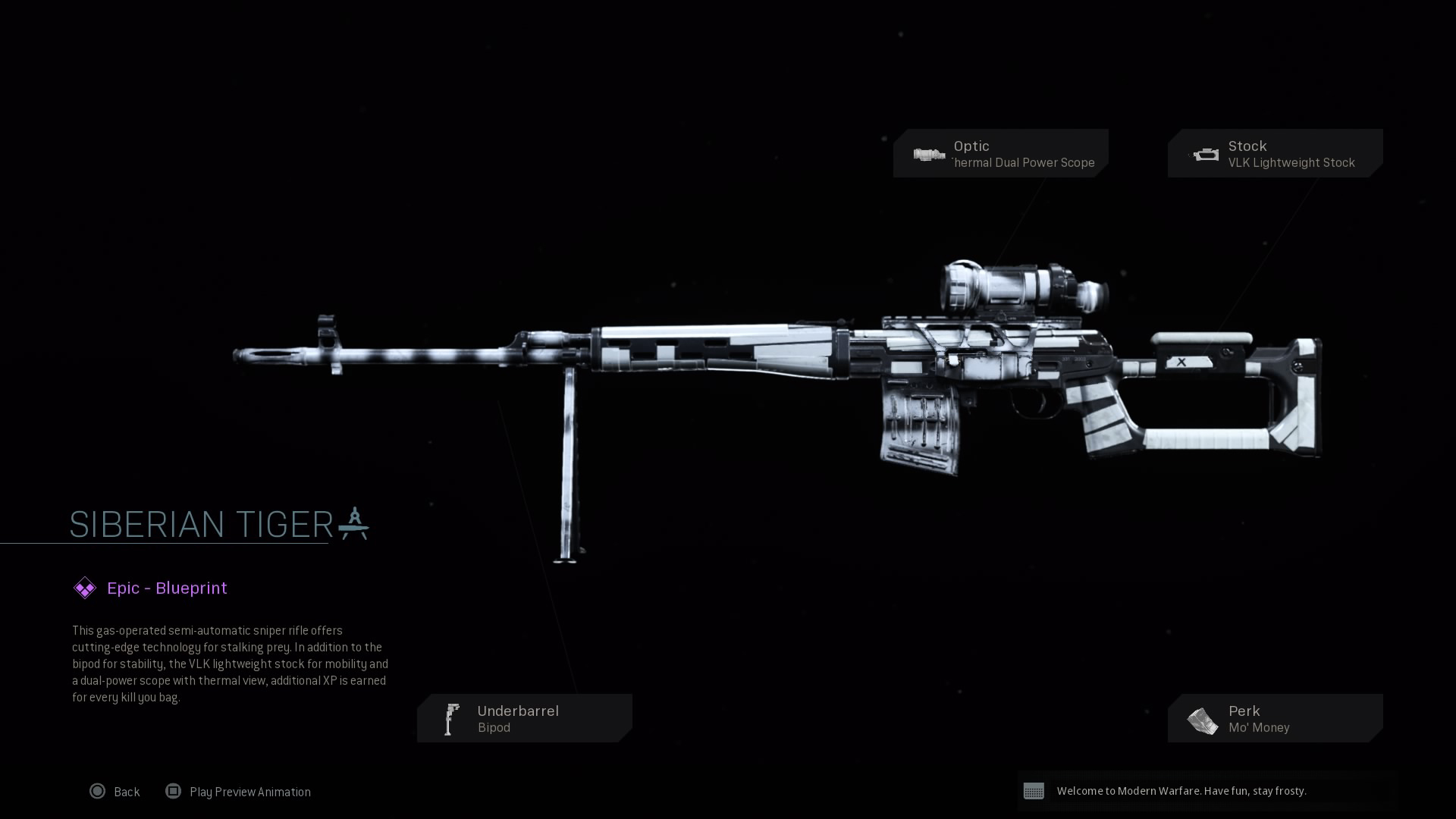 This Blueprint is, in my opinion, fantastic for Ground War, as the lightweight stock allowed me to get around the massive maps quicker while the optic and bipod let me mount up and pick off distant enemies. As for Mo’ Money, it helped me level up quicker since it gave me XP for every kill earned. In combination with a Double XP token from the Battle Pass, sniping-related Missions, and Officer Rank challenges, that Mo’ Money perk basically helped me skyrocket past the 120s for my Rank.

So, that is my long explanation as to why Nikto is my featured Allegiance Operator this week and why he is holding that ice-cold sniper rifle. As for my Coalition representative, I’ve been rolling with Wyatt ever since I completed his Battle Pass Operator Mission. That Mission unlocks early in the Battle Pass - Tier 10 – as part of the Battle Pass Bundle alongside his Urban Hip outfit.

Here’s how I breezed through his Mission to unlock his Digital and Going Gray skins, as well as a Calling Card and a Quip. Remember: all of these objectives require you to have Wyatt to be your selected Coalition Operator, and they can still be completed even if you’re playing as the Allegiance in a Multiplayer game.

·      Get 15 kills using an SMG with Wyatt as your Coalition Operator. I suggest finishing this within a single game where your team winds up winning, as it will help with the second objective.

·      Win 2 matches with Wyatt as your Coalition Operator. If you’re having trouble winning games, try playing objective game modes with friends and focusing on capturing objectives.

·      Execute 2 Finishing Moves with Wyatt as your Coalition Operator. Finishing Moves require you to hold down the melee button behind an enemy player. To get behind your opponent more easily, try using the Dead Silence Field Upgrade to silence those footsteps, the Tracker perk to hunt down players via footstep trails, and the Ghost perk to remain hidden from UAVs, Radar Drones, and other devices that can reveal your position.

·      Get 15 kills while using the Ghost Perk with Wyatt as your Coalition Operator. If you follow the above advice, you may already have a Loadout with Ghost on it. Just use it and breeze through this last objective!

With all this talk about the Battle Pass, you may be wondering how you can quickly progress up tiers to unlock all that content, especially with everything included in the Battle Pass Bundle.

Although we briefly covered Battle Pass progression when it first launched, here’s a few tips that can provide some clarification and advice for faster progression:

·      Skip Ahead. If you have some leftover Call of Duty Points – potentially from the Battle Pass – and are already looking to get a cool Bundle for the Store, check to see if any have a Tier Skip in them. That is a guaranteed Tier thrown into a ton of other content, which is great for immediately gaining access to a Tier. 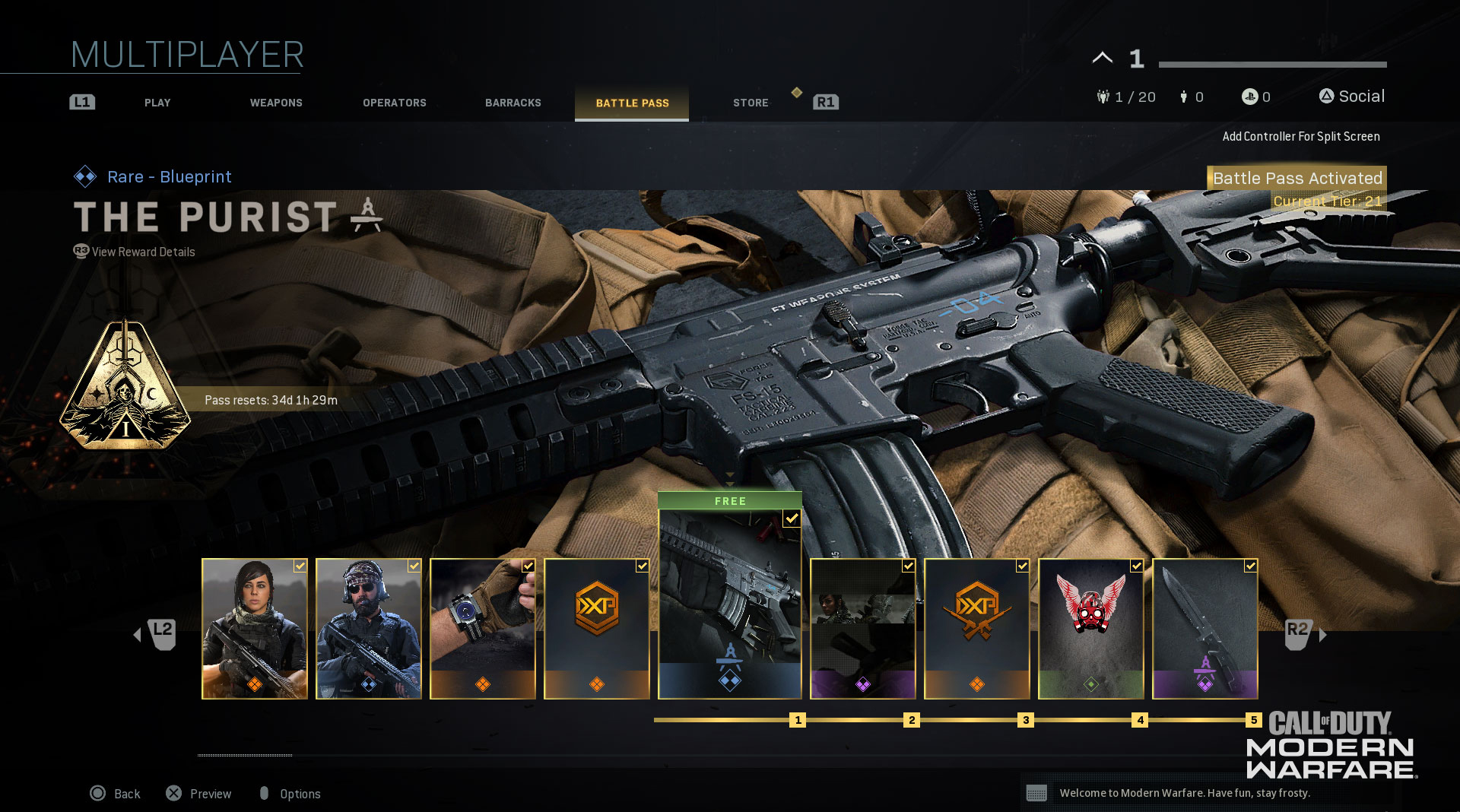 I personally have made it a goal to complete all 100 Officer Rank Challenges this season, which also significantly helps with Battle Pass progression. While some of these challenges are easy – getting 20 Hipfire kills and shutting down 40 enemy kill streaks (Buzzkills) just comes naturally by playing the game – other challenges, which are usually tied to higher XP rewards, could be harder to complete.

Because there may be some people who aren’t as far up the progression track as I am, I’m only going to point out the 10 toughest challenges within the first 50 ranks and save the other 50 for later this season.

·      Three Streak: Get 3 Kills without dying 60 times (Rank 61). This is a long, yet rewarding, challenge that awards one of the biggest bonuses on the board: 15,000 XP! To get three killstreaks more often, try running a loadout with Hardline to rack up Personal Radars and UAVs, which can help you scout out enemies for kills.

·      Cruise Missile: Get 30 Kills with Cruise Missiles (Rank 64). This can be completed in tandem with the Rank 61 challenge, as you can slap on the Cruise Missile for that last Killstreak and use those reconnaissance drones as stepping stones to earn it. As for earning 30 Kills, Ground War is a perfect recipe for multi-kills, since there are more players to hit and objectives that will gather them like moths to a flame.

·      Chopper Gunner: Get 10 Kills with a Chopper Gunner (Rank 68).Getting 10 kills with this Killstreak shouldn’t be hard, but earning it might be. If you struggle to earn a 10 killstreak, try building to it with Kill Chain and offensive killstreaks (i.e. Cruise Missile and VTOL Jet), or earning it out of a Care Package or Emergency Airdrop.

·      C4: Get 25 C4 Kills (Rank 70).Double tapping the reload button will make a C4 packet explode faster than hitting your lethal equipment button again. That technical move is a great tool in your arsenal for completing this challenge.

·      All Clear:Destroy 30 pieces of Enemy Equipment (Rank 76).The Spotter perk allows you to see enemy equipment through walls. Use it, Launchers, and weapons with high penetration rounds (i.e. LMGs with the FMJ Perk) to sweep those mines (and other equipment too!).

·      Backfire:Kill the enemy with their own weapon 2 times (Rank 81).This may be easier on 6v6 modes where there are less enemies to worry about. Remember to pick up an enemy’s gun after taking them down, then seek and destroy them!

·      Smoke Grenade: Kill 30 Enemies in proximity to a Smoke Grenade (Rank 83). The goal is to ensure that the enemy is engulfed by or standing next to the smoke that billows out from the grenade and taking them down. Objective game modes and thermal scopes, which can allow you to see through smoke, both help with this.

·      Sticky Bomber: Stick 5 enemies with lethal grenades (Rank 95).It’s easier to stick an unaware target, so consider using those Grenades on a stealth class with the Dead Silence Field Upgrade, Ghost, and Tracker.

·      Snack Attack:Kill 2 or more enemies with a single piece of lethal equipment (Rank 100). Again, objective game modes may be your friend. Try using that double reload tap C4 trick on Domination or Ground War when multiple enemies are on a flag.

·      Capturer: Capture an objective in objective game modes 20 times (Rank 105). I’ll be honest: whoever said this challenge would be one that few will ever complete made me cackle like a madman. On a serious note, play the objective. Seriously. Twenty objective captures should be easy, and the XP earned for doing that helps with progression of all sorts.

There is still plenty of time left this season but be sure to progress up that Battle Pass and complete all those Officer Rank challenges before it’s too late!

I know I will be on that road to Tier 100 and a perfect Officer Rank ribbon page; so with that said, I’ll see you online. Stay frosty.