Either way, the good Captain’s back for Blitzkrieg and, if you like new weapons, then get ready to like the crap out of what he’s got for you this time: five new ranged weapons and one melee. Each of these weapons brings its own unique qualities to the arena of combat. Today, we’re focusing all of the variants of these weapons available as Collection Rewards. The Blitzkrieg Collections are only available until May 8th, while the Operation: Overlord variants can be unlocked at any time.

These weapons are new, they’re great and, for a few Armory Credits, they can be yours.

Blitzkrieg Collections (going away 5/8)
Epic - ‘Lightning Strike’ ITRA Burst Rifle
Meet the first 4-round burst Rifle to appear in Call of Duty: WWII Multiplayer: the ITRA Burst. If you like to accurately get rounds down range in a hurry, we humbly present they very Rifle you’ve been waiting for. Boasting accuracy and a solid damage rate, the Lightning Strike variant of the ITRA comes with waves of dark green and cream camo from the stock down the barrel. It’ll paint enemies from a distance in any game mode, but this gun particularly stands out in Hardcore modes. You’ll be sure to land a series of blows in one pull of the trigger from an impressive distance. Throw on a 4X Scope in Gustav Cannon or Anthropoid in Hardcore Domination and you’ll be Zeus deciding when and where the lightning strikes. 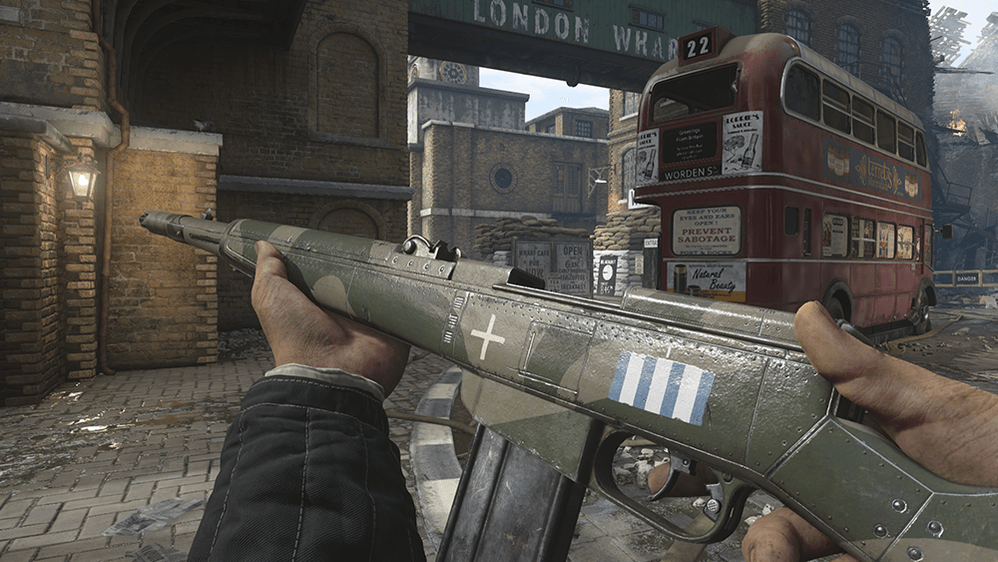 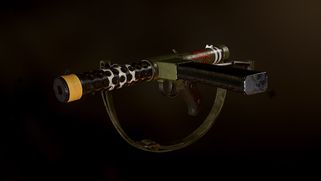 Bust up the War Machine with the powerful, steady-firing Sterling. A welcome addition to its weapon class, the Sterling trades fire-rate for damage while still remaining competitive with other SMGs in close encounters.he British-made weapon was designed with accuracy in mind and, with the Blitz-Breaker, you’ll have no trouble picking and dropping your targets. This Epic Variant comes with white and blue stripes encircling both the barrel and stock, in addition to 10% bonus XP per kill. It’s a durable SMG that should suit for most gun fights you’ll encounter.

Epic – ‘Homerun’ Baseball Bat Melee
Time to step up to the plate and take a swing… at that enemy who seems to think standing perfectly still in a barn means you can’t see them. 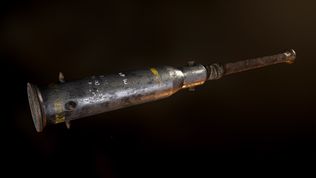 The newest melee weapon – the Baseball Bat – comes in a number of wooden variants. However, the Homerun is a makeshift affair that combines a taped handle with an artillery shell for a barrel. Four rusted spikes encircle the sweet-spot of the bat for an additional intimidation factor that, if we’re being honest, probably isn’t even necessary. Enemies mostly see an old artillery shell swinging towards their face, the nuances of what happens next are mostly insignificant. One melee and that’s it for them. 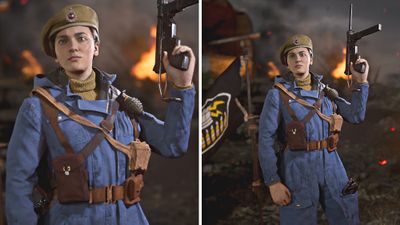 The recent Division overhaul encouraged a lot of us to strap into the boots of new Divisions. Sometimes just to try ‘em out, sometimes we found one we liked and haven’t touched a different Division since. For those of you who’ve warmed up to the Armored, take a long gander at blue jumpsuit of the 1st Army Tank Brigade. Without the accompanying beret and sweater underneath, you’d easily be mistaken for a state-side grease monkey. But, with them and a grenade dangling from your left chest, you’re clearly destined for the rough n’ tumble nature of the Armored Division.

We tend to be pretty casual with the term ‘deadly accurate’. It’s likely because switching to a focused, steady stream of fire feels like a wonderful respite if you’re used to a weapon that kicks wildly. However, when describing the M2 Carbine Rifle, in any context, ‘deadly accurate’ is extremely appropriate. All the perks of the M1A1, but none of the trigger spamming? That’ll do. And the Apex Predator makes for a hell of a variant. It’s artfully coated in black paint with white vertical stripes on the stock and the butt. Affixed with the ‘Land, Air and Sea’ banner wrapping around an anchor, it certainly carries all the markings of a weapon they don’t give out to just anybody. 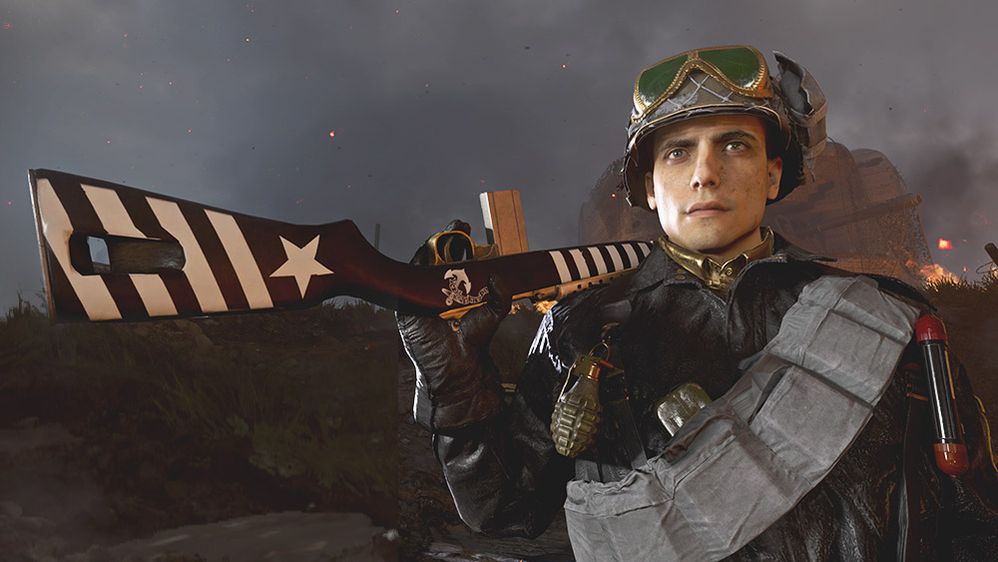 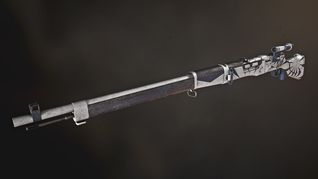 A new Sniper Rifle is a good thing. When the new Sniper Rifle is the Type 38, it’s a really good thing. Accuracy? Check. Decent sized one-shot kill zone? Yup. Fastest firing bolt action in class? Got that, too. The Type 38’s making more and more appearances in Multiplayer matches and, if you want the hottest variant around, it’s time you unlocked the Hydra. This impressive-looking variant is coated in a gorgeous blue and white design. With a sun burst emanating from the butt of the weapon and a detailed depiction of a snake between the trigger and scope, the design on this thing is second-to-none. The only downside is your slain enemies will be too far away to notice. 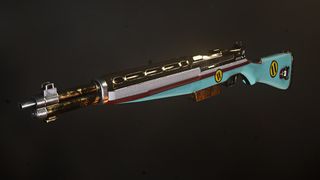 The semi-auto class of Rifles got a nice upgrade with the appearance of the Type 5. It delivers 2-shot kills with ease and, if you’re worried about vertical kick, there’s practically none. If you’ve grown tired of the M1 Garand or want a break from the SVT-40, it’s time you took the Type 5 for a spin, and the Show of Force is a good place to start. A horizontal pattern of white, red and turquoise coats the bottom half of the weapon. The top and magazine boast a shiny gold finish, an appropriate level of shine to accent such a steady-firing weapon.

These are the new weapons and uniform Captain Butcher hauled into HQ for Blitzkrieg. They appeal to just about any player and, again, they’re all available at the Quartermaster as Collection Rewards. So, stop by and see the Captain to check out the newest weaponry in the game. Though he’d never admit it, Captain Butcher appreciates the company.