Grab your shield. Take a stand. Make a charge.

If you want movement, you go Airborne Division. If you want equipment proficiency, equip the Expeditionary. If you want to remain hidden, you link up with the Mountain. But if you want to protect an area, lock down an objective or escort a tank, you gotta call in the Cavalry.

The Cavalry Division is the newest Division to come to Call of Duty®: WWII multiplayer. It’s a refreshing alternative to the others in that it encourages and enhances a specific style of play the others don’t quite accomplish: defending and escorting. So, if you’re constantly pleading with your teammates to play the objective, or you just like getting up-close with the enemy and bashing them with a giant shield, it’s time you joined up with the Cavalry and staked your claim to an objective. The strengths of this Division are plenty and we’ll highlight them as we make our way through each Division Skill you’ll unlock as you rank up.

I. Carry a Shield that offers protection against attacks 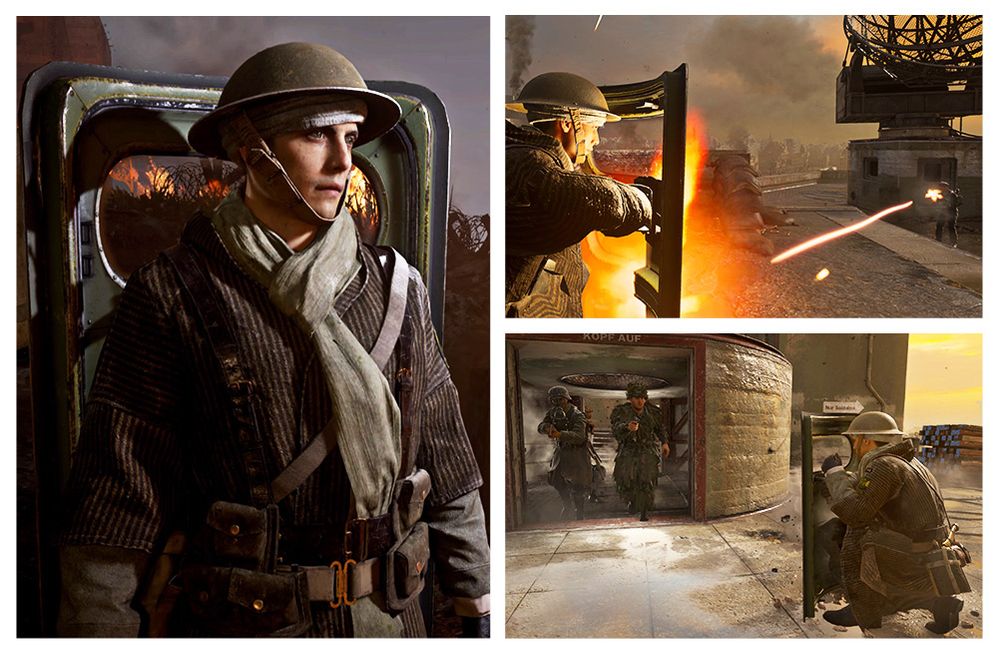 The first thing you’ll notice is pretty obvious: your Primary is a Cavalry Shield. As you may imagine, shields don’t shoot so this is a tactical thing. Don’t worry, you won’t be defenseless. You can melee with this thing. It takes two bumps to kill an enemy but you’re protected, so it’s not that difficult. However, the crux of the what the Cavalry brings to the table is defense and the Shield does a heck of a job. If you’re standing, only your legs and feet are exposed. If you’re crouched and you’re looking directly at your enemy, you’re completely protected. If you’re on an objective point, or escorting a tank, crouching behind that big wall of defense you’re carrying goes a long way towards keeping you alive and letting your teammates wipe out attackers. ‘But, wait, Call of Duty® Blog, what about explosives? Surely a shield won’t protect me from those.’ Not true. The Cavalry Shield will reduce explosive damage if it goes off in front of your shield. However, explosions to the side will still deal heavy damage. 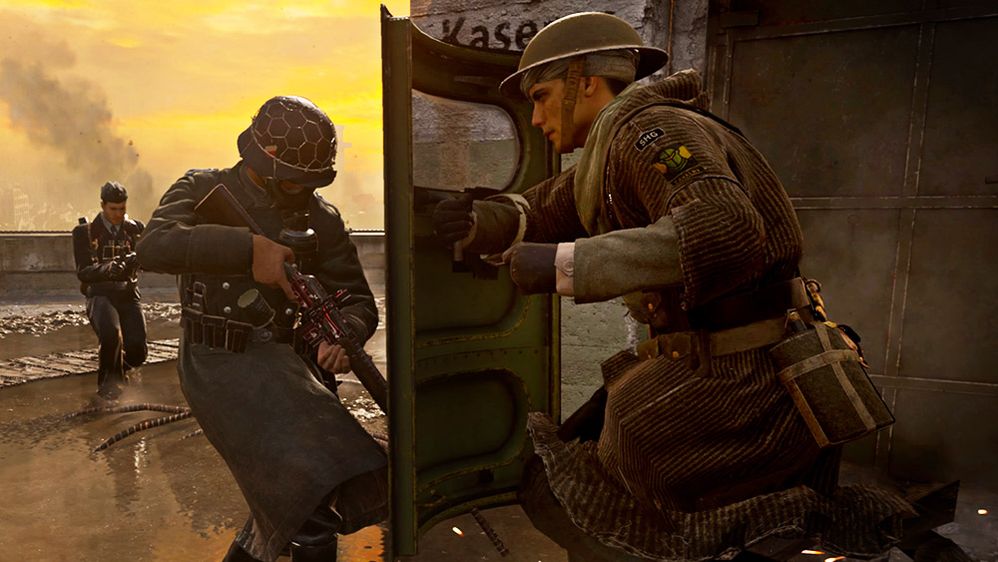 When you’re sprinting with your Shield and you see an enemy, the Shield Charge is exactly what you need to get close enough for smash. Similar to the Bayonet Charge, once you start sprinting, tap the ‘Shield Charge’ button and you’ll accelerate forwards with your Shield leading the way. It’s the quickest way to get back on an objective as it enables you to sprint faster. Your enemy can try to shoot you, but there’s a good chance you’ll reach them before they can take you down because the Shield offers a good bit of protection. This is a great close-quarters option when you are concerned about switching to your weapon. The seconds it takes to swap from the Shield to your Secondary can leave you vulnerable. So, stay protected and take the fight to the enemy with a charge. They’ll never see it coming. Or, actually, they probably will, they just won’t be able to do anything about it.

In the heat of the battle, if you were given the option to accomplish an essential task quicker than everybody else, you’d probably take it, right? That’s exactly what the Level III Cavalry Skill offers. You’ll capture Domination points faster, build and destroy walls in War quicker and plant or defuse bombs faster and silently in Demolition. How many times have you found yourself on a Domination point and felt like a sitting duck? You’re trying to solo capture, which takes forever, and your opponents can see you’re there trying to take the point. For those of us who’ve ever yelled, ‘GO FASTER’ at a progress bar, this is a welcome addition to the Cavalry skillset.

Hammering home the objective-centric nature of the Cavalry, you also get more points for securing objectives and assists count for more XP. Often taking an objective demands you sacrifice your life, so this rewards you for being the noble teammate who’s willing to play the friggin’ objective for the sake of the squad. While fighting for an objective, you’ll find that your Shield deals damage but sometimes not enough to take out an enemy without a teammate finishing them off. This leaves with you with a more-than-usual number of assists. Don’t worry, two assists count for the same amount of XP as a kill because you’re a Level IV member of the Cavalry Division and you get rewarded for all your contributions.

So, that’s the Cavalry. Your Shield deflects bullets, your Charge smashes enemies and your skills make you a master of objective play. It’s the perfect complement to any team. Any time you don the rough n’ tumble threads of the Cavalry, your teammates will be lining up to thank – and Commend – you. And, to be perfectly honest, it’ll be hard to blame them. Take objectives. Protect the point. Join the Cavalry.