As May winds its way to a conclusion, us Americans celebrate a long weekend called Memorial Day. While honoring those who have served our nation, it also marks the cultural beginning of summer. It’s time for outdoor stuff like beaches, BBQs and, according to our aunts, wearing white clothes. (Apparently, we weren’t supposed to be doing that in the winter because… we’d blend in with the snow too much?)

The point is it’s warm and sunny and we can wear whatever the hell we want. And we felt the grilling shouldn’t be limited to just the back porch. It’s with our warmest late-May regards, we present four, summer-ready tips on how to BBQ your opponents.

The simplest Scorestreaks are often the most effective. Take the Molotov Cocktail, the most attainable of streaks. The flaming rag hanging from a booze bottle isn’t elaborate or technologically sophisticated, but, if you’re looking to clear out enemies capturing a Domination point, it’ll cook ‘em up good. Not only does it create a burst of flames upon impact, but the flames expand outward for maximum damage.  If that’s not enough for you, the aptly-named Flamethrower is good for all your close-quarter fire needs. Enemies trying to escort a tank in War Mode? Whip out the ole’ fire-tosser, unleash streams of flames and halt any enemy advance with toasty efficiency. The most devastating of flaming Scorestreaks is the Fire Bombing Run. You drop, literally, tons of fire bombs on enemy targets. Very toasty. 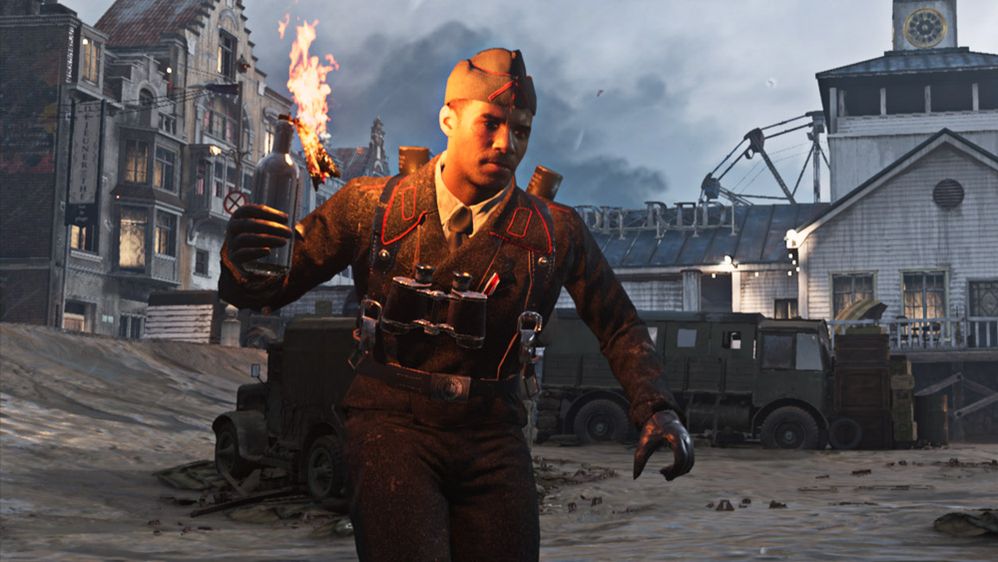 Incendiary Shells
Pick your favorite Shotgun. Pack some Incendiary Shells. Light ‘em up. You can clear an entire room with a quick trigger finger and a properly deployed Concussion Grenade. Remember, Incendiary Shells are no longer attached to the Expeditionary Division. So, if you like a bit more athleticism to get up-close enough to one-shot shotty some enemies, maybe pair them with the Airborne Division. 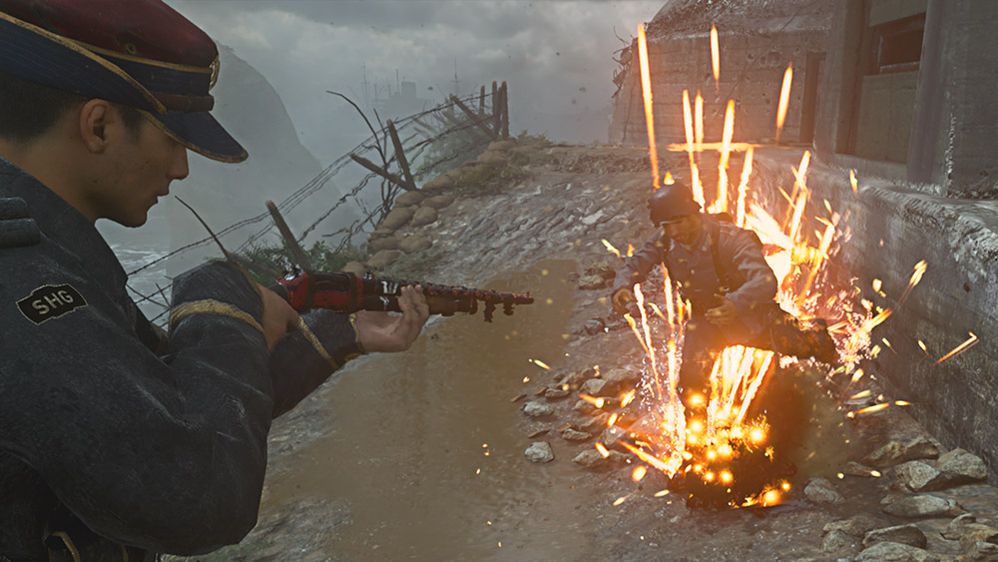 Or, go with the Armored if you want to withstand the fire and explosions of others. The details are up to you. But, once you’ve got your Shotgun class finely tuned, you’ll be cooking up Hardpoints full of foes all ***** summer.

You see that car? Blow it up.

In life, they’re how you get around. In the game, they’re good cover… until they aren’t. Several maps in WWII have abandoned cars lying around. Not all, but many of these can be blown up. And, when the vehicles go boom, they take whoever was using them for cover with them. The most reliable method is to toss a Sticky Grenade on there to ensure it doesn’t roll too far away. A more rudimentary approach is to simply fire a stream of bullets at the thing until it blows up. That works. However, it also gives enemies a heads up that, if they stay put, they’ll get properly barbequed.

The DLC 2 map ‘V2’ provides players the special opportunity to cook their opponents in a unique way. Set in a top-secret facility, this map provides plenty of open areas for all previous forms of cooking up enemies. However, the structure in the center of the map contains a prototype of the secret weapon the Nazi regime was constructing: a technologically superior rocket. If you scale to the top of the rocket, you’ll find a button that instructs you ‘DO NOT PRESS’. Well, like most instructions given by Nazis, you’re better off ignoring them.. Smash that button and you’ll cook the hell out of whatever’s underneath you with the loud, flame-y fury of a monstrous rocket. 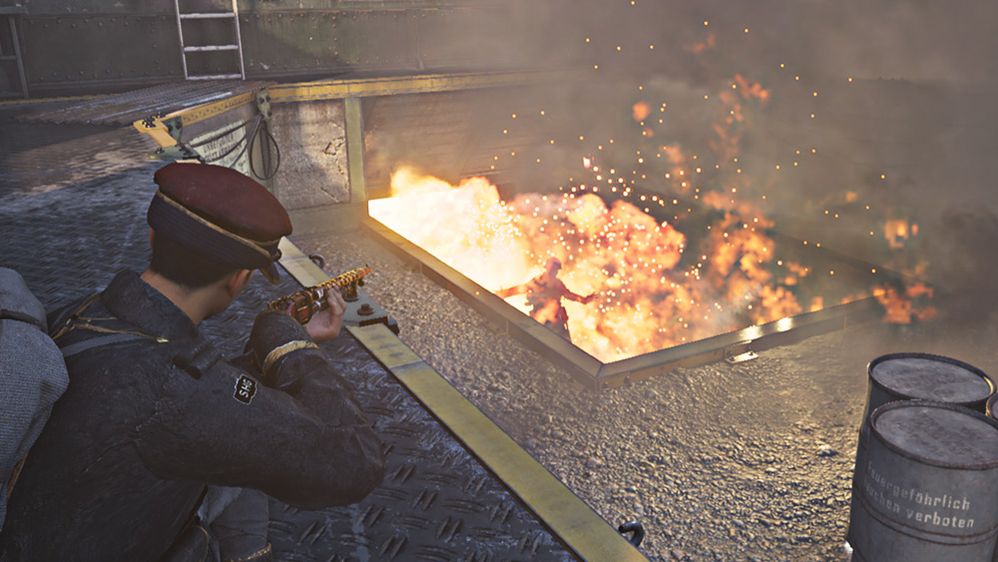 These are some of the ways you can bring a little fire to your Call of Duty: WWII Multiplayer life. So, turn up the heat and hone those grillin’ skills on some unfortunate enemies this weekend.