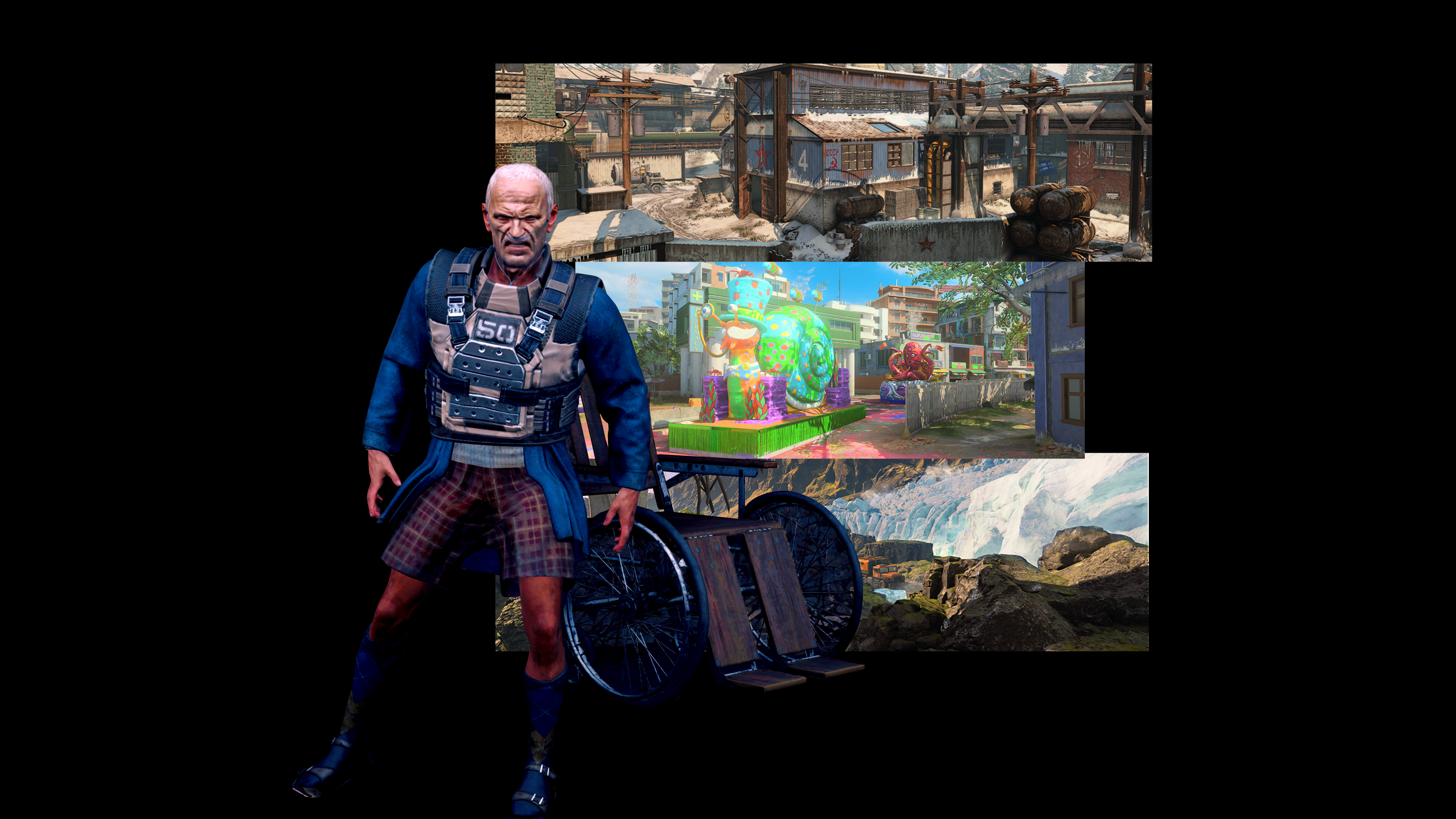 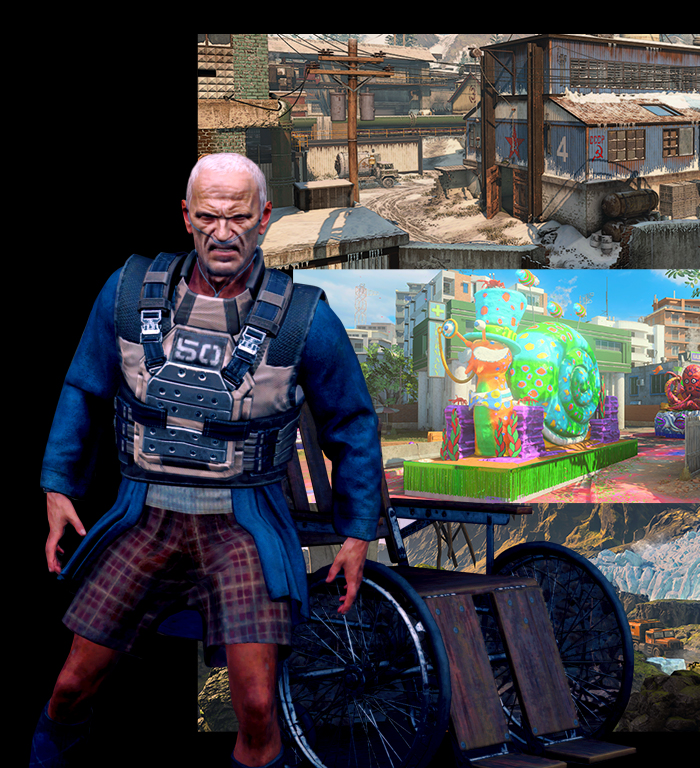 Discover new experiences in Black Ops Multiplayer with the latest maps, and drop into Blackout with a new character.

Discover new experiences in Black Ops Multiplayer with the latest maps, and drop into Blackout with a new character.

Operation Spectre Rising is here and Black Ops Pass members should rejoice! For anyone who remembers the original Black Ops you’ll feel the nostalgia with the WMD map, as well as enjoy making new memories with the Artifact and Masquerade maps. Plus, Uncle Frank from Black Ops II is ready to battle in Blackout. Read on to get all the intel on the new Black Ops Pass content.

Call of Duty: Black Ops first introduced Sgt. Frank Woods, who then returned older and wiser in Black Ops II as Uncle Frank. Age is meaningless when it comes to Uncle Frank’s toughness: this hardened vet is ready to fight just as well as everyone else in Blackout.

Reimagined from the original Black Ops, the snow has never looked fresher surrounding this covert Russian lab. This blast from the past will bring out classic memories while sniping enemies from the catwalk or brawling in the central warehouse.

In the cold, unforgiving landscape of Iceland is an ancient, newly unearthed zombie artifact amid glacial caverns, rugged terrain, and rocky outcroppings that are all punctuated by a long gas pipeline cutting through the sky. The center of the map emphasizes the platformer-style terrain that allows players to battle at various heights for a totally unique fight.

Lively, aquatic parade floats line the streets, and piles of colored dust lie scattered through market stalls in Masquerade. Everything would feel festive if it weren’t for the massive destruction at the map’s center. Elite assassins have hijacked parade floats and used them as battering rams to infiltrate the nearby U. S. embassy resulting in a riot of color and chaos.

Share the Maps of Black Ops Pass When You Party Up*