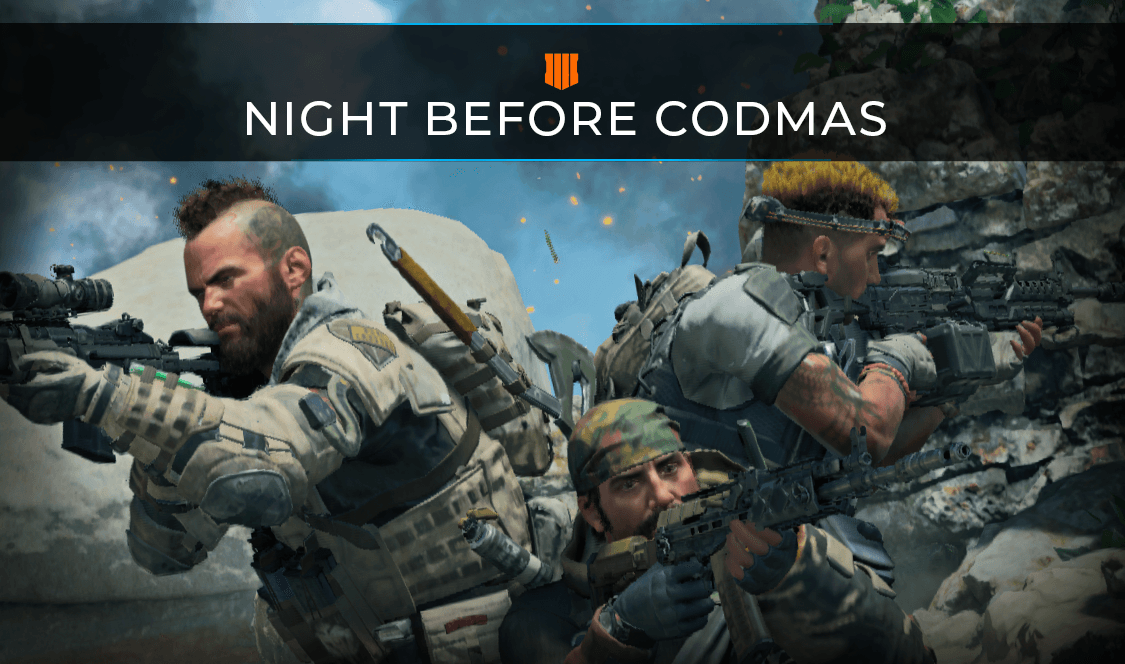 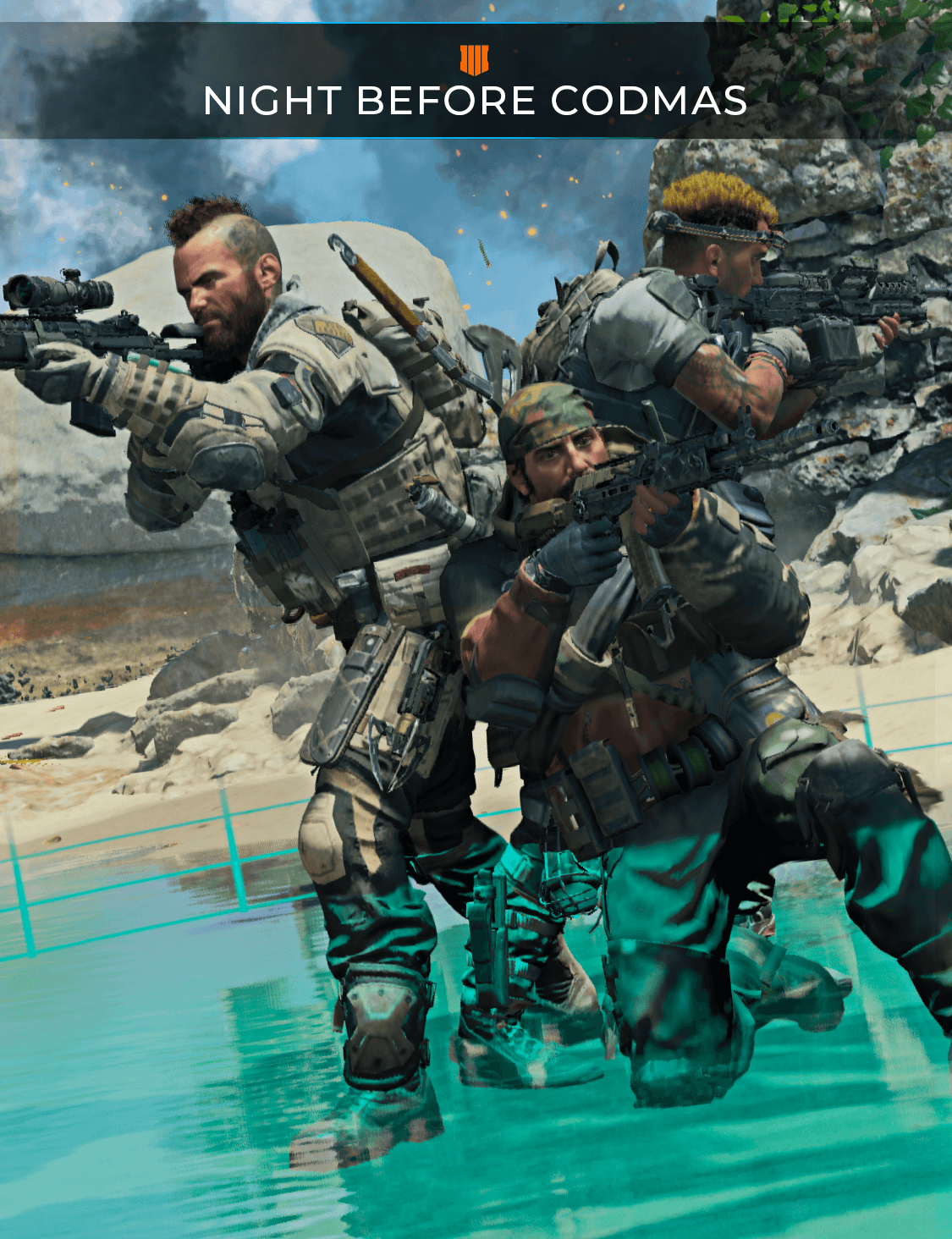 From December 14 to 25, we’ll be celebrating the 12 Days of CODmas, featuring something new every day. Like what? Maybe some cool content. Maybe some bonuses. Maybe you should just keep coming back to the App for updates.

In the meantime, enjoy this traditional CODmas poem to get in the spirit.

Twas the night before CODmas and all through the game,
All the creatures were stirring, ‘cause real life is lame.
The stalkings begun as n00bs flew thru the air,
Hoping Hijacked was vacant when they landed there.
The lurkers all dropped straight into Array,
Trying to gear up before ent’ring the fray.
The ballsy all opted to head for the Frack.
As their boots hit the ground, shots rang with a crack.
They ducked and they dodged, all searching for Armor,
Wishing instead that they’d been a Farmer.

Then, in MP, there arose such a clatter
As Ruin dropped the Grav Slam, creating a splatter.
The Triple Feed came on and n00bs made a cheer,
For Prestiging now felt all the more near.
They played match after match, earning twice the XP;
Players breezed through the ranks & were filled with str8 glee.
Featured Playlists were on, with fun riffs on the modes.
New stuff that Zero then hacks and Battery explodes.

In Zombies, the bullets did fly and the undead were falling
As hunters eradicated that day’s Daily Calling.
To the lab they did amble with Plasma in hand
To create new Elixirs for their final stand.
Double Nebulium Plasma filled their hearts with delight
As they readied up once more for that sweet undead fight.

And our good friends in Blackout were still fighting on,
Seeking that sweet victory they’d been yearning so long.
As the circle collapsed, they dashed straight towards Turbine,
Hoping to stay out the storm as they crossed the white line.
They were checking their load outs, when what did appear:
But a gift-wrapped supply drop, full of hot gear.
They quickly made haste for that game-changing loot,
But a sniper was waiting; and boy could she shoot.
Down went Crasher, then Prophet, tagged by this eagle-eye’d vixen.
Down went Rangers and Frogmen, the shots, they weren’t missin’
There were but two warriors left in this game of one winner.
But who would be victor and who would be dinner?
A Torque fixed his armor while hiding behind a shed,
But then, out of nowhere, a bullet cleaved through his head.
And from the top of a windmill rang out a cry:
Merry CODmas to all! Now you’re all gonna die!