Welcome to another edition of Quartermaster Comms. This week, Captain Butcher keeps the winter gear train rolling with another free Winter Siege Supply Drop to add to your stash. In this edition of the Comms, we’ve got a Rifle, a melee weapon and a uniform all specifically designed for the winter months. 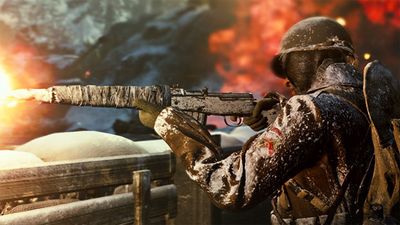 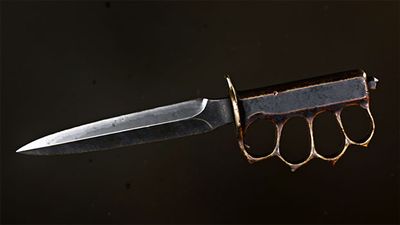 Outside of the Infantry Division, you aren’t getting one hit melee kills. So, why not equip yourself a melee secondary? A shovel? Sure. But, you need a weapon that does the job and looks the part. With that, we present the ‘Teeth Grinder II’. This Heroic variant of the all-new Trench Knife isn’t named ‘Teeth Grinder’ just for kicks. With a clean finish, sharp angles and a serrated handle for smashing, the Teeth Grinder II lives up to its moniker. See someone sniping from the barn on Gustav Cannon? Sneak up behind ‘em, pull out that Teeth Grinder II and put it to silent, deadly use. 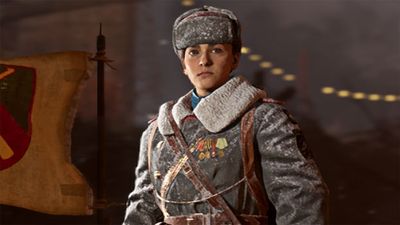 That’s it for this week’s Quartermaster Comms. Captain Butcher’s a stickler for routine, so be on the lookout for another edition next week highlighting the best of Winter Siege. And, if you like your gear in bunches, the Captain has the 10+2 Topper Bundle from 10AM PST December 15 to 10 AM PST December 22. That’s 10 Winter Siege Supply Drops with 2 Rare Supply Drops for your winter warfighting pleasure. With all that gear, you’ll be ready to take the fight to snowy French forests, frigid Russia or even the Arctic Circle.

And if you’re looking for more top picks from the Quartermaster’s private stock, check out last week’s issue of the Comms by clicking the button below.