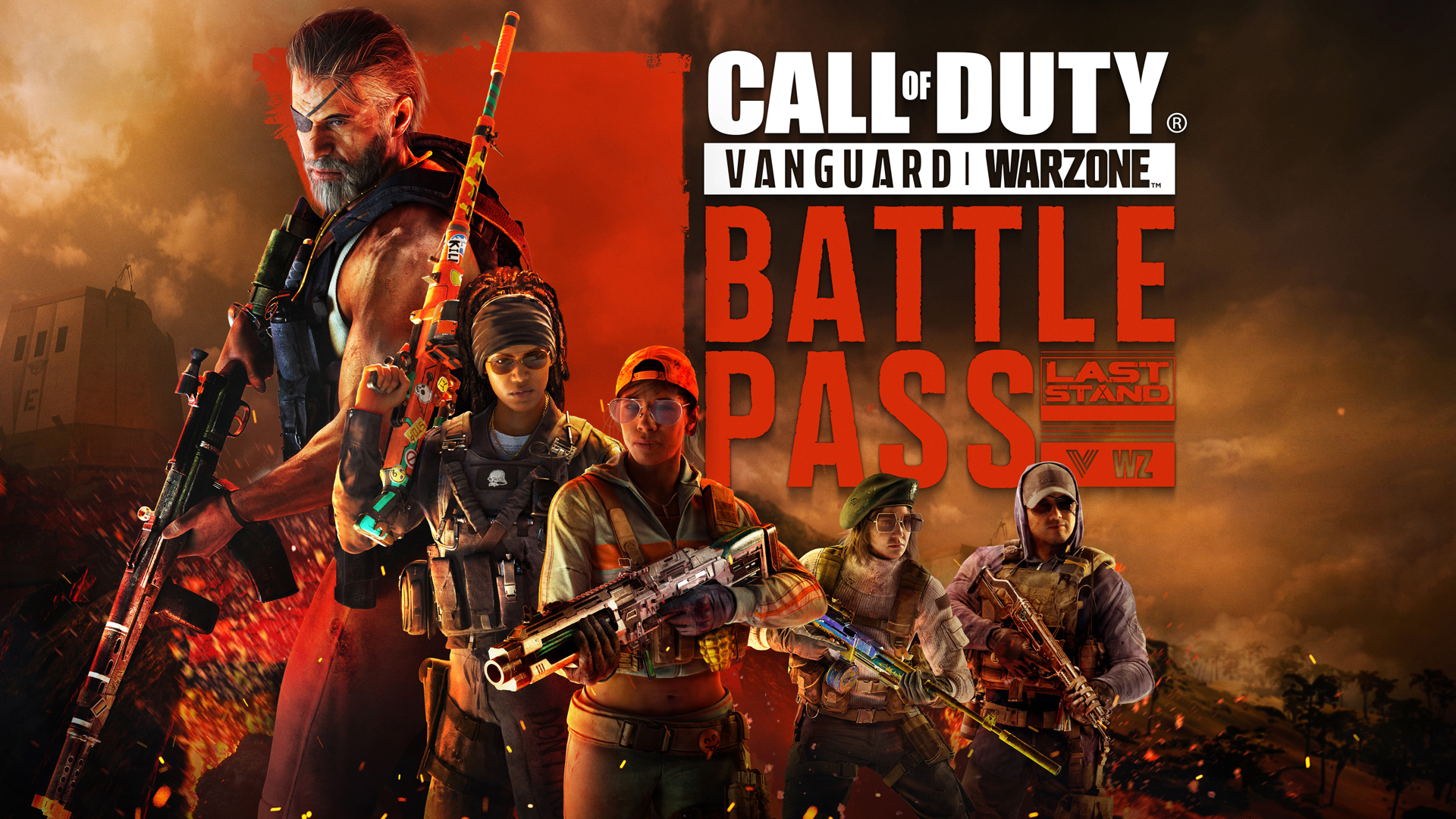 In Last Stand, the fifth and final season of Call of Duty: Vanguard and Call of Duty: Warzone arriving August 24, villains are on the loose and only true heroes can hope to stop them.

Get a helping hand — whichever side you’re on — with the Last Stand Battle Pass, offering 100 Tiers of new content for the climactic battles ahead, including two new functional weapons, dozens of free items, new Legendary content, and more. 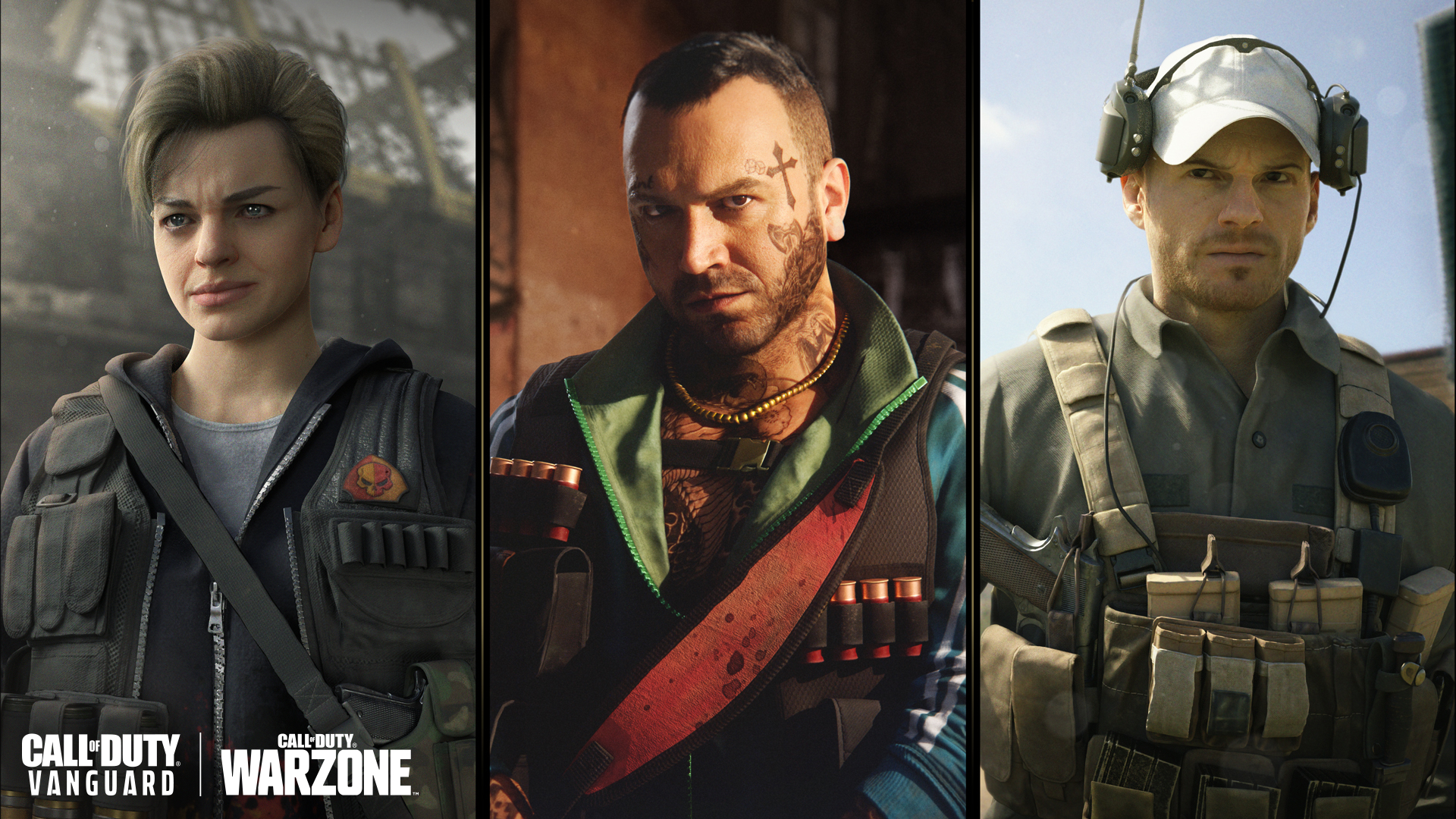 Will you be left standing when the dust settles? Gear up and come out on top with the Last Stand Battle Pass, featuring 100 Tiers of new content and two dozen free items throughout, including: 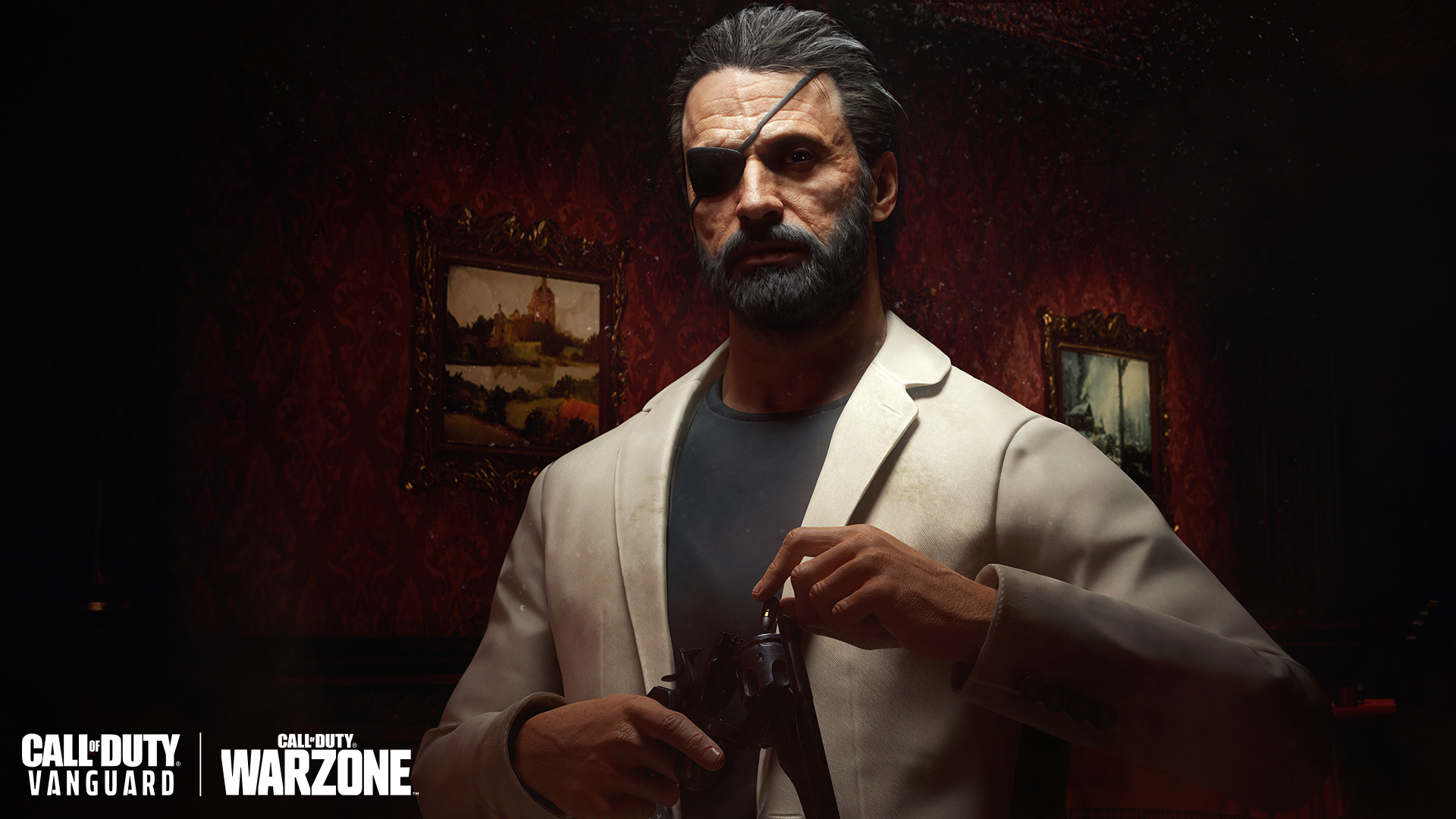 Taking control of the Menendez Cartel after his father’s assassination, Raul Menendez proved a capable leader. After the death of his sister, he became a hostile political activist, his charisma and ruthlessness propelling him to leadership of the social movement turned terrorist organization Cordis Die.

Seasonal XP Boost: Enjoy a season-long 10% XP boost on your journey to Prestige Master. This boost stacks on top of others, including the 10% Call of Duty: Warzone XP boost for Vanguard owners and other boosts from tokens and favored weapons. 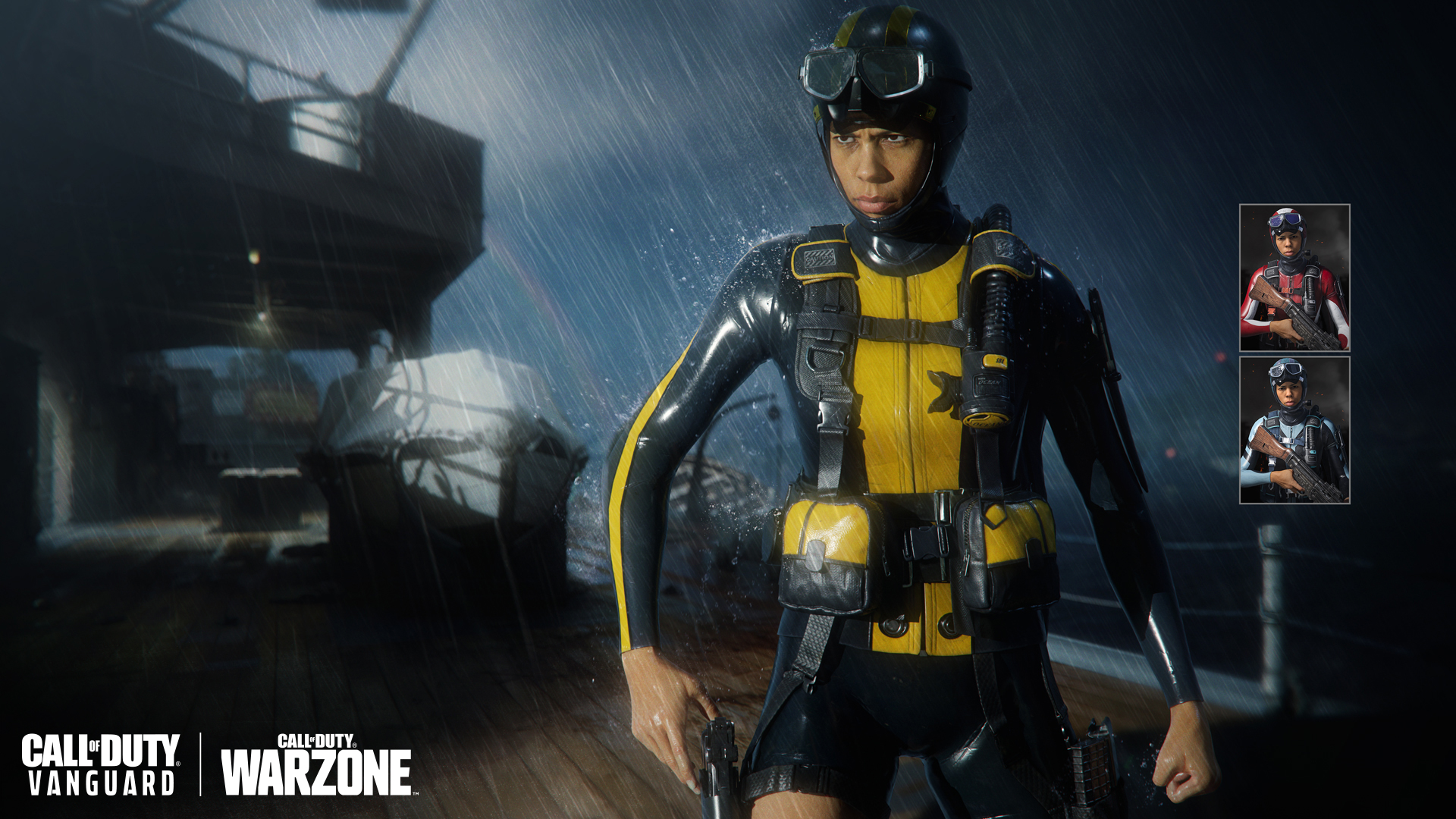 Purchase the Last Stand Battle Pass Bundle for access to all 100 Tiers. This will also immediately unlock a large portion of the early Tiers and give you three exclusive Legendary Halima Operator Skins: “Stingray,” “Divemaster,” and “Neptunian.” 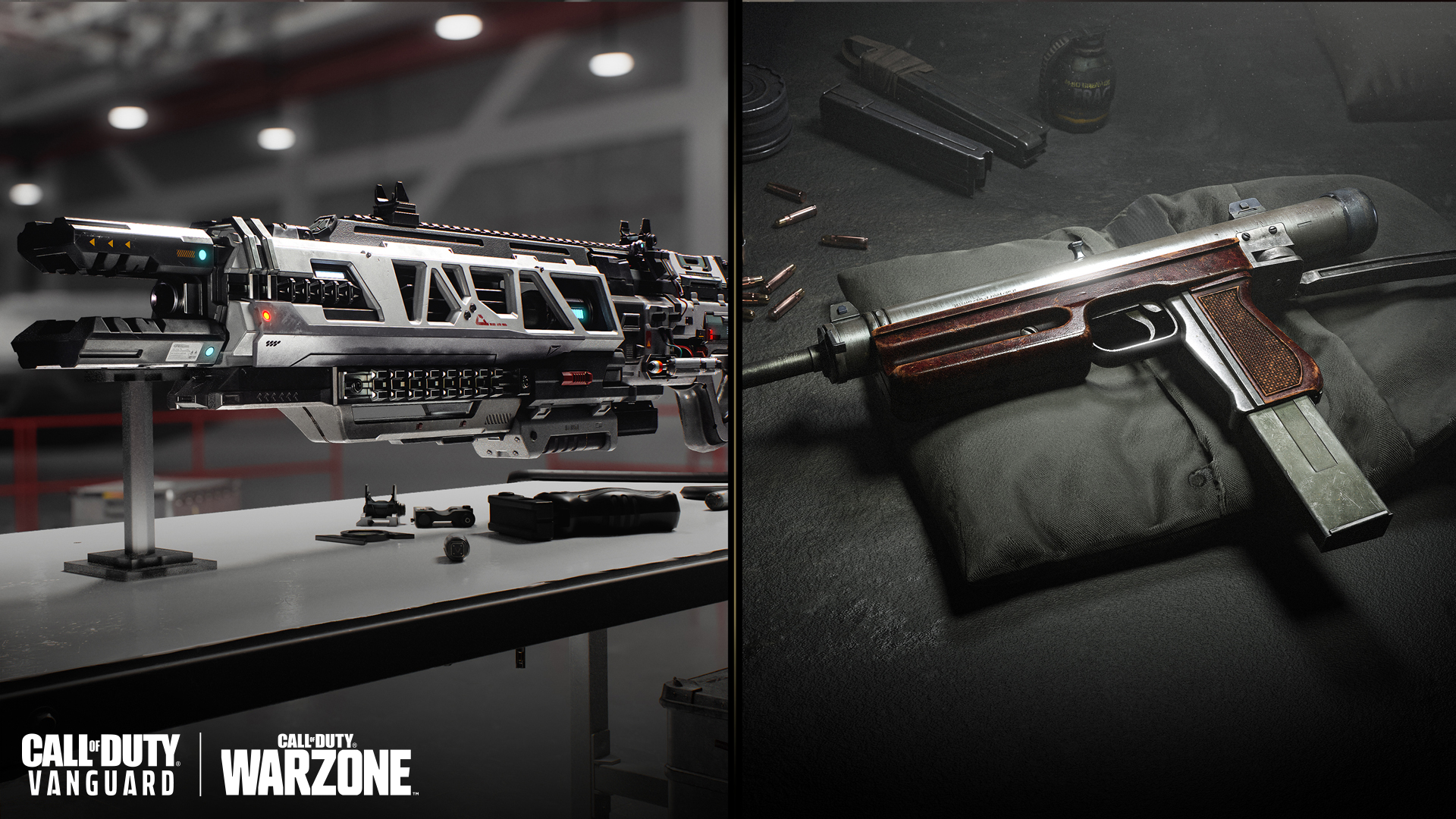 This prototype Energy Rifle leaves behind traditional ballistics in favor of a customizable battery system used to power its attacks. Effective at long range, the weapon requires a cooling off period after depleting its charge capacity. You don’t have to worry about running out of ammo, but get caught during the reload and you’re in trouble.

Equip the Heat Muzzle for extra charge capacity, insert a new Battery, and transform the EX1’s capabilities with the Burst Barrel or Charge Sniper Barrel. Its Gunsmith potential is impressive, with options for every scenario.

“This SMG has a high fire rate and a very mobile compact frame.”

This lightweight SMG boasts a fast fire rate and quick handling, perfect for shredding enemies in close- to midrange battles — if you can manage its upward kick. It’s great for objective play in tight areas, though you may want to pair it with a heavier-damage-dealing weapon when more firepower is needed.

It’s highly customizable via Gunsmith, too, with options for greater power, handling, and accuracy. Find the right balance and soon you’ll never want to be without this blazing SMG. Keep your eyes out for extra ammo — this is one hungry weapon. 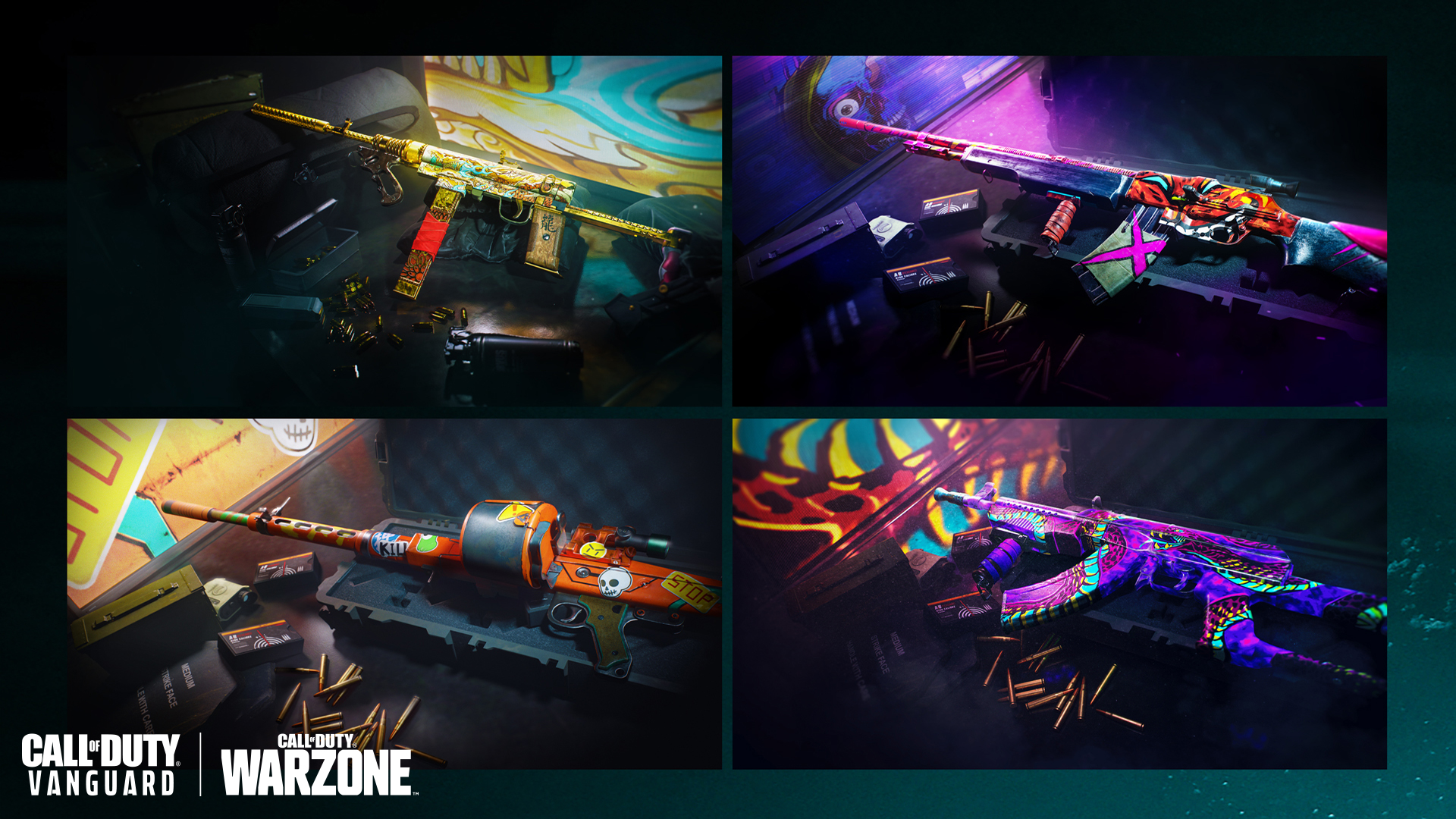 You’ll need every tool at your disposal if your side hopes to win the coming conflict. The Last Stand Battle Pass ensures you’re prepared with Weapon Blueprints for every situation. Here are some of the highlights:

Epic “Supercritical” Assault Rifle Blueprint (Tier 5): Get an early taste of the new Season Five Assault Rifle with this Blueprint, featuring a high-tech design with a sniper configuration that can one-shot enemies within range.

Legendary “Tigris Imperial” SMG Blueprint (Tier 27): No expense has been spared on this highly ornate SMG Blueprint with gold etchings, a dragon decal, and handling fit for a prince.

In addition to unlocking the “Odysseus” player title, the seasonal Emblem, and the “Carved and Butchered” Charm at Tier 100, you’ll also get the following Ultra Operator Skin and Legendary Weapon Blueprint:

Legendary “Circuit Core” Assault Rifle Blueprint: Straight from the lab, the “Circuit Core” Weapon Blueprint lights up all over its black and blue frame, with a barrel design that makes it seem from out of this world. 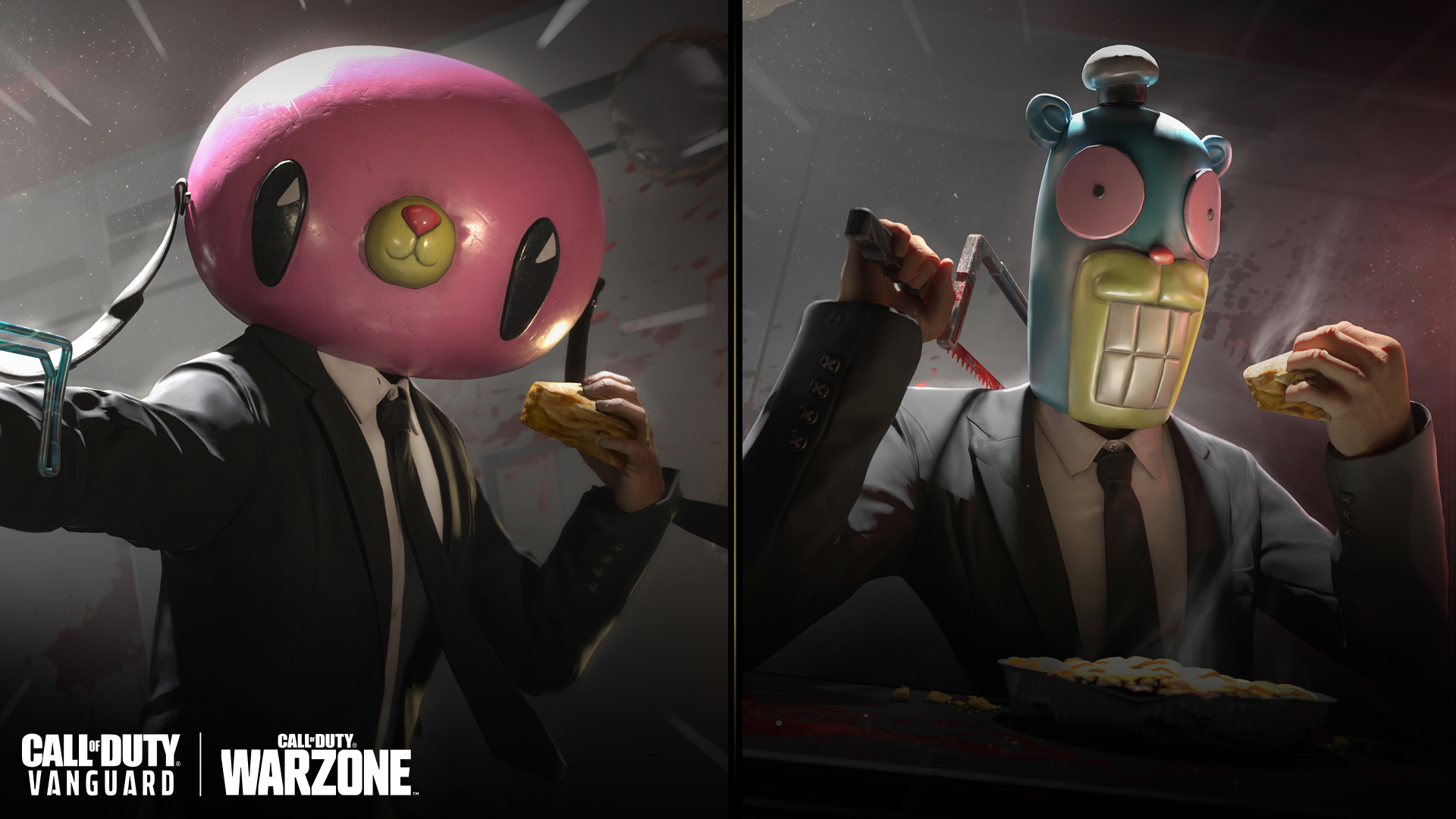 Preserve the time continuum by deploying in the Legendary “Cha-Cha” Operator Skin, which is paired with two Legendary Weapon Blueprints featuring sugary pink-blue tracers and random mayhem dismemberment. Also included in the Bundle are the “Cut the Crap” Finishing Move and the “Hold Still” MVP Highlight. Equip the animated “Idiot Box” Emblem, attach the “Bone Shredder” Charm, and fill out your player profile with items like the “Sugary Support” Calling Card and more.

Purchase both Umbrella Academy Bundles by September 30 to unlock the exclusive “Time’s Up” LMG Weapon Blueprint, a Legendary Weapon Charm, and a Legendary Calling Card!

Feel the chilling touch of the grave in this Ultra Operator Skin Bundle featuring the “Nephilim” Operator Skin for Anna Drake along with the Legendary “Abyssal Grave” and “Apocalypticism” Weapon Blueprints. Terrorize your enemies with the “Dragged to Hell” Finishing Move and “Touch of Death” MVP Highlight, plus equip the “Silver Jaw” Charm, the “Final Arrival” Calling Card, and a new Spray, Sticker, and Emblem.

Become a high-tech assassin with the Legendary “Cloakshot” Padmavati Operator Skin featuring her signature “Rally the Troops” Highlight Intro. Take the red-tracer-firing Legendary “Empyreal” and “Ensanguined” Weapon Blueprints into battle, equip the “Flying Damnation” Charm and “Stone Fruit” Watch, and kit out your player profile with a new Calling Card, Emblem, and more. Finally, get 2,400 COD Points to put toward your Season Five Battle Pass or next Store Bundle purchase. 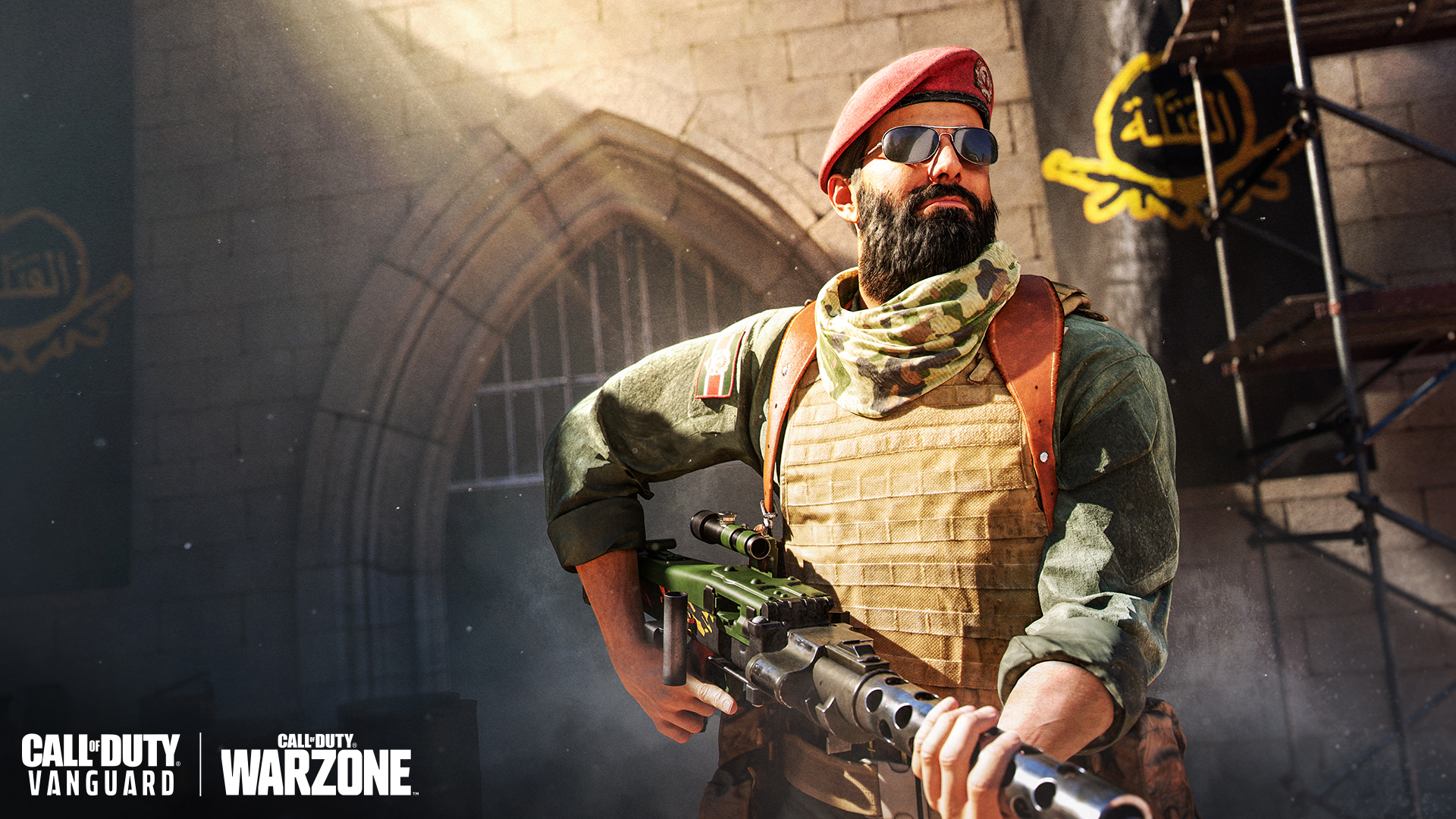 Players who have digitally pre-ordered either the Cross-Gen (console), Standard (PC), or Vault Edition (console or PC) versions of Call of Duty®: Modern Warfare® II will receive the Khaled Al-Asad Operator Bundle for free and will have immediate access once it becomes available in the Store, for use in Vanguard and Call of Duty: Warzone. 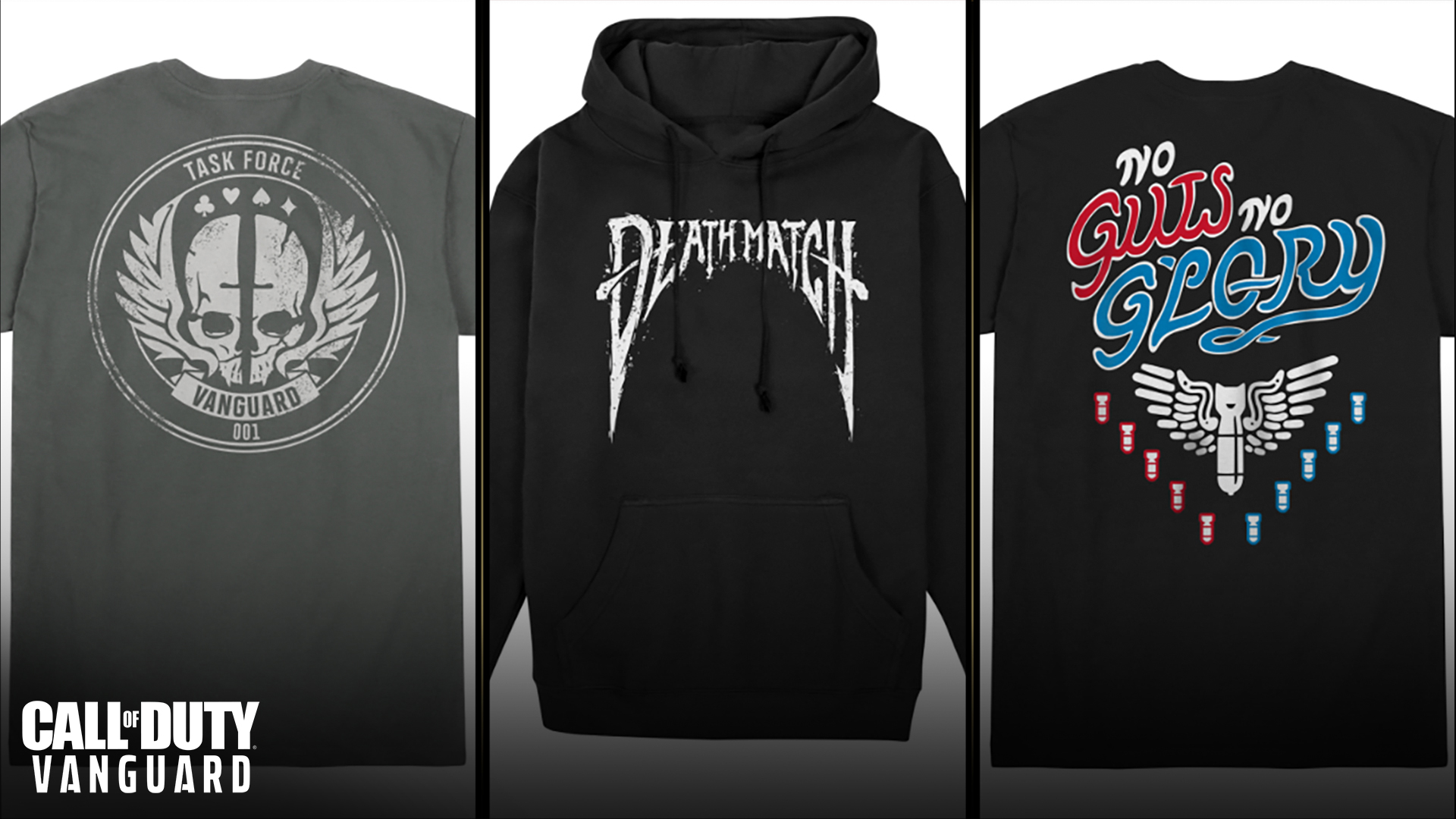 With the upcoming arrival of Call of Duty®: Modern Warfare® II, all Vanguard product available on the Call of Duty Shop has now been marked down!

Whether it’s celebrating Team Deathmatch or Task Force 001, this Vanguard merch will live on in your wardrobe.

Visit the Call of Duty Shop to take advantage of some dropped prices, including 25% off all Vanguard items.

Gear up for the final battle in Last Stand, arriving with new maps, features, and modes on August 24.