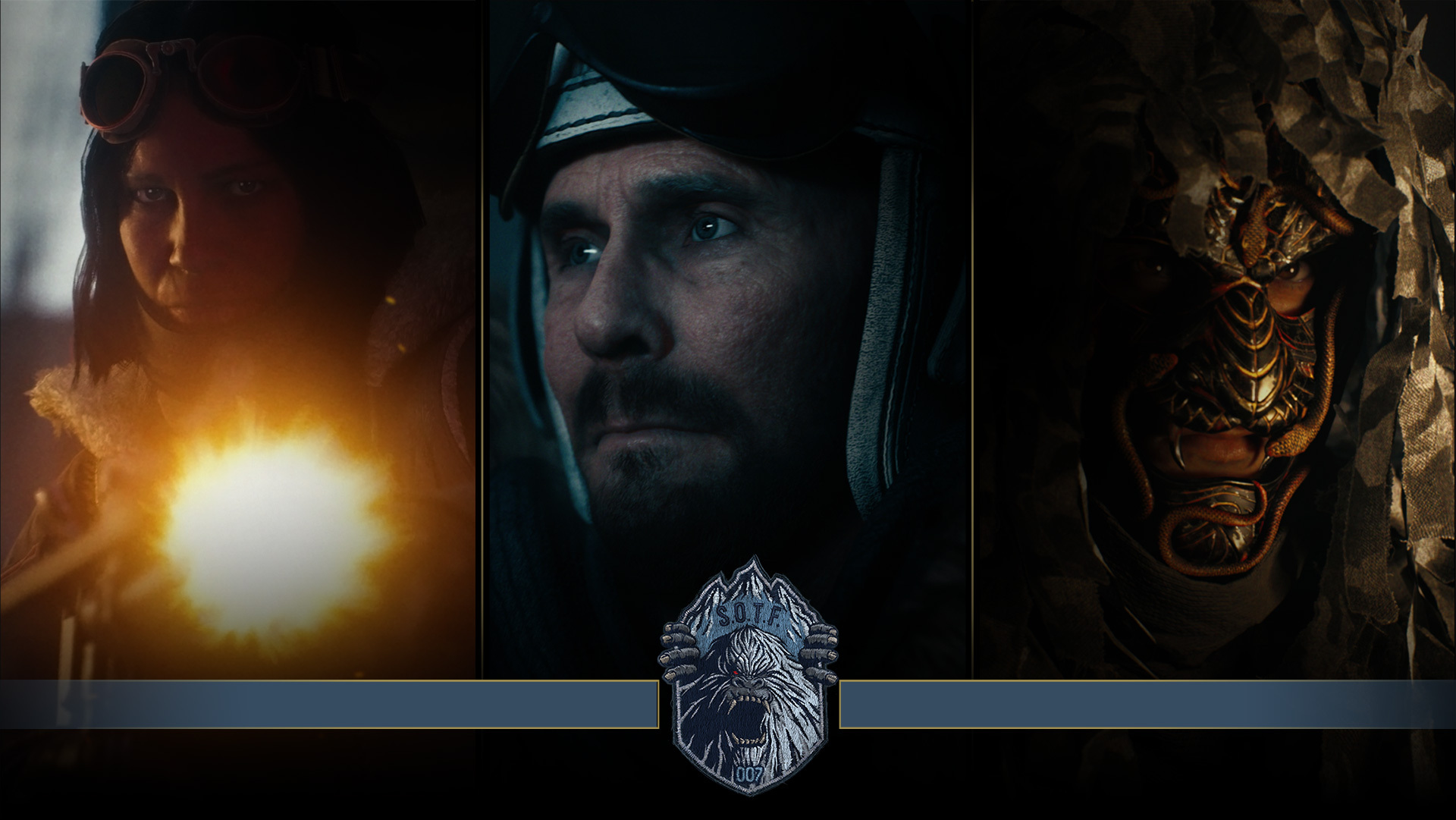 Deep in the Swiss Alps, Captain Butcher and the three members of Task Force Yeti—Anna Drake, Thomas Bolt, and Gustavo dos Santos—assault a German stronghold in search of a shipment known to them only as Nebula V. He has chosen these elite alpine warriors for their unmatched courage and tenacity along with their intimate knowledge of the difficult terrain.

Deploying in Season Two of Call of Duty: Vanguard and Call of Duty®: Warzone™, Anna Drake, Thomas Bolt, and Gustavo dos Santos are perfectly suited for the task at hand. Now let’s get to know the cast of Special Operations Task Force 007: Yeti. 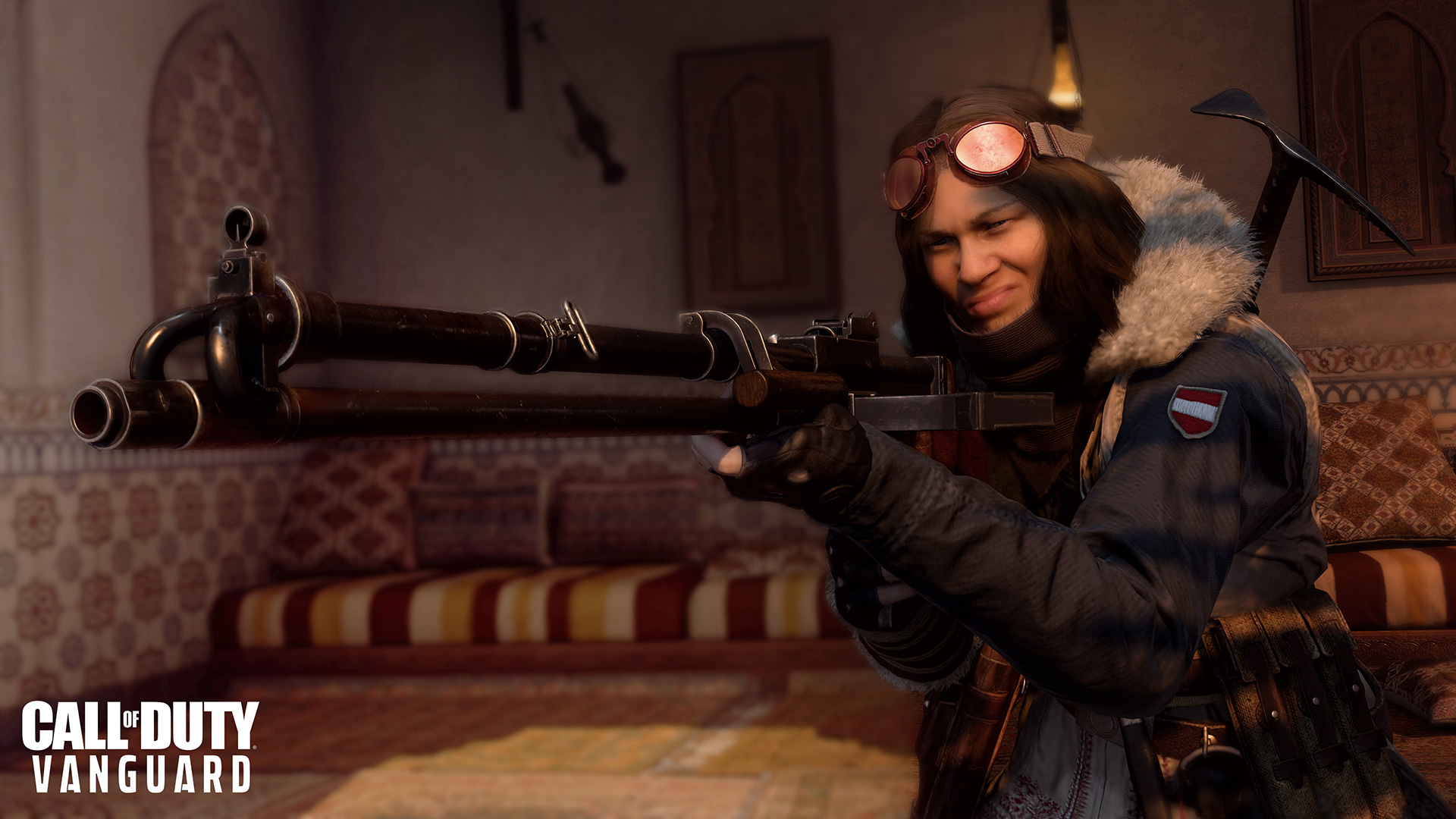 Anna Drake was born in Vienna where she enjoyed hiking and skiing in the nearby wilderness. Her pleasant life was destroyed during the Nazi invasion. The Kristallnacht pogrom demolished her home and heritage, as her family and friends were executed. Anna was taken prisoner, the last of her family alive. She bravely escaped, then joined the resistance with the Ö5 network.

Unlock Anna Drake and her Legendary “Overcoat” Operator Skin immediately at Tier 0 through purchase of the Season Two Battle Pass. Reach Tier 100 to claim her Legendary “White Mirage” Skin, a look that’s sure to send shivers down enemy spines. 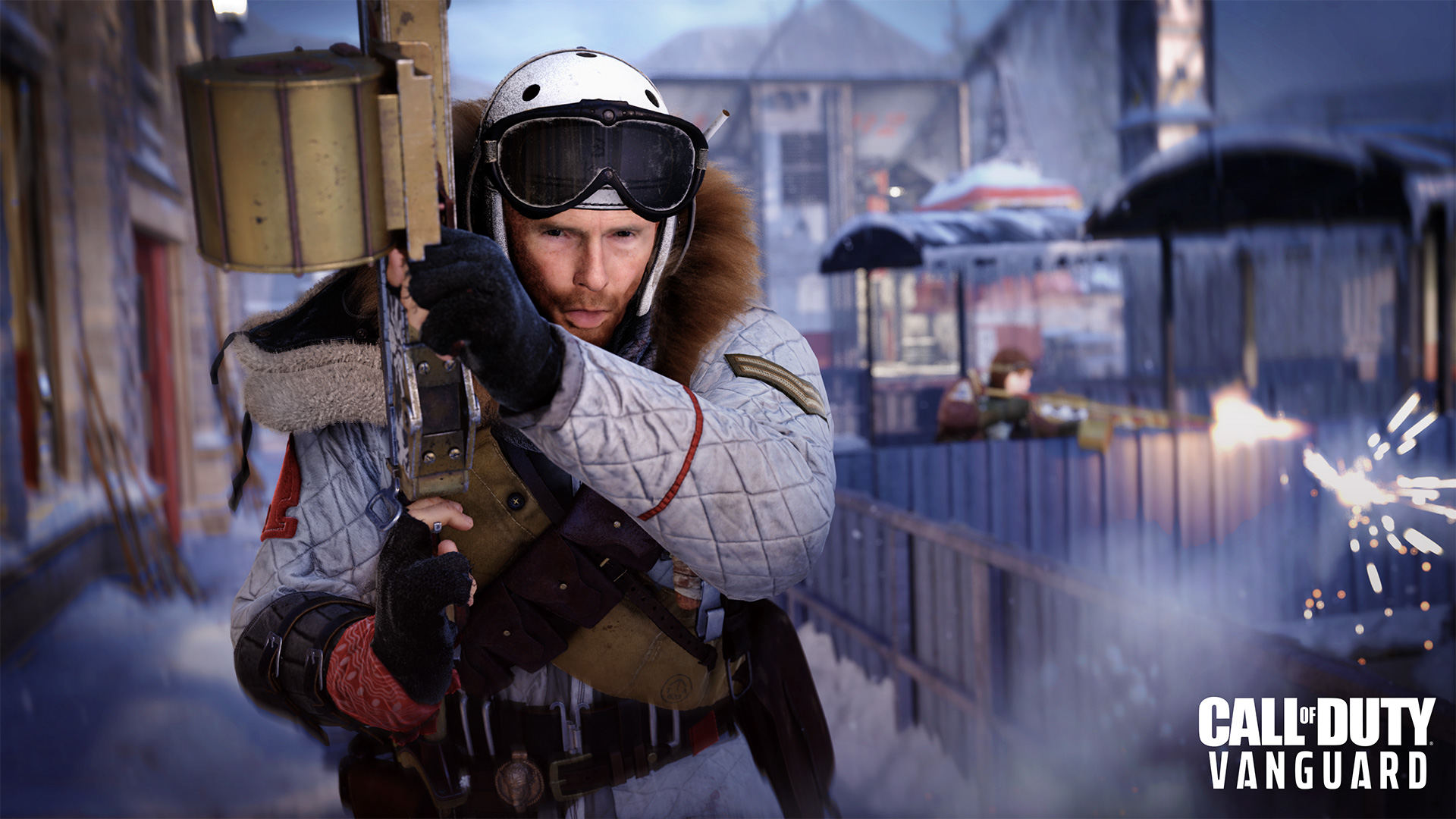 Thomas was born in New Carlisle Quebec to a French father and a Spanish mother, and grew up in Spain. He fought in World War I, served as a volunteer for the Mackenzie–Papineau Battalion, and drove tanks in World War II. His battle experience hardened him, but only out of care for his soldiers in an attempt to send everyone back home. He loves his partner and is optimistic about returning to him after the war.

Unlock him via the Thomas Bolt Operator Bundle, releasing in the Store shortly after the Season Two launch. Get his Legendary “Chill Factor” Skin, two Weapon Blueprints, the “Torqued Off” Highlight Intro, the “Souvenir Cowbell” Charm, and more when you purchase the Bundle. 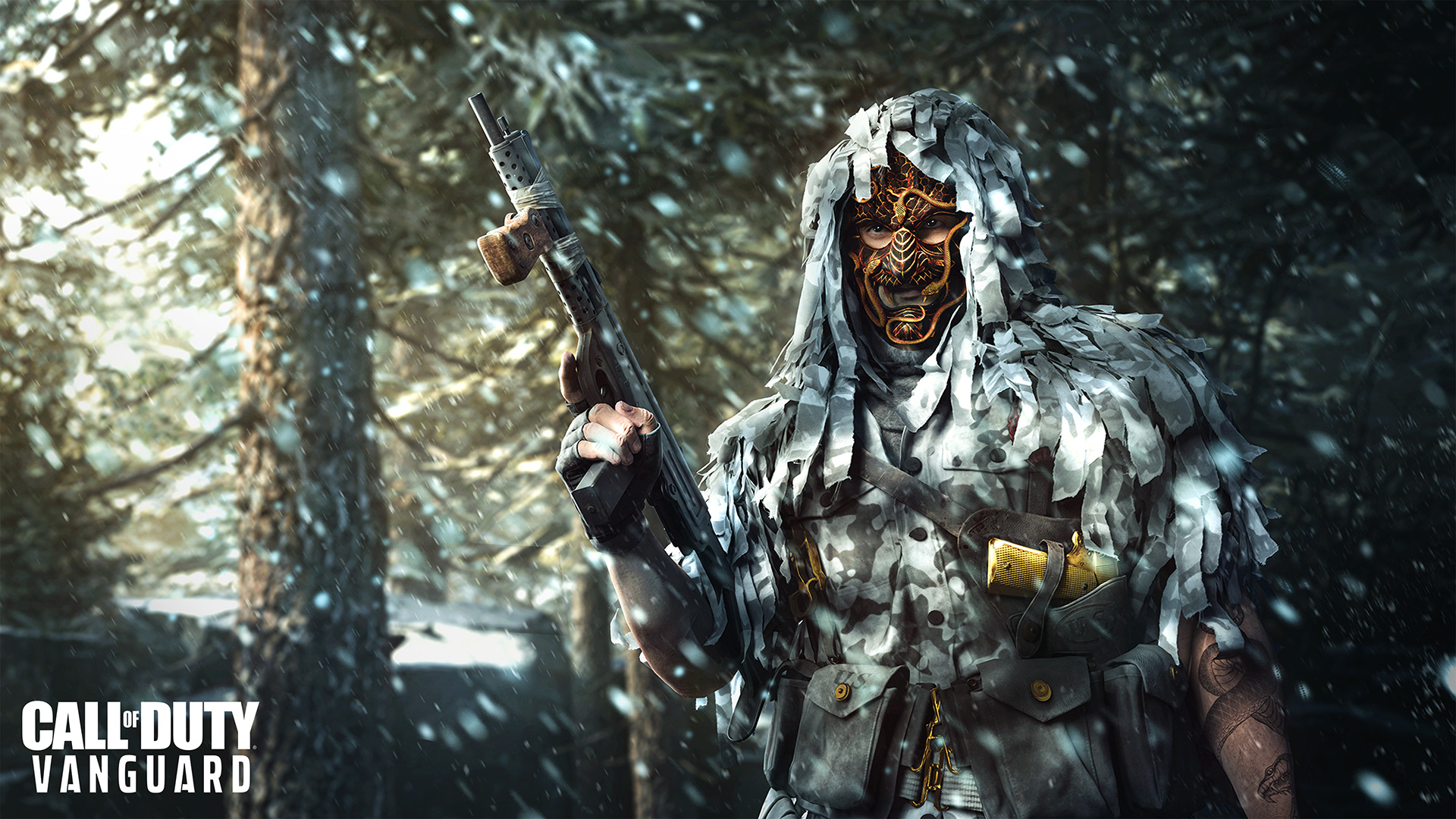 A wealthy playboy, Gustavo dos Santos fled Brazil to be a frivolous socialite in Paris. After a chance encounter with a French resistance agent revealed Germany’s secret plans for Brazil, Gustavo risked his life to deliver the intelligence to his homeland. He joined the "The Smoking Cobras," (also known as the Brazilian Expeditionary Force) and took Monte Castello, the last line of Nazi defenses in Northern Italy. 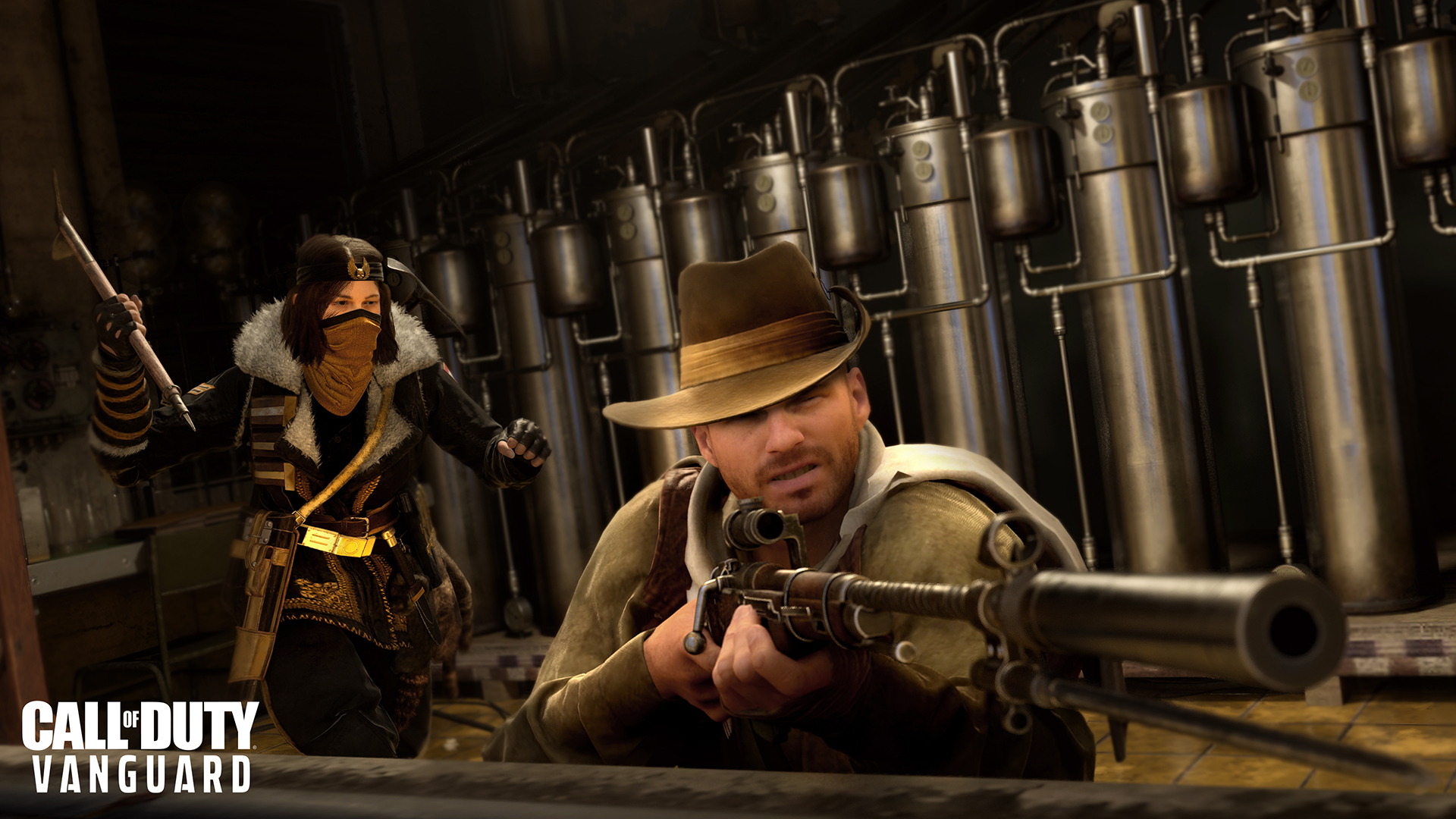 Task Force Yeti deploys in Season Two, starting February 14, for use in Vanguard and Warzone. With the threat of Nebula V on hand, you’ll need their every skill to persevere in the battles ahead.

Ready for a massive free content drop? Join Captain Butcher and Task Force Yeti in discovering the greatest threat to the world: Nebula V. Eradicate or harness this weapon in Warzone, prove your elite skills in Vanguard Multiplayer, or enter all-new areas in the Dark Aether to face a deceptive force in Zombies. Prepare for some heavy weaponry.

Amid other updates to Warzone, Raven Software is changing when Loadout Drops can be acquired in standard Battle Royale modes.

Reinforce and Restock with Call of Duty®: Vanguard and Warzone™ Season Two Battle Pass and Bundles