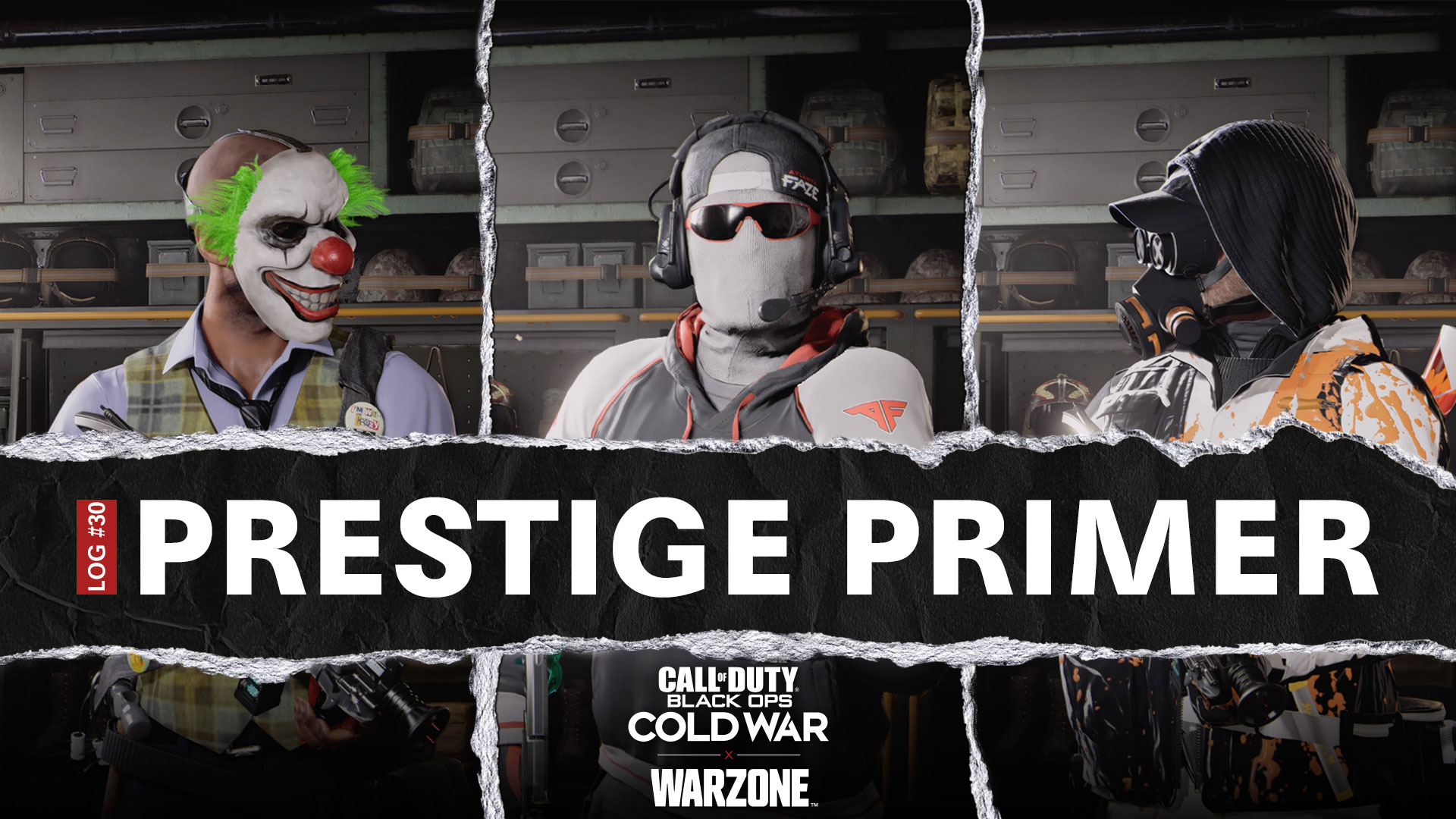 Hopefully you took advantage of last weekend’s Double XP and Double Weapon XP weekend. By Monday of this week, we already hit Level 50 and notched one more Prestige — Prestige 16 — on our personal profile.

We’ve been working hard on some leftover Multiplayer Challenges from previous seasons, incorporating the new Hand Cannon Scorestreak into our personal tactics. In fact, we’re loving this Scorestreak so much that we have some more tips about using it in Multiplayer, including what other Scorestreaks to use around it.

As for our Gunsmith Weapon Blueprint of the Week, which includes some loadout building tips for Warzone, we’re looking at an SMG that can work wonders in close-quarters, having just received a new Mastercraft variant yesterday (learn more about it by hitting the Bundle button).

With all that said, let’s talk about our three featured Operators of the week, and let’s level up:

Kicking off this week in the Black Ops Cold War and Warzone Store was the Tracer Pack: Big Joke III, which still headlines the Store as part of this week’s featured Bundles. It includes two Legendary Weapon Blueprints — the “Paint Blaster” SMG and the “Double Brush” Pistol — as well as the “Greed” Operator Skin for Sims, one of our featured Operators for this week.

Although Sims will be no joke in whatever mission he’s assigned to, he’ll have some stiff competition starting tomorrow when Beck comes into the Store with his Tagger II Bundle, featuring the “Spray Paint” Operator Skin — the first Ultra-rarity Operator Skin ever released in a Store Bundle. This skin’s bright orange paint splotches add serious color to an otherwise black-and-white graffiti tagger outfit. It’s an absolute masterpiece of an Operator Skin, and it can be yours starting tomorrow, June 26, when that Bundle arrives in the Store.

Stay tuned for key dates in the League’s final stage before that Championship event. While you wait, check out the World Series of Warzone, which just had their first event this past week. For more information about it, including who won their inaugural event on Wednesday, visit their official website here.

As part of the Ground Fall Event that just wrapped up yesterday, we detailed minor tips on how to use the Hand Cannon, a new Scorestreak in Black Ops Cold War.

Entering Multiplayer with a Score requirement of 2,800, this high-caliber handgun is a one-shot kill against any enemy at any range, so long as you hit them. It has a somewhat slow rate of fire, which is great for handling its high vertical recoil but could seriously hinder follow-up shots.

Besides our biggest tip of “don’t miss,” here are three additional tips we have for this weapon, along with some suggested Scorestreak setups:

1. Practice in One in the Chamber

The Hand Cannon is one of the weapons for One in the Chamber, so jump into that party game if you want to practice with it in a live environment. Even if you’re given a 1911 or Magnum instead, these weapons can still help you work on your aim when using this powerful handgun.

Thought the attachment on the weapon’s top rail was a scope? We did, too, until we used the Hand Cannon for the first time. That dark attachment is actually a high-powered laser that gives the weapon surprisingly great hip-fire accuracy if your opponent pops out and attacks within a few meters; however, any engagements happening at ranges beyond that will require you to aim down sights for a more accurate shot.

So long as your aim is true, the Hand Cannon can knock enemy Scorestreaks out of the sky as if they were clay pigeons. The Hand Cannon downs Spy Planes, Counter-Spy Planes, and Care Package Helicopters in just one shot, while other, harder-to-earn Scorestreaks like the Attack Helicopter will require more shots to down. Consider your ammo reserves and the situation at hand during the mission at all times; it may be worth downing enemy air support with this Scorestreak more than eliminating enemy combatants.

As for suggested Scorestreak setups, we believe these three will help you create your own trio of powerful game-changing armaments and technology:

Those who have difficulty earning Scorestreaks will want to start here. Use the Spy Plane to seek and destroy enemies while snowballing up (getting more powerful Scoresteaks by earning more Score) to the Armor. With that extra protection and reconnaissance, you may find it easier to earn the Hand Cannon or even stay alive longer while using it.

Combined with an LMG and a rocket launcher, this setup could help you become the scourge of Scorestreaks in any Multiplayer lobby you enter. The Air Patrol and Strafe Run can both destroy plenty of Scorestreaks on their own, with the Hand Cannon offering yet another option to slow down the enemy squad and prevent them from gaining too much of an advantage through massive Scorestreak runs.

Because Hand Cannon kills count toward Scorestreak and score multipliers during long kill-streaks, you can use the Hand Cannon to earn more powerful Scorestreaks. For example, you could use the Hand Cannon to leap up to the whopping 6,000 Score H.A.R.P., which could give the enemy positional intel needed for you to bring in the 10,000 Score Gunship! Just have some strong squadmates who can run Spy Planes and make callouts, and you may have that Gunship raining down hellfire in no time.

Last week, we looked at the Groza, a Season One Black Ops Cold War weapon that looks to break out in Warzone’s long-range meta. This week, we want to get up close and personal by looking at some close-quarter battle (CQB) weapons; this brings us back to Season Two with the LC10 SMG, free in that season’s Battle Pass, which can now be unlocked via in-game challenge.

This accurate SMG received a new weapon family member thanks to the Tracer Pack: Big Brain Mastercraft Bundle, which allows you to release your inner evil genius with the “Neurotransmitter” Ultra-rarity Mastercraft. 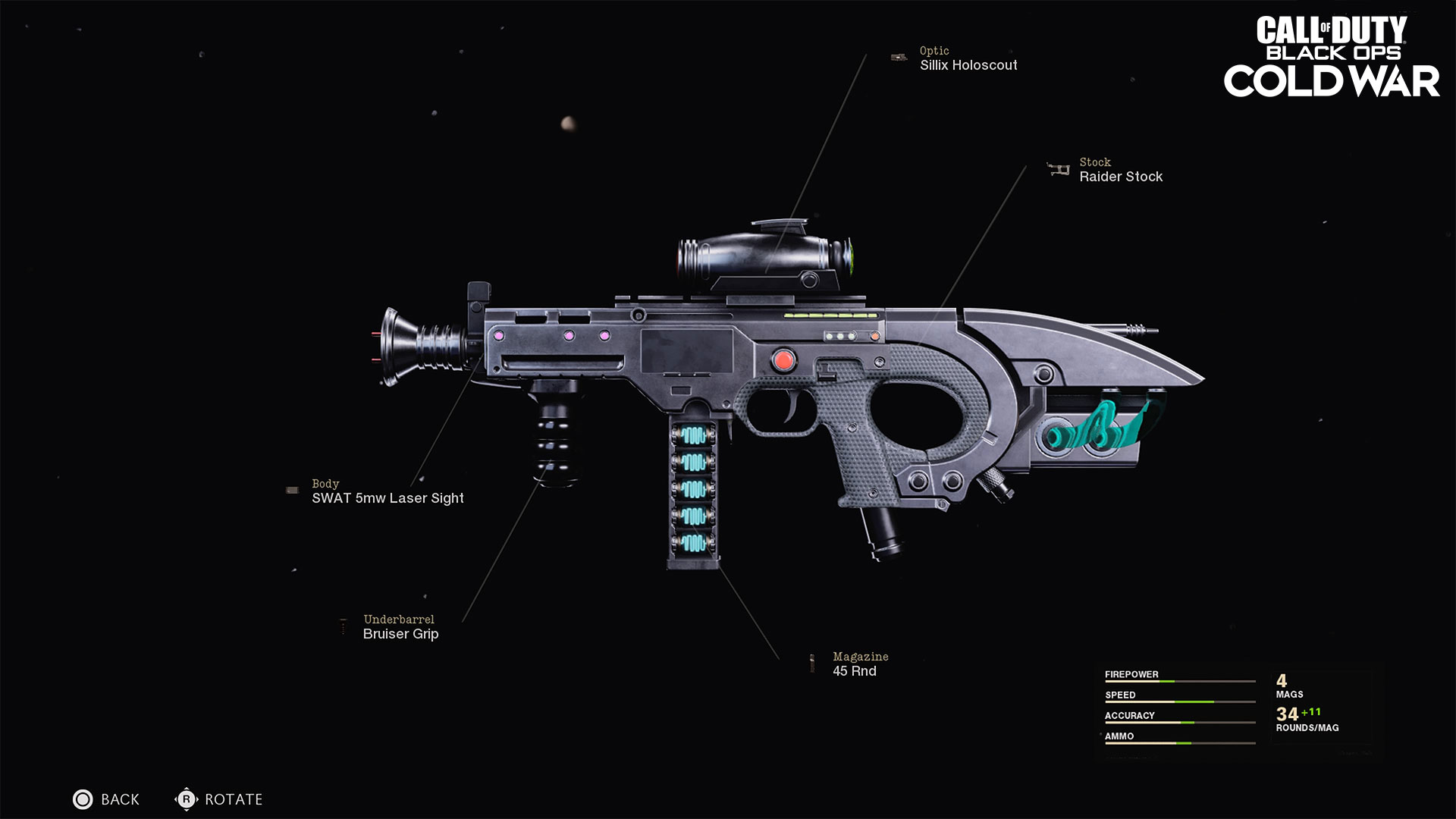 A five-attachment Weapon Blueprint with an incredibly balanced attachment spread, this configuration’s only downside is a slightly slower Aim Down Sight (ADS) speed. From a host of movement buffs to 11 extra bullets per magazine and an awesome-looking Optic, the “Neurotransmitter” can help you shock Multiplayer lobbies with speed and precision, while the included Electric Elemental Damage also makes this SMG a solid choice for a Zombies starting loadout weapon. 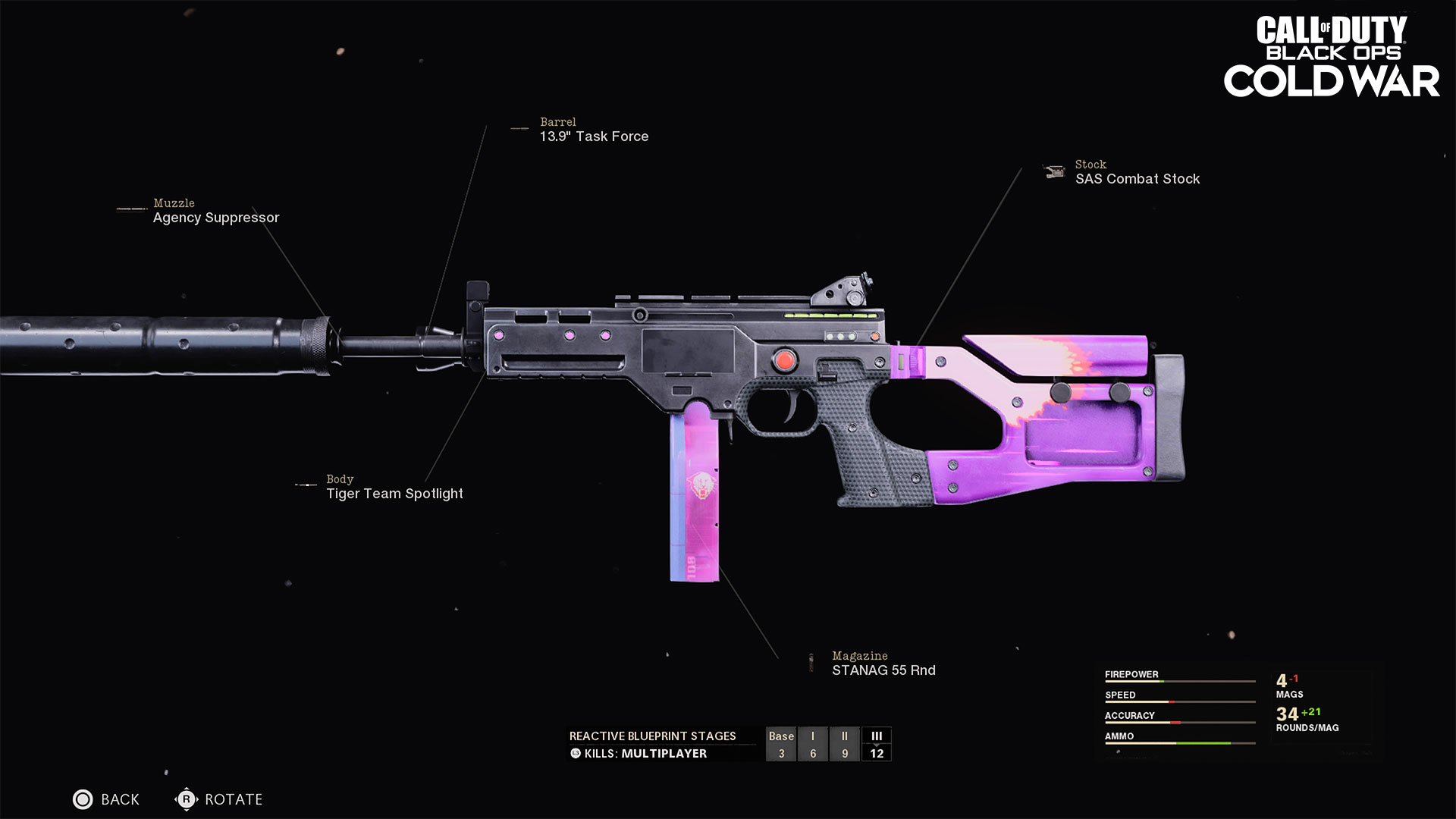 Now, here’s how we see the LC10 as a strong short- to medium-range option in Warzone, as well as our preferred attachments for it:

Optic: The iron sights are solid, making the choice of a sight attachment a matter of preference. Practice with them in other game modes before taking them into Warzone, and you’ll save an attachment slot for other parts.

Muzzle: Suppressor vs. Agency Suppressor is still the battle of the ages here. Because this weapon’s strengths lie in more accurate fire and action out to midranges, we suggest using the Agency Suppressor due to its range, velocity, and recoil benefits.

Barrels: Like the Agency Suppressor, the Task Force Barrel boosts this weapon’s range and velocity to make it more viable in midrange engagements but also adds a bit more Strafe Speed to make you harder to hit as you move side to side more quickly. An alternate attachment that adds bullet velocity and damage range is the Reinforced Heavy Barrel; it doesn’t affect recoil control like the Task Force Barrel, making it more ideal for those who can lose their aim quickly.

Body: As mentioned in previous Warzone weapon breakdowns, Flashlights increase effective range in this game, and with a slow-firing SMG like the LC10, we want all those range benefits to help it compete against assault rifles and other lords of the mid-game. For that reason, we’re using the Tiger Team Spotlight in our build.

Underbarrel: The LC10’s recoil is not too chaotic, but fast-paced players may want to check in here for the SFOD Speedgrip since it boosts sprinting move speed and helps with horizontal recoil. Those opting for pure speed can also pick up the Bruiser or Patrol Grips, two attachments that give movement bonuses with no downsides.

Magazine: SMGs burn through ammo quickly, making it worth your while to consider a Magazine attachment. Here, we went with the STANAG 55 Rnd to have the most ammo per magazine for the weapon; this is ideal for big squad game modes like Trios or Quads, where 30 to 45 rounds may not be enough to wipe an entire enemy team.

Handle: Those who feel like they want quicker ADS speeds may want to consider some Speed Tape. Anything more than this (e.g., SASR Jungle Grip or Serpent Wrap) will have to accept some sprint-to-fire penalties, which may not be ideal for the fast-paced playstyle of an SMG.

Stock: Consider taking the No Stock or Raider Stock attachments for better sprint to fire speeds, especially if you are taking a Handle attachment. That way, you can be quick on the draw after running quickly across the map. Otherwise the SAS Combat Stock is a great choice for those looking to “strafe,” as it provides a solid boost to shooting movement and Aim Walking Movement speeds.

The LC10 may not fit the role of a “traditional SMG,” as true CQB engagements within a few meters may see a shotgun, faster-firing SMG, or even the Nail Gun wresting control of battle.

However, as a backup to a long-range weapon like a Sniper Rifle, the LC10 can hold its own in these situations while also being incredibly viable out to about a few dozen meters. This kind of versatility can be rare among the 100-plus Warzone weapons, and while this weapon is far from being a “do-it-all” gun, it is at least a jack-of-all-trades when it comes to the close- to mid-range meta.