The Resistance Community Event introduced Prop Hunt to Call of Duty®: WWII and it’s been fantastic. It’s a change-of-pace game of hide-n-seek that rewards creativity, quick thinking and, often enough to annoy you, a bit of luck. That luck comes in the form of the prop you inhabit.

Prop Hunt has given us hours of exciting hide and seek action. But, sometimes, you use your last prop change and you’re suddenly controlling a prop that makes hiding even more difficult. On top of your prop assignment frustration, you feel the creep of impending doom each time your ridiculous prop whistles. We’ve seen people of strong character crack under these circumstances. They were once bright, confident citizens of the world. Now, they’re just rocking back and forth in the corner whispering to themselves about stun grenades. Here’s some of the props that make us want to do that. 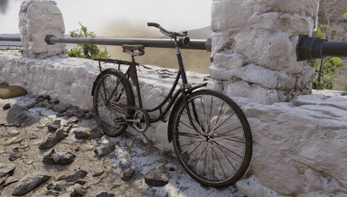 If you want a silver lining here, the map’s pretty big. So, your opponents may take a minute or so just to reach you. Sure, Gibraltar does have the odd bicycle leaned against a building, but even that looks a bit suspicious and tends to get shot out of pure reflex. You’re not blending in at a huge fort on a giant rock peninsula surrounded by water with a bicycle. The Allies didn’t storm Normandy on fixies and 10-speeds. It’s an uphill battle surviving as a bike, which makes sense because Gibraltar is an uphill battle too. Your best bets are probably the dark corners and moving after every whistle. Because, hey, you’re a conveyance. Why not move around a bit, as bicycles often do? 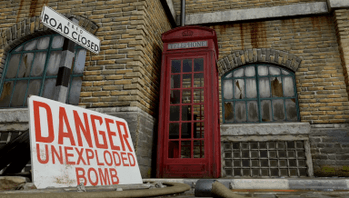 We’re in London and the telephone booths are iconic. Sure they look cool, but phone booths don’t exist to be ignored. This one is tall and red. Utilizing your decoys helps because it’ll at least buy you some time. But, ultimately, you’re still a phone booth where there aren’t many phone booths. We’ve seen successful phone booths finish a round alive, but not many. It’s memorable, so, once you’ve seen it you know what to look for. Plus, it’s red which really pops on this map. Our suggestion? Stay outside. That’s where phone booths belong. 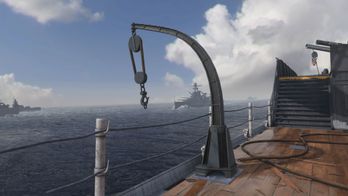 USS Texas provides numerous nooks, corners and elevated positions to hide… if you’re a smaller prop. If you’re the lifeboat crane arm, the next three and a half minutes become an anxiety-riddled affair with your imminent death constantly creeping around every corner. Even if your prop didn’t whistle, your hiding life would be difficult. You can match other crane arms but, to even the untrained eye, it looks a little off. The saving grace here is that you’re narrow and, therefore, more difficult to hit. We’ve seen a more kinetic approach (see: running around for three minutes) with this prop succeed, but you’re gonna need some impressive moves to pull it off. 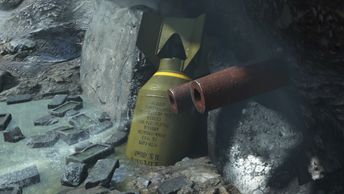 It’s a testament to the quantity and variety of rubble scattered around the bombed-out terrain of Aachen that a literal bomb could conceivably be just lying around. And while a massive bomb could be hidden in plain sight in such a landscape, you’re not far from ‘if I close my eyes, they can’t see me’ levels of self-delusion if you think you’ll stay alive by standing still. Not only do you stand out, you’re enormous. It’s one of the biggest props on this map. We’ve tried a lot of areas to hide this thing: corners, dark corners and the huge hole in the street. Not a ton of success. Sure, it looks funny zig-zagging around frustrated hunters firing where you just were. But those laughs usually mean your time not spectating your teammates is rapidly coming to a close. 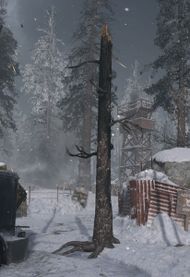 Oh, good, you think, it’s a forest and I’m a tree trunk! I’ll have a fine time blending in beca—no. You won’t. It’s huge. This tree is tall and you can’t hide behind anything. There aren’t even forests where you can join up with your other tree friends. You’re just a broken tree trunk in the snow with precious few options besides juking out a few errant prop hunters. Your Large Prop Bonuses will feel nice, but once you get killed, you’re pretty jealous of that teammate who gets to be a folded bedsheet or something that’s the size of a breadbox.

Prop Hunt’s live until February 27th 10 AM PST when it’ll go away along with the Resistance Community Event. We all get dealt these props sometimes, but even when we do, the game never stops being fun. So, join the hunt and challenge yourself. Can you survive as a bomb? A stack of wood? A hay bale? Post clips of your Prop Hunt mastery with ‘#CODTopPlays’ for a chance to be featured on all Call of Duty social channels.