While trekking across the map in Blackout, look out for some familiar locales from Treyarch’s rich history of Black Ops.

Since 2005, Treyarch has been an integral part of the Call of Duty franchise, as the developer of seven games in the series’ history including, of course, Call of Duty: Black Ops 4.

Black Ops 4 was released close to the tenth anniversary of Call of Duty: World at War, the canonical prequel to the Black Ops series. From that 2008 classic onwards, Treyarch has provided the Call of Duty franchise innovative features and new game modes, such as Blackout, the studio’s popular battle royale experience in Black Ops 4.

Besides taking Call of Duty’s gold standard of responsive and rewarding gameplay to a massive scale, the Blackout map is also a living museum of memories from the past ten years.

We know that it may be tough to stop and appreciate the Black Ops universe history while you’re in the heat of battle, so we’ve done a good amount of the sightseeing for you here: 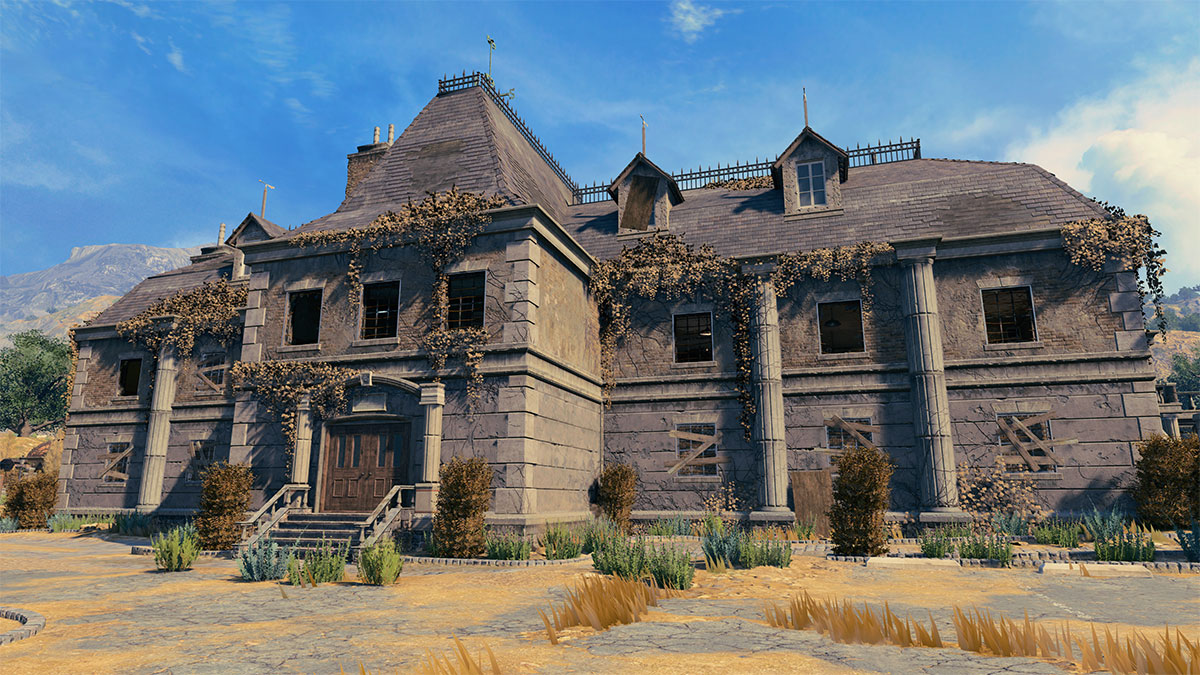 Our first stop around the Blackout map takes us to the Asylum, which is based on the Call of Duty: World at War Zombies experience Verrückt.

Back in 2009, the Call of Duty community was introduced to the “chemically engineered beverages” known as Perk-A-Cola, which were the first major addition to the secret mode hidden inside World at War. Although you won’t find any Quick Revive here, Blackout Perks such as Medic and Paranoia can spawn here as precious loot. 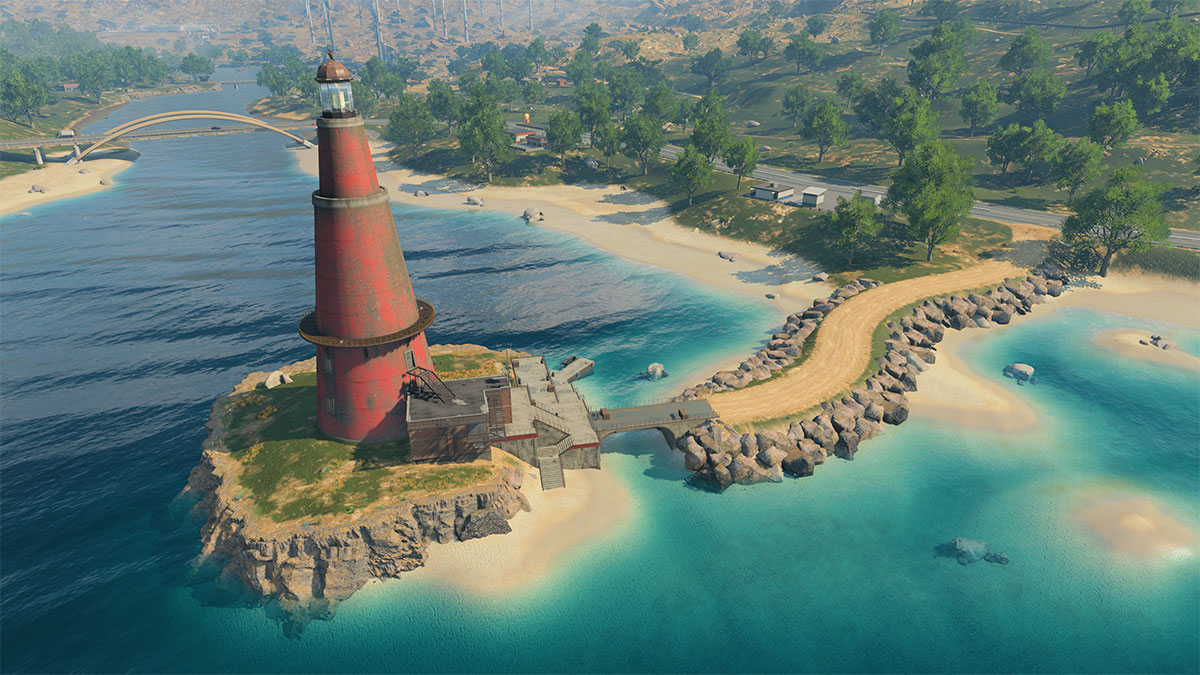 Call of the Dead (Lighthouse)

Located on the southwestern-most portion of the map is the lighthouse from Call of the Dead, a Black Ops Zombies adventure that featured an all-star cast of horror movie celebrities.

In some Blackout matches, Zombies spawn at this location. Instead of Power-Ups and Points, these Zombies can drop rare loot, and if a full wave is destroyed, players will gain access to the highly valuable Mystery Box.

Note: these Zombies can also spawn at the Asylum, southeast of the Asylum at a graveyard, outside Rivertown, and at the Diner across from Nuketown Island. 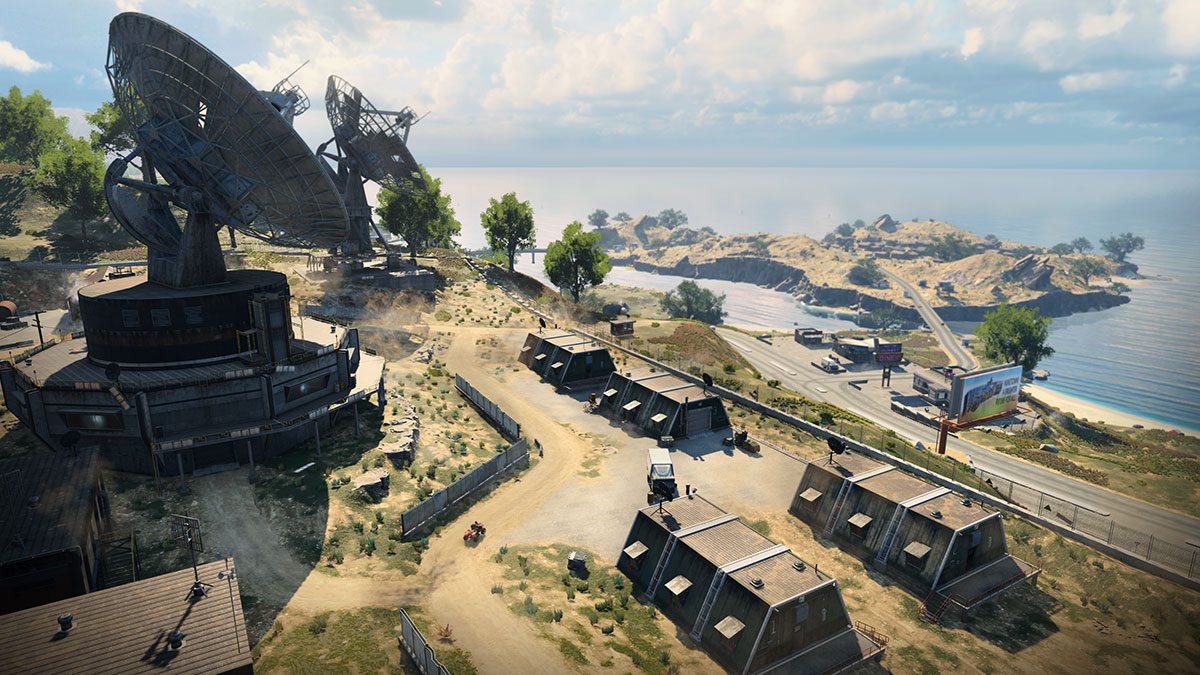 The first of many of the original Black Ops Multiplayer maps on our world tour is straight out of the frozen tundra, behind enemy lines.

Array’s main feature is its central building, a hot spot for close-quarters action in an otherwise spacious area. Unlike its snowy cousin, Array in Blackout has a few more buildings to explore around the circular relay station, which could be filled with some valuable loot. 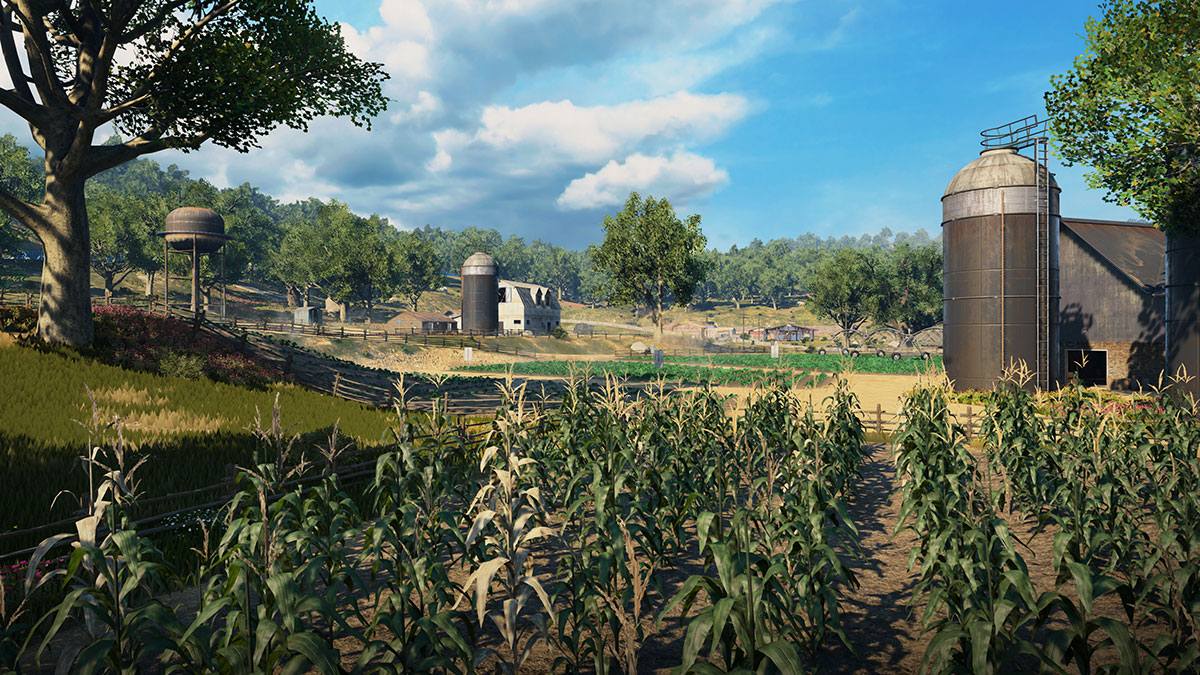 Whether you call it Firing Range, Studio, or “where that Supply Drop just landed,” this part of the Blackout map should be familiar territory to practically anyone who has played a Black Ops title.

Besides the familiar structures towards the middle of the map – including that pesky lookout tower – Firing Range in Blackout also includes a lot of surrounding buildings and obstacle courses with tons of loot. Be forewarned though; there tends to be plenty of live fire on this range! 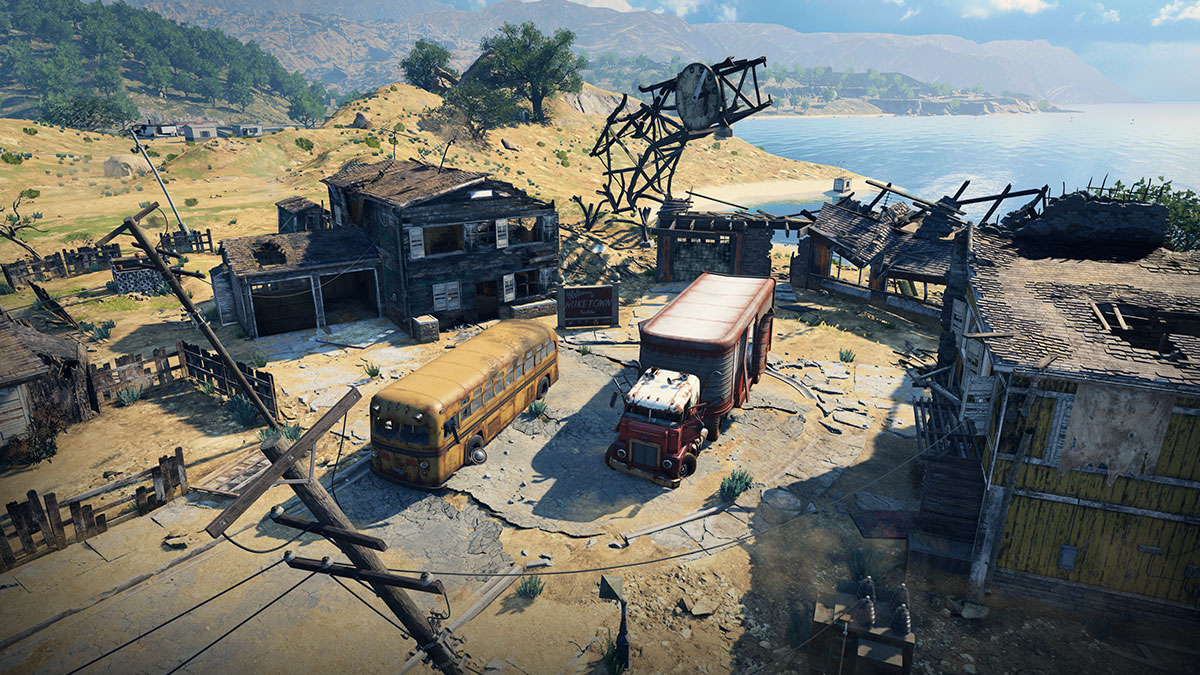 The crown jewel of the Black Ops series, Nuketown gets its own island right off the Western shore of Blackout’s mainland.

On the southern part of the island are the familiar sights ravaged by a nuclear bomb. Even though the blue and yellow houses have seen better days, the Population Counter sign still is tracking how many survivors are left on the island.

Not only does Nuketown Island extend the nuclear testing grounds’ fake neighborhood on the surface, but it also has a new underground network of rooms and tunnels that can be accessed from several locations… including that one bunker behind the blue house that many players may have tried to open over the past few years.

Fun Fact: With the new version of Nuketown becoming available for free to all players in Black Ops 4’s Multiplayer, it joins Firing Range as the only other map to make an appearance in all four Black Ops games. 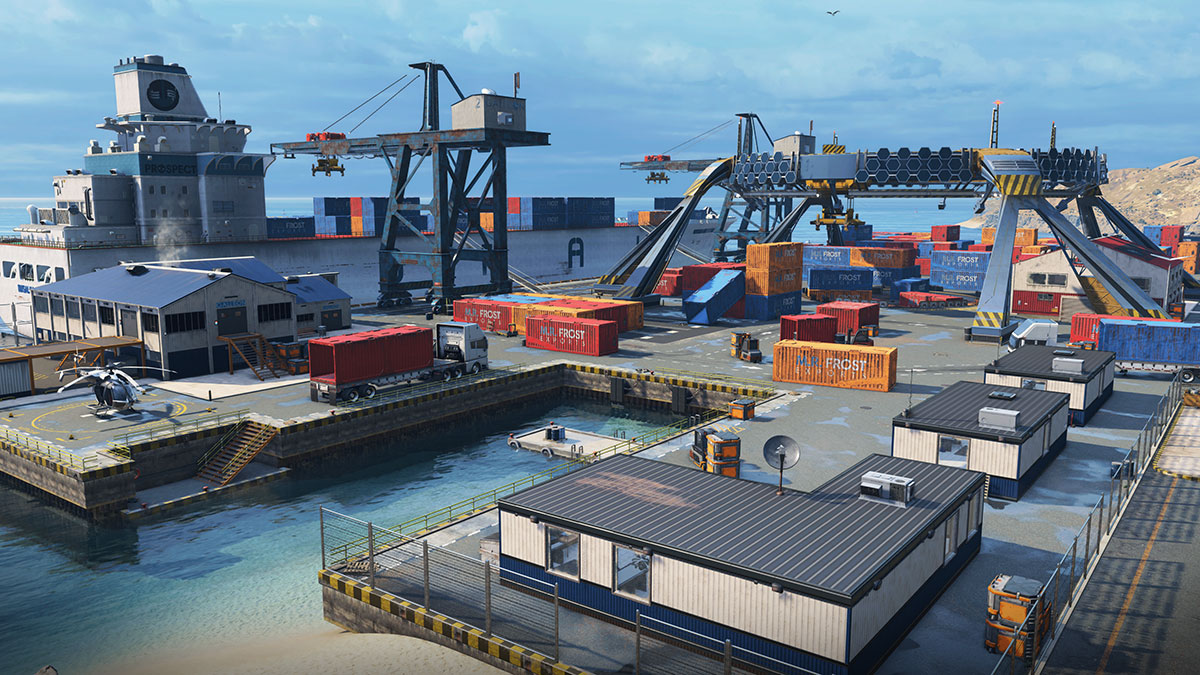 Southeast of Nuketown Island are the Cargo Docks, the place where the Black Ops II Multiplayer map Cargo has a new home.

This area has plenty of open space between containers, which encourage long-range gunfights and tactical use of cover. The main Cargo rig may have short-circuited and no longer moves containers around, but there is still loot lying in, around, and even on the circle above that stands amongst the stagnant containers. 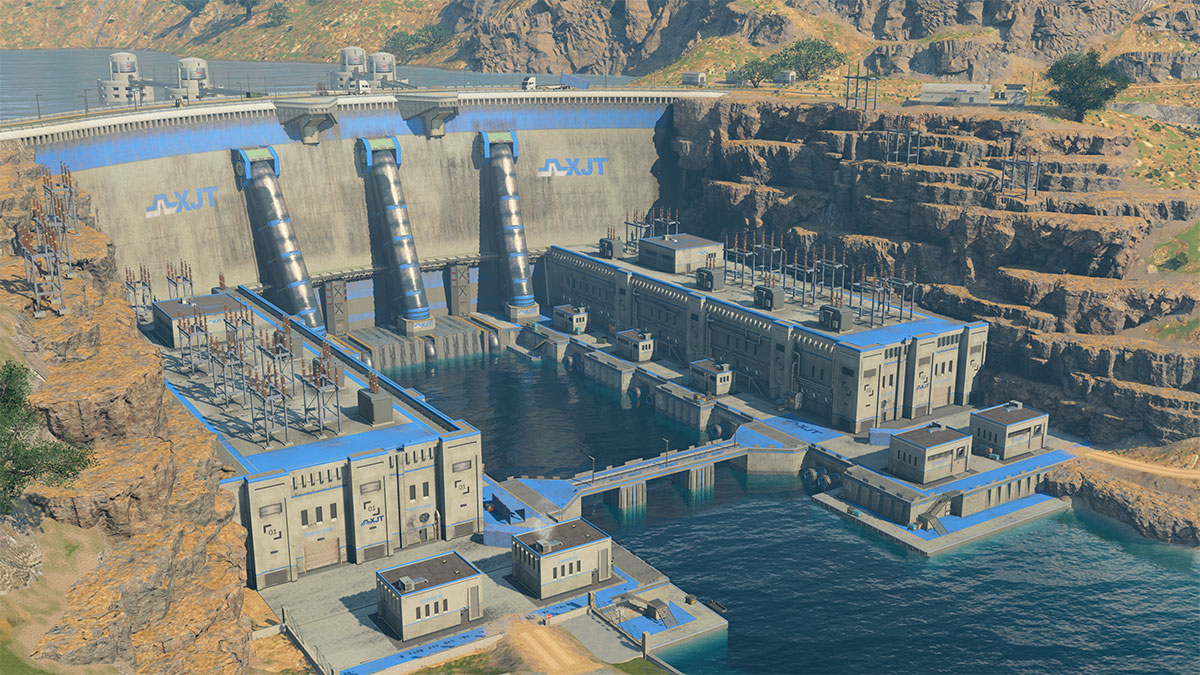 Hydro is one piece of Black Ops history that received a major face lift for Blackout.

In its original form, Hydro was a DLC map for Black Ops II that featured periodically flooding waterways. In Blackout, diving in the water is not only safe, it is encouraged in order to avoid crossfire from the two main buildings. Those main buildings contain plenty of loot, but are conversely some of the biggest hot spots on the northwest side of the map.

Furthermore, the top of the dam is a roadway which vehicles can traverse to get across the map’s main river, or where adventurous soldiers can base jump off of to cover great distances. 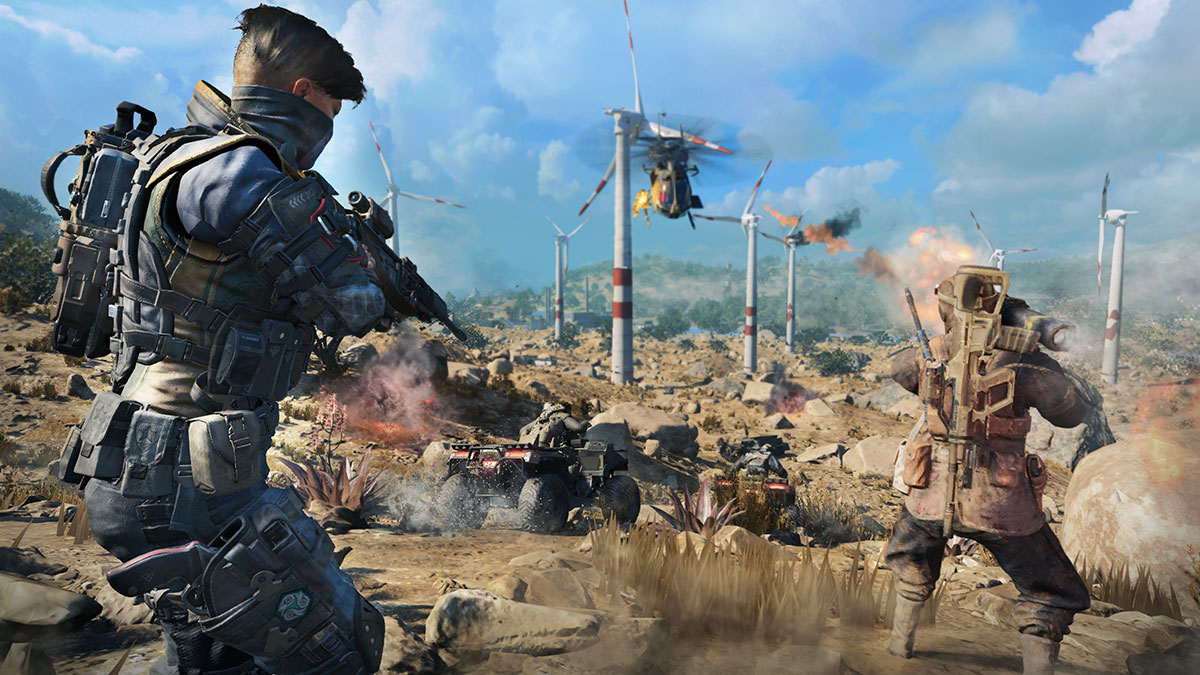 Another Black Ops II map which has been paid tribute to in Blackout, Turbine is a large, open space where plenty of wind turbines (hence the name) generate power.

The red bridge is still a great vantage point for snipers, while the fallen Turbine located among the rock formations is a spawn point for several loot items as well as a good spot to seek cover. Alternatively, the new buildings around the steppe provides plenty of cover from long-range gunfights.

Of course, there are still plenty of secrets and locations on the map (and likely more to come), many of which will be covered in Part 2 of this feature. We hope you take a moment to stop and take in the sights of the Blackout map while playing Call of Duty: Black Ops 4. Or, you can check out the game’s Theater mode and free roam the whole map without fear of an enemy squad rolling up on you.