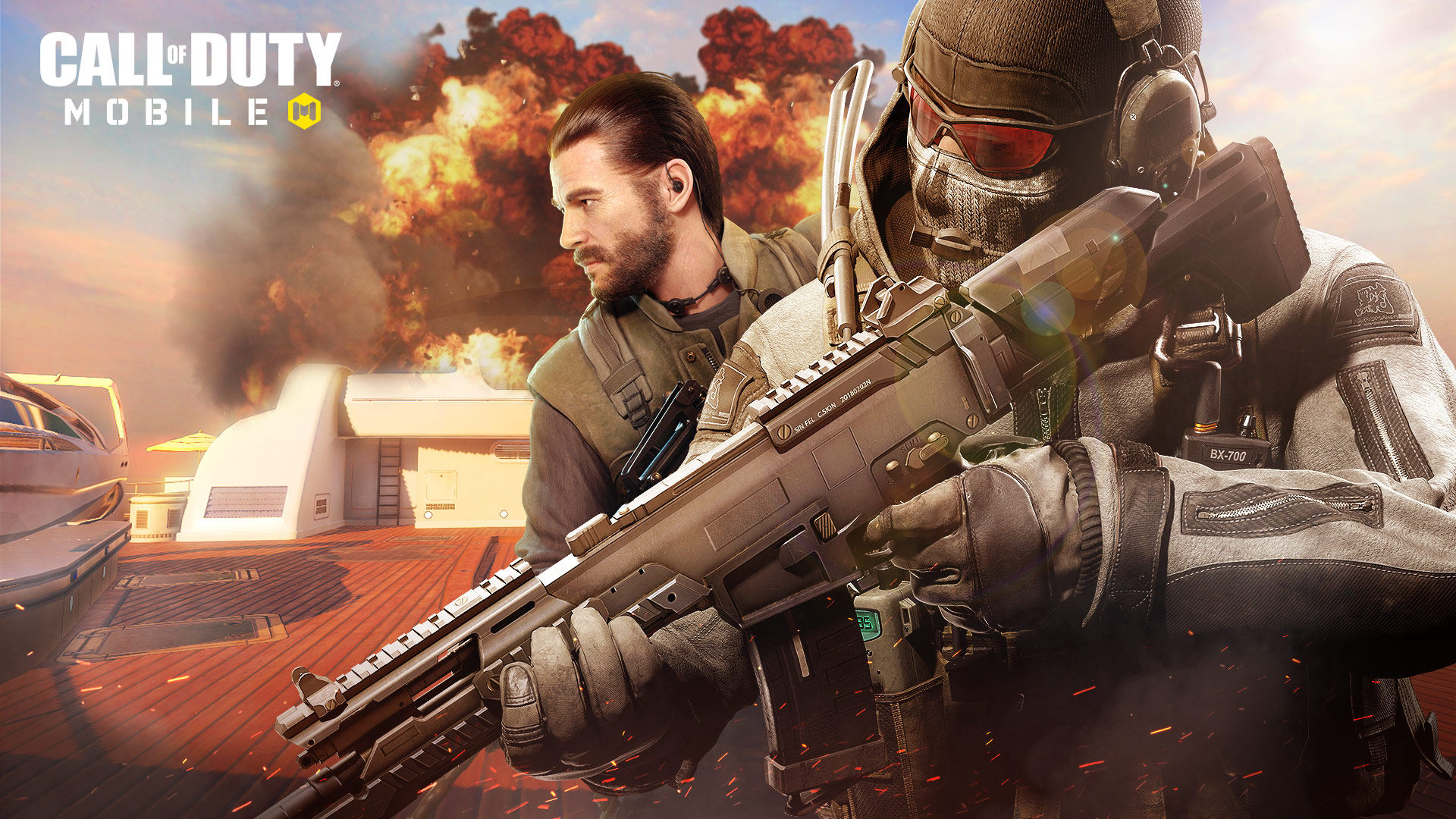 Set sail for our latest Map Snapshot on Hijacked and get ready to dive into some strategic tips and tricks for your next game on this Call of Duty: Mobile Multiplayer map.

Set sail for our latest Map Snapshot on Hijacked and get ready to dive into some strategic tips and tricks for your next game on this Call of Duty: Mobile Multiplayer map.

Slap on some sunscreen and get ready to hit the deck, because our latest Map Snapshot takes us out to the high seas on Hijacked.

Available as part of the Call of Duty: MobileMultiplayer experience, Hijacked makes for a frenetic and chaotically fun experience whether you want to dive into an objective based mode or Team Deathmatch.

Read on to see our tips that might help you make a splash in your next Multiplayer experience on Hijacked: 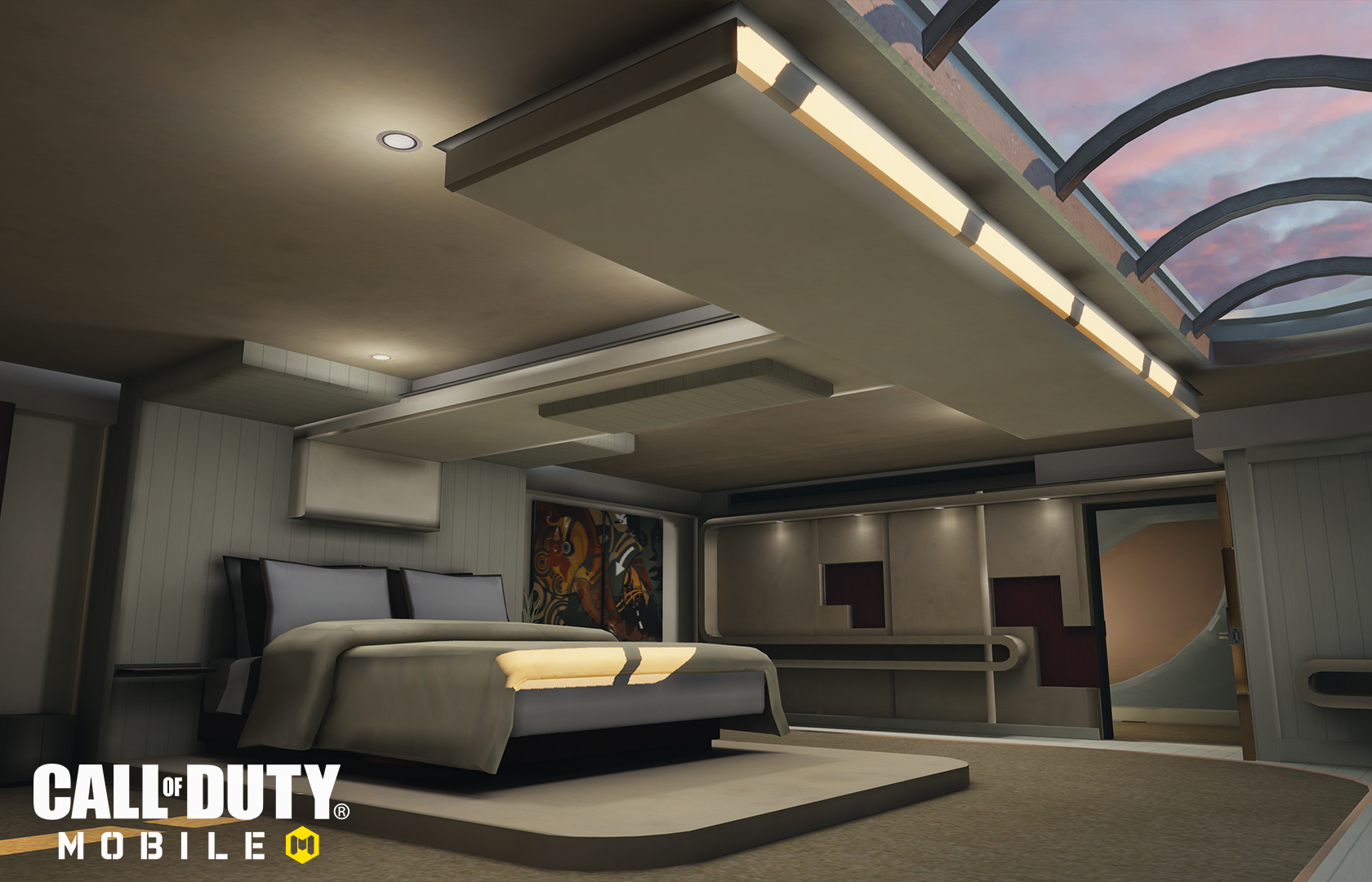 For the ultra-rich leisure lover, this ship is nothing short of a spectacular sight from the helipad on the bow (front) to the pool at the stern (back), which are roughly where both initial spawns are in team game modes.

The middle of the ship has a cabana at starboard (right), a jacuzzi and a catwalk at port(left), and at the dead center, a few showers that would be used after a dip in the briny sea.

This middle section is bookended by the stateroom towards the ship’s stern, as well as a dining area, galley, and on-ship office towards the bow. Both multistory areas also have a chute that leads to a passageway down below the ship’s deck through a massive engine room. 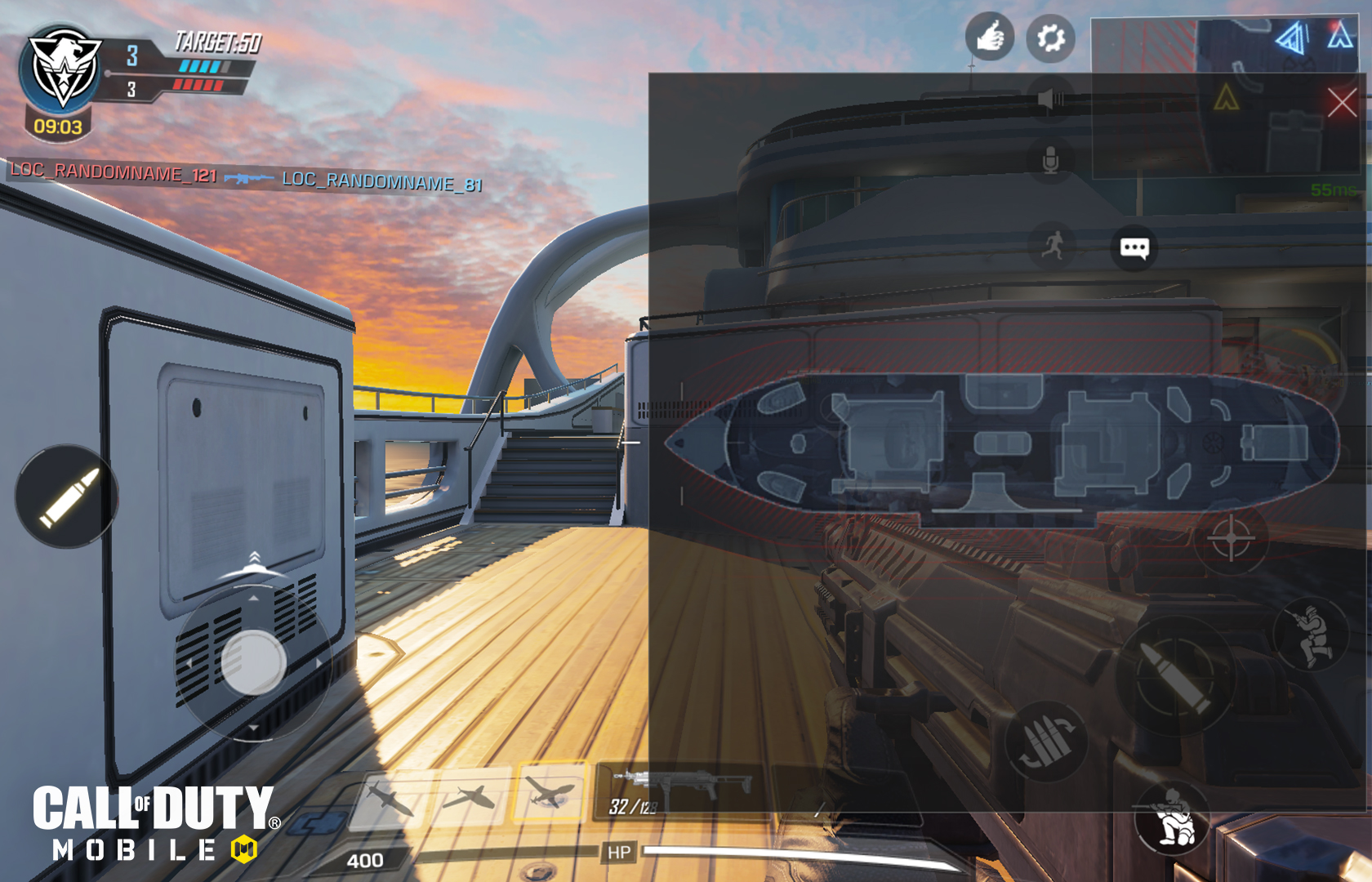 Although Hijacked is big when it comes to yacht sizes, it is far from the largest map in Call of Duty: Mobile.

Close-range fights are usually commonplace here on this ship, given the number of amenities that break up the otherwise open main deck. The three main interior areas on deck are small enough to make two people in one room feel like a crowd, and below deck, the engine room is tight enough for only a soldier or two to fit around the main engine.

Another small, yet worthwhile, path to explore is the long strip of ship behind the jacuzzi in the middle of the map. While this area is normally reserved for those searching for the emergency raft, it may act as a potential flank route against those running in between the jacuzzi, showers, and cabana.

This is also where one of Hijacked’s long-range gunfight opportunities could take place. Other potential sightlines that sharpshooters should look for are from the second-floor deck of the office area at the ship’s bow, out of the second-floor window of the bedroom area, or down the sides of either main structure leading to each initial spawn. 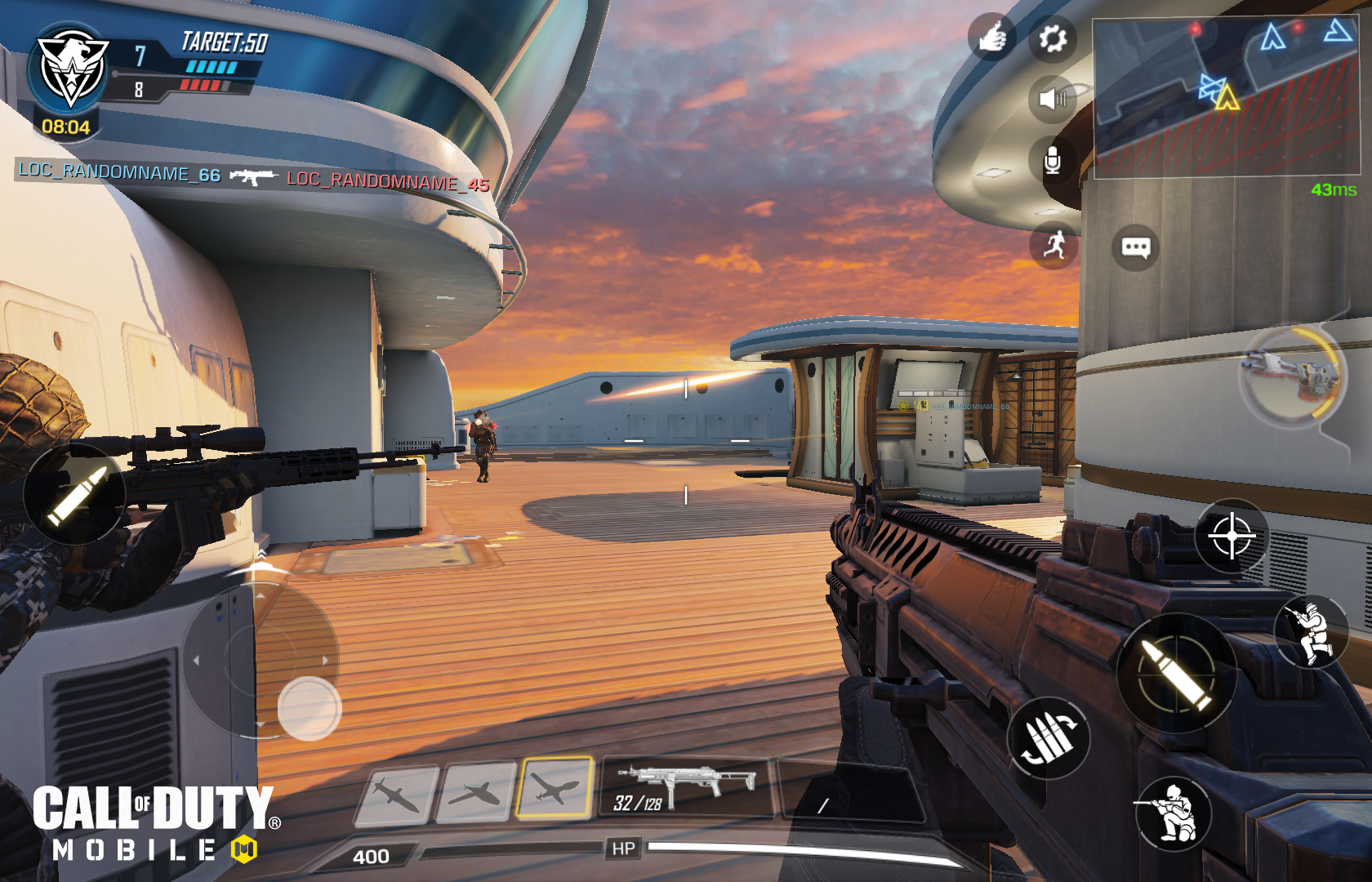 Learning those long sightlines could be advantageous when trying to master Hijacked, as having a good pulse on where the initial spawns are, especially on team game modes, can help you predict where the enemies may be coming from.

The below deck area is also something worth mastering as you experience the map through multiple play sessions.

One possibly huge advantage that this area provides is that it completely avoids the main deck; no grenade chutes exist on this version of Hijacked, so those wanting to completely break away from the main fray can duck under here and move about the ship.

In other words, this serves as a major flank route between spawns, and using it effectively could mean the difference between victory and defeat.

Getting down into this area is easy but climbing out of it could leave you exposed to a smart soldier who knows this potentially powerful route. When climbing out from below deck, consider throwing a concussion grenade or peaking up to prevent an enemy from knocking you out and back down the ladder. 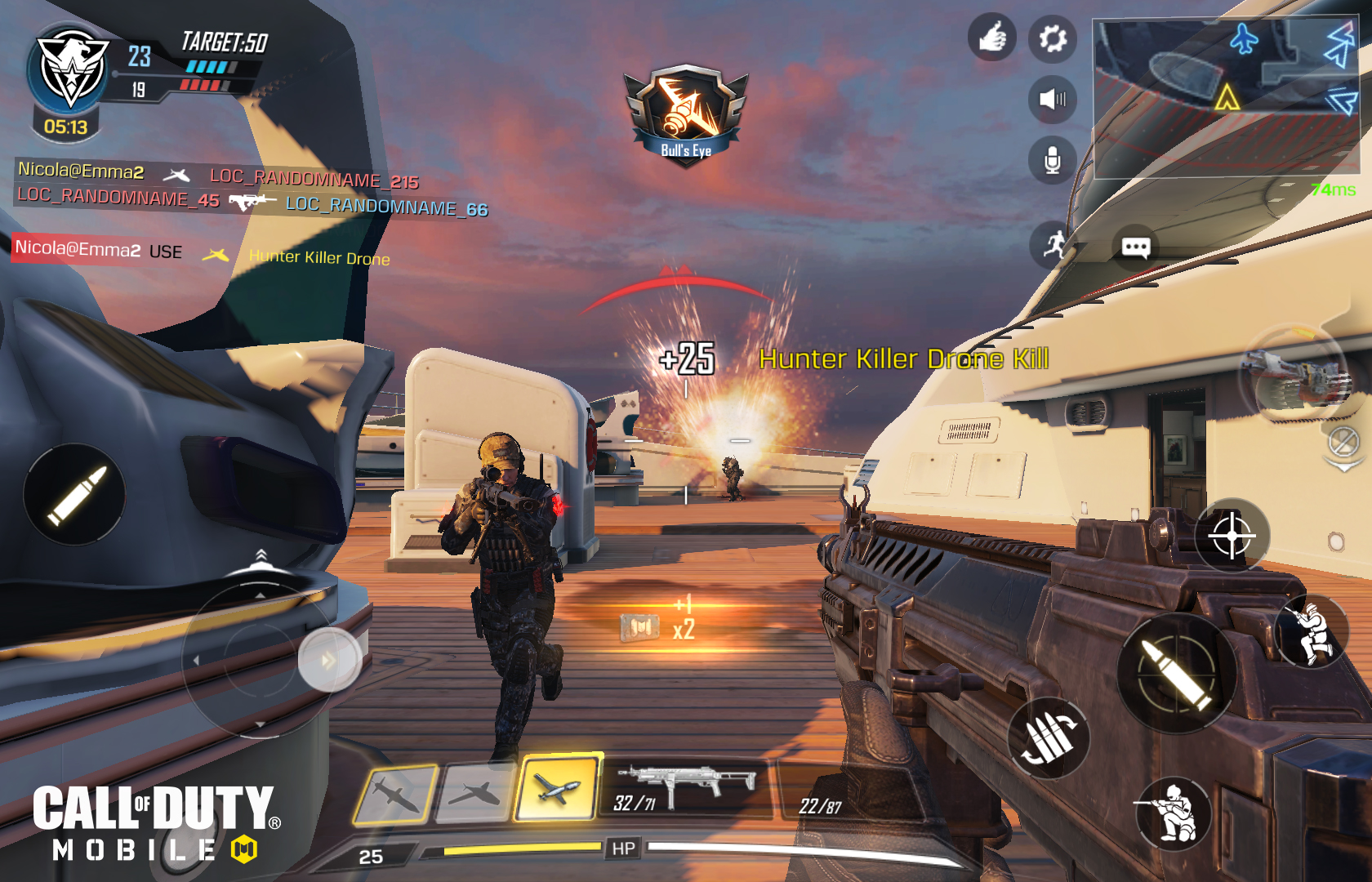 When dropping into Hijacked, it might be a good idea to bring along a Sentry Gun as one of your Scorestreaks.

Avoiding Scorestreaks could be done by taking cover in the two indoor areas on either end of the ship or below deck. While the cabana is technically indoors, its open-concept design allows aerial Scorestreaks, such as a Predator Missile, to potentially sneak in and do damage.

In some objective game modes, the showers in the dead center of the map could potentially become a point of importance.

Should your mission be to hold down this area, beware of crossfire.

A wise tactic may be to hop on a small ledge inside the cabana opposite the jacuzzi and look towards the center of the map.

Furthermore, during objective games, it may be necessary to venture below deck. Even if there is no direct objective here, this area could be a catalyst for breaking an enemy’s defensive stronghold by flanking underneath them and popping up in their initial spawn. 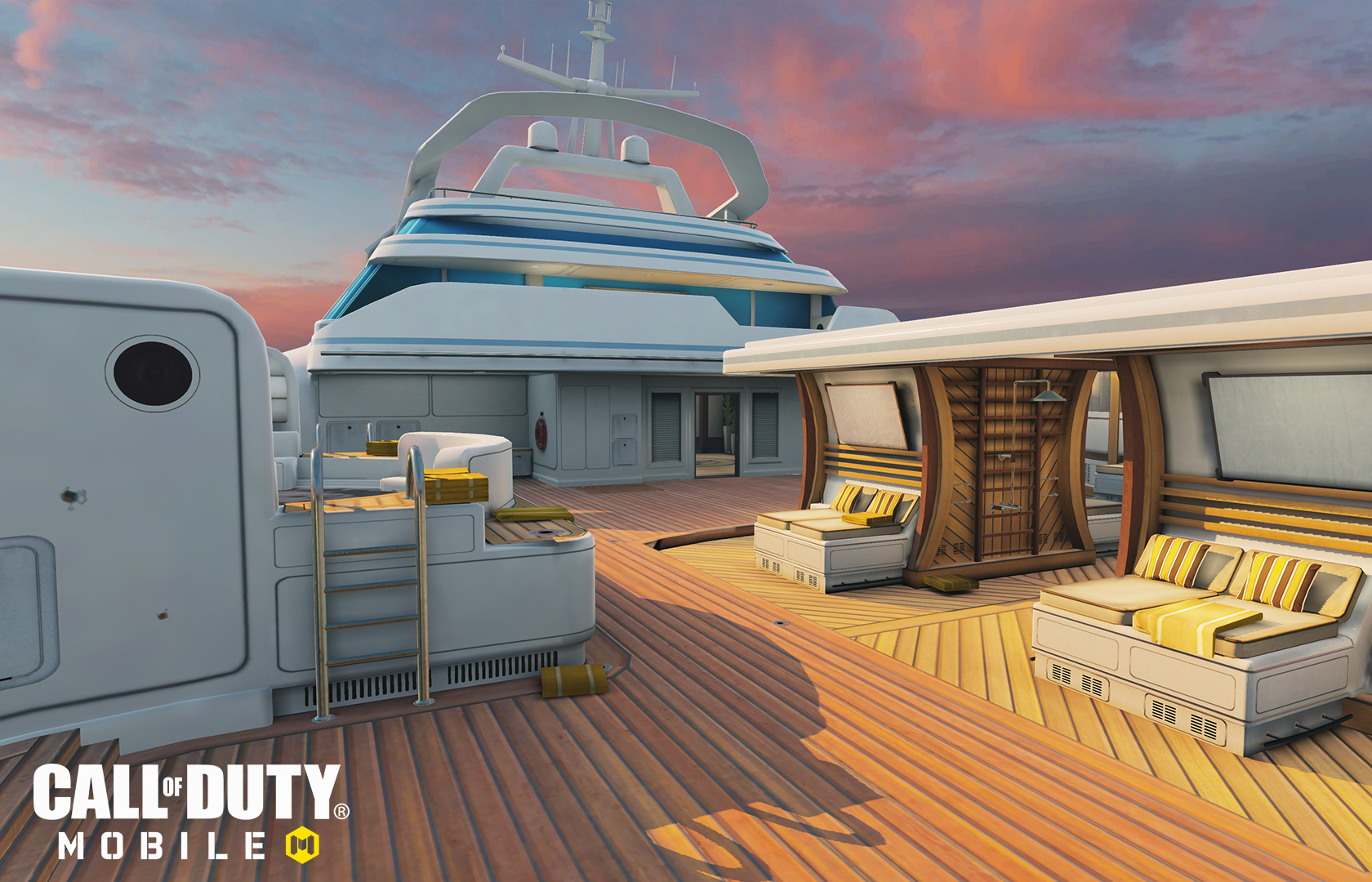 10. Be prepared for potentially frequent and frenetic engagements when selecting this map or dropping into it through a random playlist. Ways to approach this may include switching up weapons, equipment, or even changing your controls.

9. Any and all weapons are welcome on Hijacked, but given its size and commonality of tight spaces, a weapon suited for close-quarters encounters, such as a submachine gun, might be useful here.

8. Sharpshooters have some sightlines when taking up a position on the second-floor decks, or on the long narrow straights that lead from the middle of the map to the bow and stern.

7. Another good sightline to consider is the emergency catwalk on the ship’s port, which could also be a flank route around the middle of the map.

6. Mastering these long strips of open space could be key to an effective winning strategy on Hijacked. In these lanes, either prepare for a potential long-range engagement, or use cover to move to and from the map’s main area.

5. Long lanes are a great place to put down a Sentry Gun. Also, putting one on the second floor of either main area could allow this automatic weapon to lock-on to enemies down below, or even sharpshooters that are holed up across the ship.

4. Be cautious when trying to avoid an aerial Scorestreak by hiding in the cabana, as its open concept might allow a well-placed Predator Missile or other Scorestreaks to sneak in and do damage.

3. The cabana’s open concept does come with a potential advantage; hop on a ledge in here and look out towards the middle of the map to get a great view of the jacuzzi and showers area, which may also be areas of importance in objective game modes.

2. Going below deck might also be a viable strategy during a game, as it could be used as a flank route, a path between spawns, or even be a place of importance for objective play.