From the Office of the Army Air Forces 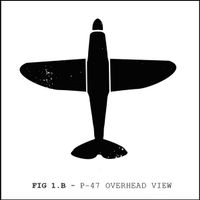 The Axis presence in Sicily has kept the Mediterranean closed to Allied ships for most of the war. To change this trend and, thusly, stem the tide of the war, it’s up to you to secure our first foothold in southern Italy. Under the cover of darkness, you will steal enemy intel docs, capture a radio station to relay said intel, then clear the skies of enemy fighter planes.

Yup, you read that right. You’ll be taking the stick of a P-47 Thunderbolt and ridding the skies of any Luftwaffe fighters in the airspace over Sicily. If you’ve never piloted an aircraft before, don’t sweat it. At the end of the day, aerial combat isn’t that different from fighting on land – you’re just moving a hell of a lot faster and your enemy is a hell of a lot further away. 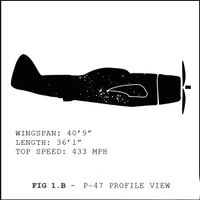 The good news is you’ll be armed with eight .50-caliber machine guns. With that kind of firepower, you should be to take down whatever the Luftwaffe throws at you. But, if you get in a tight spot, just put the balls to the wall and unleash all 2,600 horsepower of your 18 cylinder radial engine.

The controls should be simple enough for you to learn on the fly (pun very much intended). Stick back, you go up. Stick forward, you go down. Left means left and right means right. We’ve rigged the rudder and aileron system to work in sync with your control stick, so all you have to focus on is getting the enemy in your sights. 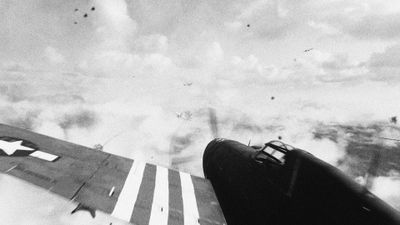 Good news done, let’s get to the bad - you’ll be up against the German Bf 109, the backbone of the Luftwaffe’s heretofore aerial supremacy. These featherweight fighters have decimated the Russians on the Eastern Front with their deadly 13MM machine guns. Marry that firepower with the oomph of a V-12 engine and you’ve got yourself a nimble little ***** that will blast you out of the sky. But, their agility comes at the expense of protection – the 109 is lightly armored, so it’ll only take a few hits to take ‘em down.

Now, even if the skies are clear of enemy birds, you aren’t completely out of danger: Axis forces have fortified their aerial defenses with batteries of AA artillery. These flak guns are the aerial fortess surrounding the German’s Palermo defenses. These defenses alone won’t wipe out our fleet. However, clearing them out along with enemy Bf 109s will allow our bombers to pass through uncontested. 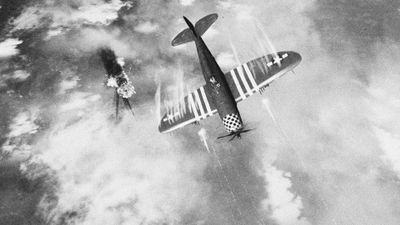 This mission marks the beginning of our multi-pronged effort to halt and reverse the enemy’s forward trajectory. Failure is unacceptable. Victory must be achieved at all costs. Now, grab a flight helmet, jump in a P-47 Thunderbolt and ground Fritz for good.

Operation Husky is the all-new War Mode experience in Call of Duty WWII DLC Pack 2: The War Machine. Head to the in-game store to join the fight!