Destroyers of tanks. Defenders of history. Join the Desert Rats. 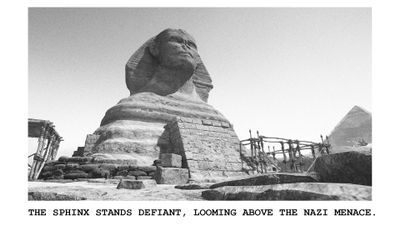 That the Nazis harbor global ambitions should come as no surprise. Their rapid expansion into neighboring nations, and now continents reveals the scale of their aspirations. However, the depth of their goals goes deeper than land. Mythmaking on a grand, historical scale to justify their aims is a core tenant of their expansion philosophy.

This is why they desperately want to control one of the seven wonders of the ancient world. This is why the mission of the 77th Armoured Division could not be more essential. 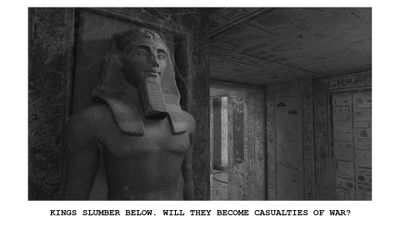 Operating out of a post in Giza, the mission of the 77th Armoured is to stem the tide of Axis advance, protect the heritage and antiquities of the region, and, ultimately, push the Germans out of Africa. In the course of executing this mission, the men and women of the 77th have earned the moniker ‘Desert Rats’ and it’s easy to see why.

Rats exist in less-than-desirable areas of the world, and the unforgiving desert certainly fits that description. Pesky, aggressive and elusive, the Desert Rats strike hard and disappear. German tank divisions have grown to fear thewhipping winds of sandstorms, not just for the mechanical malfunctions of sand-coated vehicles but, for the anti-tank rockets regularly whistling through the elevated wall of sand. 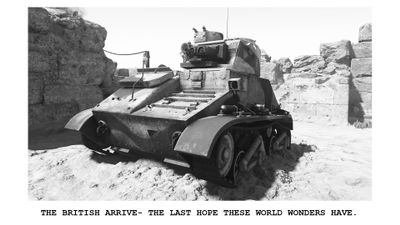 In the battle for domination of this area, you can expect heavy action in the center of the temple ruins. Enemies will drop in from above, sneak up from below and every other possible direction. The ruins offers no shortage of pathways into, around and through. You must learn them all to anticipate enemies or elude them. You’ll bounce from tight-quarters confrontations inside to wide-open combat once outside the remains of the ancient structure. For more intel, we’ve obtained a video packed with insights on fighting in Giza.

Defending the world’s history from German usurpers is as noble a calling as could be. They must never be allowed to rewrite history, as victors often do. We must push them from these historical sites to ensure these things live on in their original state and not repurposed to suit the convent narratives of an oppressive occupying force. This is what the Desert Rats fight for. Every day. 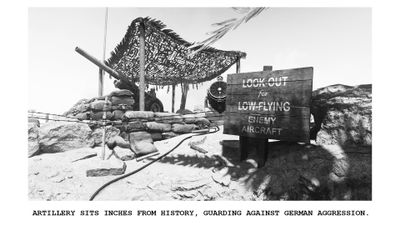 Despite early success in slowing the Axis’ advance, the Desert Rats need your help to force a retreat. The 77th Armoured as a call out to all men and women of will and skill to join their noble fight in North Africa for freedom and history. The forward momentum of the German military will meet an unmovable force in the desert. The Desert Rats are that force. They will nudge the arc of history away from evil among the greatest structures ever built.

Nothing less than the world is at stake. Join the fight.

Egypt is one of the fantastic, new Multiplayer maps included in The War Machine: DLC Pack 2. Head to the in-game store to join the fight!