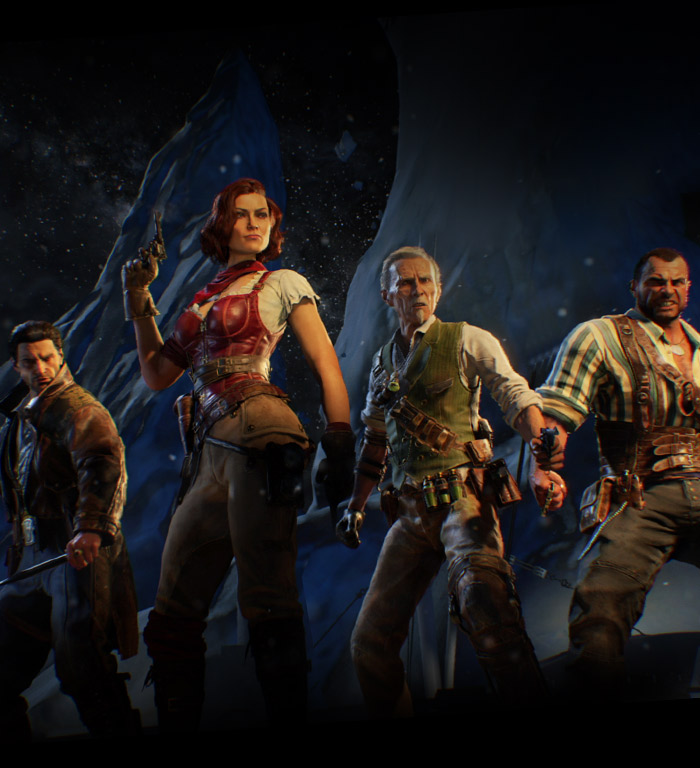 On the heels of Scarlett’s missing father, Alistair Rhodes, the Chaos heroes embark upon the doomed maiden voyage of the RMS Titanic. It is here where a precious artifact from a mysterious society is the hidden link between our heroes and Alistair Rhodes’ whereabouts. Scarlett, Diego, Bruno and Stanton must now fight from bow to hull, winding through luxury dining rooms, secret passageways and even the Millionaire Suite – now torn to shreds by zombies.

But What About the Iceberg?
In “Voyage of Despair,” glaciers are the least of our concerns. It appears that everyone aboard the RMS Titanic – guests, servants, staff – have been mutated into red-eyed, groaning and powerful zombies.

These zombies are quick and bloodthirsty, which makes them difficult to defeat in the narrow corners and passages of the Titanic, especially in higher rounds. Take advantage of shortcuts between rooms for a quick escape: look for where fallen debris creates ramps between dining rooms, hallways and lounges.

However, it’s not only the zombie staff and undead diners you must avoid. As you progress through the rounds, special zombies like Stoker, the gigantic, mace-wielding mini-boss, prove tougher and tougher to beat. His mutated flesh absorbs bullets with ease, requiring teamwork to take him down.

But these are not the only adversaries you’ll need to beat. Say hello to the Blightfather, a spiked monstrosity that’s half-spider and half-nightmare, which appears to thwart Scarlett’s team if they progress too far. This scourge of the Chaos storyline must be carefully and strategically taken down if Scarlett is to succeed in her quest – but luckily, a little strategy and a good loadout goes a long way. 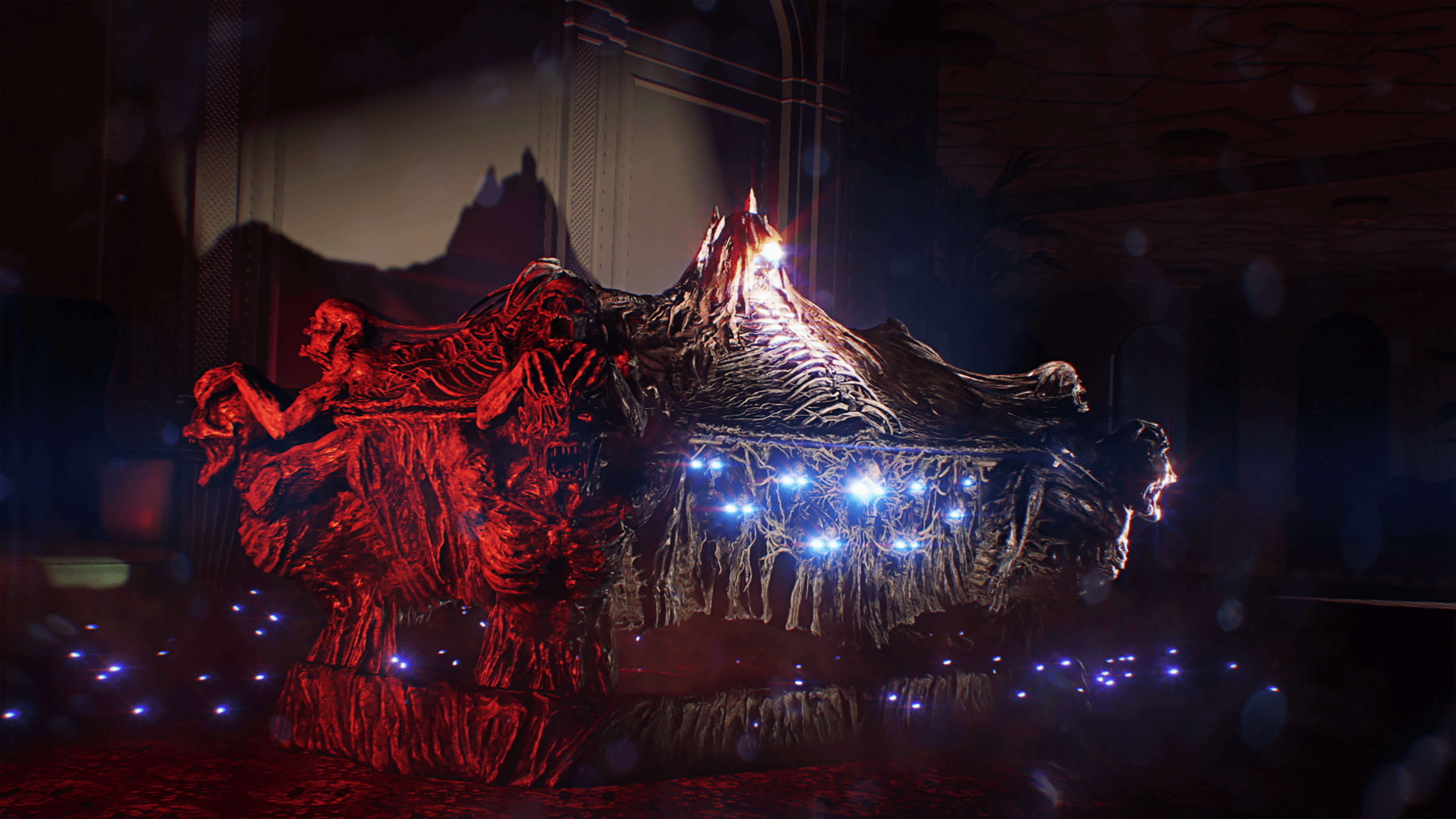 Doors, Weapons & Talismans
To unlock the secrets of their mission, the Chaos heroes must not only defeat special zombies as they spawn, but also physically unlock doors throughout the ship – done by trading points from zombie kills for access into the deep center of the Titanic. This requires a bit of budgeting when it comes to points, since Weapon Wall-Buys and Mystery Boxes also cost you.

To maximize your points, you can rebuild barriers around the map for extra points, which will also slow down entering zombies. But also, try experimenting with different Talisman consumables which can help give you an upper hand in battle. Talismans like “Dimensional Pocket” give the user an extra frag grenade. Or, try the Talisman “Major Token of Superiority,” which lets you start the match with an Assault Rifle for added firepower right away.

Plus, each Chaos character can choose a Special Weapon to wield for the whole match. The Special Weapons available to the Chaos heroes are the Chakrams of Vengeance, Viper & Dragon, Scepter of Ra and Hammer of Valhalla. Each Weapon has 3 levels of devastating power, which players can reach simply by racking up enough zombie kills. For more information on Special Weapons, check out our Call of Duty®: Black Ops 4 Zombies Overview on the Call of Duty® Blog. And don’t forget to try ‘em all to see which one suits your playstyle best! 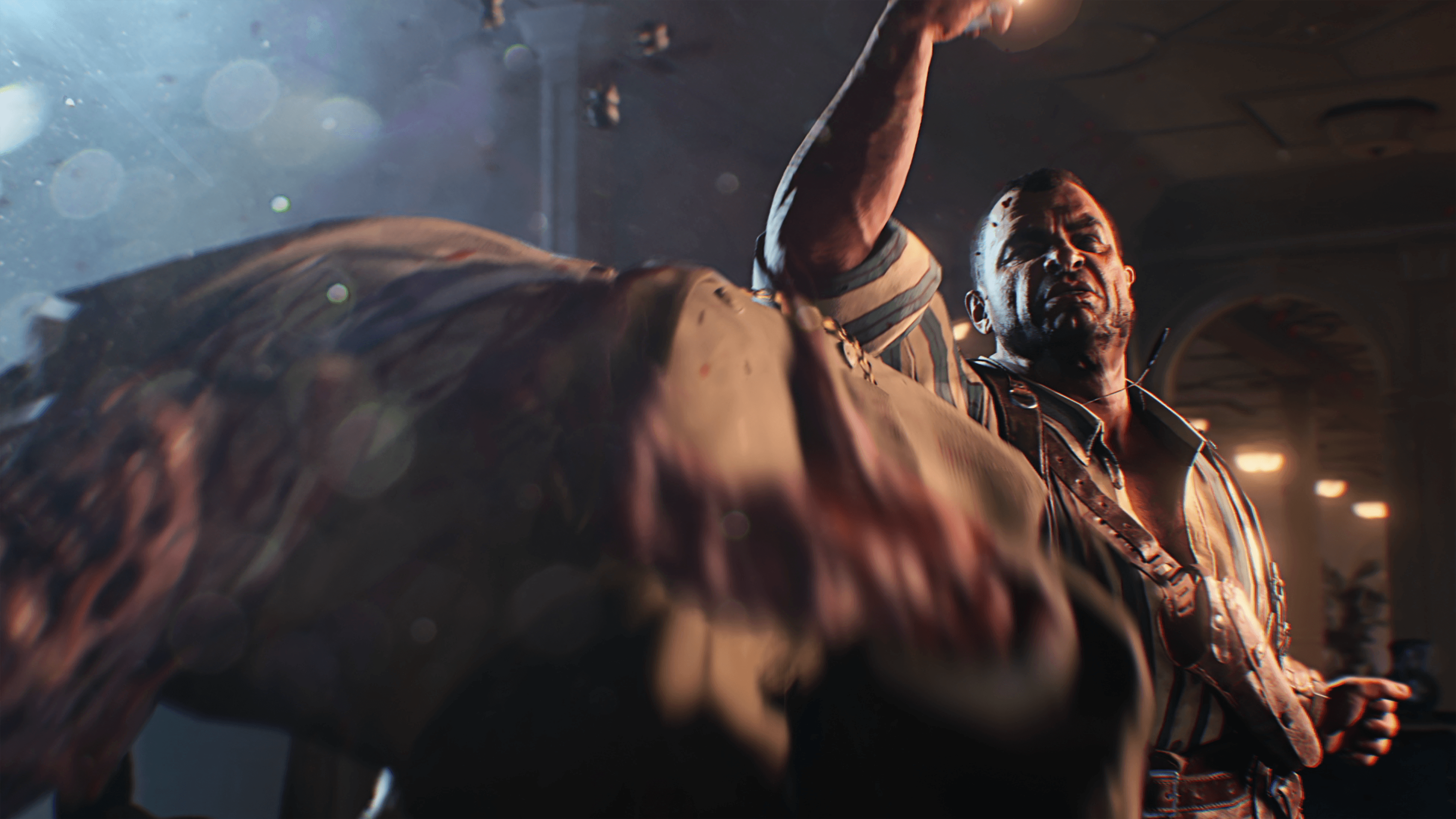 Get Playing!
Black Ops 4 packs even more ways to interact with Zombies maps than ever before, with the introduction of the Rush Mode. In the "Voyage of Despair" Rush Mode, players can jump in and jump out for a thrilling game of plain survival, with no Easter Eggs and no fluff – just sweet, sweet zombie killin' action that makes for a great way to practice your knowledge of the map and reap exclusive rewards.

“Voyage of Despair” is only the first stop on the Chaos heroes’ journey, with even more to discover in the Ancient Egyptian map, “IX.” No matter which map you play first, expect more mysteries, more puzzles and deep, well-hidden Easter Eggs – perfect for Treyarch Zombies pros who have been waiting to take a crack at this new storyline. However, “Voyage of Despair” can also be enjoyed at any level of Zombies skill -- with stunning visuals, enticing mechanics, alternate history and a thrilling race for survival.

Now, pick your weapons, Elixirs and Talismans. It’s time to get to the bottom of this Titanic terror and save Alistair Rhodes … before it’s too late.