Olivia, Jefferson, Drostan and Marie can’t catch a break. After being chased down by an enemy Zeppelin, they’ve now found themselves isolated in Antarctica amid the burning wreckage of the enemy’s airship. To make matters worse, The Final Reich’s Undead evil is still overcoming the world in waves; and so, our heroes must confront it at the source and descend into the Lost City of Thule – an underworld maze filled with frozen subterranean tunnels, candlelit chambers and an unspeakable horror. This is Call of Duty®: WWII DLC Pack 4 – Shadow War’s latest and final Nazi Zombies mission, ‘The Frozen Dawn.’

As Olivia and Co. wind deeper underground – further from General Rideau, their Allies, and the forgiving light of day – they battle endless Undead, uncover well-concealed Easter Eggs and become acquainted with the most maddening, twisted, multi-leveled Nazi Zombies map ever.

But – there’s small relief. As the ‘Frozen Dawn’ will take an extra measure of grit and dedication to beat, General Rideau’s provided a slew of new Weapon Upgrades and Consumables to give you and your team the upper hand. Read on to see what’s new – then lock and load for the tense conclusion to this Undead saga.

Oh, don’t worry, there are plenty of Wüstlings to go around – but the Lost City of Thule conceals an even worse Undead villain: the ’Corpse Eater.’ This multi-spiked enemy attacks other Zombies before attacking you, because every normal Nazi Zombie he eliminates makes him stronger. The Corpse Eater will tear down every Zombie in the horde until it’s just you and him – but at that point, he’ll be nearly bulletproof, so get rid of this monster as soon as you lay eyes on ‘em. 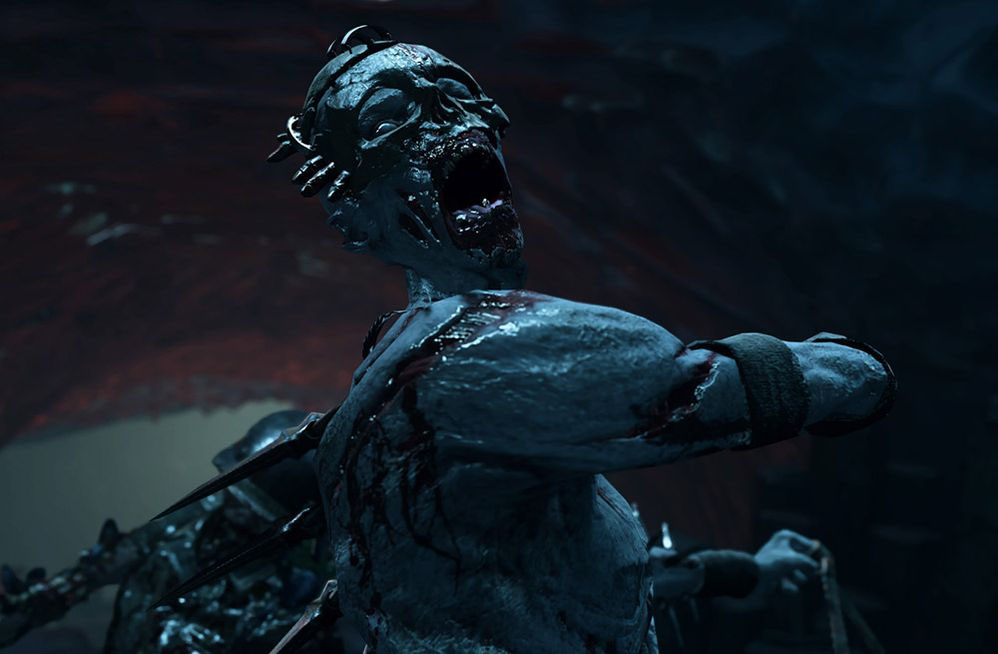 The fast-paced nature of Nazi Zombies missions usually lends itself to run ‘n gunning playstyles, with SMGs and Assault Rifles leading the attack – especially for newer players. But this Thulian city contains plenty of sightlines between floors and chambers, leaving ample opportunities to mow down the Undead from a distance. So, General Rideau’s adding fuel to your fight by giving ALL LMGs the Ubersprengen treatment starting 10am PT September 4. Every LMG gets its own unique upgrade; simply find your LMGs in the Wall Buy stations and discover all the different flesh-rippin’ features you can use.

And for those still in doubt about running around in Nazi Zombies with an LMG – see how well a Void Sizzler takes heavy fire. Then get back to us.

As the action-packed close to Nazi Zombies’ addictive, survival-based Undead adventure, ‘Frozen Dawn’ is guaranteed to be a grind from Wave 0 to the Boss. Make sure you not only take advantage of the new Consumables and Weapons, but that you’ve paid a visit to the Weapon Build Kits tab if you haven’t already.

Sure, you’ve pulled a head-busting MP-40 or a fast-firing Waffe 28 from one of the Wall Buy stations, and yeah, you’ve thrown ‘em in the Ubersprengen to upgrade your firepower against the growing horde. But don’t just rely on the Standard build. Every Weapon Variant you unlock (by opening Supply Drops or leveling up in Zombies) can be modified in the “Weapon Build Kits” section of your Soldier tab. Add crucial attachments from Multiplayer like Extended Mag, High Caliber and Quickdraw to your favorite Weapon, and that same variant and its custom attachments will be waiting in its Wall-Buy Station on your very next match, fully primed for battle by YOU.

An example Weapon Build would be the Epic ‘Brandi’ Grease Gun SMG, a Weapon that’s relatively easy to find in most maps. Add Extended Mag, Advanced Rifling, Full Metal Jacket and Fast Fire as attachments, and the next time you grab a Brandi, its stats will be buffed about 50 percent. 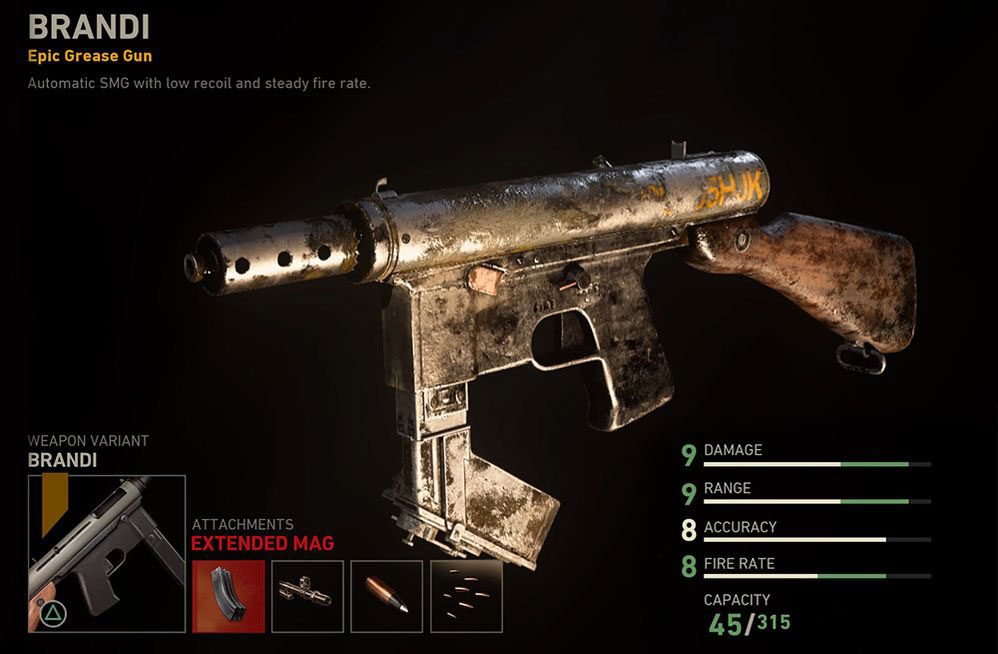 Additionally, certain Weapons used in Nazi Zombies – and found by unlocking Supply Drops – grant Perks that are specially primed for Zombie slayin’. You can also add attachments to Weapons with Perks if you’ve unlocked those specific variants. Here are some examples:
• Epic ‘Siberian’ SVT-40: ‘Efficient’ Perk: Multi-Kills grant a Special Ability meter bonus
• Epic ‘Thrive’ PPSh-41: ‘Precision’ Perk: Increased Headshot damage, decreased Damage to the body
• Epic ‘Roundabout’ Lee Enfield: ‘One Shot, One Kill’ Perk: Earn bonus Jolts from One Shot Kills
There are even more hiding out in the Weapon Build Kits tab. Visit it now – you may already have some variants unlocked!

Now, Get it Done

More maddening Easter Eggs. More survival-based adventure. And more sweet Weapon upgrades. Pick up Season Pass for Call of Duty®: WWII and gain access to the entire Nazi Zombies saga – then, play ‘The Frozen Dawn’ to bring it to its heart-pounding conclusion. (Oh, and save the world … no pressure.)