As Winter Siege enters its waning days, the forecast calls for a blizzard of XP in Winter Carentan. That’s right; the Winter Carentan playlist now gives you: Double Soldier XP, Double Division XP and Double Weapons XP. Chances are you’ve played a decent amount of Winter Carentan, so the purpose of this guide is to spark some creativity to keep your experience fresh as you climb the ranks. Here are some fun and unique ways to max out every kind of XP as you battle through the snowy streets of this tiny, French town.

Melee Your Way to Soldier XP 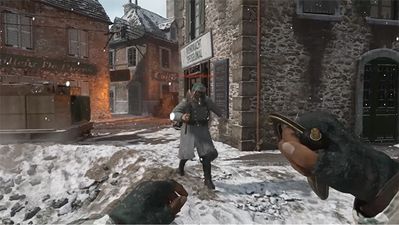 When you encounter someone with a ranged weapon and you have a knife, you’ve literally brought a knife to a gun fight. But, when your melee beats their gun: it’s a ***** satisfying feeling. Winter Carentan offers an abundance of dark corners, tight staircases and inter-connected buildings that make it a perfect place to sharpen your melee skills.  The Trench Knife and Ice Pick are the new Winter Siege hotness but, you can’t go wrong with the trusty US Shovel either. If you’re gonna’ roll with a melee, it makes good sense to pick the Serrated Basic Training. It makes your Melee weapon your Primary and you use it faster. Plus, you’ll carry two Throwing Knives for some ranged lethality and two Tacticals to get close enough for a melee. When you get the hang of creeping on this map, you’ll probably make short work of the Melee Kills Career Challenge.

Launch Your Career With Weapon XP 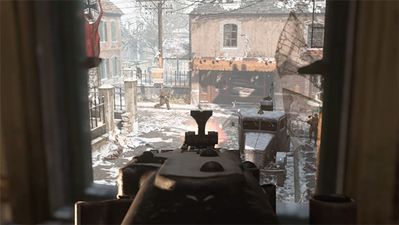 Those of you familiar with Winter Carentan have likely noticed the abundance of 2nd floor windows and MG nests. They’re coveted spots where you’re likely to find opponents holed-up. You know they’re there but, how do you take them out? Doing it with a Launcher is both fun and satisfying. You’re not lacking for range with these things: they’ll shoot down Scorestreaks and effectively clear an area of anybody thinking of posting up. Finish off those Launched Challenges with ease as you clear out opponents from their perch with rockets. Leveling up Launchers can seem tricky but, you’ll get 2X the Weapon XP for your successes this time. So, shoulder-mount that baby, blow up window scouts and launch your XP into the stratosphere. 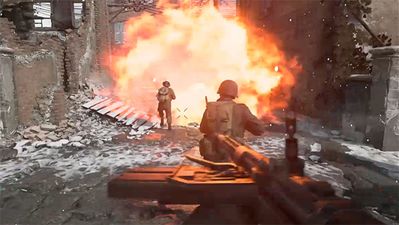 The Expeditionary Division provides essential skills that aid all players in any game mode. And, the same characteristics of Winter Carentan that make it a good place to melee also apply to Shotguns. These boomsticks pair nicely with the Concussed Basic Training, which gives you two Lethals & two British N 69 Grenades to stun enemies while you get close. With this loadout, you’ll unlock a boatload of Division XP while blowing through the Expeditionary Skill & Specialist Challenges simply by using the Shotgun class and Incendiary Shells (the Expeditionary Skill). As you rise in Expeditionary rank, you’ll unlock the ability to throw Lethals & Tacticals farther and resupply them from fallen enemies. Stick to your dark corners, staircases and tight hallways and you’ll have your opponents begging for mercy. As for that equipment you’re carrying, one Lethal and one Tactical, there are categories of Challenges for both of them you can knock out along the way as well.

So, whether you’re looking to mix it up or roll with your standard loadout, what matters is the 2XP firehose is on. When a thing like that happens, you stop what you’re doing, jump in the mix and get promoted faster than your boss’s cousin while you level up those Divisions and Weapons like mad. Don’t miss this golden opportunity before it goes away at 10AM PST on January 2nd. And be sure to submit your highlights under #CODTopPlays for a chance to be featured on the Call of Duty social channels.