While Nazi Zombies is a great cooperative mode, if co-op isn’t your style or you’re looking for an awesome challenge, try for a solo battle against the undead. With the right Special Ability, Consumables and Raven Research, there’s a helluva lot of fun to be had - just one person against a world of slobbering, ravenous, bloodthirsty brainless bastards. Should you decide to go it alone, here are a few things to remember: 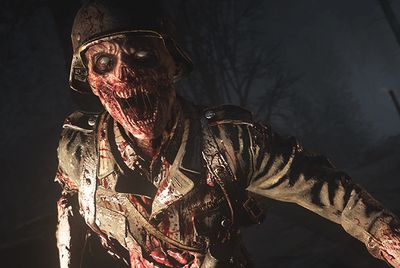 You know that helpful little Prologue that teaches you all the great new things Sledgehammer Games added to Nazi Zombies? Did you know it technically has no end? While on the surface it may seem like just a tutorial, it doesn’t have to be just a quick one-and-done before you get into the main event. Use this low-stakes opportunity to learn the nuts and bolts of Nazi Zombies and how to survive on your own. Perfect your melee technique, keep track of how many hits each wave needs to go down take note of how much time you have between waves and what you can get done in that window. As long as you stay in the house, the zombies will keep coming. Not only is it fun, but it’s great way for you to practice getting out of tight situations. And who knows: sticking around may come with a perk or two, depending upon how many waves you survive. And try to go somewhere over the rainbow (hint hint). 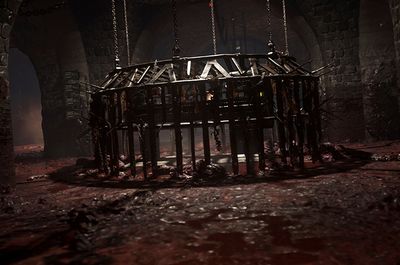 After you’ve had your fill of the Prologue and moved on to the Final Reich, the Nazi Zombies will be swarming fast. Chances are you’re going to find yourself with a horde in front of you and a wall behind you. At times like these, it’s important to keep your situational awareness and know your surroundings so when you get in that jam, you know how to get out of it. Make a dash for any open area to get a decent lead on the zombies, then make an about-face, preferably just on the other side of a choke point. You’ll be presented with a long line of undead, just waiting to get topped. This is a perfect time to activate the Freefire Special Ability if you have it equipped, which allows you to fire nonstop without reloading or expending any of your ammo supply. There are few things more satisfying than turning a bullet hose loose on a single file line of soulless death machines.

When you’re battling solo, it’s easy to only focus on your primary and ammo levels, overlooking your grenades. A well placed sticky bomb can wipe out a surprisingly large number of zombies and buy you some time to reload or put some distance between you and the horde. They also work wonders on Wüstlings: those huge, lumbering zombies with the club hand that charge you when provoked. When one of those big boys come around, throw a sticky on him, get to a safe distance, then finish off that club-handed ***** with some well-placed headshots.

Nazi Zombies is great on your own, but is meant to be played co-op - it’s fun, satisfying and chances are you’ll get further than you could on your own. That said, it’s worth doing some solo time to hone your skills, because you never really know what you’re capable of until your back is up against a wall and you’re staring down the throats of a few dozen Nazi Zombies. Now go jump into a zombies match and give the Final Reich hell!