Welcome to Valkyrie. A fantastic, historically-inspired addition to the collection of Multiplayer maps in Call of Duty®:WWII.

Welcome to Valkyrie. A fantastic, historically-inspired addition to the collection of Multiplayer maps in Call of Duty®:WWII.

The Resistance DLC pack is live and you know what that means: new maps. Over the next few weeks, we’ll guide you on a tour through each of The Resistance-inspired maps of the first DLC pack for Call of Duty®: WWII. While these guides sprinkle in some history for context, you’ll also get some hot tips to springboard you towards MP dominance. To kick us off, we’re beginning in a place known as ‘Wolf’s Lair’.

1944: deep in the Masurian forests of East Prussia exists a top-secret fortress unlike any the world has ever seen. Multiple layers of steel-reinforced concrete insulate the enormous bunkers in this complex from potential enemy bombardments. 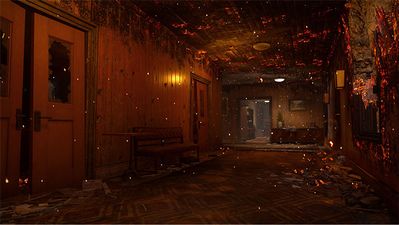 This map’s layout brings a mix of areas and engagement types: long sightlines through the map center and tight quarters through the massive bunkers. This varied terrain leaves your weapon loadout as wide-open as you could want because there’s no truly bad choice. If you’re partial to Rifles, you’ll thrive here with ‘em. Their range and damage lend themselves to the sort of gun fights you’ll see in the bunkers and around them. More of an LMG or SMG fan? You’ll no doubt put in work with the MG42s, Orsos and M1928s of the world. The balanced layout allows you to play to your strengths. Which, speaking of layout… 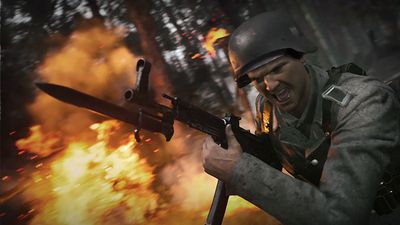 Valkyrie only depicts the inner-most complex of the sprawling Wolf’s Lair, a monstrous military instillation hatched from the mind of a paranoid Führer. To escape their botched coup attempt, the assassins had to drive miles through multiple checkpoints just to reach the last security gate at the edge of the facility. Fortunately for you, you don’t have to travel that far to blow up a bomb point in Demolition. Just avoid Sticky Grenades.

So, that’s Valkyrie. A fantastic, historically-inspired addition to the collection of Multiplayer maps in Call of Duty: WWII. The Resistance is packed with new maps and experiences. Keep an eye out for more map breakdowns in the coming weeks.