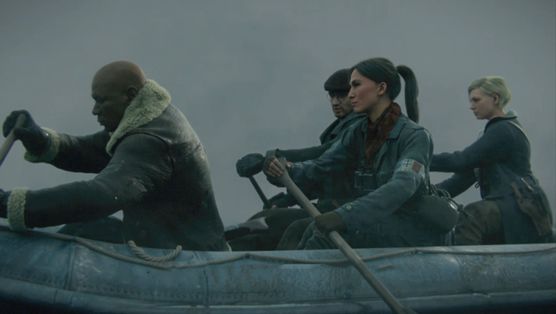 The Darkest Shore is packed with some awesome visuals, unparalleled intensity and ***** good gameplay. First is that amazing cinematic - you’re cruising in a dingy with your squad, sailing the bloody seas as you approach your fate. You hit the beach and all hell breaks loose. The sea comes alive with the dead and you think to yourself “Holy crap that’s a lotta zombies for the first wave. How the hell am I supposed to get through this with a pistol and a prayer?” Then you look to your right to find an MG nest and your dread gives way to giddy excitement. Because few things in the world of gaming are more satisfying than ripping through a throng of Nazi Zombies with an MG 42 pumping out 1,200 rounds per minute. Saddle up on that bad boy, hold the trigger down until the barrel glows red and watch those bastards sink back into the sand. But, fun as it is, don’t be a beach bum for long - you’ve got a lot to do and not a lot of time to do it. So get up offa’ that MG, head up the Bluffs and let’s get to work.

One issue people wrestle with early on in The Darkest Shore is prioritization. There are just so many horrifying places to see, so many terrifying things to do and so many zombie noggins to pop, it’s easy lose sight of your objectives. To help take the guess work out and keep you on track, here are 6 things to get done before Wave 10: 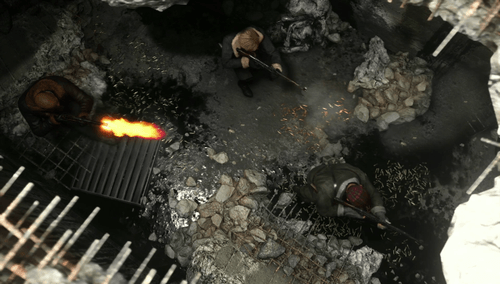 1. Don’t Be Cheap - A lot of players treat Jolts like they’re made of gold-plated platinum. They’re not. If you have enough to open a door, do it. If you see a new gun you want, buy it. If you pass a Blitz Machine, use it. The common inner monologue is “Meh, I’ll have time for it later.” No. You Won’t. Before you know it, you’ll be dealing with a crowd of Nazi Zombies swarming you like a pack of forgetful boyfriends and husbands descending on a gas station flower shop the morning of February 14th. It’s times like these you’ll wish you had opened that door for an escape path or grabbed that FG42 to blast your way out.

2. Be an Explorer - In order to check things off in your Notebook, you’re going to have to scour the entire map for things like Radio Parts, Saw Blades and Elektroschnalles, which means you have to open doors to gain access to more of the map. I realize that this is kind of a repeat of part of the first point, but it’s really important and they say repetition breeds habit. So open doors. Got it? Good.

3. You Have the Power? -  Once you get those doors open, keep an eye out for power panels. You should know what they look like from the Final Reich, but if The Darkest Shore is your first foray into Nazi Zombies, you should be able to figure it out. If you can’t pen it down, just keep looking; don’t feel like you’re bunked. 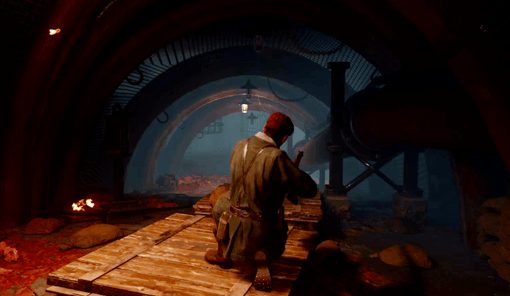 4. Go For A Ride - After you’ve opened your doors and turned on the power, it’s time to go for a ride on the Mine Cart. Now, while this is really fun, it’s not an amusement park ride: you’ve got things to do. Have two members of your squad play cowcatcher and clear the tracks of those pesky bombers up ahead while the other two keep an eye on what’s passing close to the cart. If you see a bright shiny thing, maybe press Action. Maybe you’ll pick something up. Maybe it’s really important and unlocks something that will make your weapons insanely powerful. Maybe you need to grab three of them by changing the direction of the mine cart every time you get to the end of your ride. Just maybe.

5. Get Lifted - You’ve opened doors. You’ve activated the power. You’ve ridden the Mine Cart three times and grabbed some interesting looking stuff on the side of the tracks. Now it’s time to go up to the Elevator near Bunker 3. Inside you’ll find a contraption called the Ubersprengen, which you can now access thanks to those things you picked up on the cart ride. “What’s an Ubersprengen?” Just use it. “But it’s 5000 Jolts!” See point 1. 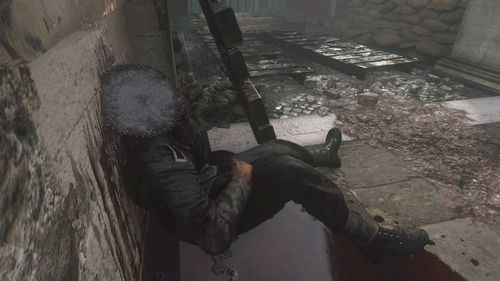 6. It’s Hip to Hit Square - This button is your key to weapons, doors, Mine Carts, everything. It’s also your key to picking up scavenged items that may not readily stand out but are absolutely crucial to you getting ANYwhere in Darkest Shore. What kinda items? Well, we’re not going to spell it out for you - that would kill the fun. But, remember this is an abandoned military complex and to make things work in it, you might need to grab stuff off some of its former staff. They’re a lazy bunch - you’ll see them laying around here and there, head not in the game.

This is just the first 15ish minutes of Darkest Shore and merely the beginning of an amazing journey full of close calls, inventive gameplay, riddles and attacks from human Nazis in planes and boats. Yes, you read that right, and you get to battle them with heavy artillery. But only if you play Darkest Shore. So get in there, remember your 6 keys to success and see how many waves you can survive before you get taken down.

Also, keep an eye on your email inbox for future issues of the Call of Duty Newsletter where we’ll be featuring all kinds of tips, tricks and other awesome content. Until then, happy hunting.