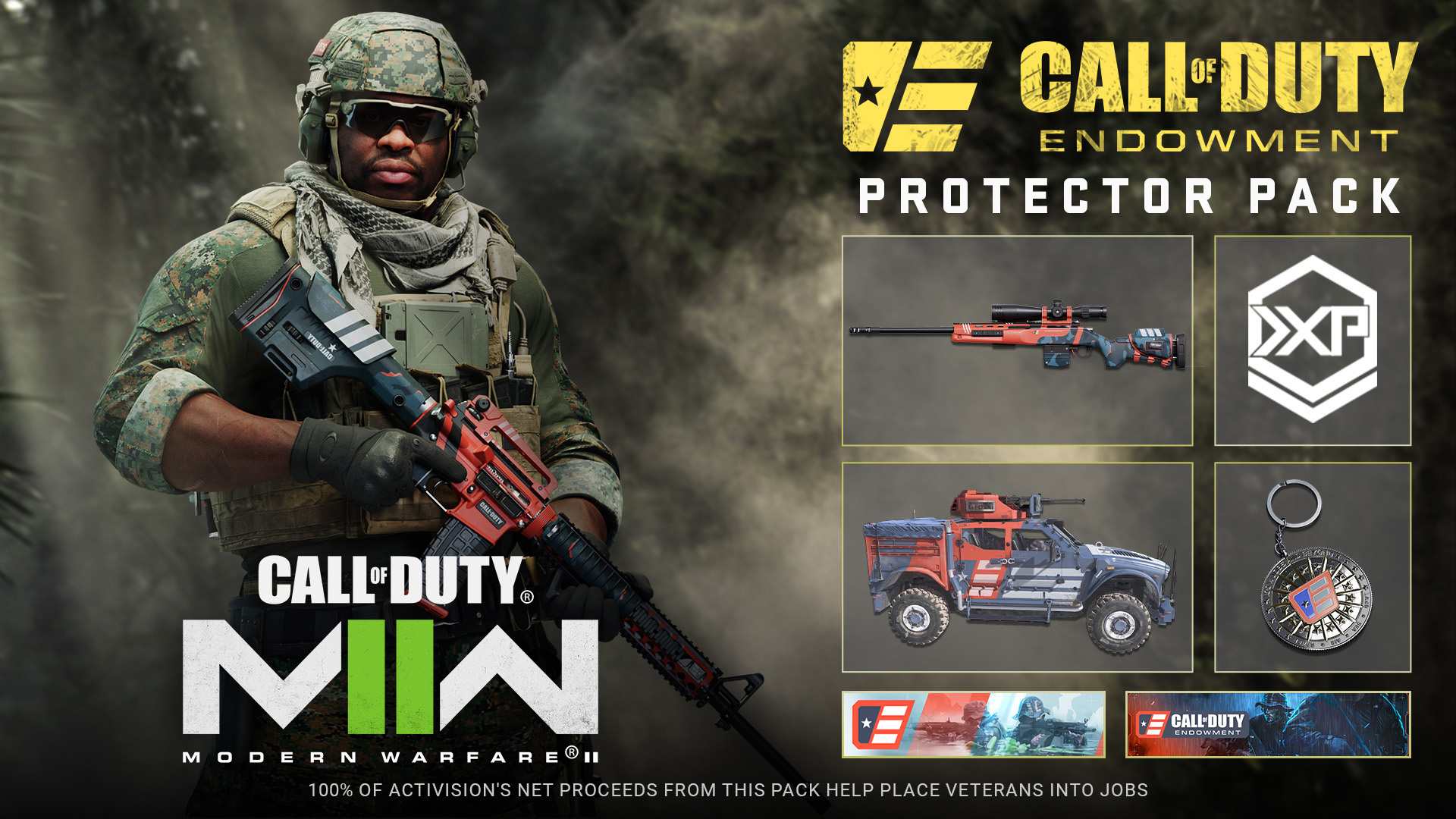 Call of Duty®: Modern Warfare® II is primed for launch as millions of players anticipate its October 28 release when the game’s Campaign, Multiplayer, and Special Ops modes all go live for deployment.

Support military veterans by purchasing the Call of Duty Endowment (C.O.D.E.) Protector Pack for use in Modern Warfare® II as well as Call of Duty®: Warzone™ 2.0 when it launches later this year on November 16. By purchasing the Protector Pack, you will be directly contributing to the Endowment’s mission to place unemployed and underemployed veterans in the U.S. and U.K. into high-quality jobs. 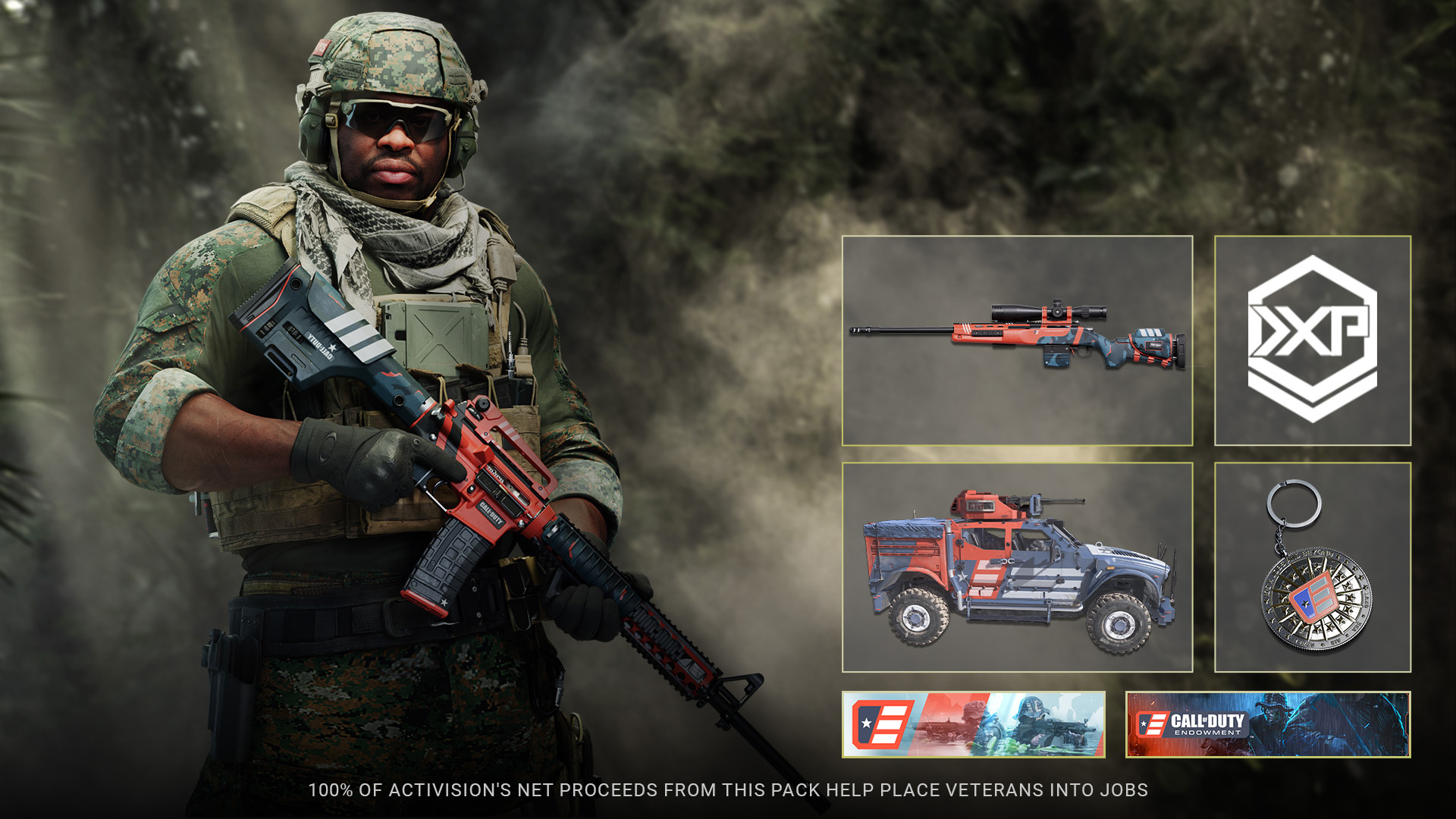 The offer ends once $4 million USD have been raised for the cause. 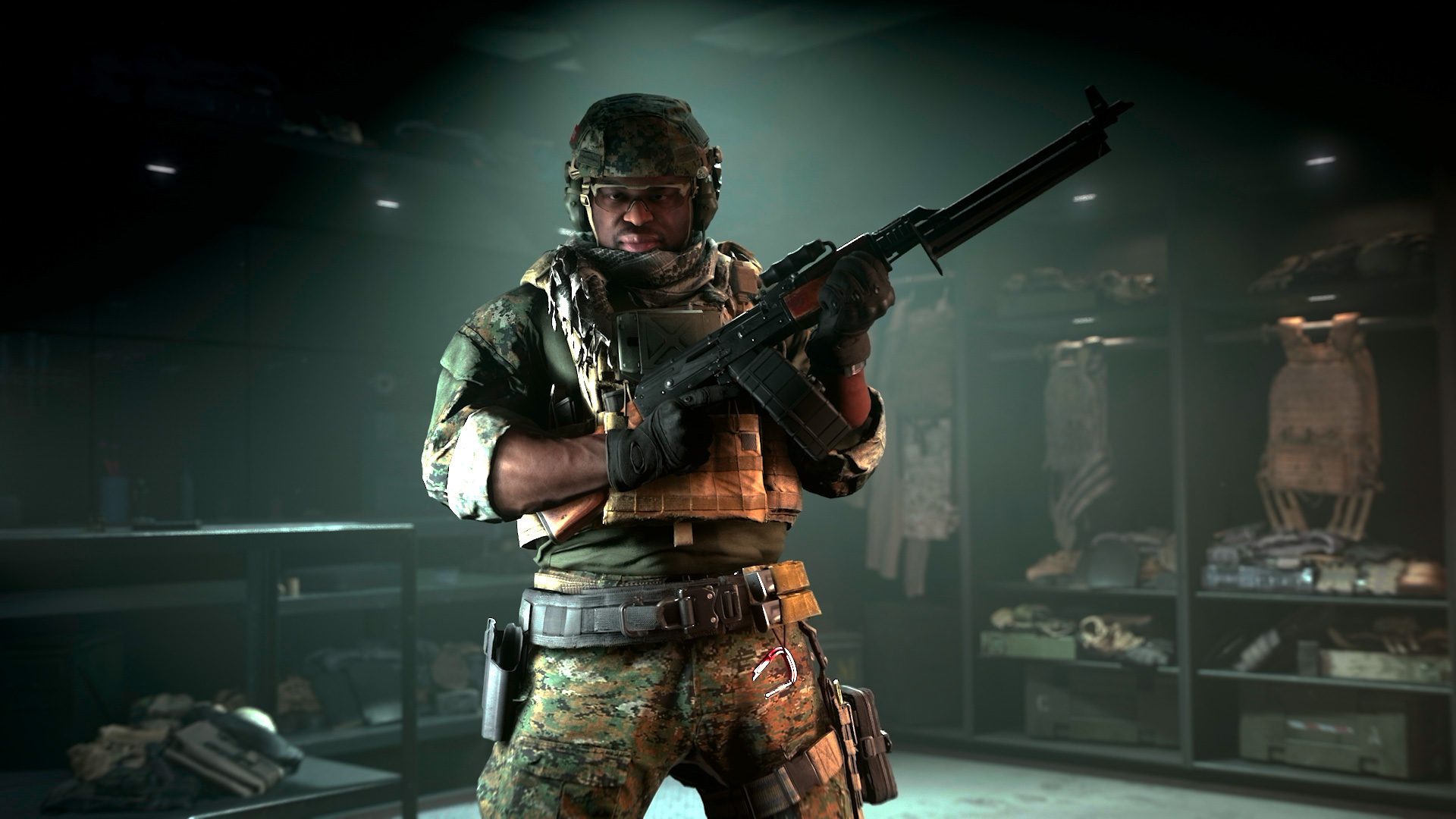 Hutch has always been good at two things — football and video games. For obvious reasons (he’s built like a house and moves like a panther), he was encouraged to pursue the former. The eldest of three boys, Hutch was a protective brother and a natural leader with a tendency to push limits — in life, in the classroom, and on the field. Hutch never gave up his love for gaming and his knack for building computers, his mind, and his body for peak performance. His hard work and dedication paid off when he was rewarded with a scholarship to play college ball and pursue a major in computer science, artificial intelligence, and data engineering.

While in school, Hutch saw the rising conflict between Russia and Urzikstan and the continued involvement of Western military forces in the embattled region. When the news of the raid by U.S. Marine Corps “Demon Dogs” on Ramaza Hospital successfully captured Al Qatala’s leader, known as the “Wolf,” Hutch felt a calling to serve his country and chose to enlist in the Marines.

A physical beast, Hutch’s size, strength, and athleticism made him a standout in the Corps, but his love of computers and technology uniquely qualified him to combine his hardened body and sharp mind, pursuing a path as a Marine network and data specialist. His role exposed him to many facets of securing digital data, configuring cyber services, and advising new developments in digital encryption and cyber capabilities.

After 4 years of active duty, Hutch elected to complete the rest of his service commitment as a reservist. Always one to have a plan, he called for reinforcement from the Call of Duty Endowment to assist with his military transition. While his time on active duty came to a close, Hutch’s new career was just beginning thanks to the Endowment’s job placement services, which matched his passion for computers with a competitive career in cybersecurity.

Little did he know that while he was honing his craft in the private sector, his beloved Corps was establishing Marine Corps Forces Cyberspace Command (MARFORCYBER). This emerging unit’s missions would generate, preserve, deny, and project information securely on and off the battlefield. Once news of this new career field became public, it didn’t take long for Hutch to combine his proficiency of cyberspace operations with his pledge to protect the nation and his fellow Marines.

More About the Call of Duty Endowment 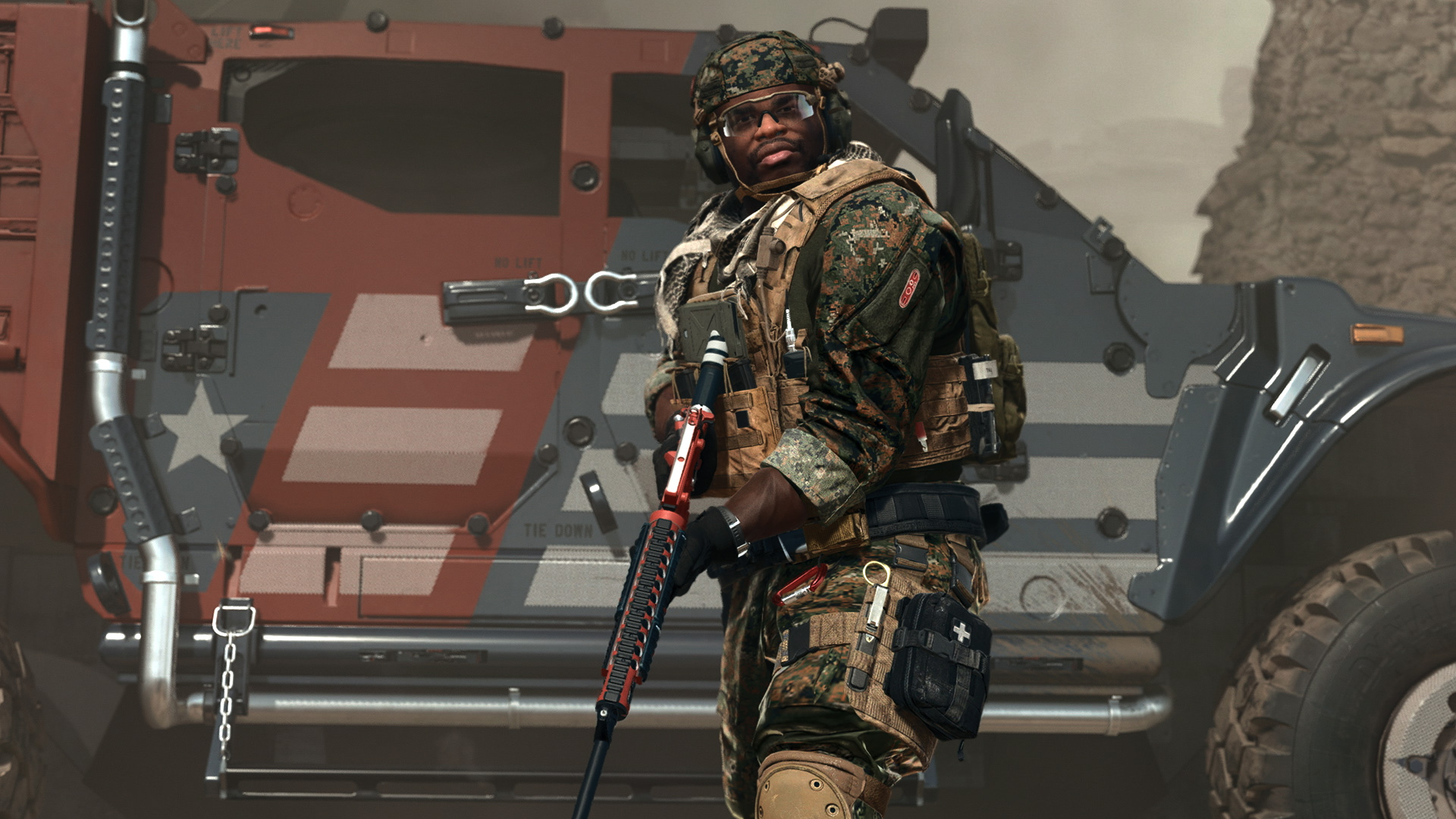 The Call of Duty Endowment is a nonprofit organization that seeks to help U.S. and U.K. veterans find high-quality careers by supporting groups that prepare them for the job market and by raising awareness of the value vets bring to the workplace. To date, the Endowment has funded the placement of more than 100,000 veterans into good jobs. For more information about the Call of Duty Endowment, please visit www.callofdutyendowment.org.

Modern Warfare II kicks off a new era for the franchise when it releases worldwide this Friday, October 28. Fight alongside Task Force 141 in the global Campaign, compete in the robust and innovative Multiplayer, and deploy in Special Ops missions with evolved co-op play.

Get the C.O.D.E. Protector Pack at launch in Modern Warfare II’s in-game Store. You can’t go wrong with Hutch on your side, and you’ll be serving U.S. and U.K. veterans for your contribution.

There is more to explore after the 55 Military Ranks at launch — from fully unlocking the arsenal and Operator roster to ranking up Special Ops Kits, and even starting the ultimate journey toward Weapon Mastery. These are the progression systems available in Modern Warfare® II on day one.

Call of Duty®: Modern Warfare® II Launch — Everything You Need to Know Before the New Era Begins with Campaign Early Access*

From Campaign Early Access to the start of Season 01, get ready for nonstop action in Modern Warfare® II.