Now that the Days of Summer event is upon us, it’s time to team up once again in the name of Free Stuff. Introducing: the latest Community Challenge!

Like entering the playoffs of an extremely high-stakes beach volleyball tournament (Stacy, if you keep serving me floaters, you will never volley in this town again), each Community Challenge requires putting your differences aside in exchange for teamwork and collaboration. But this time, we’re putting a spin on the whole Community Challenge thing and celebrating the differences that make us great: differences between Divisions, that is.

Each reward tier equates to 160 million kills. But, to make them count – and receive each tier’s sweet, sweet reward – you’ll have to use a specific Division to reach 160 million kills in every Tier. Read on to find out how to make every reward yours by Days of Summer’s end, 10am PT August 28. 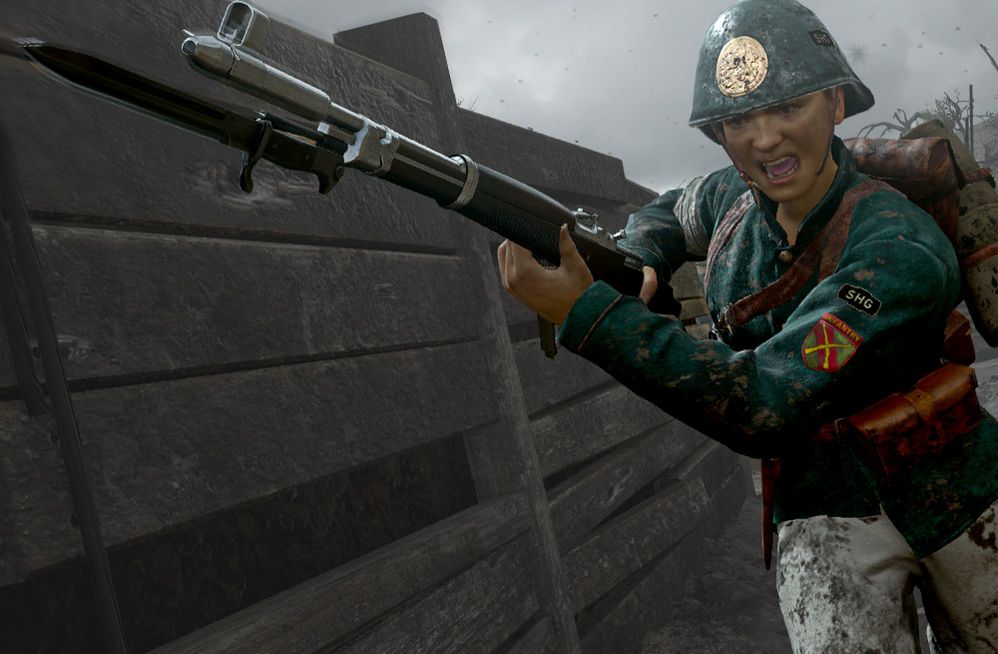 Alright, Riflemen – it’s your time to shine. Polish those bayonets, pack on your extra attachment, and get ready to send 160 million soldiers to the Great Big HQ in the Sky.

It won’t be easy, sure – 160 million is a lot of armymen (and ladies). And a lot of those armypeople will probably be running Infantry, just like you, trying to nail the reward tier. That’s good in a lot of ways, since you’re all teaming up to land Infantry kills. But it also means you might see a lot of the same enemy (Pointe du Hoc could become a real “bayonet fest” if ya know what we mean). So, experiment with ways to take down the Infantry – maybe tack on the ‘Undercover’ Basic Training for added stealth – and you’ll be meeting that 160-mil-mark in no time. (And to get there even faster, try Partying Up with friends in the same Division!)
Once you do, you’ll pick up the ‘Sandy Treads’ Calling Card. Tack this baby on and show ‘em you’re no castle made of sand – you just think they’re pretty! 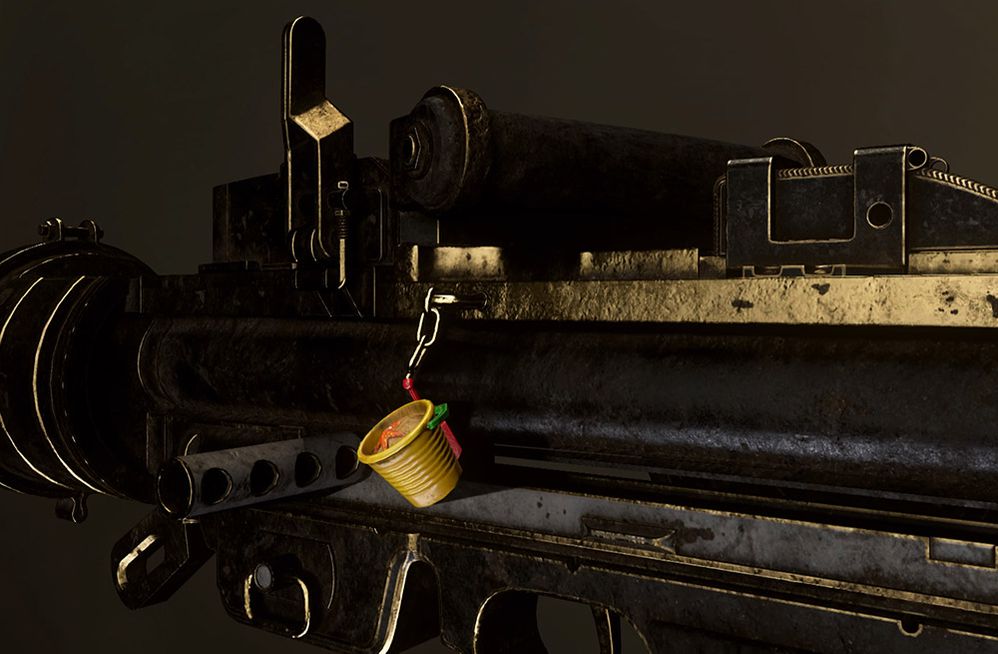 So, you’ve made it to 160 million – this is where things get hairy. As everyone will likely start using the Armored Division, it’s your job to down ‘em before they can puncture your armor first. This can be hard with a Division that doesn’t die easy, so – be smart. Use explosives!

When you’re all wrapped up with this tier, you’ll be rewarded with the ‘Dig In’ Weapon Charm. This Summery sand-bucket Weapon Charm is a perfect reward for Tier 2, ‘cause the frenzied next Tiers will be right around the corner – and you’ve only just started diggin’. 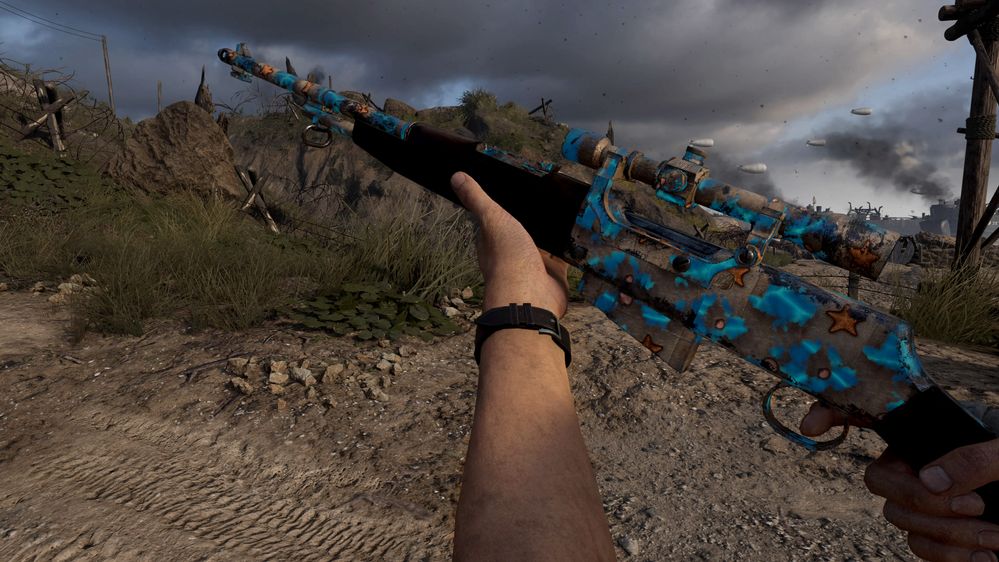 Mountaineers, your time has come! Lobby Up in your Mountain Division best, like the iconic ‘Soviet Winter’ Mountain Uniform, and knock out another 160 million hostiles from the safety of your corner camp (but we didn’t say that).

When all’s said and done, you’ll unlock the ‘Beach Side’ Sniper Rifle Weapon Camo. No one can be too mad you took ‘em out from across Anthropoid if you did it with a Kar98k covered in starfish. That’s like … the rules. 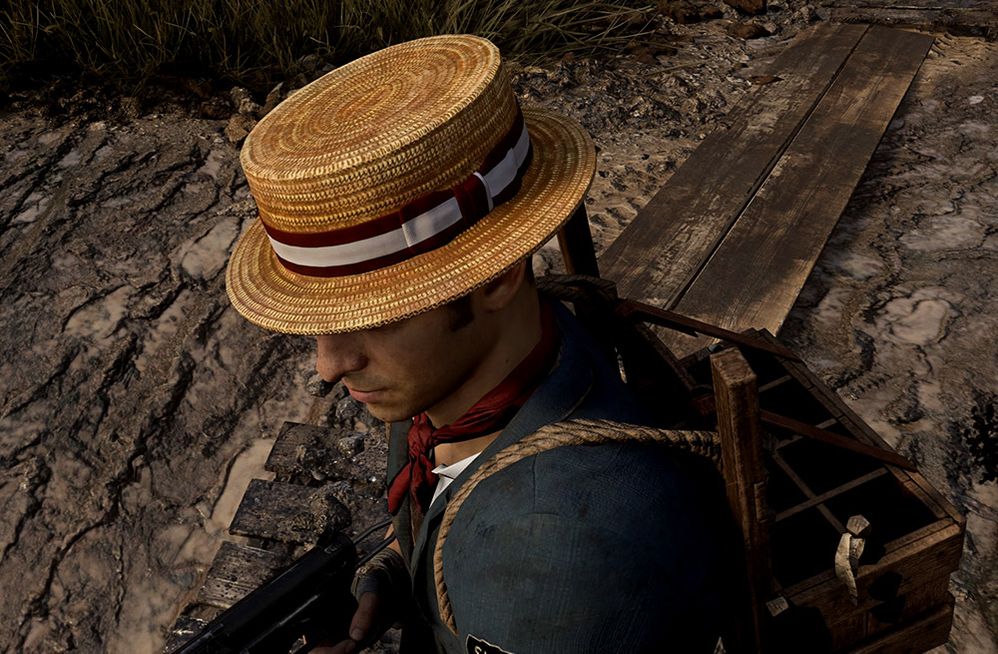 It’s a bird, it’s a plane, it’s death from above! No, we’re not talking about drum ‘n bass, we’re talking about the Airborne Division. Put on your fleet feet and get ready to sprint, dive and scramble for another 160 million kills.

Hustle hard and you’ll be claiming the Tier 4 reward: a ‘Boating Hat’ Helmet straight from papá’s personal haberdasher, which positively screams, “DOES ANYONE KNOW WHERE I PARKED THE YACHT?”

Flame-heads, get to work. Tier 5 is all about landing the epic final reward, so it’s up to the Expeditionary Division to bring the Community Challenge home. Pull out your pump-actions and start tossing grenades: you have another batch of 160 million kills to claim.

Once the Community Challenge is wrapped up, you’ll find out what this was really about all along: the ‘Cruiser II’ Sawed-Off Shotgun Weapon Variant. This nautical clipper rocks the body paint of a speedboat, with shark teeth dotting the double barrel for some added intimidation.

Bring any Days of Summer Community Challenge reward in your loadout, and these sunny goods will be sure to keep you warm no matter the season. Check the Community’s progress by visiting the “News” tab, choose the current Division and land those kills through 10am PT August 28.

The Days of Summer Community Challenge is live until the event ends 10am PT August 28. Dress up your Division now and jump in to snag every new reward, made special for summer.