Once you finish school, summer vacation is far from a guarantee. In fact, for a lot of us American working stiffs, it’s pretty rare (our friends in Europe and other parts of the world have vacation figured better than we do). Either way, you don’t want to go an entire summer without getting in some fun. So, whether you’re kicking back and enjoying the spoils of free time, warm weather and a lack of homework or simply going to work sweatier than usual, the Days of Summer Event is here to make your August spectacular.

Days of Summer is the perfect remedy for the dog days of August. It’s a month-long event stuffed with a Community Challenge, new Contracts & Orders, themed Supply Drops and, of course, still another massive gear haul from a Hawaiian shirt-wearing Captain Butcher. And, if that’s not enough, we’ve got a new map that’s free for everybody, a new mode and the return of a fan favorite. Here’s what you need to know about all the new (and returning) Days of Summer goodies. 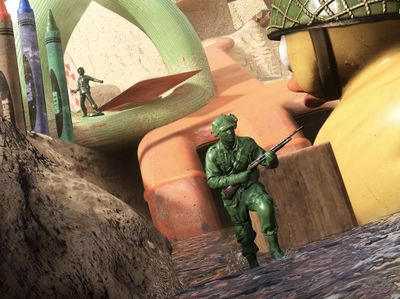 As children, many of us imagined ourselves as whatever dolls or figures we played around with. We’d imagine what this plastic, scaled-down avatar of our imaginations would do in the comparatively enormous world of the sandbox. Welp, down the hill from the Emblem Editor, past the Leaderboards, is the setting for a map that recaptures just that magic.

Opposing sandcastles, a shovel and pail, crayons, building logs and a water-hose litter this sandy battleground and it’s all under the watchful eye of a cross-legged Captain Butcher. Players inhabit army men figures as you battle in a wide range of modes – including Prop Hunt – among large-scale objects. The opposing sandcastles serve as anchors for each half of the map. Packed with stark variances in verticality and multiple pathways interconnecting all areas. Sandbox packs the most Call of Duty possible into the smallest space yet. 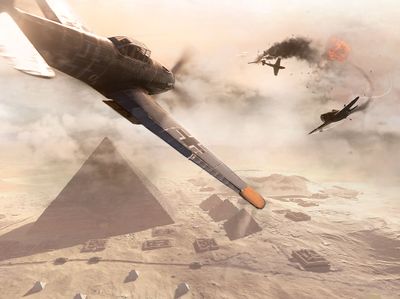 Looking for something a bit different? Stop looking and step into the cockpit of a WWII fighter plane in the newest game mode called, simply, Dogfighting. Taking the flying aspect from DLC Pack 2’s War Mode mission ‘Operation Husky’, Dogfighting pits two teams against one another in a Team Deathmatch for aerial dominance in two unique arenas. The two airspaces for this mode are the skies above the desert pyramids of Egypt and the frigid air above snowy mountains. As you down enemy fighters, you can unlock Flak Gun Scorestreaks to aid in shooting down opposing planes from the sky.

Back For The Summer: Leprechaun Hunt

Time to equip all of your most unreachable Scorestreaks because the unsettling little creature from Shamrock & Awe is back. Leprechaun Hunt, if you can remember as far back as March, puts you into a mosh pit of four common game modes: Team Deathmatch, Domination, Kill Confirmed & Hardpoint. Your experience will be familiar for most of the match until you hear the diabolic cackle of a small undead creature, and that’s when things get interesting.

That cackle means a little man – now outfitted with sunglasses, khaki shorts, a Shamrock’d Hawaiian shirt and a Candy Cane for some reason – magically appears and scampers around the map. It takes more than a few bullets to make him explode into a green puff of smoke. However, ignore him at your own peril because whoever finishes off the little guy immediately gets all of their Scorestreaks filled up. Paratroopers, Fire Bombing Runs and Ball Turret Gunners – previously only the realm of elite players and Requisitions users – suddenly appear multiple times a game. It adds a chaotic element to your Multiplayer experience. Frankly, we had a blast playing it and were sad to see it go. Thankfully, it’s back and live for the entirety of Days of Summer for all maps, including Sandbox. If you doubt the fun you’ll have or the creepiness of the Leprechaun, it won’t take more than a single match to assuage those doubts. Get in there and join the Scorestreak party.

Modes, Maps and heaps of gear await you for the rest of the Days of Summer. It’s a month-long party to close out the summer season with all sorts of new experiences. If your summer’s already been amazing, this is just the icing on the cake. If your summer’s been underwhelming, boot up Multiplayer and make your summer worthwhile. It’s all live through August 28that 10 AM PT. Don’t miss it.