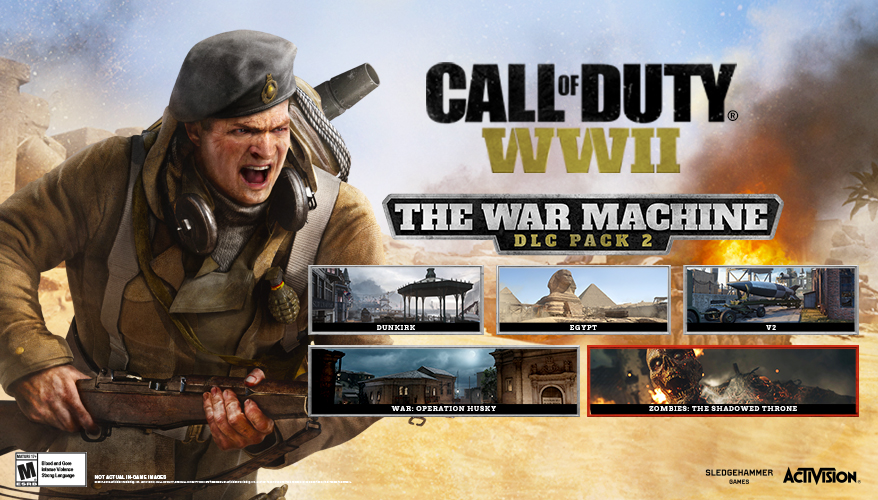 Extend your Call of Duty: WWII experience with three new maps that take you to new theaters of war, a new War Mode mission with aerial dogfighting, and the next thrilling chapter of Nazi Zombies.

With The War Machine, Sledgehammer Games has created a series of exciting new maps and experiences designed to take Call of Duty: WWII players to all-new theaters of war. Players will fight in an iconic World War II battle at Dunkirk, travel to a secret German V-2 rocket facility and push the battle across continents and into Egypt.

Players will also fight alongside their friends and foes in a new War Mode mission, co-developed with Raven Software, called Operation Husky, which includes a new gameplay mechanic - aerial dogfighting! And finally, there’s a brand-new, exciting chapter of Nazi Zombies that takes the Barbarossa storyline to an entirely new level.

The War Machine will launch first on PlayStation 4 on April 10, so clear your schedules, hunker down, and get ready for some action in the field! 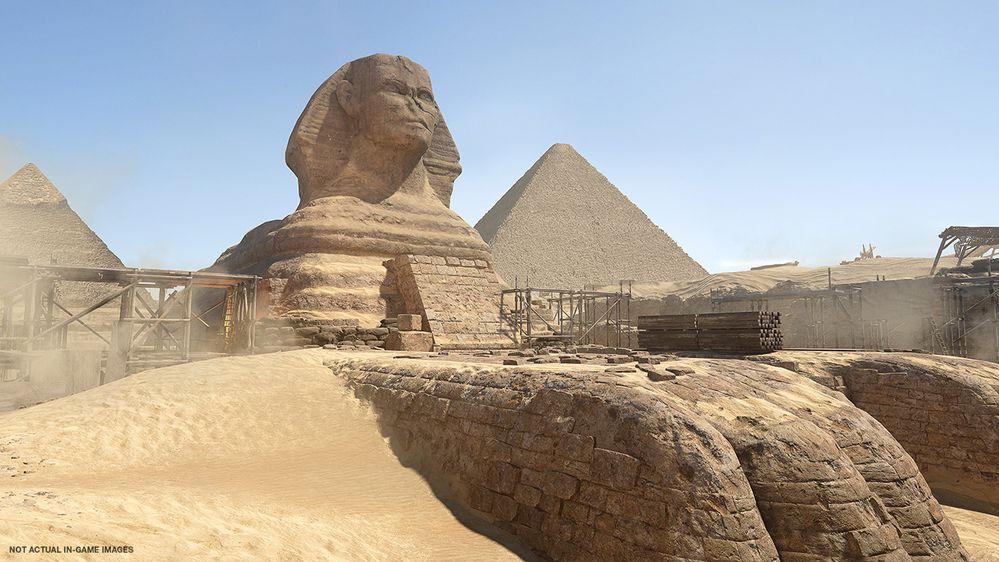 Egypt: For the first time in Call of Duty: WWII, we’re bringing players to the battlefields of Northern Africa and the Egyptia pyramids. Players fight in and around the ancient ruins at Giza with landmarks that you’re sure to recognize. The map features an interior temple in the center that heats up during intense Domination matches with more open exterior lanes to either side. There’s something for everyone, as all ranges and playstyles have a place to call home here. 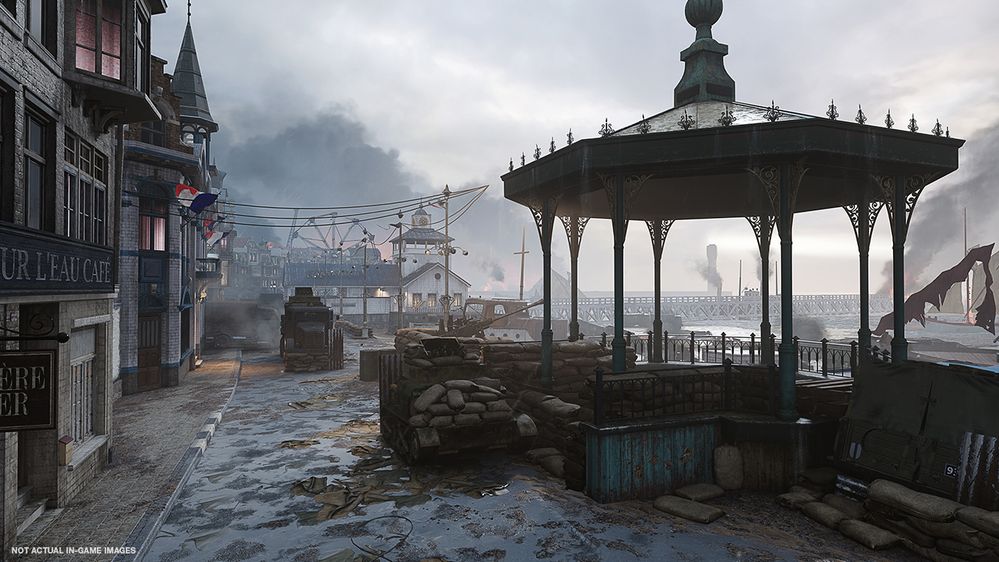 Dunkirk: Players face off on the sands and beachfront boardwalk of the French sea-side city of Dunkirk. This map features a lage, open and dangerous beach area flanked by tight interiors through the buildings lining the beach-front. Sniping can be effective here, though aggressive running and gunning can also pay off, so keep sharp and watch your angles and surroundings to win the day. 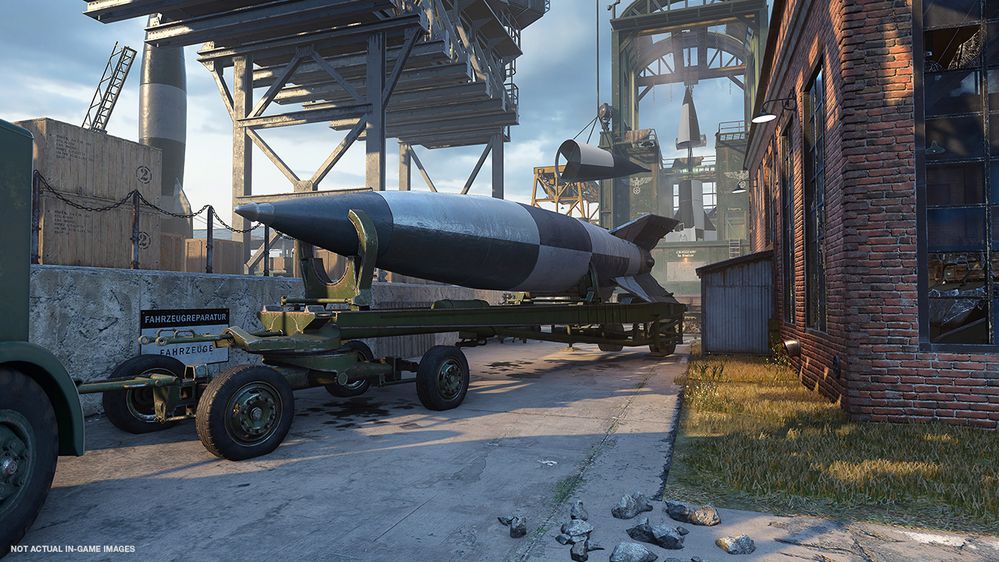 V2: Welcome to V2 – a rocket development and test site located in rural Germany. V2 is a tight, ultra-fast paced map that neve lets up for a moment. The launch tower sits at the map center, providing a focal point and an opportunity to grab an elevated sightline on unsuspecting opponents. Short-to mid-range engagements are dominant here, with fast and furious gameplay throughout – don’t blink! 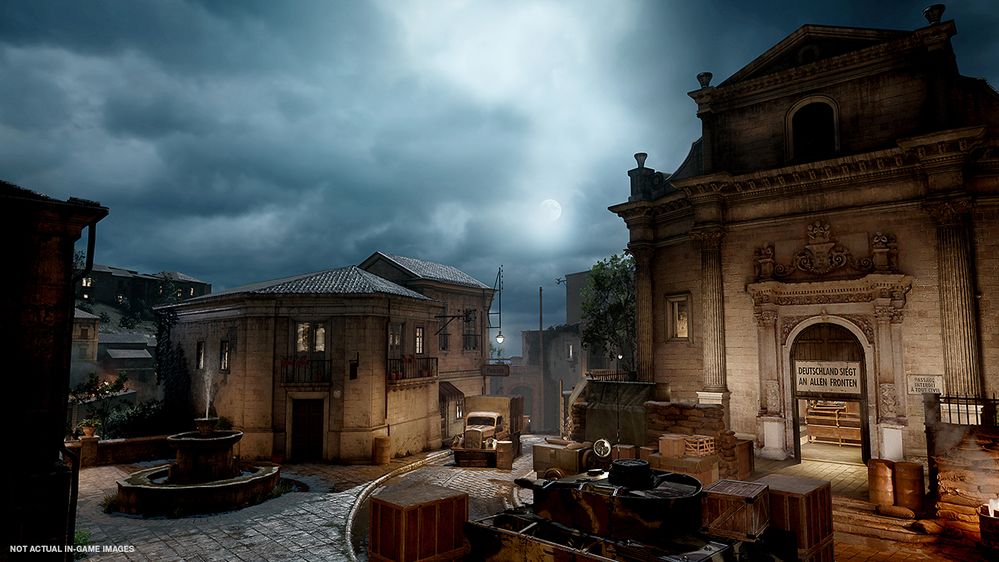 Operation Husky, whose namesake referred to the Allied invasion of Sicily, is centered on an Allied action to etrieve intelligence on the locations of sensitive German targets in the ports of Palermo and Naples. In this exciting new War mode offering, players will gather intel, transmit it to HQ, and then take to the skies to clear the area of enemy fighter planes in order to make way for Allied bombers. 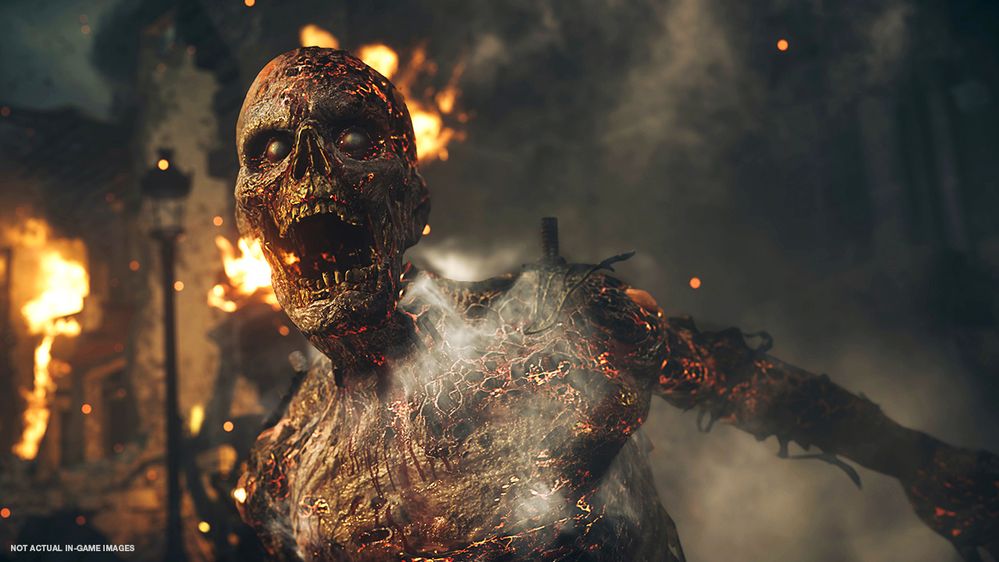 The Shadowed Throne brings our heroes into the heart of Nazi Germany to confront a desperate and evil regie. Berlin is burning, and Doktor Straub’s monstrous army is hellbent on purging his city of the Allied invaders. Join Marie, Drostan, Olivia, and Jefferson on their descent into madness in a city warped with terror, blood, and war, as Nazi Zombies steps out from the shadows of history.\

Get your gear ready and prepare to head for new horizons in Call of Duty: WWII - The War Machine starting on April 10 on PlayStation 4. Whether it’s on a new map, battling for control in Operation Husky, or fighting off the undead, we hope to see you in the field!

For more intel about Call of Duty: WWII, visit CallofDuty.com/WWII and follow @CallofDuty and @SHGames on Twitter.

The Axis Are Advancing, They Must Be Stopped