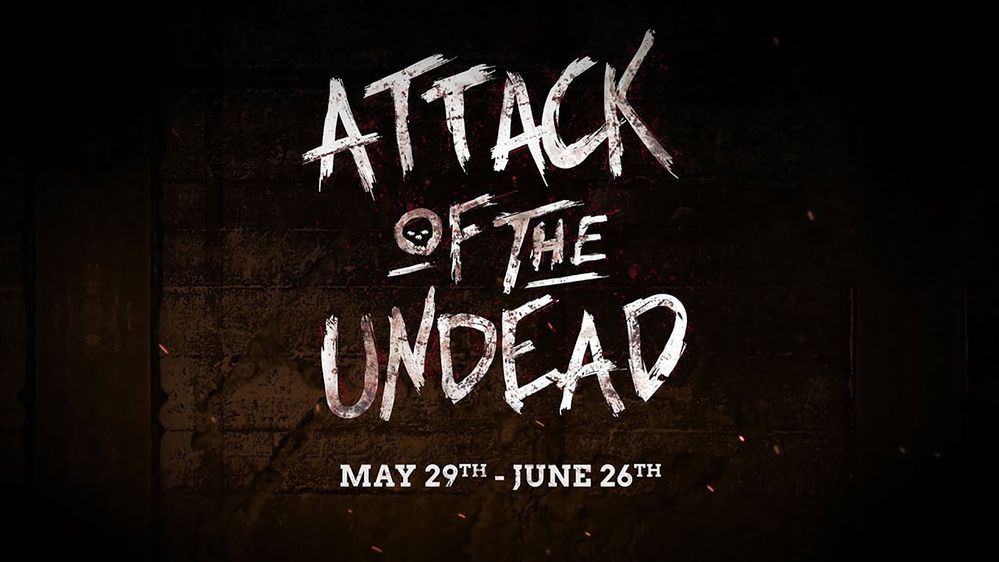 The undead are ready to get their revenge on the Call of Duty® community during Attack of the Undead, a Community Event that brings a slew of free permanent content and limited-time opportunities into Call of Duty: WWII Multiplayer.

The undead are already appearing in droves, so here are some quick tips on how to keep things lively before the event disappears on June 26: 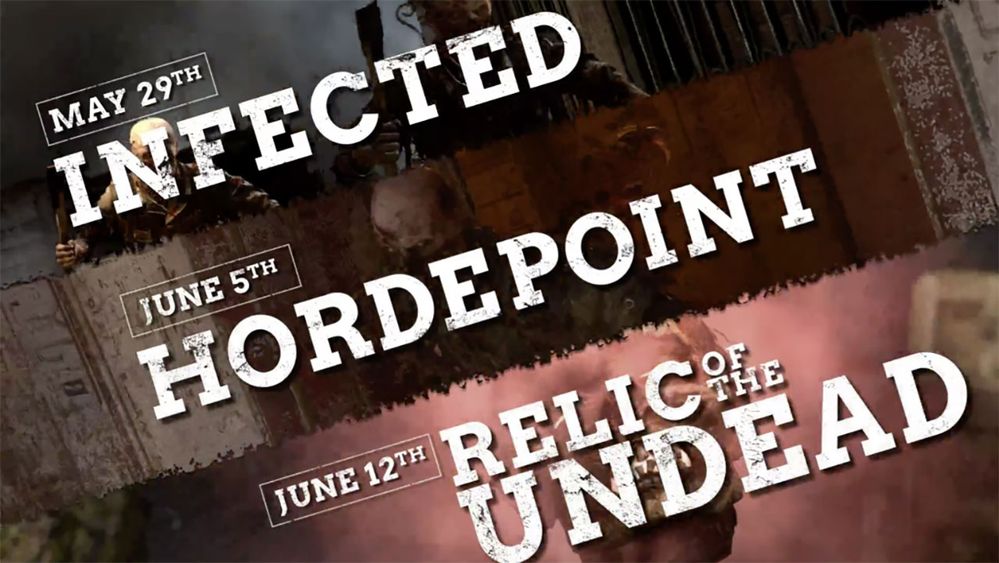 During Attack of the Undead, you will be able to play three zombie-themed game modes for a limited time.

Hordepoint and Relic of the Undead are undead twists on familiar game modes, while Infected is a fan-favorite PvP zombie experience that made its debut in Call of Duty®: Modern Warfare® 3.

In Infected, you will fight to be the last person standing among your former fellow survivors who have turned into undead creatures. Care Packages will occasionally drop to give you some formidable zombie-fighting tools, such as a Flamethrower and the V2 Rocket. However, don’t chase these goodies unless you know that there aren’t any zombies nearby, as they can sneak up on your quickly.

But if you happen to turn Infected, don’t fret! You can still win by turning the remaining survivors into the undead. Pressing the tactical grenade button (R1 on the PS4) while infected will drop a glowing green spawn point skull right where you stand. So, should you know where a pesky survivor is camping, drop the point near his or her location, rush into combat, and, if you don’t succeed, drop another one and try again. 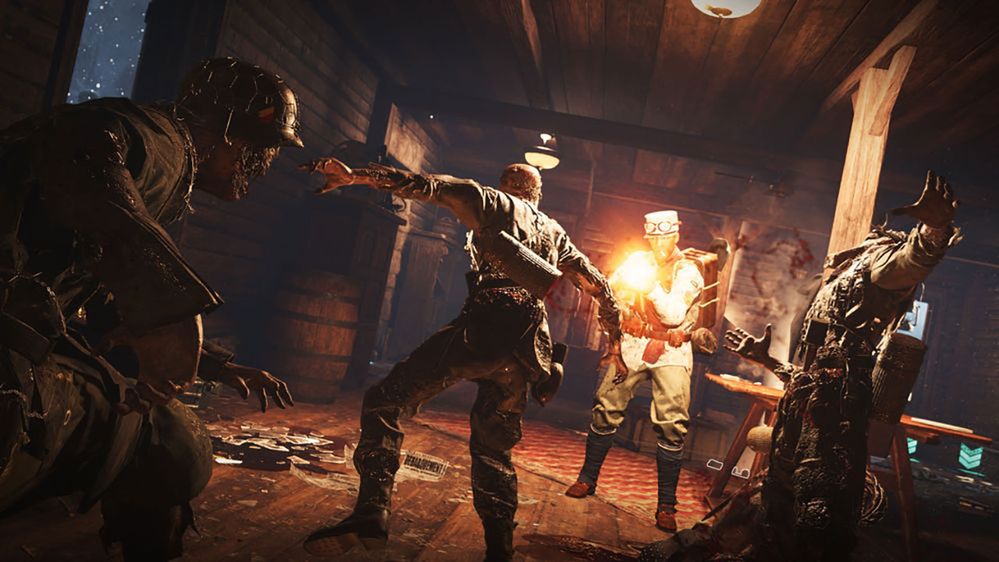 Make Yourself at Home in Groesten Haus

Straight out of Nazi Zombies, Groesten Haus comes to Multiplayer as a free map accessible to all players. Currently, it’s only live for Infected, but will be expanded to other modes during Attack of the Undead.

Controlling the map’s central cabin is crucial to winning games, as the second floor provides solid sightlines and only two points of entry.

Should you want to break into the cabin, there are several windows marked on your mini-map with parallel red lines. Bring out your inner zombie by climbing through a window, and you might be able to flush out the enemy with an unexpected flank.

During a game of Infected, you may want to hang out near one of the initial spawns or near the cave. These locations can bottleneck the undead, making it easier for you to survive long enough to win the game. 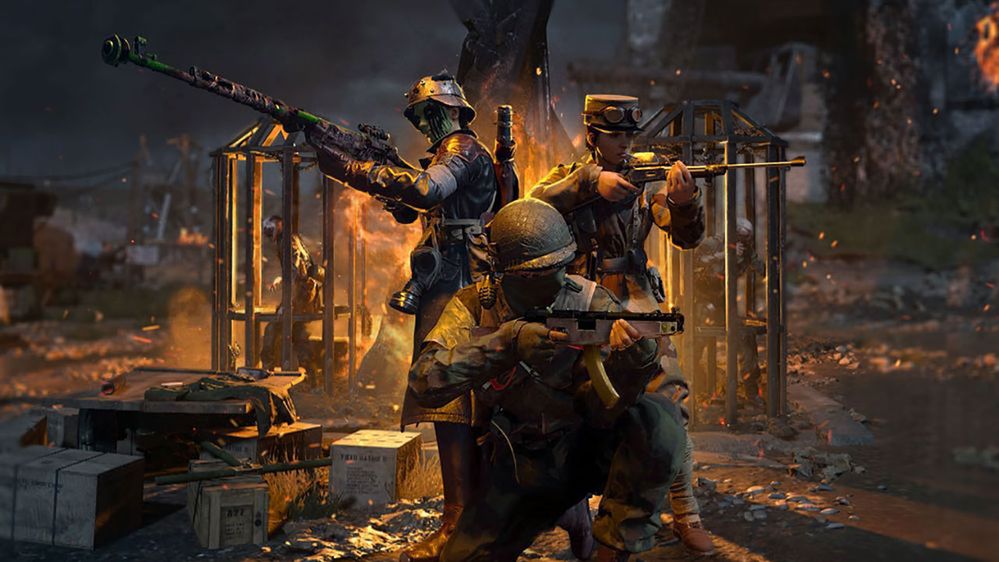 Try Out Seven New Unlockable Weapons (Plus One More)

Along with a new map and three new game modes, Attack of the Undead brings seven new weapons to the game’s fully-loaded arsenal. There is a lot of ground to cover here, so here’s a quick rundown of what you can now unlock to spice up your Divisions:

The Fire Axe and Claymore provide some variety in the melee category, bringing additional experience challenges to the table.

The Nambu Type 2 submachine gun is similar to the Type 100, while the Lever Action Sniper Rifle is comparable to the Lee Enfield. You can essentially plug these weapons into your current Type 100 and Lee Enfield loadouts and make adjustments as needed to account for their quirks.

In terms of more unique weapons, the Blunderbuss is a definite one-shot kill shotgun that only holds one bullet at a time. You may want to bring along the Hustle Basic Training should you use this weapon, as you won’t find an Extended Magazine to equip on this predecessor to the modern shotgun.

The PTRS-41 is another one-shot weapon that has the largest one-shot-kill profile out of all sniper rifles, but it comes at the cost of the slowest aim-down-sight speed in the weapon class. This is a weapon not suited for run-and-gun action, so set your shots up wisely and you’ll be sharpshooting in no time.

Rounding out Captain Butcher’s latest shipment is the Stinger light machine gun. It offers the highest damage output and largest starting magazine in its weapon class, in exchange for severe movement penalties and a snail-like fire rate. Both of those drawbacks can be remedied by using the weapon’s bipod, which increases the weapon’s fire rate and reload speed while also making its recoil more manageable.

On top of these seven new weapons, the Tesla Gun, as previously seen in Nazi Zombies, could also become available to all Call of Duty: WWII players during the Community Challenge. This weapon is shockingly good at mid-range, but if you want to use it, then you’ll have to help your fellow community members beat the undead out of Multiplayer.

Do Your Part for the Community Challenge

The Attack of the Undead Community Challenge tasks you and the rest of the community at racking up two billion zombie kills across Nazi Zombies and Multiplayer.

Every zombie kill you earn will be added to a total community kill count that is broken up into five tiers. Once that count completes a tier, every single challenge participant will receive a reward. These rewards range from the Tesla Gun at Tier 3, to a Weapon Charm that displays your custom Emblem at Tier 5.

Currently, the community is close to reaching the first tier, which, upon completion, gives every participant a new Calling Card to stamp on their profile. If you want to get in on the action and earn this reward, log on to Call of Duty: WWII now and hop into the Attack of the Undead Community Event in Multiplayer!

It goes without saying, but we hope you have a fiendishly good time with Attack of the Undead from now until June 26.

For more intel about Call of Duty: WWII, be sure to visit CallofDuty.com and follow @CallofDuty and @SHGames on Twitter