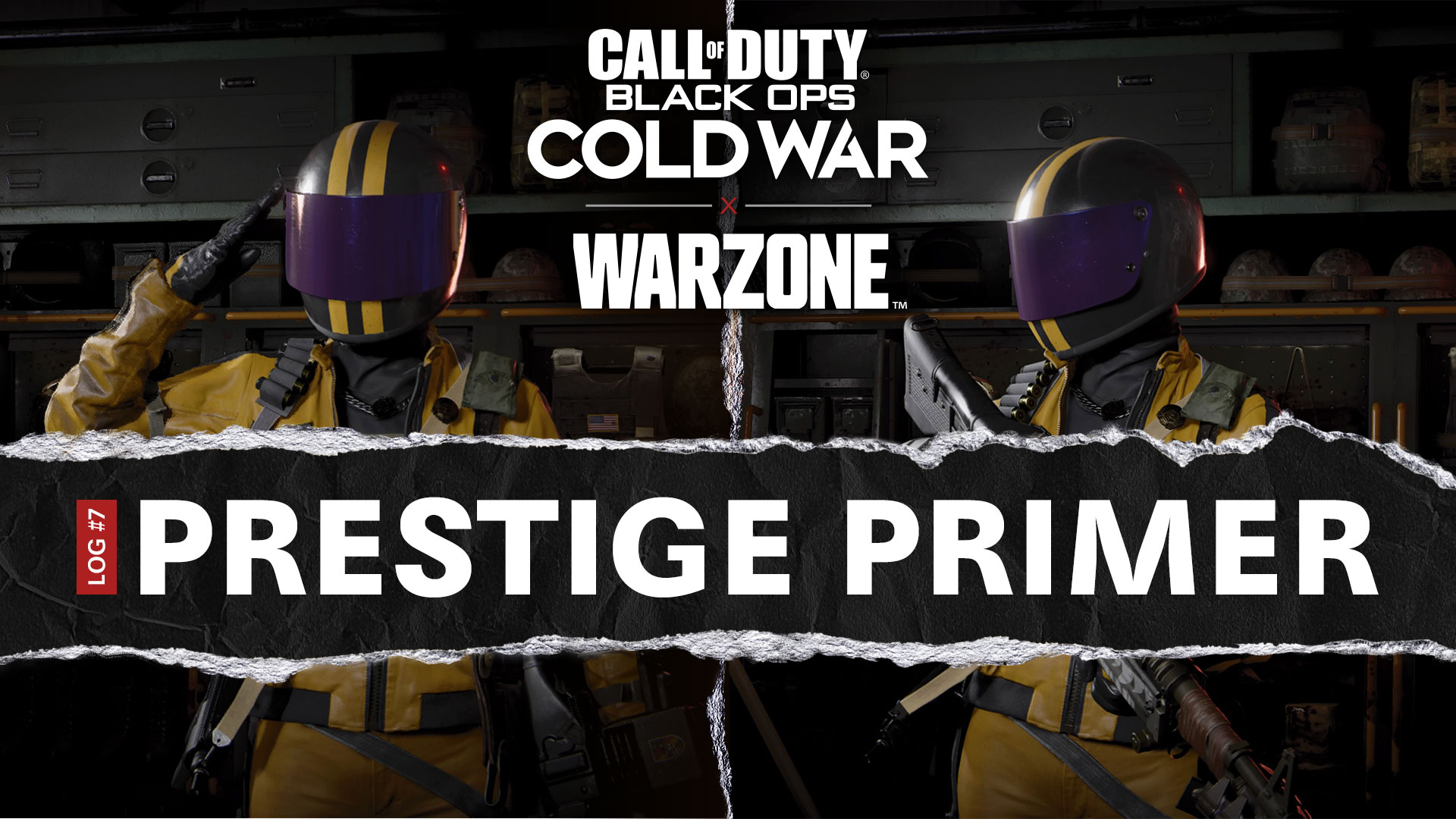 To celebrate this kind of unprecedented access and the boost in Weapon XP, this Prestige Primer is solely dedicated to getting players up to speed on maximizing their success in Zombies. Already know this mode well enough to recite the entire timeline by memory? Then be sure to hop on this weekend to help newcomers complete Easter Eggs for the first time and try out our Blueprint of the Week while trying to beat your personal highest round.

Those looking to dish out cold plates of revenge should look no further than this week’s featured Operator: Portnova in her new “Killer Bee” Legendary skin. 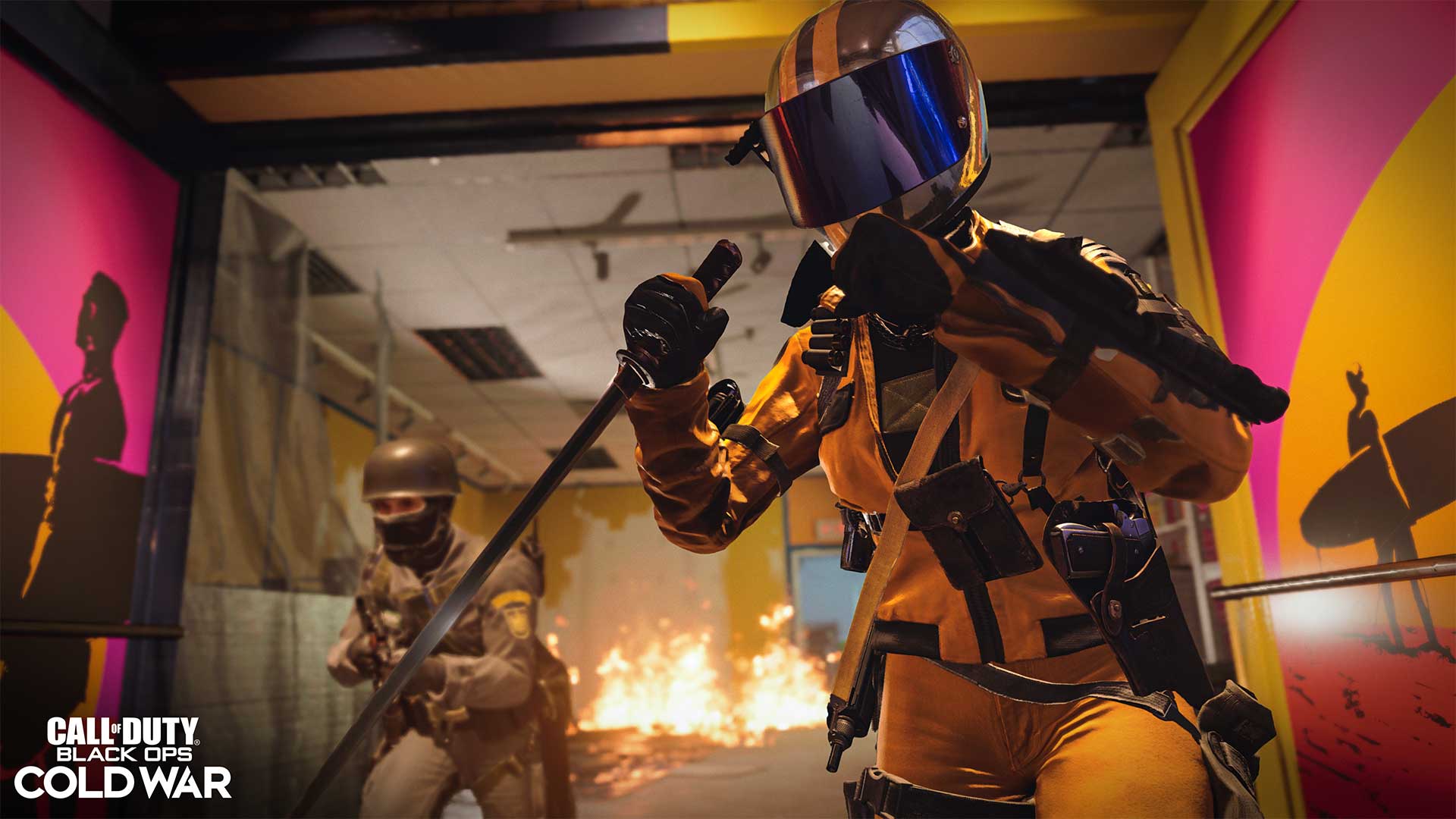 After being teased out since the beginning of the Season, you can don the yellow jumpsuit as part of the “Disavowed Assassin” Store Bundle, which also includes a Legendary melee Blueprint Weapon known as the “Organ Donor.” Be sure to make your strikes count with this new weapon—it swings slower than the knife, but has better reach, making it a great weapon for engaging with Zombies at a safer melee distance.

Speaking of new melee weapons, the Wakizashi sword is now unlockable via in-game challenge, so grab your combat knife and start hunting for those Finishing Moves if you haven’t already! 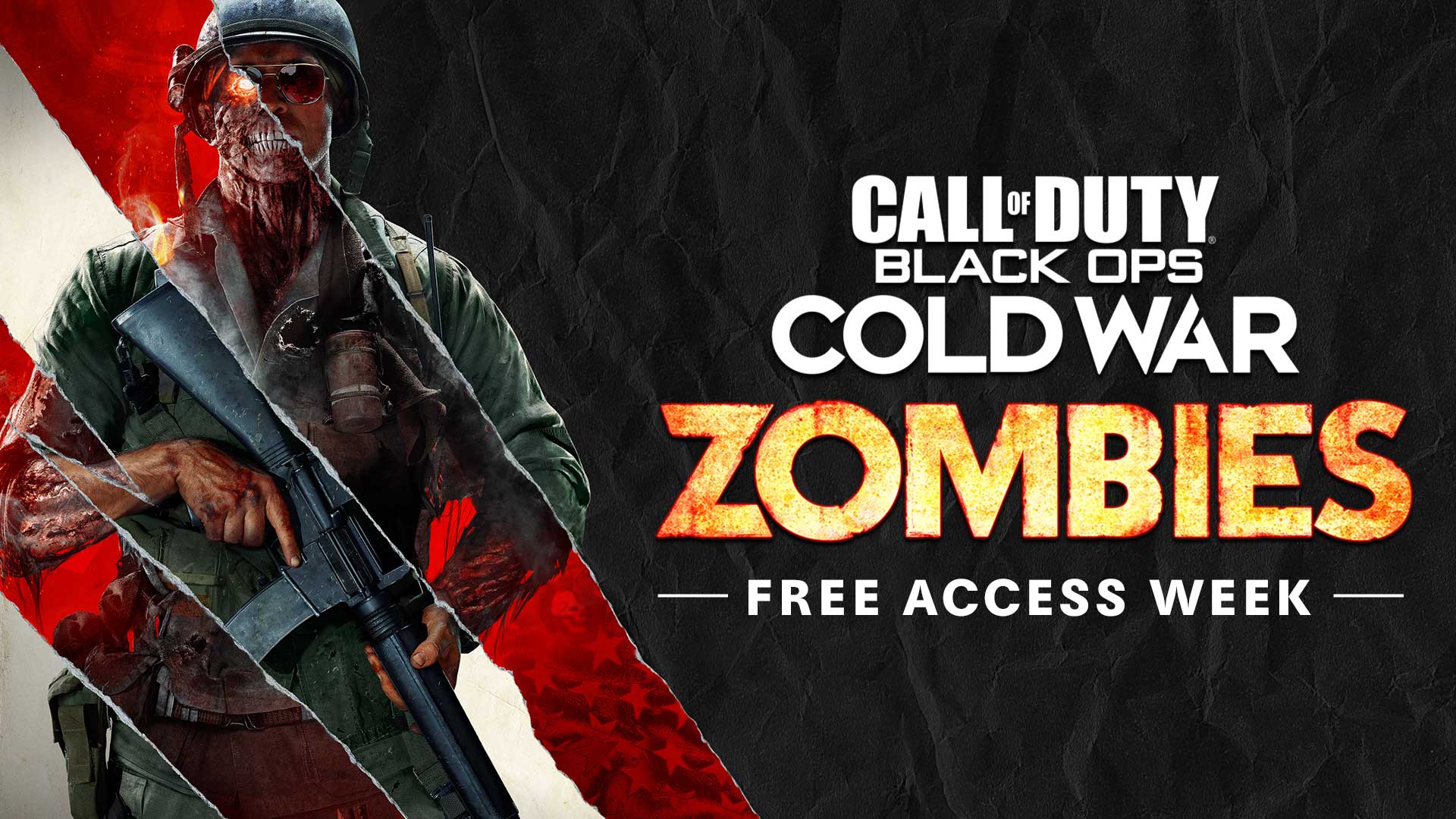 As mentioned before, Zombies in Black Ops Cold War has its Free Access Week running through January 21st alongside a Double Weapon XP boost.

Here are five quick tips for making the most of this weekend, from maximizing XP earning potential to lasting longer in “Die Maschine” through some tried-and-true strategies.

If you are entirely new to Zombies and coming over from Warzone, this week is your opportunity to try out as many new weapons as possible.

You can cycle through weapons quickly at the Mystery Box, which scales its weapon rarity pool based on the current round. The higher the round, the rarer the weapon and the more damage it can potentially dish out.

Especially with Double Weapon XP active, this is a fantastic way to unlock plenty of attachments across the board, allowing you to be fully loaded for any situation in Warzone or Multiplayer.

Unlocking Pack-a-Punch is something that you’ll be walked through in-game to survive longer on “Die Maschine” and get started on its Easter Egg quest.

However, one lesser-known way to get powerful weapons, power-ups, and even Dark Aether Intel is by completing Trials. Head to the back of the Control Room, which is the first area of the underground facility once unlocked, to find a computer that offers Trials in exchange for 500 points.

Completing the Trial, which can be anything from destroying zombies while in a specific location to rebuilding barricades within the time limit, will grant you a reward back at the Control Room on one of four podiums. Keep completing these Trials without collecting your rewards to upgrade the reward tier from Common all the way up to Legendary, where there is a high chance of a powerful Wonder Weapon reward or a Pack-a-Punched weapon.

Given the low cost of these Trials (500 each compared to 5,000 for a Tier 1 Pack-a-Punch Weapon), this method can provide a great return on investment for your points, as whatever you save from doing Trials can be put toward a Perk or a few hits of the Mystery Box. 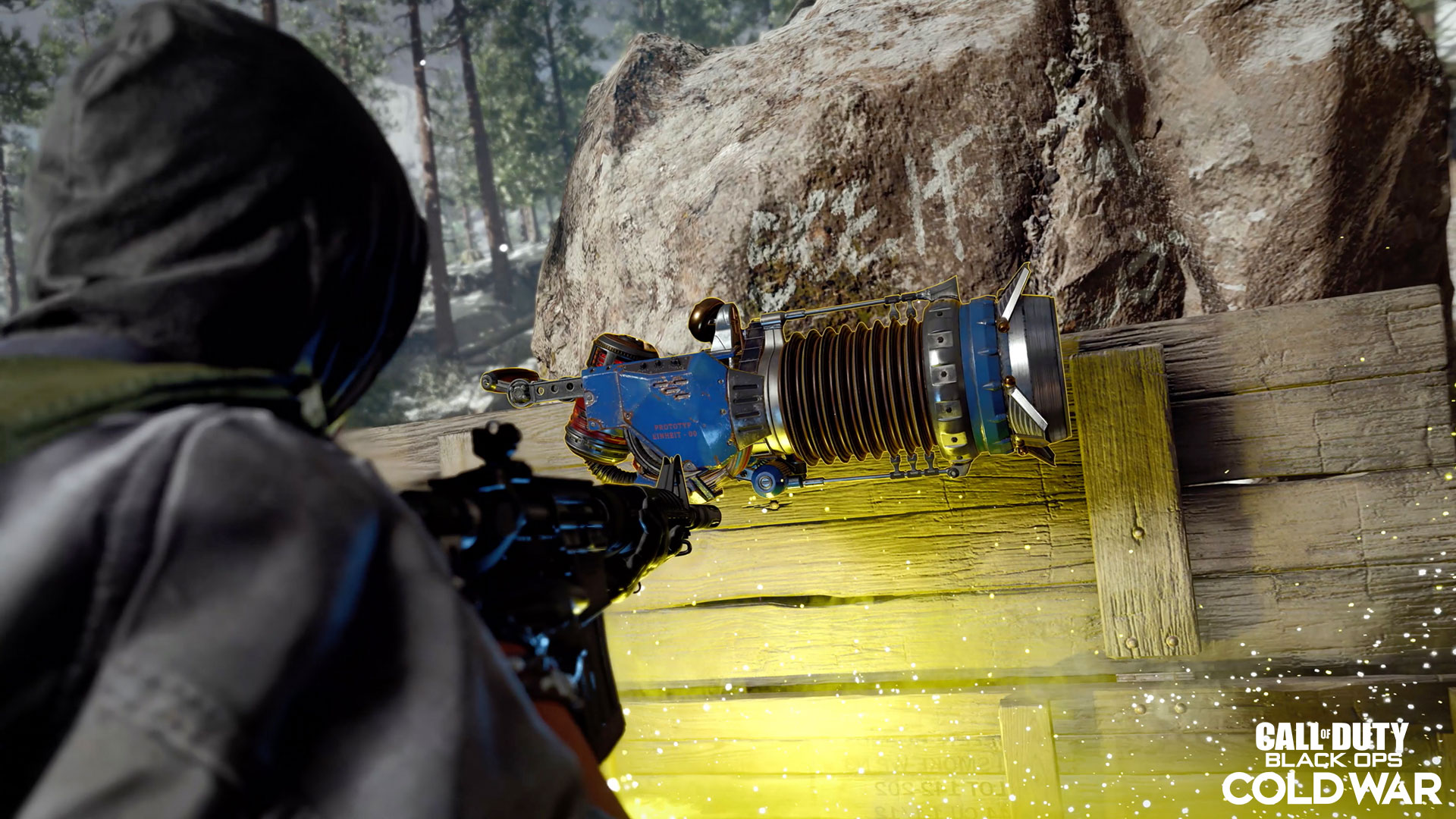 3. Check (and Complete) Those Season Challenges

On the road to Prestige Master? You may already know about the 20 Multiplayer challenges that can be done to unlock XP rewards and additional Calling Cards, but did you know there‘s another set of 20 challenges specific to Zombies?

Like the Multiplayer challenges, these are unlocked at every 10 levels after passing the Military Ranks and into the Season Levels up to Level 200. You can view them by visiting the Progression section of the Barracks and selecting the “Season 1” option.

Given that each of these challenges rewards at least 2,500 XP each, including those with multiple tiers of objectives, it’s not a bad idea to start completing them during the Free Access Week. You can always finish up whatever you missed throughout the rest of Season One if you choose to pick up the full game afterward. 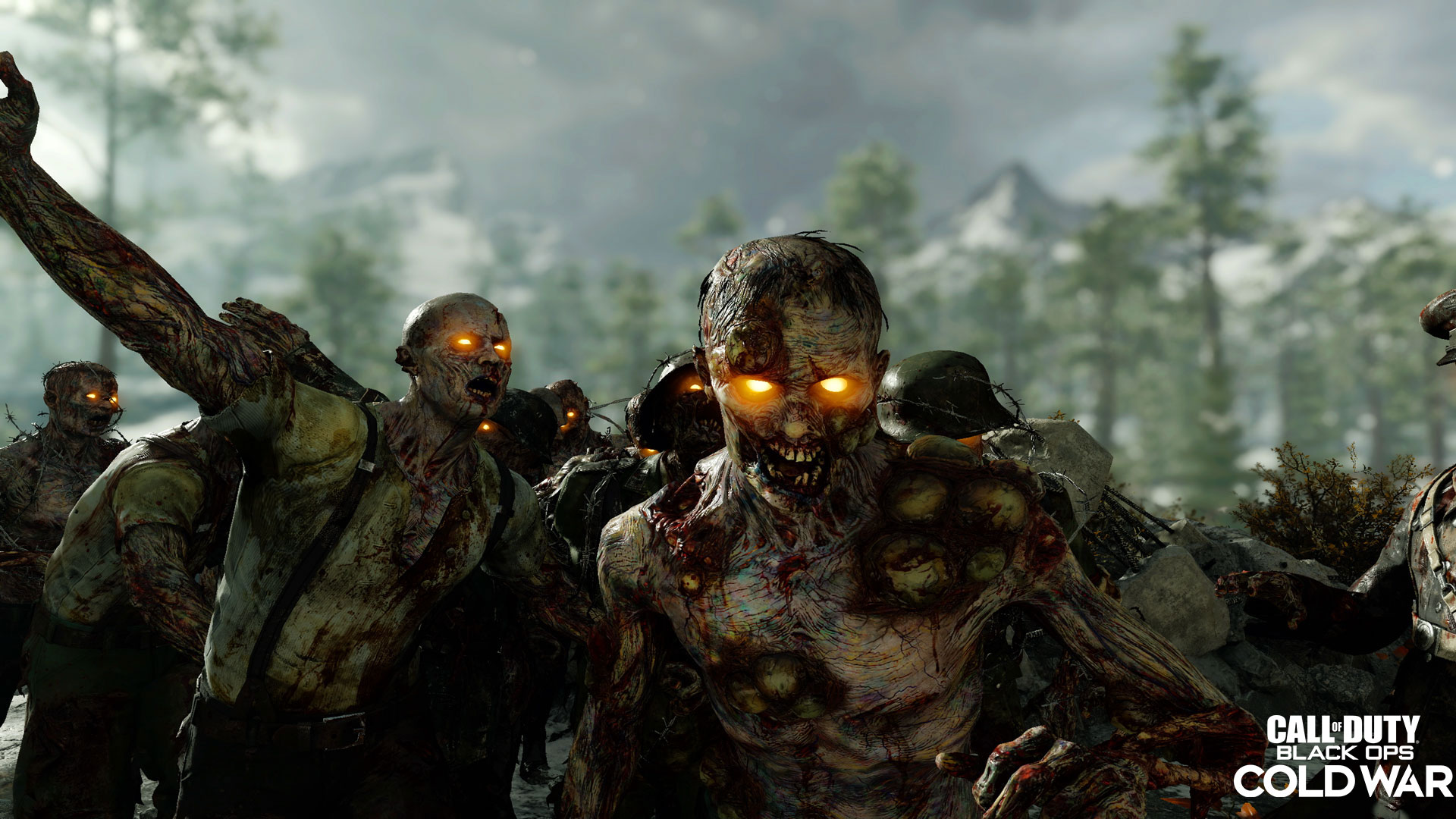 For the newest Zombies mode, Cranked, you’ll need to slay a zombie within a preset amount of time per round in order to stay alive.

This time constraint is more lenient in earlier rounds, allowing you to unlock doors, stock up on weapons, equipment, and Support weapons, or start upgrading your weapons at the Pack-a-Punch machine.

So long as you keep one eye on that timer, the single-digit rounds of Cranked should be spent preparing for the mad rush to come. 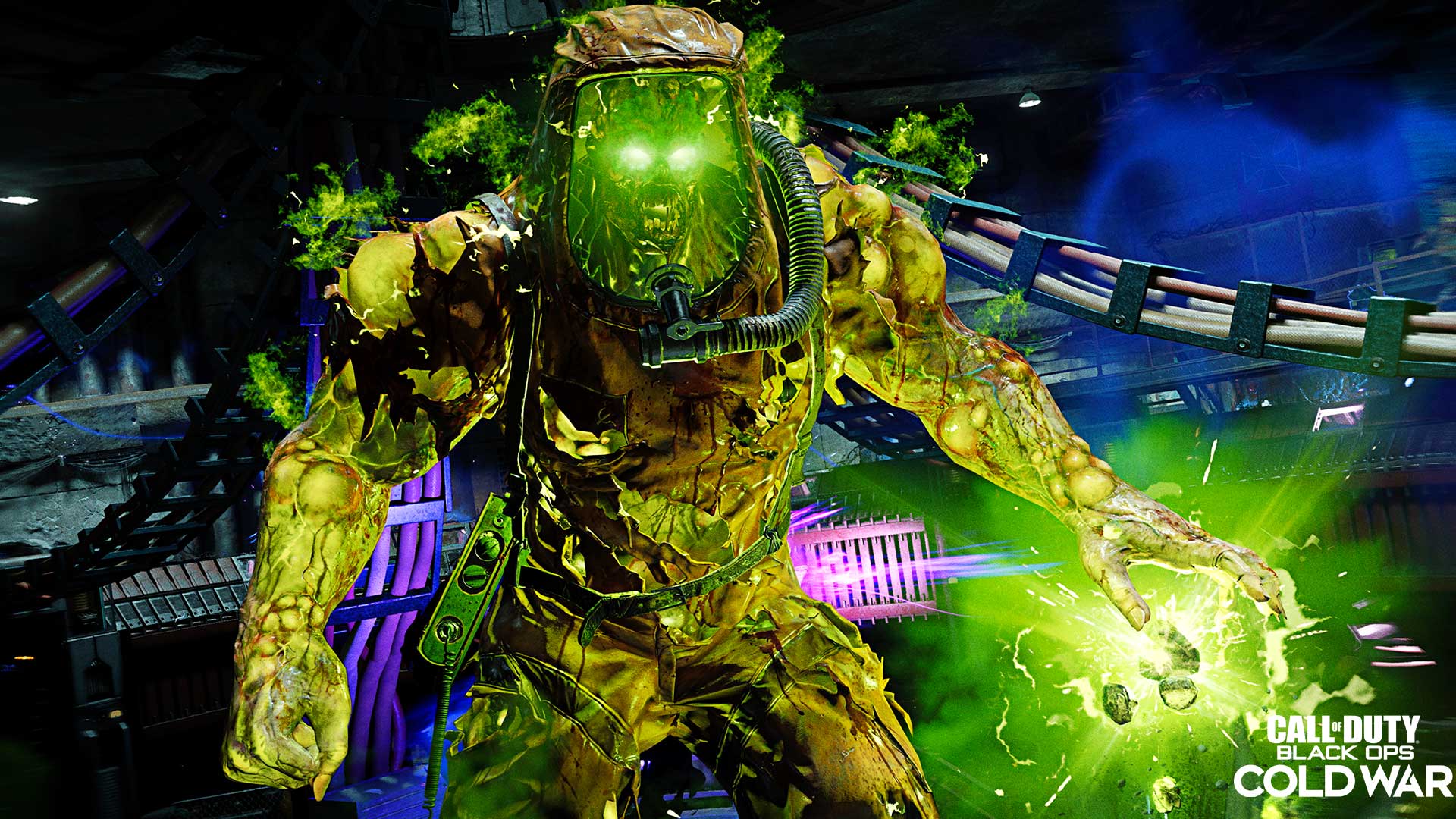 5. Bringing a Knife (Or Sledgehammer… Or Sword) to a Zombie Fight

Since the beginning of Zombies, melee tools have been hugely useful in fighting the undead, as they allow you to conserve ammo for other weapons while still being able to destroy the undead quickly. If you can time melee swipes well, you can easily take out zombies without getting hit back.

After earning a few Aetherium Crystals, either by exfiltration or by surviving into higher rounds, you might consider investing them immediately into Melee upgrades. The final upgrade in this category replaces your gun butt melee attack with a Bowie Knife, allowing you to down zombies in one hit into double-digit rounds and save that precious ammo for your primary weapon.

Those who have enough confidence in their knifing abilities can also choose to make their primary weapon a melee tool, such as the new Wakizashi. By upgrading melee tools with Aetherium Crystals, you’ll unlock a 10% damage boost to these weapons. And if that wasn’t enough, you can also Pack-a-Punch them in-game like any other weapon to build a one-hit knockout machine through dozens of rounds.

However, for those who swear by ranged starting weapon in Zombies, our Gunsmith Blueprint of the Week is one that can be an absolute monster in “Die Maschine,” especially after it is upgraded with Salvage and through the Pack-a-Punch.

Alongside the “Disavowed Assassin” Bundle, this week saw the debut of the “Warthog Warrior” Bundle that featured a new Legendary Weapon Blueprint for a powerful light machine gun. 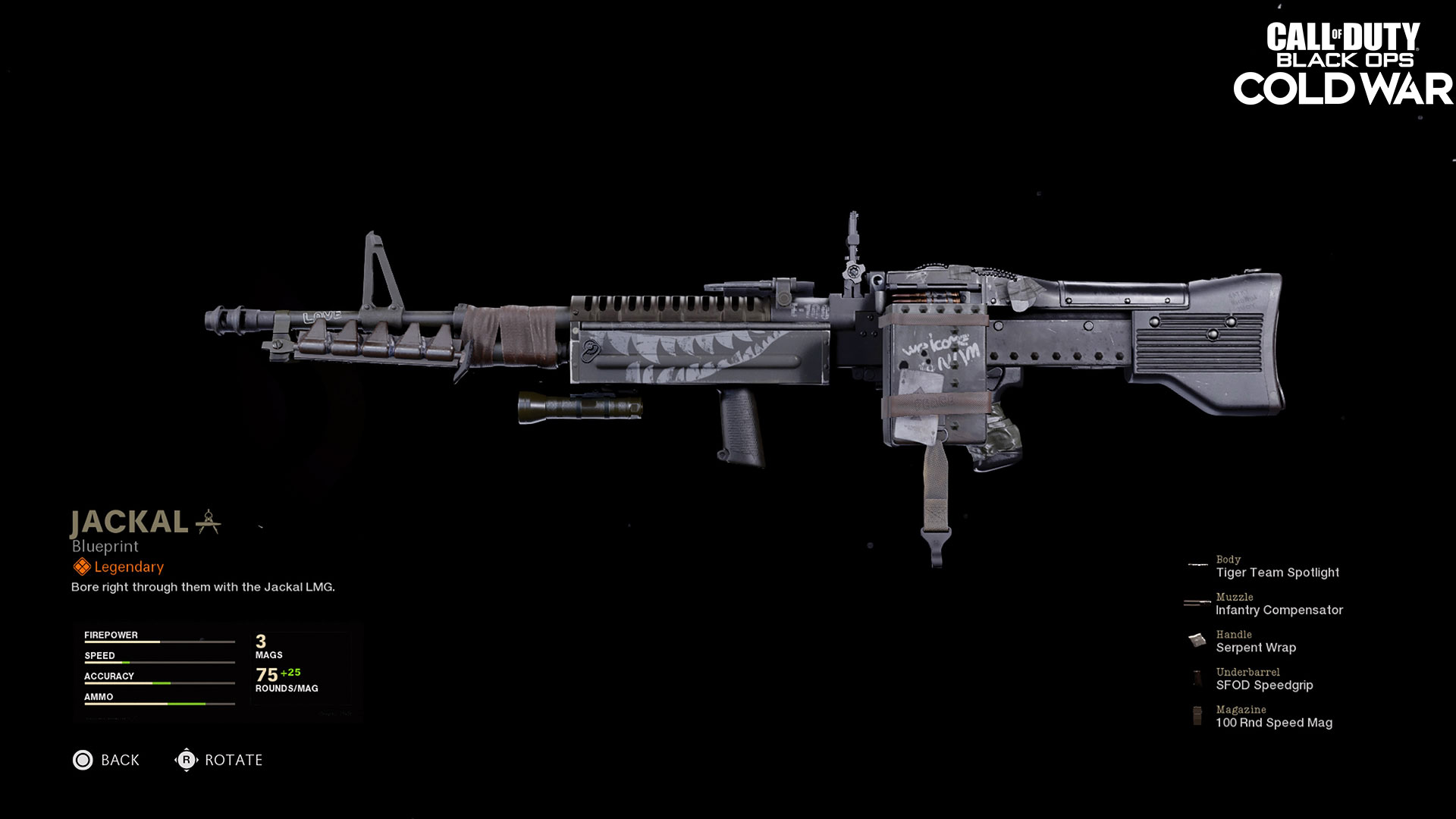 The “Jackal” comes complete with five attachments that make it a devastating and rather balanced weapon against the undead. One notable attachment in this bunch is the Tiger Team Spotlight, a Body attachment that boosts Salvage drop rate, which is important for upgrading this weapon’s rarity at the Arsenal. Another is the 100 RND Speed Mag, which will boost the weapon’s already staggering ammo capacity significantly and its slow reload speeds slightly at the cost of a few dozen milliseconds of Aim Down Sight (ADS) speed.

This doesn’t matter much, however, thanks to the included Serpent Wrap’s 25% buff to this stat, which makes it more than viable to upgrade the magazine attachment to a Salvo 125 RND Fast Mag for maximum ammo capacity should you have it unlocked. As for recoil, the Infantry Compensator and SFOD Speedgrip offer a balanced mix of Vertical and Horizontal Recoil control, with the latter attachment giving an additional 15% boost to Sprinting Move Speed in exchange for slowing down general Movement, Shooting Move, and Aim Walking Movement Speeds. So long as you sprint often, especially after popping the top off a Stamin-Up Perk, this trade-off isn’t much of an issue.

After unlocking the ability to put three additional attachment slots on a starting weapon, try giving the “Jackal” a Raider Stock to counter the Tiger Team Spotlight and SFOD Speedgrip’s Sprint to Fire and Aim Walking Movement Speed penalties while only sacrificing Hip Fire Accuracy, something that isn’t as important to an LMG. The other two attachment slots can be used on the Optic of your choosing and the 18.9” Cavalry Lancer Barrel, which will help deal with Heavy Zombies that appear with armor in later rounds.

With this LMG, you should have no problem slicing through the early rounds, racking up the Salvage needed to upgrade its rarity before throwing it into the Pack-a-Punch machine to make it a powerful late-round weapon.