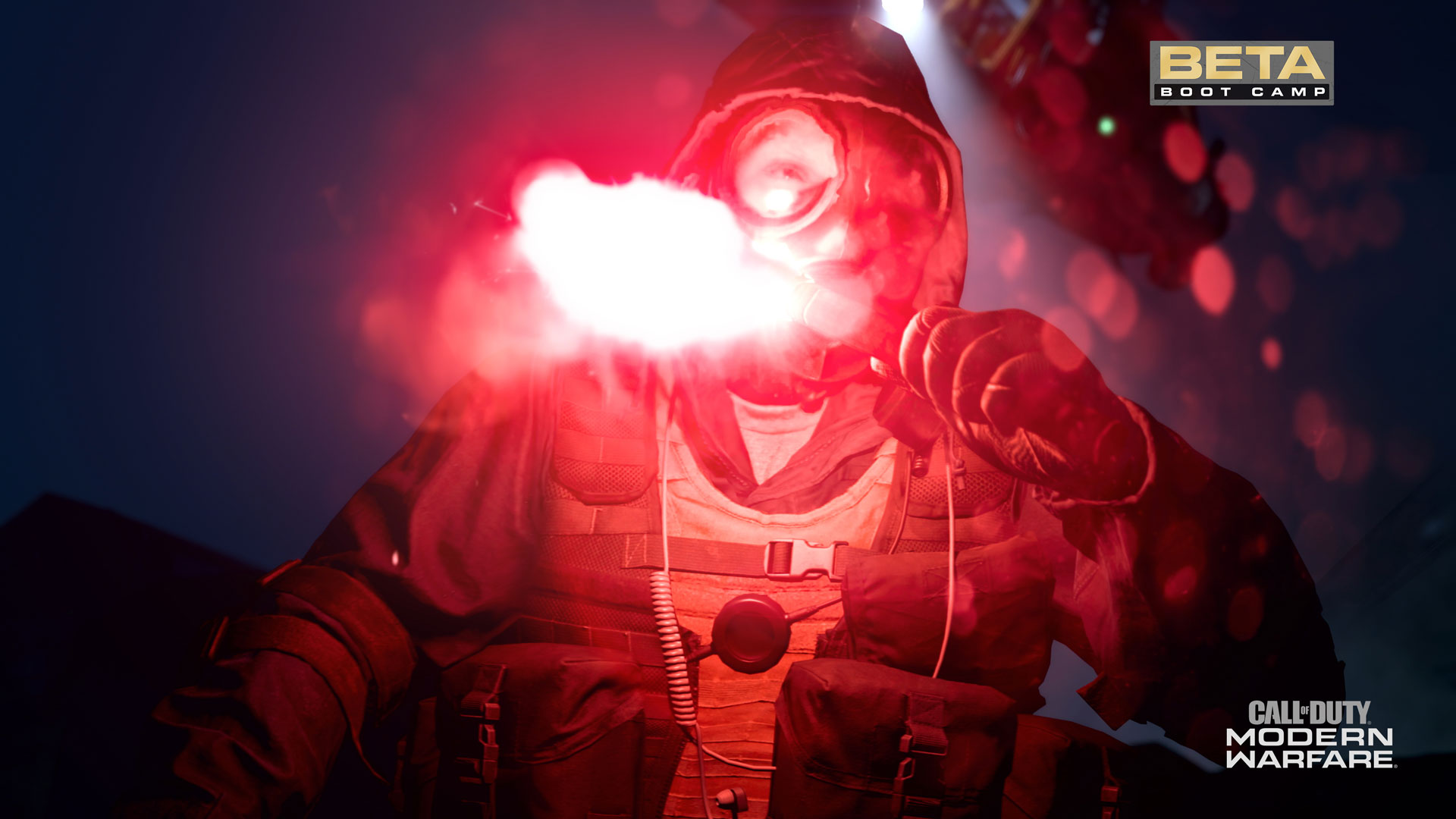 No Call of Duty® Modern Warfare® Operator is complete without a Field Upgrade. We check out the announced Field Upgrades, and how they can be employed to assist you in a Multiplayer Match.

No Call of Duty® Modern Warfare® Operator is complete without a Field Upgrade. We check out the announced Field Upgrades, and how they can be employed to assist you in a Multiplayer Match.

Field Upgrades are an additional in-game equipment asset of your choosing that grants particular advantages when utilized correctly, and after a specific recharge time once a Multiplayer game begins. The time-to-use iconography is currently a teal-colored bar that fills up next to an icon of the Field Upgrade in question; located on your HUD just above your weapon information. Tactical use of Field Upgrades can turn the tide of battle for you or your team, and each one is tailored to a specific style of play.

The following Field Upgrades will be available during the Multiplayer Beta: 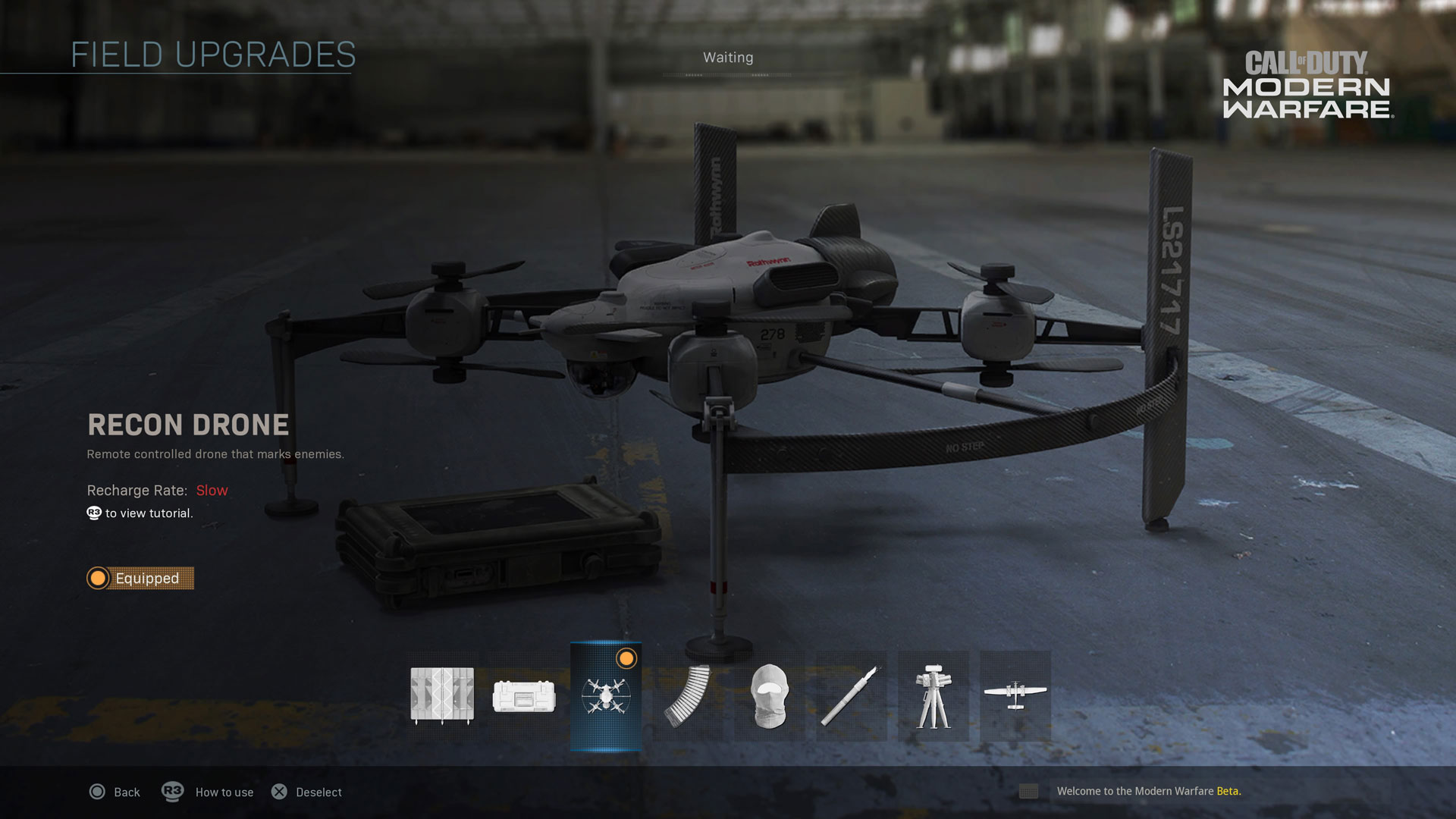 Release a remote-controlled drone, ideally from a safe position behind cover, and pilot this around the map. The drone is fully-maneuverable with precise yaw and pitch control, but with a limited Health and Fuel supply, meaning it can’t be used indefinitely, or if you’re attacked during the time it is airborne. The Drone is small, allowing access through most openings (including doors). Enemies, equipment, and vehicles are shown on the drone’s camera display (foes appear as white circles, for example), after which you can mark them. This grants you a small amount of points, and enables you to track adversaries, equipment, and vehicles, even through walls. 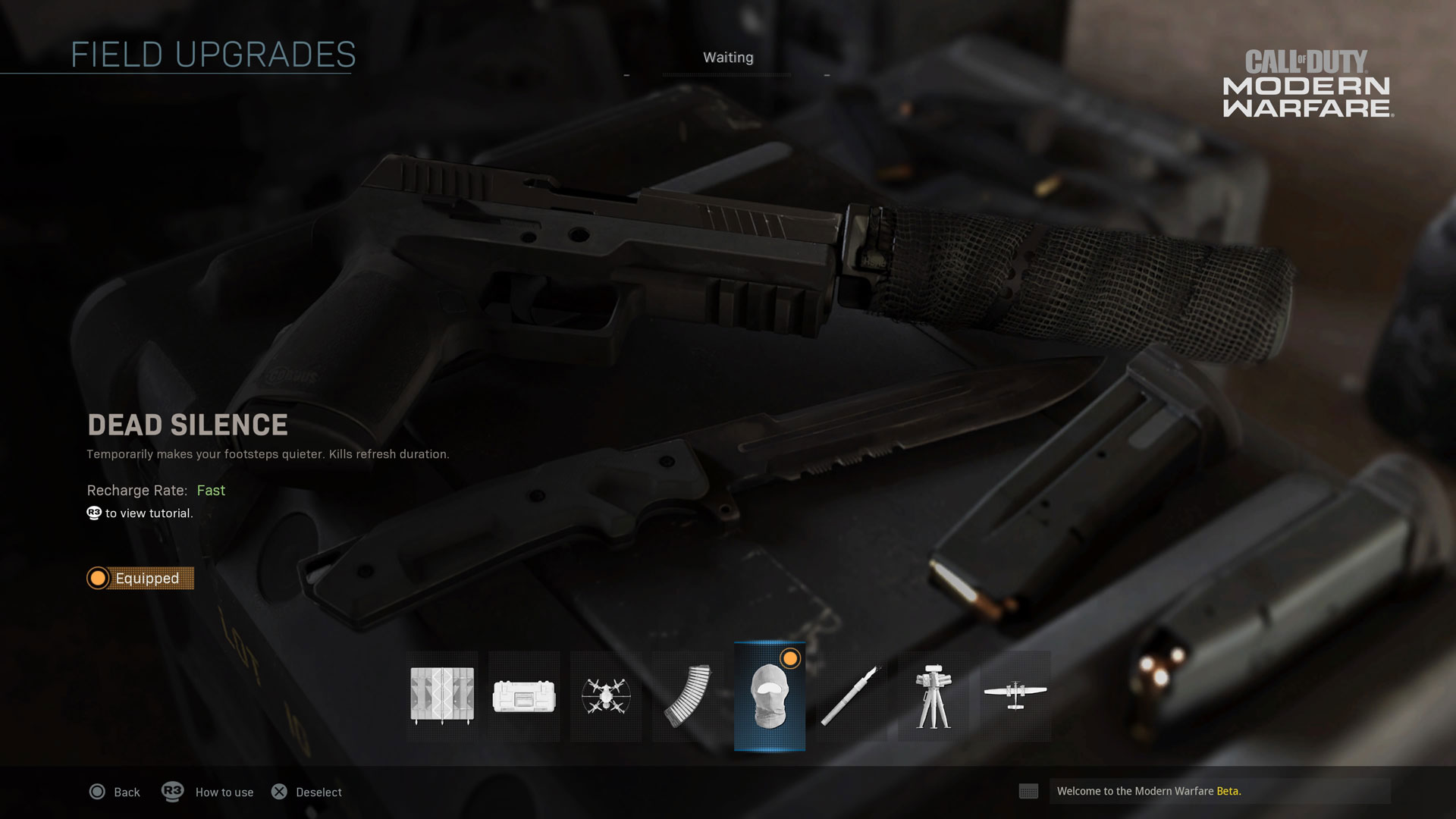 For those that feel adding an additional element of stealth to their maneuvering, Dead Silence temporarily makes your footsteps quieter, allowing you a greater freedom to move closer to enemy installations, locations, or activities with less of a fear of discovery. Of course, you need to remember your weapons still make a sound! If you’re attempting Executions (a takedown from behind, which each Operator has a unique technique you can employ), or want to combine this with relevant Perks, you can change your Operator’s method of foe disposal quite substantially. 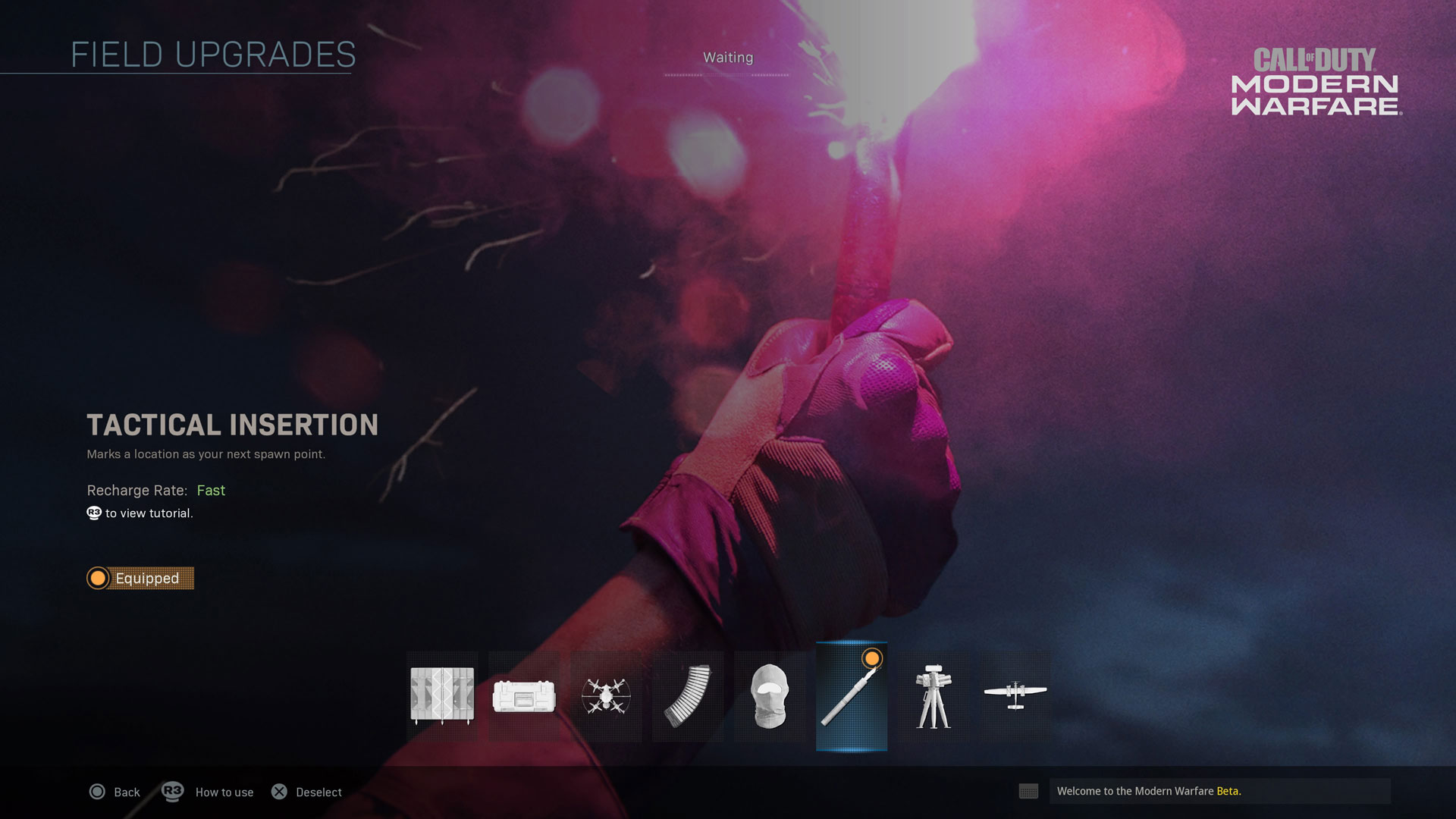 Should you wish to spawn at a particular location on a map, perhaps close to a particularly advantageous position, or an objective that must be defended, you can light a red flare, and drop it on the ground. This marks the location as your next spawn point. Then, the next time you succumb to enemy fire, you automatically return to the flare’s location, to continue the battle; hopefully with a tactical advantage! These Insertion flares can also be seen and neutralized by others, so strategic use of them is of paramount importance. 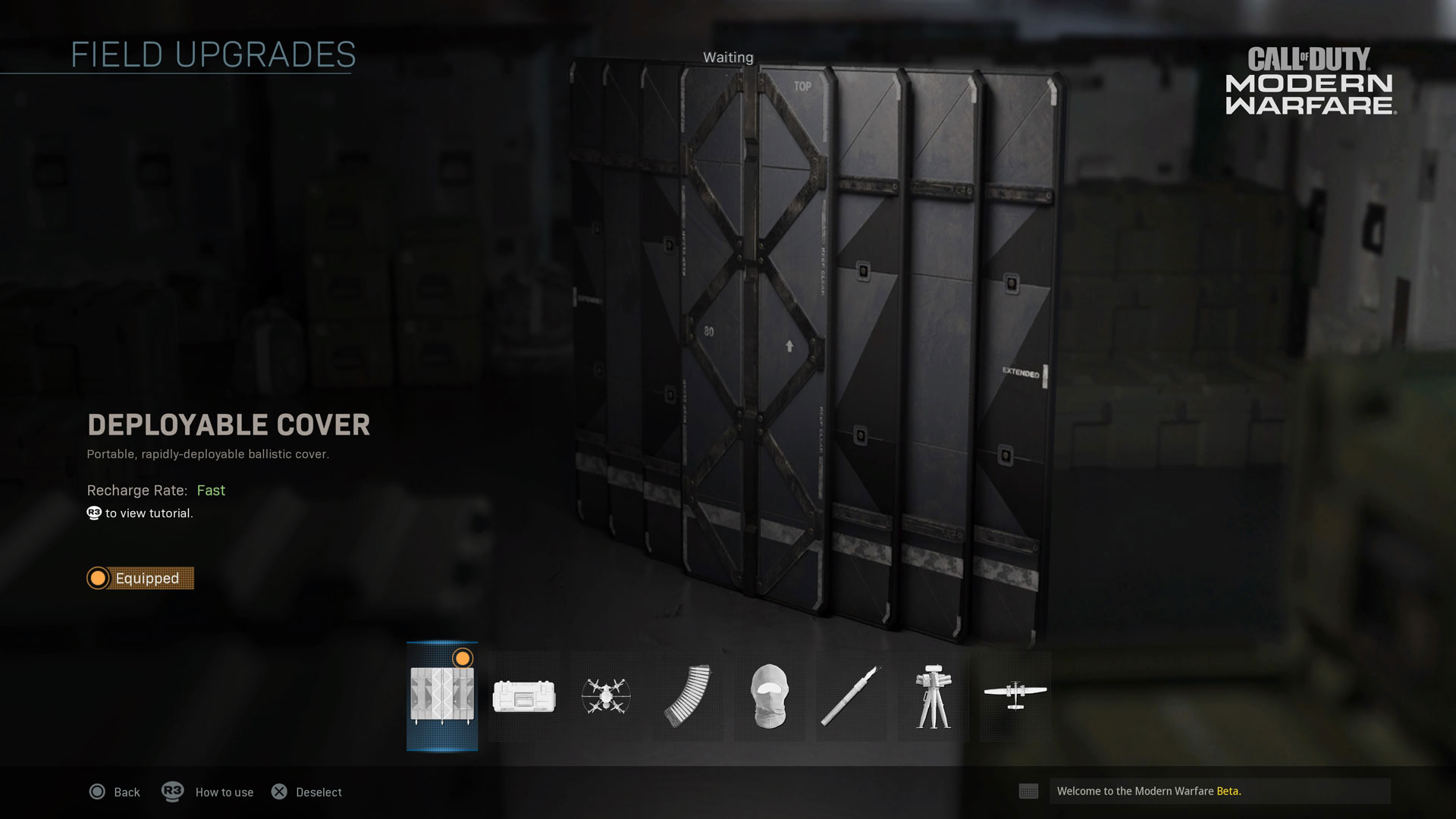 Quickly deployable, this roughly five-by-four feet metal ballistic cover can provide critical protection under certain circumstances during a Multiplayer battle. Perhaps an enemy is dug-in across a courtyard, with limited cover opportunities? Then throw out the Deployable Cover to slide into a protective location instead of being picked off en route to engage the foe. Aside from the reasonable protection this affords you or a teammate, you can also mount your weapons to the horizontal top, or vertical sides of the Cover, granting you stability bonuses to your firing while doing so.