Don’t let the Hawaiian shirt fool you: Captain Butcher didn’t come to HQ because he’s on vacation. In fact, despite his ability to seamlessly assimilate into European cultures, it’s extremely possible he’s never taken a vacation in his life (we tried to offer him tickets to a cruise and he just started screaming about submarines off the coast of Virginia so, we just gave him the weekend off).

Lucky for all of us, however, he’s put in the work to bring back the latest gear to freshen up your loadout in an appropriately summery fashion. Uniforms, Weapon Charms, Emotes, Weapon Camos – he’s got it all. And, leading the way with his latest haul are the three new weapons we’ll be discussing today: an SMG, a Rifle and a Sniper Rifle. 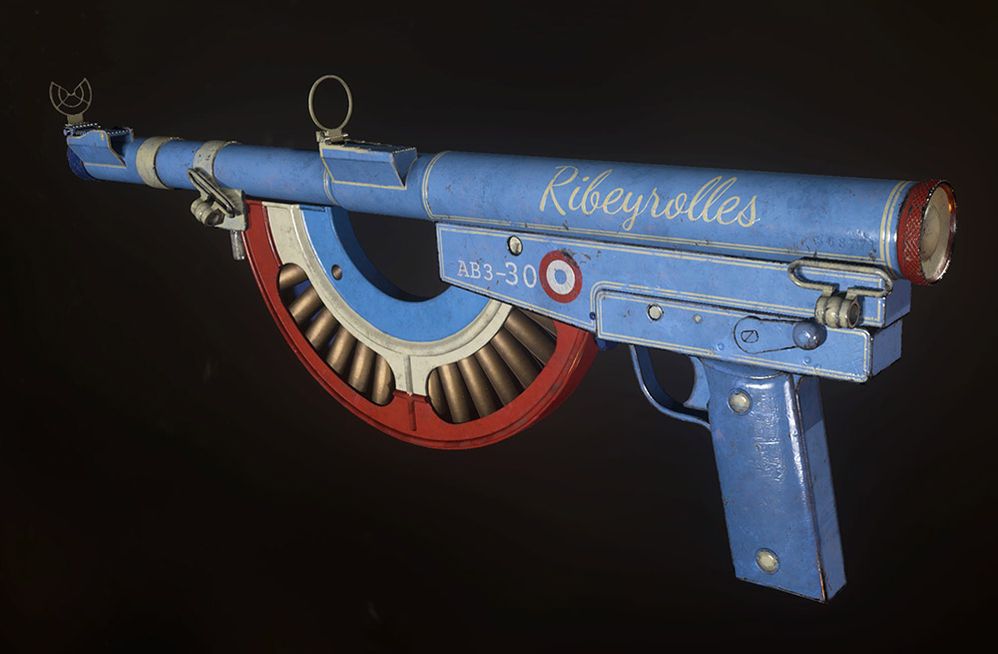 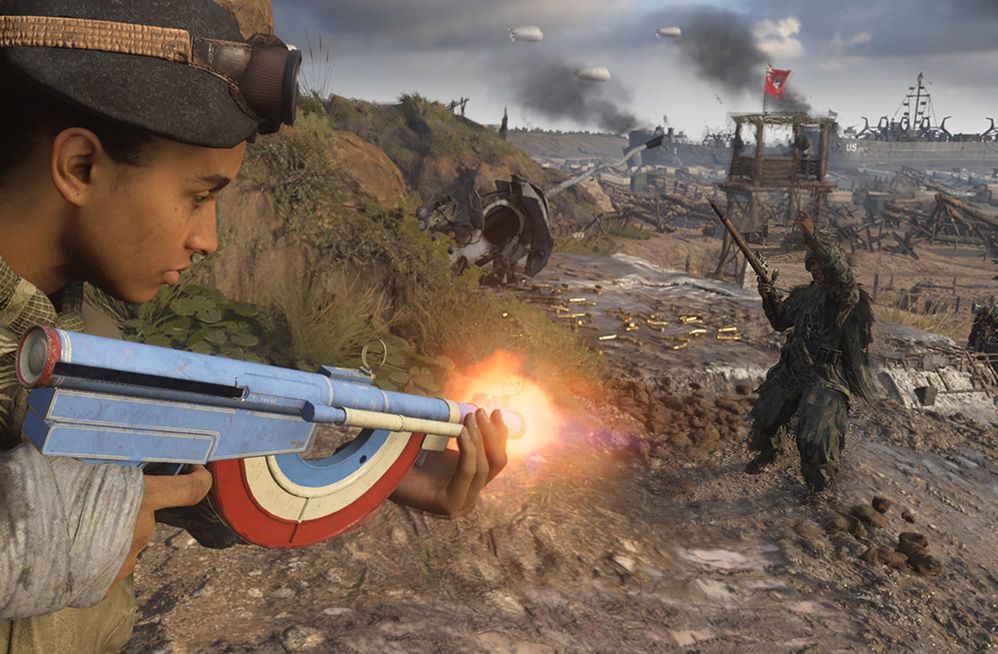 Like a great poet or your uncle dancing at a wedding, the French have a distinct style of their own. That unique expression reveals itself in the design of WWII’s newest SMG, the Ribeyrolles. Who says magazines need to be a simple vertical stack of rounds? Why not just slap ‘em all into a U-shaped, half-circle? Frankly, we’re a little curious how the physics of this design practically worked, but, for our gaming purposes, it’ll get the job done. If you’re one of those players who has to have a reticle attachment, this SMG encourages you to ditch the Reflex Sight and let the build-in iron sights do the aiming for you. You’ll have little trouble picking off enemies in mid-range engagements with the benefit of those sights’ enviable accuracy and range compared to its SMG peers. It’ll compete with Rifles at most standard engagements and that’s enough to make it a worthy option on any map, in any mode. 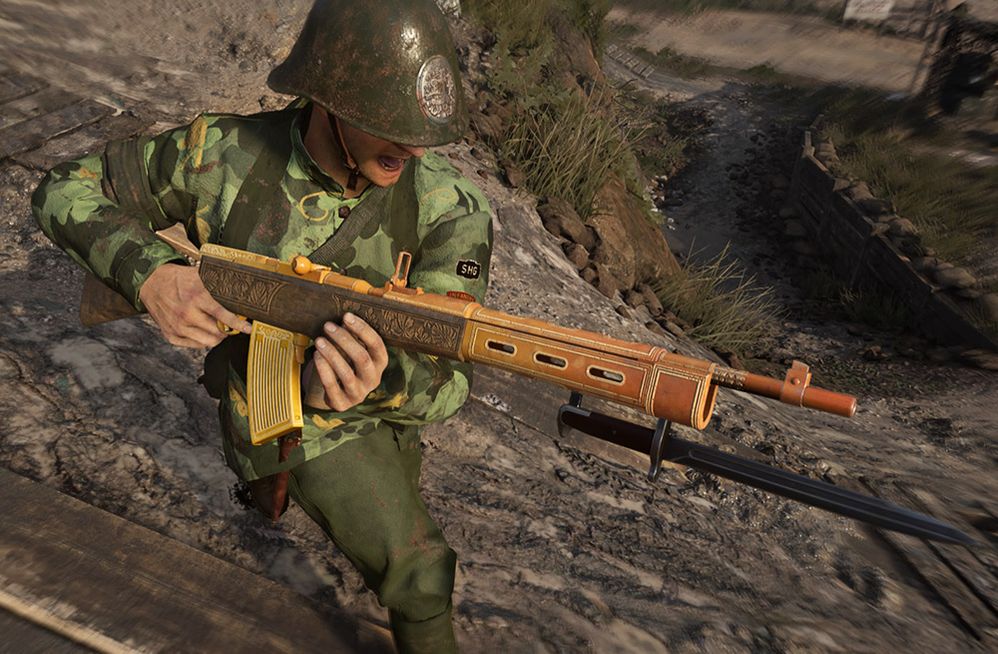 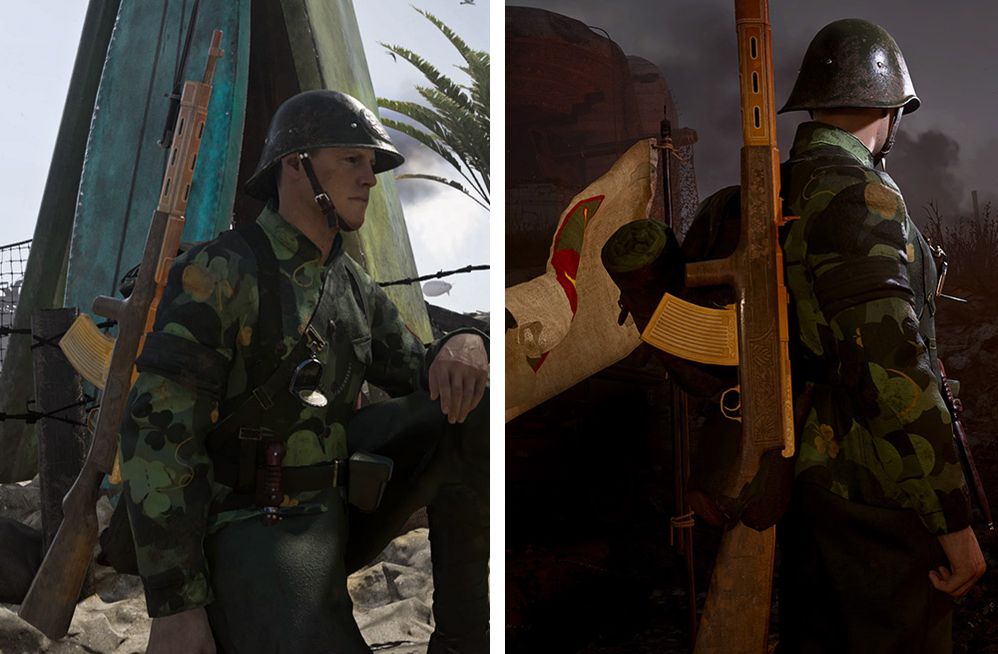 Remember how nice those iron sights look on the Ribeyrolles? Less so with the Automaton. But, as far as drawbacks go, that’s pretty much it because this Rifle is a Jack-of-all engagements that’s simply too good to pass up. You want 3-shot kills? Pick up the Automaton baton. You want accuracy? Time for an Automaton marathon. You want enough range to out snipe the snipers? Step into the Automatonatron. The Volk is held in high esteem by many players, casual and professional alike, but this Automaton jawn just might give the Volk a challenge as one of the most coveted weapons in the entire game. It’s competitive at any range and it shoots as true as you’d like. So, now there’s really only one question: which variant do you want? 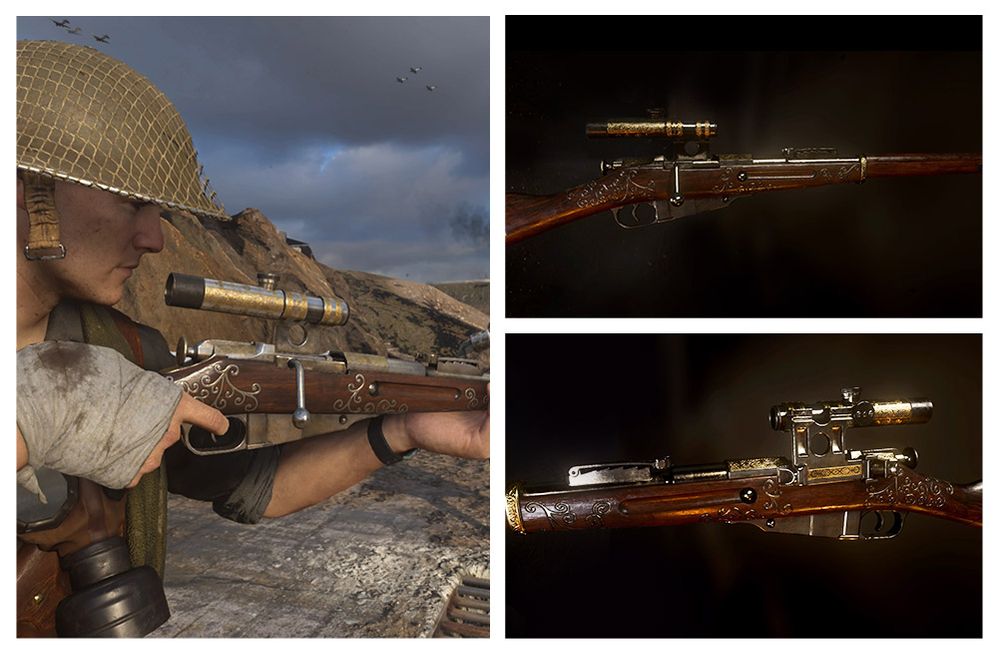 What do you want from a long-range rifle? Accuracy? Of course. Decent aim-down-sight (ADS) time? Obviously. Sizeable one-shot kill zones? Gotta have ‘em. The Kar98k has been prevalent throughout the life of this game because it offers all of these things – and the Kar98k just got some company. The Soviet-made 3-Line offers a one-shot kill area among the largest in the game along with a slightly more lightweight feel than the bulky PTRS-41 at minimal cost. The Sniper Rifle class has slowly evolved to offer a variety of options that cater to different styles and preferences. Even with such variety, the 3-Line should slide into the top two or three of any marksman’s favorites. With Ballistic Calibration, it feels as accurate as any other in-class peer. Pair that with its ‘fair’ one-shot kill zone, you’ll get yourself acquainted with the 3-Line quickly.

Just when you think you’ve got your favorite weapons all figured out, Captain Butcher shows up in a Hawaiian shirt to throw some new gear into the mix. The Automaton and Ribeyrolles Collection Reward variants are only available for a limited-time. So, horde those Armory Credits and unlock some of the new hotness before Days of Summer ends on August 28that 10 AM PT.