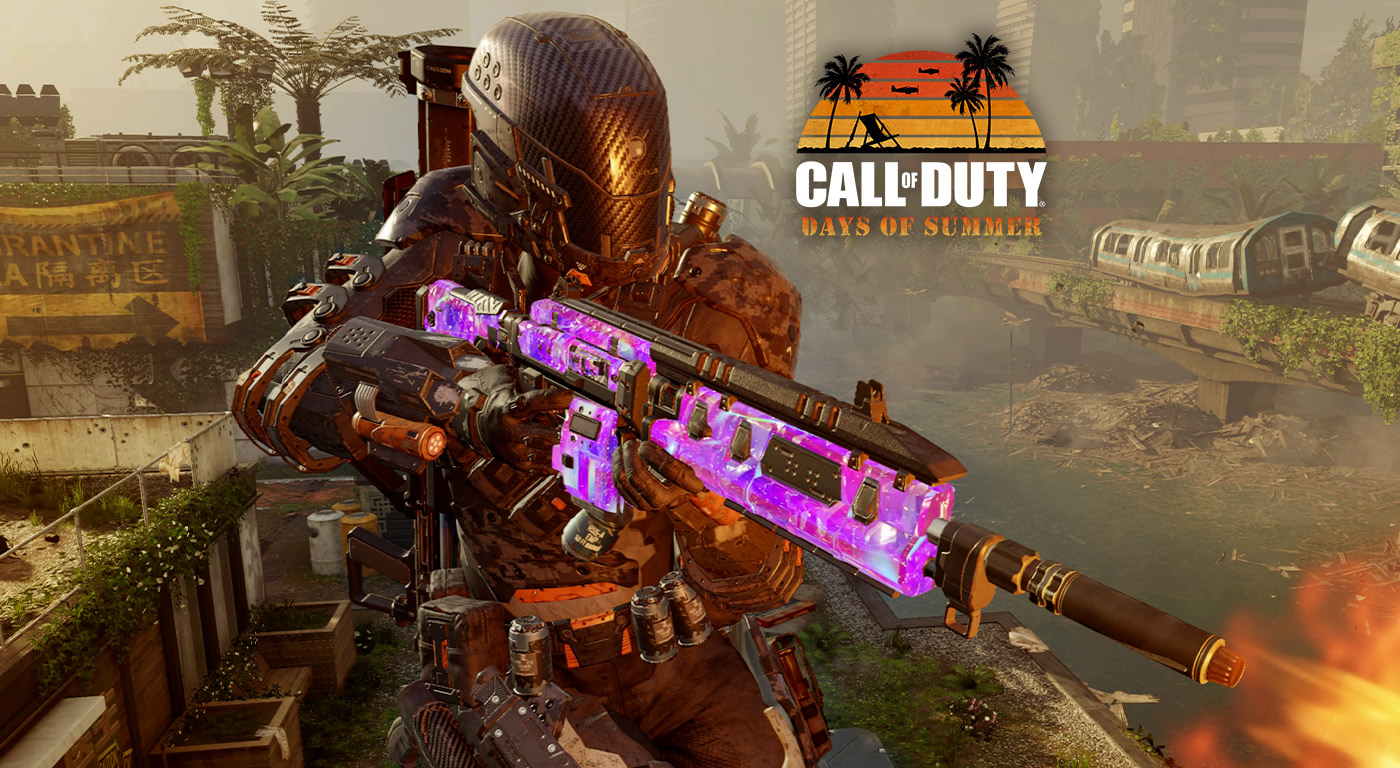 How I Spent My Summer Vacation, Black Ops III Style

How I Spent My Summer Vacation, Black Ops III Style

Call of Duty Days of Summer has landed in Black Ops III and it’s already hotter than Nuk3town getting blasted by Firebreak’s Purifier on the longest day of the year. This summer gameplay vacation is back for its second tour of duty and with it comes 4 glorious weeks of Featured Playlists, Free to Play DLC 1, Limited Time Gear and more. We threw together this quick guide to make sure you get the most out of your summer. Let’s party.

Featured Playlists
Whether you’re max Prestige or you’re new to Black Ops III, everybody loves a little Double XP. Days of Summer is serving up a smorgasbord of Featured Playlists and global XP events, some of which overlap, giving you a chance to get DOUBLE REWARDS. Here’s a breakdown of how to maximize your matches:

And, heads up: all Featured Playlists and XP events start and end at 10AM PDT.

Free to Play DLC 1
Yes, you read that right. For the entirety of Days of Summer in Black Ops III, you’ll be able to play as much DLC 1 Multiplayer and Zombies on PlayStation and Xbox as you can handle.

For all you MP fans out there, you can cool off on the snowy Swiss alps of Rise, make waves in the abandoned waterpark of Splash and enjoy the breeze in your hair as you fly around on Skyjacked. Or get a sample of every climate in the top-secret training facility of Gauntlet.

And, for the Zombie slayers out there, you get to enjoy the awesomeness of Der Eisendrache. Beat back endless waves of Zombies as you make your way through Griffin Castle, nestled in the Austrian Alps.

Read our full guide to get some advanced intel on your DLC 1 adventure. Sick.

Sick Summer Camos
No summer celebration would be complete without some limited time gear and amazing deals on supply drops. Like right now, the limited time Cherry Fizz Weapon camo is available in Supply Drops, but only for the first week of Days of Summer. There’s more limited time loot to come, but you’ll have to check the game for updates – after all, we wouldn’t want to spoil any surprises.

And who knows – some amazing deals on bundles may pop up for those looking to personalize their loadout.  And with so many Double Cryptokey Playlists coming down, you’re sure to have plenty of loose Crypto laying around to grab yourself something nice for the summer.

The Black Ops 4 Beta!
As if all this Black Ops III action wasn’t enough, we haven’t even talked about the main event: the Call of Duty: Black Ops 4 Multiplayer Beta. Get your first taste of the next chapter of Black Ops, coming first to PlayStation 4 on August 3, with Xbox and PC joining the party on August 10.

Pre-order Black Ops 4 to get access to this incredible Beta, jam-packed with 10 Specialists, 6 Maps, 6 Modes, brand new Weapons and a whole lot more. Not only do you get access to the Private Multiplayer Beta with your preorder, you also save your spot in the Blackout Beta, coming in September.

Long story short: it’s truly the Summer of Black Ops. Get in on the action now!