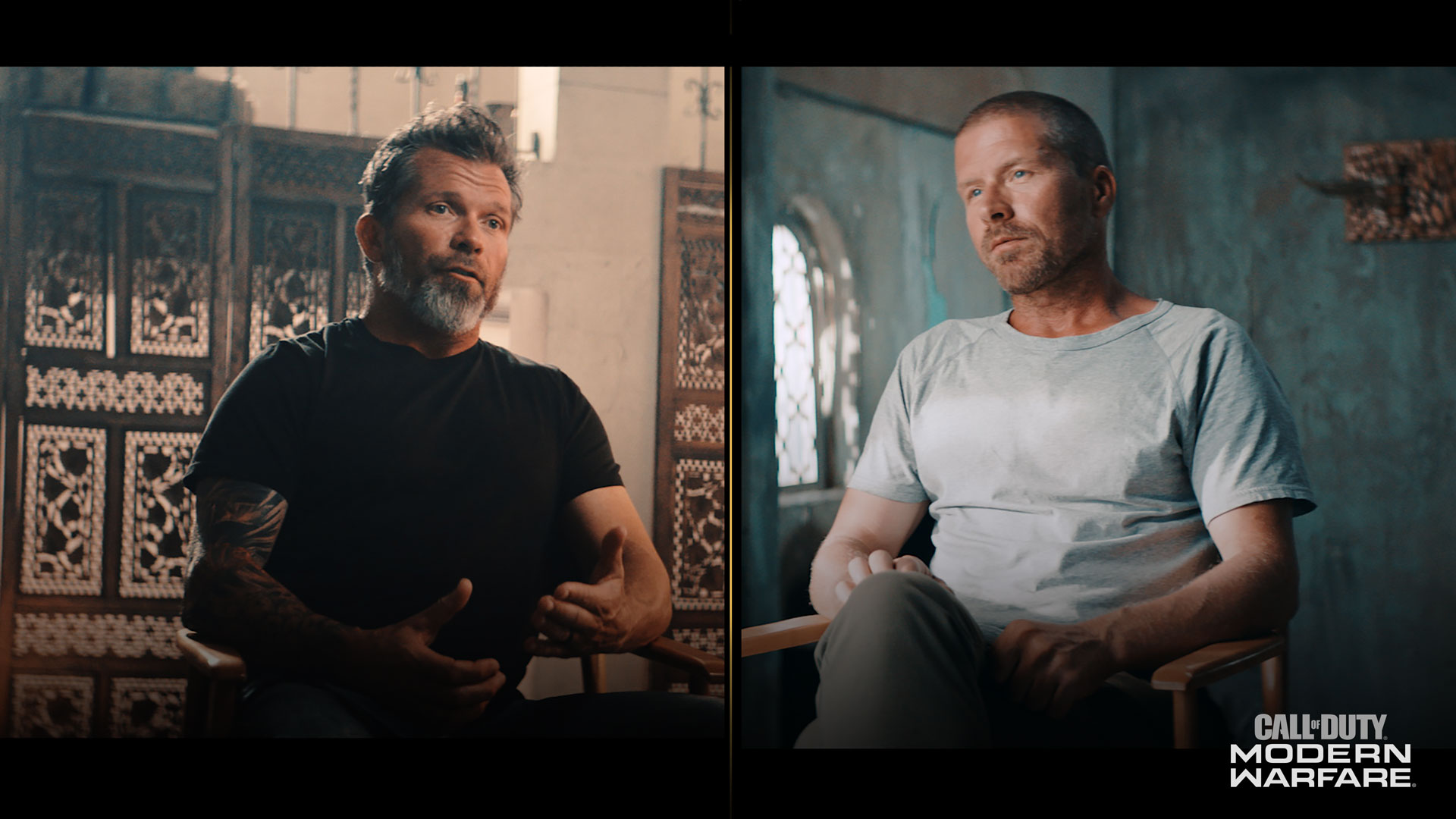 “Call of Duty for us has always been about being a Tier One Operator, an elite highly-trained soldier,” said Taylor Kurosaki, Narrative Director at Infinity Ward, “so we worked with two consultants, who are retired Navy SEAL consultants and utilized their experience even more than in the past games.”

Sanders served 24 years as a Navy SEAL, doing 10 deployments overseas before retiring in 2013.

“I started scuba diving as a sophomore,” Sanders said. “Most of my friends in high school said I was never going to make it, which made it even better when I did.” He laughed.

Sanders said that the franchise “grew up with him,” as he played plenty of Call of Duty games during and well after his deployments. He also recognized that Modern Warfare does not just come with a Campaign, which he got questioned about while advising on the game.

“Call of Duty is so big that it's not just one experience; it's a platform, right?” Sanders argued. “It gives you a wide variety of different experiences. And if you want some of the best military-themed experiences that you can have in video games, you play Call of Duty. So, personally, I see it like subscribing to a particular video service where I know it’s going to be this amazing experience of a certain caliber and it's going to be artists performing at their highest quality.”

He shared that at the start of his career, as war changed, it also drastically changed what he had to do in the field despite learning so much during his training.

“We all learned together,” Hall said. “A lot of things we thought we knew, we had to re-learn and re-craft because it was just different than what we expected, and it morphed and changed very quickly from year to year… I would say the battlefield changed every 18 months.” 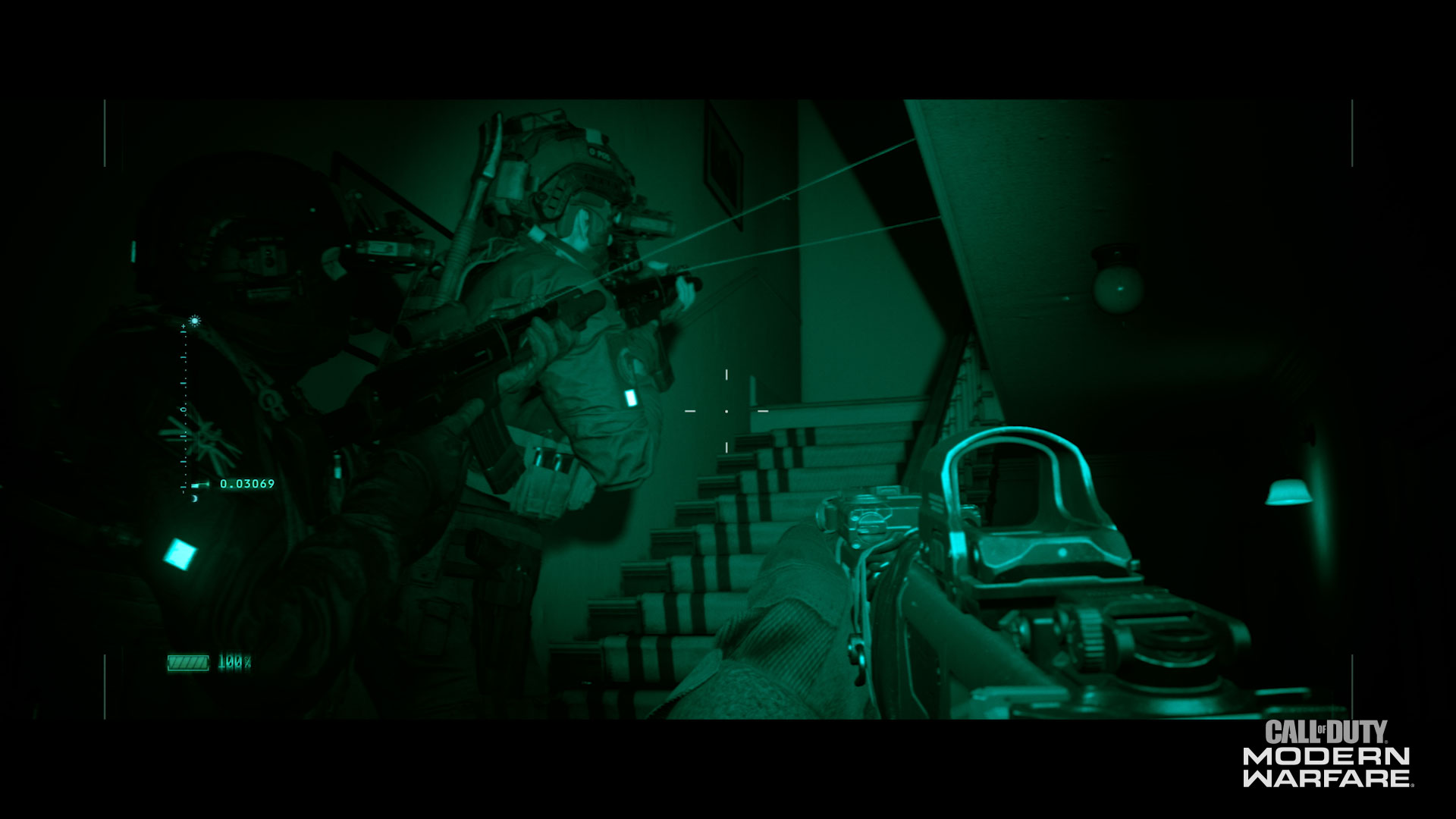 In the last part of our Narrative series, we detailed how Infinity Ward mapped an entire level onto a motion capture stage so that they could see how an actual ex-military fireteam would act in this scenario.

That fireteam was a two-man squad of Sanders and Hall, who donned mo-cap suits and ran the course while giving their consultation.

“The townhouse is a perfect example of what Mitch and Steve always talk about, which is being told to go with imperfect intel and execute your job perfectly,” said Jacob Minkoff, Single Player Design Director. “And players are going to be presented with situations that will challenge them to identify targets, threats, and unknowns, and make the right decisions.” 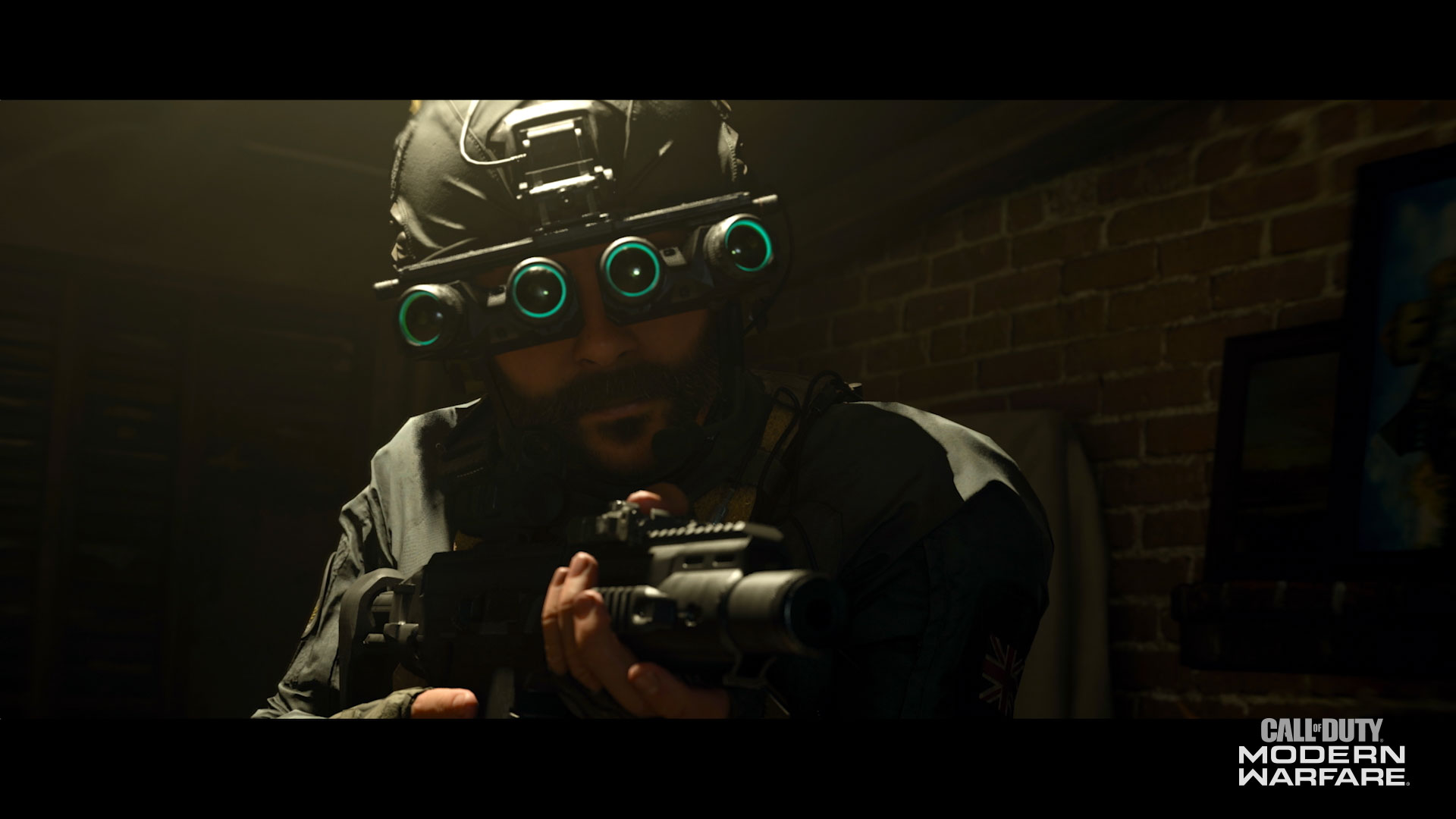 Sanders said he never had a mission that was exactly like this level, but he and his colleague drew from their own experiences during their combined 40-plus years of service to be in that moment.

“As a soldier, you’re constantly processing all the contingencies,” Sanders explained. “You’re constantly evaluating and just gaming it in a sense. So, if we’re going down a road or patrolling into a target, you constantly have to be thinking about – okay, what if this happens right now? The same thing applies inside a building; you move in being prepared for anything to happen.”

With that in mind, both men went through the townhouse with the close-quarter tactics that Hall said have evolved over the past 15 years, as it shifted from super-fast and dynamic to one with self-preservation in mind.

“Some of the first things you're going to notice are how we cover down on a window,” Hall said of what players will see in that part of the Campaign. “We froze down a window before we went in. Instead of just kicking the door in, you know, we used a ladder, we climbed up, and had guys use that window to clear space before we actually put lots of bodies into it.” 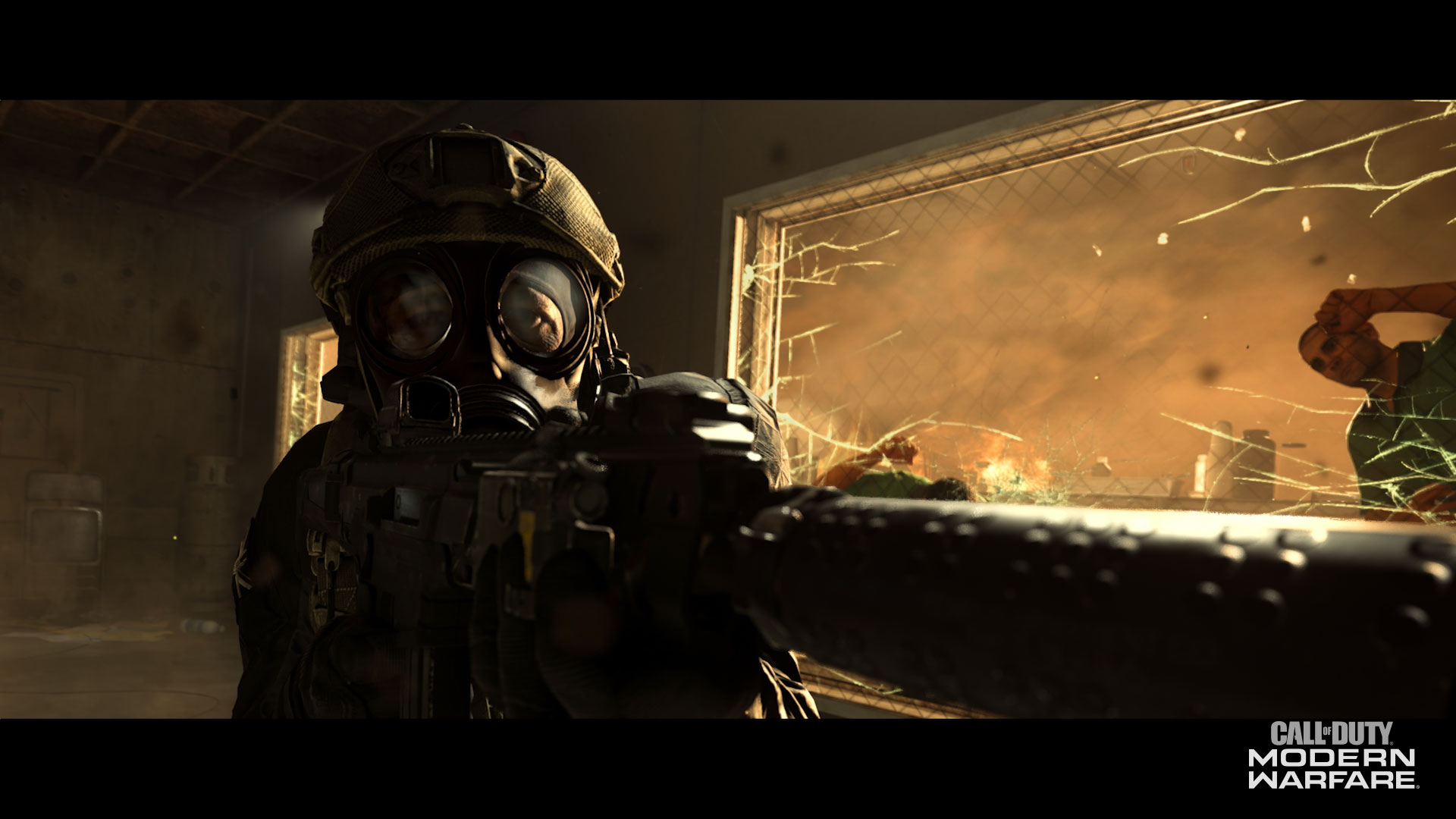 Complexity on the Frontline

Not only did Sanders and Hall consult for individual missions, but for the narrative at large, as Kurosaki explained:

“I simply asked Mitch and Steve, ‘What would be a narrative that we could touch on that would ring true to you guys?’ And they said, if you want to tell a real story that would really resonate tell a story about imperfect men like us; going and doing an imperfect job and being expected to do it perfectly. That is the impossible task that we are faced with as operators in today's day and age.”

For both Sanders and Hall, the concept of hostile intent, a major part of the U.S. Standing Rules of Engagement that all military branches follow for international missions, was a major part of Modern Warfare’s campaign that they advised on.

In other words, or rather, Hall’s explanation, a modern “battlefield” may have innocents alongside insurgents and soldiers. “That innocent person is in the middle,” Hall said. “They are mostly trying to live their lives and rather not get shot by either side. But if a guy pokes around a corner, is he doing that because he heard the Americans are in the area? Or is he looking for the Americans and wants to shoot them?” 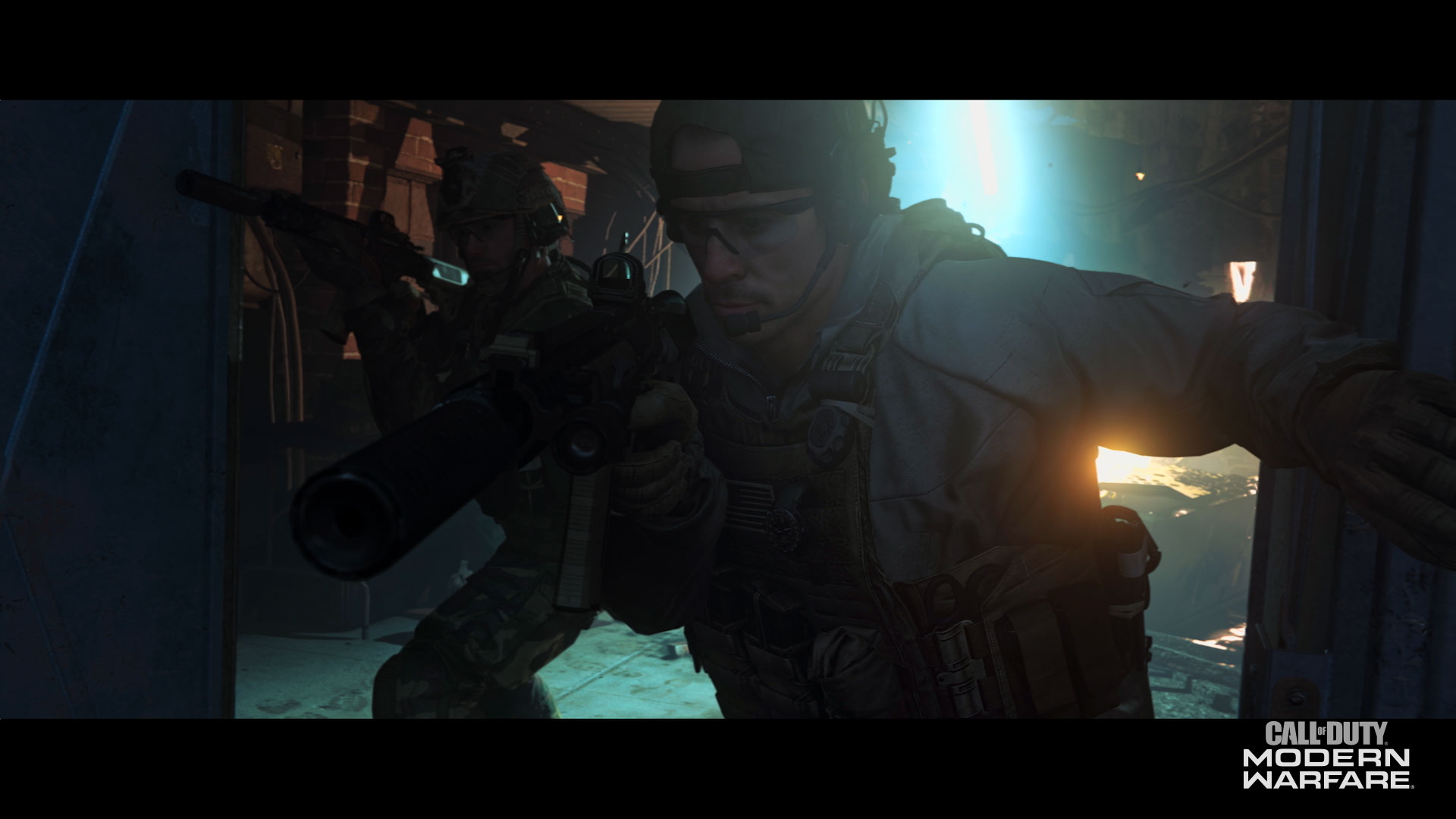 Those split-second decisions, Hall and Sanders both said, are made with extremely high stakes on the line, as violating the rules of engagement could lead to problems both during the mission or well after.

That moral aspect of war is what players will experience in the Modern Warfare campaign, yet that is not the only part of the story. As Hall described, he and Sanders helped Infinity Ward find that balance between authenticity, the story at large, and the gameplay.

“When you're going to do a complex storyline,” Hall explained, “when you're going to present this information to the public, of course there's responsibility to get it right, while you’re balancing the reality that you’re making a piece of fiction, of entertainment. We certainly talk about when we get it wrong or when people get it wrong. But I think they did the work and research this time and are willing to take the risks for the sake of accuracy.”

You can see what these two ex-Navy SEALs, and the other military advisors, helped Infinity Ward achieve for their Campaign Call of Duty: Modern Warfare launches on October 25. Pre-orders at participating retailers are available now, or at CallofDuty.com. 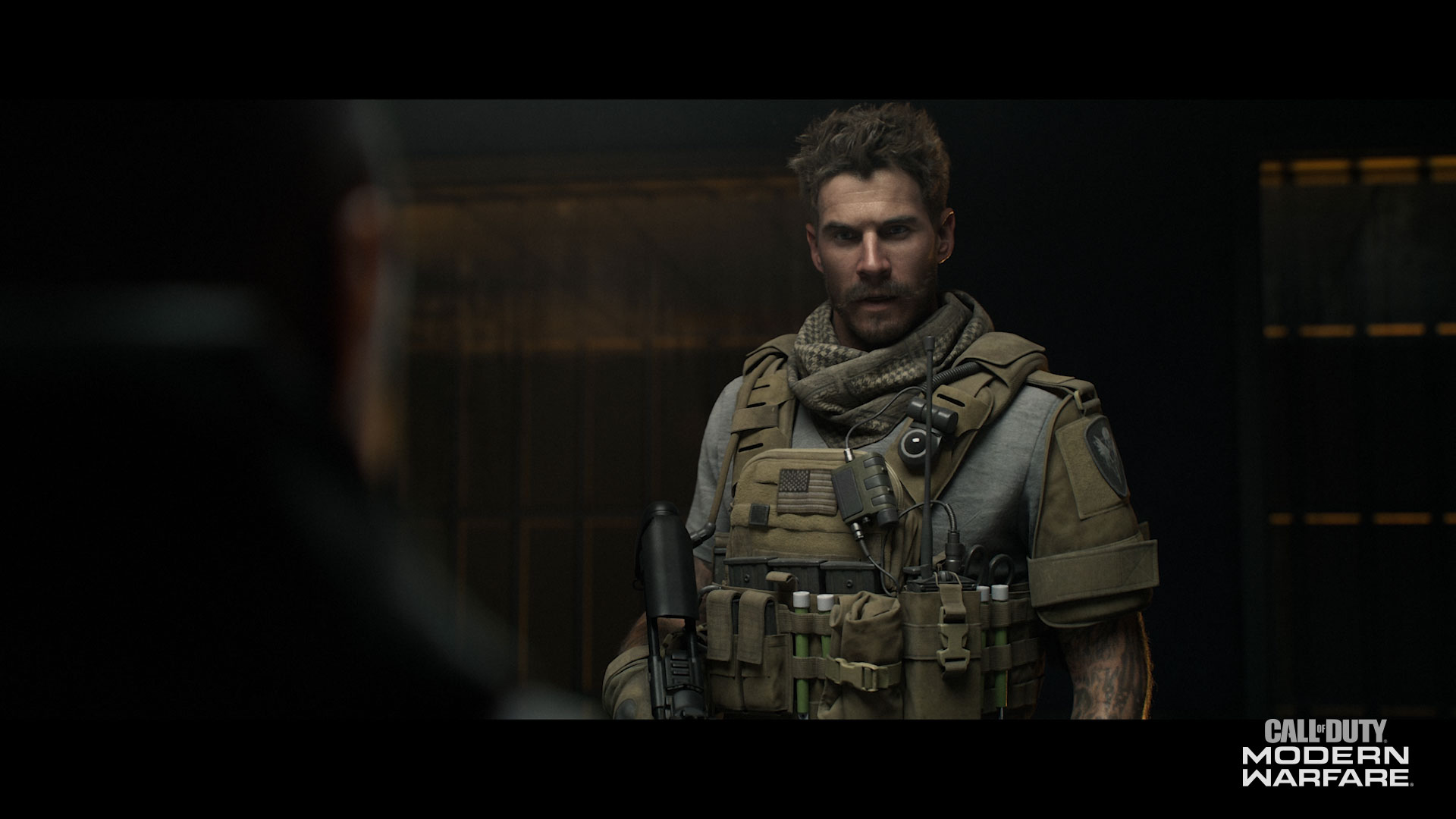