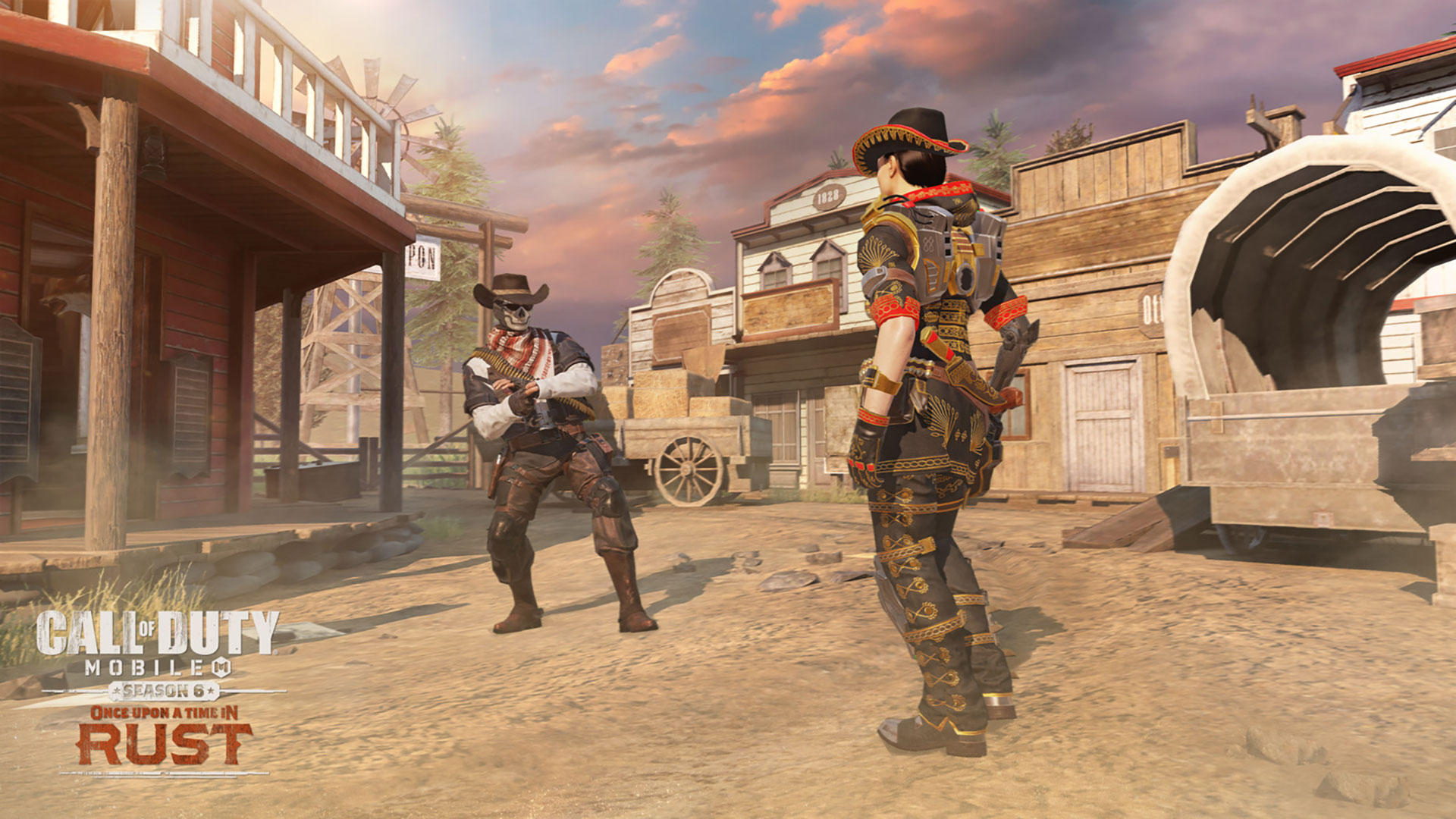 Ready up Gunslingers for a New Mode in Call of Duty®: Mobile: 1v1 Duel on a New Map, Saloon!

Ready up Gunslingers for a New Mode in Call of Duty®: Mobile: 1v1 Duel on a New Map, Saloon!

It’s a good ‘ol fashioned shoot-out in the wild west on Saloon, a new map available for 1v1 duel in Call of Duty: Mobile. It seems you’ve ruffled a few of the wrong feathers in Once Upon A Time In Rust and found yourself in a fight to the death with only your weapon and your quickdraw to get you through it.  Before you fire away partner, get a few tips on Saloon and some tricks for out-maneuvering your opponent in a 1v1 match-up.

Saloon is a close-quarters map designed for a 1v1 match-up. You’ll still have sightlines, but not as long as a standard Multiplayer map. Saloon consists of a circular western exterior, then the interior playspace of the actual Saloon. You can choose to play either, but both have unique advantages.

There’s more room to maneuver in the exterior and a lot more cover. You can duck behind a boarded post that holds wanted and reward signs, boxes, an overturned safe, wagons full of hay bales and more. SMGs, assault rifles, and even shotguns can be a formidable choice. Try to be super attuned to any sounds of the enemy as any noise not from you is coming from your opponent.

Inside is a much tighter space, so shotguns will really standout. However, you’ll have a lot less cover and defeating your opponent will require a legitimate quickdraw. There’s a bar and a small table that provide minimal cover if you need a more tactical approach, but if you’re indoors the 1v1 match-up may become a pure shoot out. May the best gunslinger win. 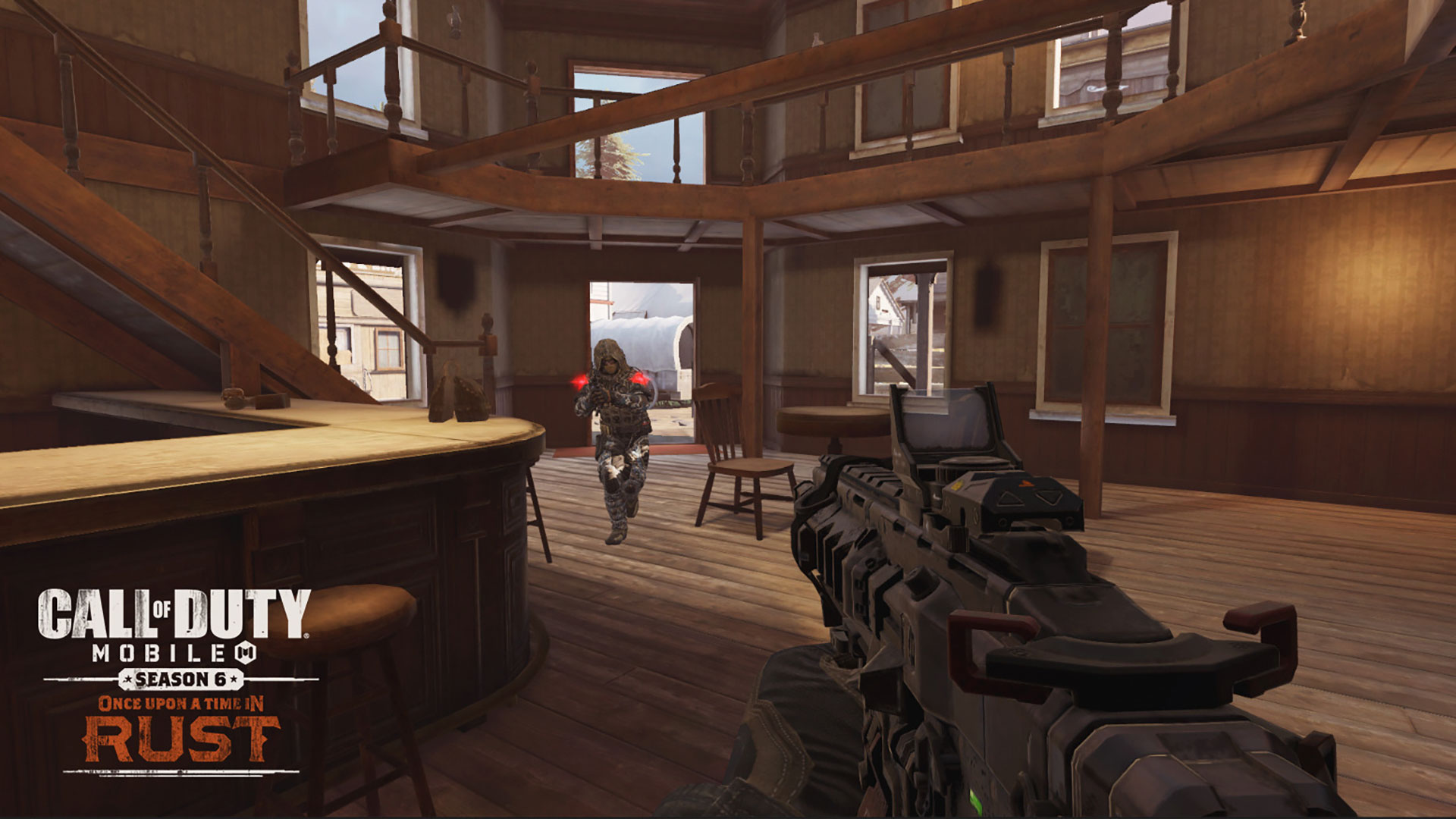 Rules of the Battlefield

You’re a lone ranger in this fight, but that doesn’t mean you can’t find success. 1v1 is a best of three matchup, with each round going to the first player to get seven kills. That means if you are down a few kills, you can still catch up. Or, if you lose the first round, go for the reverse sweep to win the match. In addition to your seven lives, health regeneration is on. Use it to disengage from fights when needed, regain your strength, then attack to make each life count.

Players choose their loadouts on the first round, so be sure to pick something that plays to your strengths. In each successive round, the loser of the previous round chooses a loadout class and from there you are dealt a random loadout with a primary weapon from that class. For example, if you win the first round your opponent may choose LMGs. You could get a M4LMG, RUS-79U, or any other weapon from that class. With that in mind, try to familiarize yourself with all weapon classes because you never know what you might get. 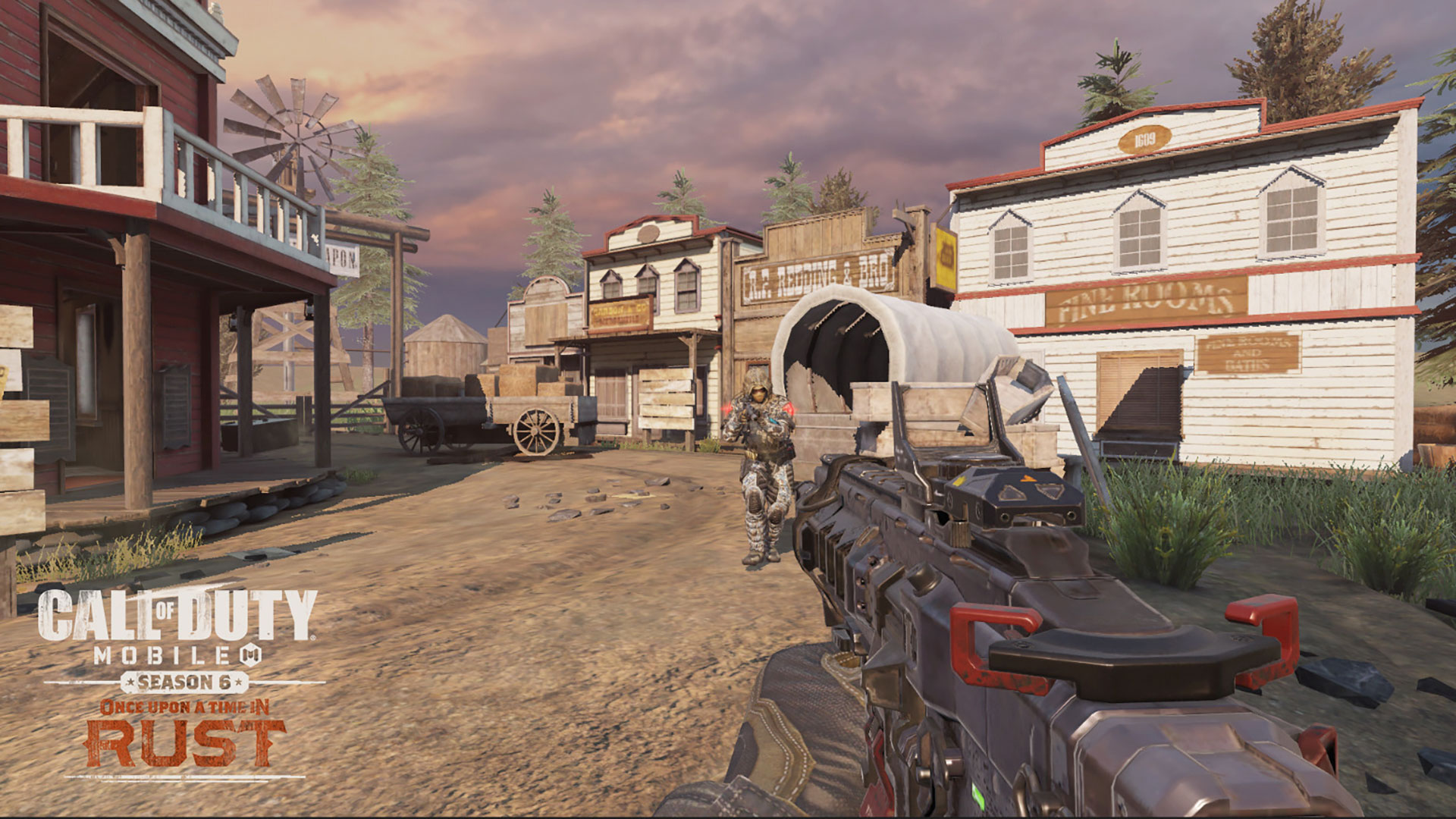 1.     If stealth is your game, move swiftly, but quietly and wait until you have good visibility on your opponent before you fire. The sound of your weapon can easily tip someone off when there are no other players in the game.

2.     Saloon is a small map built for a close-up skirmish. Keep that in mind as you select your loadout for the first round. Afterwards, consider choosing loadouts that play to the map, but always go with your strengths first.

3.     Using lethal and tactical equipment is extremely important in a 1v1 battle. Even if you don’t hit your target you will gain critical intel on where the enemy is or isn’t.

4.     In a game where quickdraw matters, you can benefit from hip-firing. Look into switching up your fire mode or pre-fire, that is fire before you ADS, to ensure you get the first shot.

5.     Although Saloon is small, you can still use the space to your advantage. For instance, if your loadout is a close-quarters weapon like a shotgun, try and force the battle to the interior where you might have the upper hand. Just make sure your draw fast and aim true.