Battle across urban Cuban streets during a tense period in Black Ops history.

“Black Ops Flashback: Cold War tensions rise as a war of ideologies is waged across the streets of Havana, Cuba.”

The air is hot and humid. Posters of revolution litter the streets. At the edges of the map, flak guns rest fortified by sandbags. The escalating conflict has cleared out the streets and set the stage for war.

Whether you’ve played it before or need a refresher, here’s what you can expect: 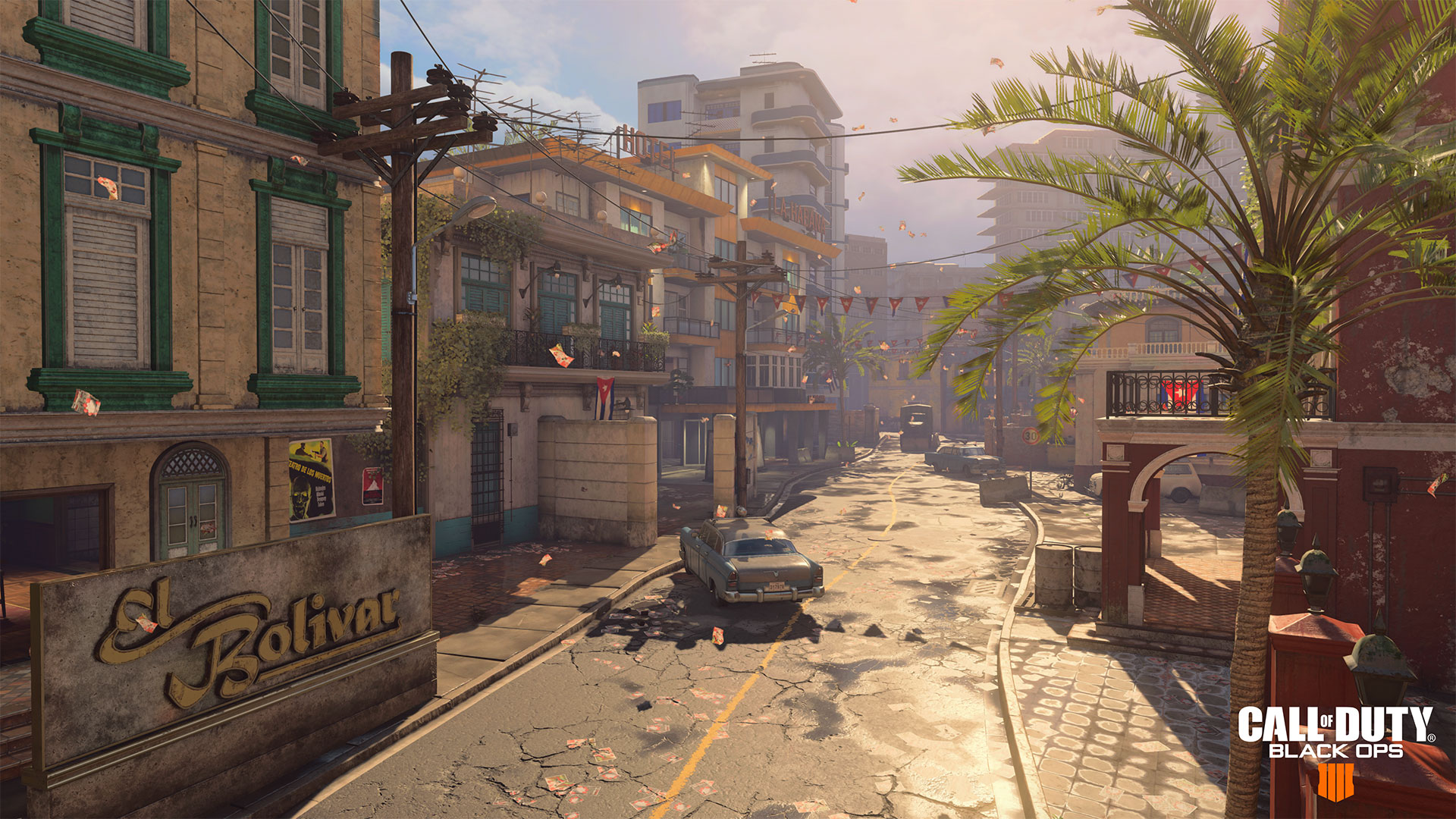 As mentioned before, Havana takes place in a Cuban city frozen in time due to the geo politics of the era. The structure of the map is a backwards Z-shape, with initial team spawns located north and south.

There are plenty of ways to get across the map thanks to the number of hotels, buildings, and other structures that sit on both sides of the street. Not only can there be fighting inside and across buildings, but they also create multiple alleyways that could serve as flank routes.

And, of course, amid all the buildings and alleyways, there is the street itself. The abandoned cars and concrete barriers act like pillboxes and pieces of cover in an otherwise long and narrow straightaway. Here is where the skirmishes might be catalyzed: if there isn’t already a brawl in the street, there will probably be one that spills out from the sidewalks, buildings, and alleyways.

There are multiple ways to traverse the map, but players will need to think strategically. Consider moving through exposed streets where you could be rewarded by frequently checking the back alleys. However, if you’re not careful you could become an easy target for snipers above.  Or think about weaving in and out of buildings avoiding the streets with a close-quarters or run and gun style build to catch opponents by surprise. But you might run into various traps like Mesh Mines, Razor Wire, or other players that cuts your attack short. Consider the options and play to your strengths. 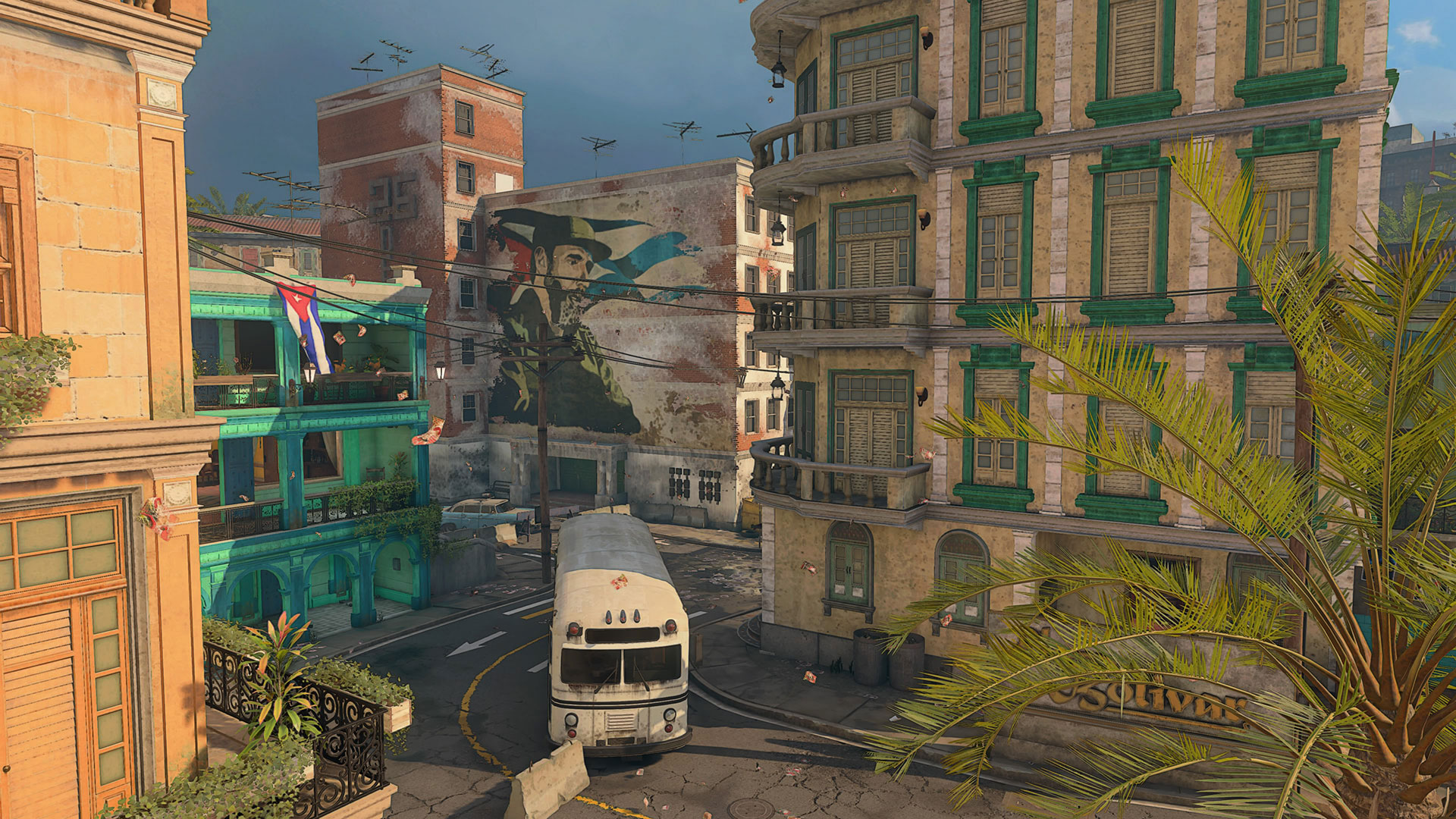 Havana, like all of the maps in Black Ops 4, is where any loadout can be put to good use with a little map knowledge and skill.

Those with classes that favor long-distance fights — for example, your snipers and tactical rifle users – look for long sightlines on the main streets or second story windows that provide good visibility below. Consider utilizing the map environment for cover like balconies or vacant cars but be mindful of potential vehicle explosions.

With the numerous buildings and alleyways, close quarters builds can shine. For added oomph consider equipping Mobility and Dead Silence perks, so you can shut down any opposition quickly and quietly.

Furthermore, bear in mind that the numerous indoor areas of the map could have an impact on scorestreaks. It may be wise to consider equipping ground based scorestreaks like the Mantis or Strike Team to avoid firing a Hellstorm and not making contact with enemies. 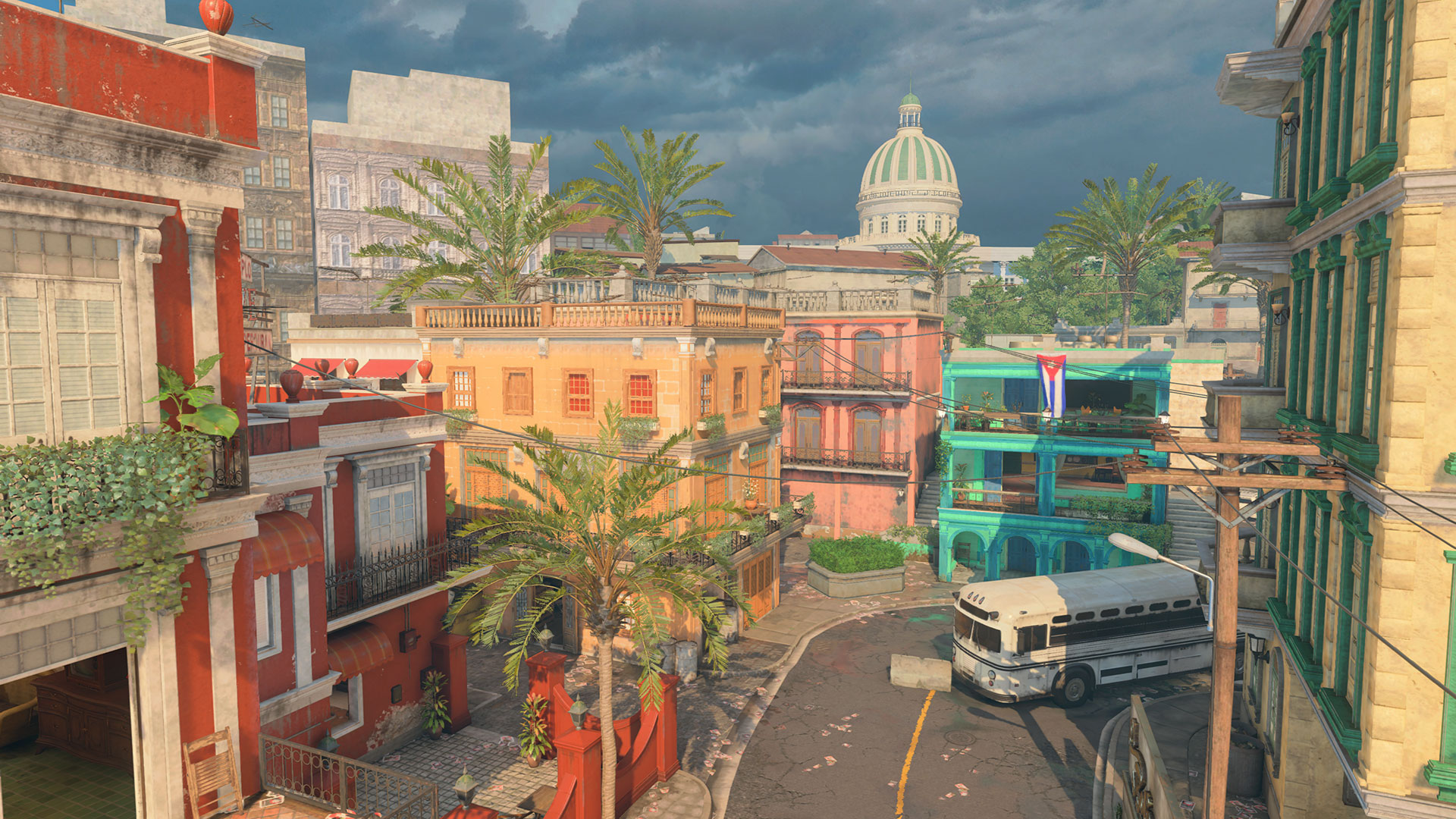 In most objective game modes, the dead center of the street becomes a hotly contested point, especially in Domination, where the B flag sticks out like a sore thumb. To counter this Spectre’s Smoke, Reaper’s Shroud, or even Outrider’s Hawk can help you stay ahead of a congested center and eliminate enemies on approach.

Much like other maps with a central point of capture, jumping on the point alone might not be the best strategy. More often than not, chaos ensues in these locations, and all it takes is one coordinated attack to clean the road like a street-sweeper.

To this point, it might be a good idea to keep a slight distance and attack chokepoints rather than go directly to the objective. Once you’ve managed to push the enemy team back consider rushing the objective together to quickly capture it, just keep an eye towards the enemy’s spawn.

While both Control and Hardpoint don’t rely on a single-centrally located objective, using a similar strategy of clearing before capture is worth considering.

For Safeguard, the robot travels from end to end of the street requiring a creative defensive strategy to ensure a safe delivery. It’s not an easy trip, but the combination of utilizing equipment, weapons, and map knowledge makes it a fun firefight.