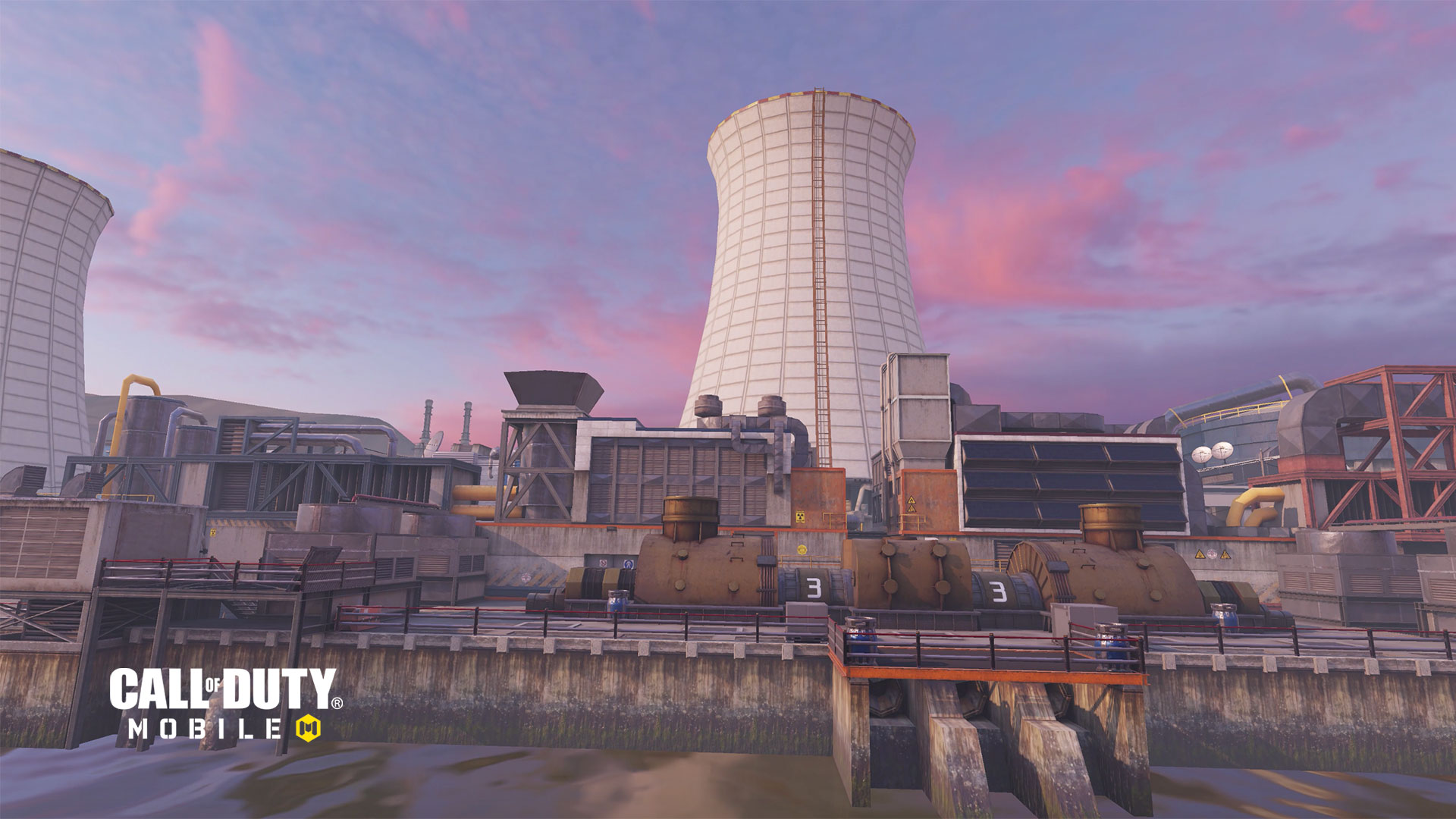 This Map Snapshot breaks down Meltdown, a classic Multiplayer map from Call of Duty®: Black Ops II that takes players to a remote power plant with plentiful shortcuts for rapid repositioning and flanking tactics.

This Map Snapshot breaks down Meltdown, a classic Multiplayer map from Call of Duty®: Black Ops II that takes players to a remote power plant with plentiful shortcuts for rapid repositioning and flanking tactics.

Gear up and get ready to deploy to the Balochistan Cliffs — we’re heading to Meltdown, a classic map from the fan-favorite Call of Duty: Black Ops II, now available in Call of Duty: Mobile.

Whether you’re a veteran ready to be reacquainted with Meltdown or you’re playing this map for the first time, we’ve got tips to help you succeed in the fight. Read on for a full map overview and strategies to take the win and pummel your enemies. 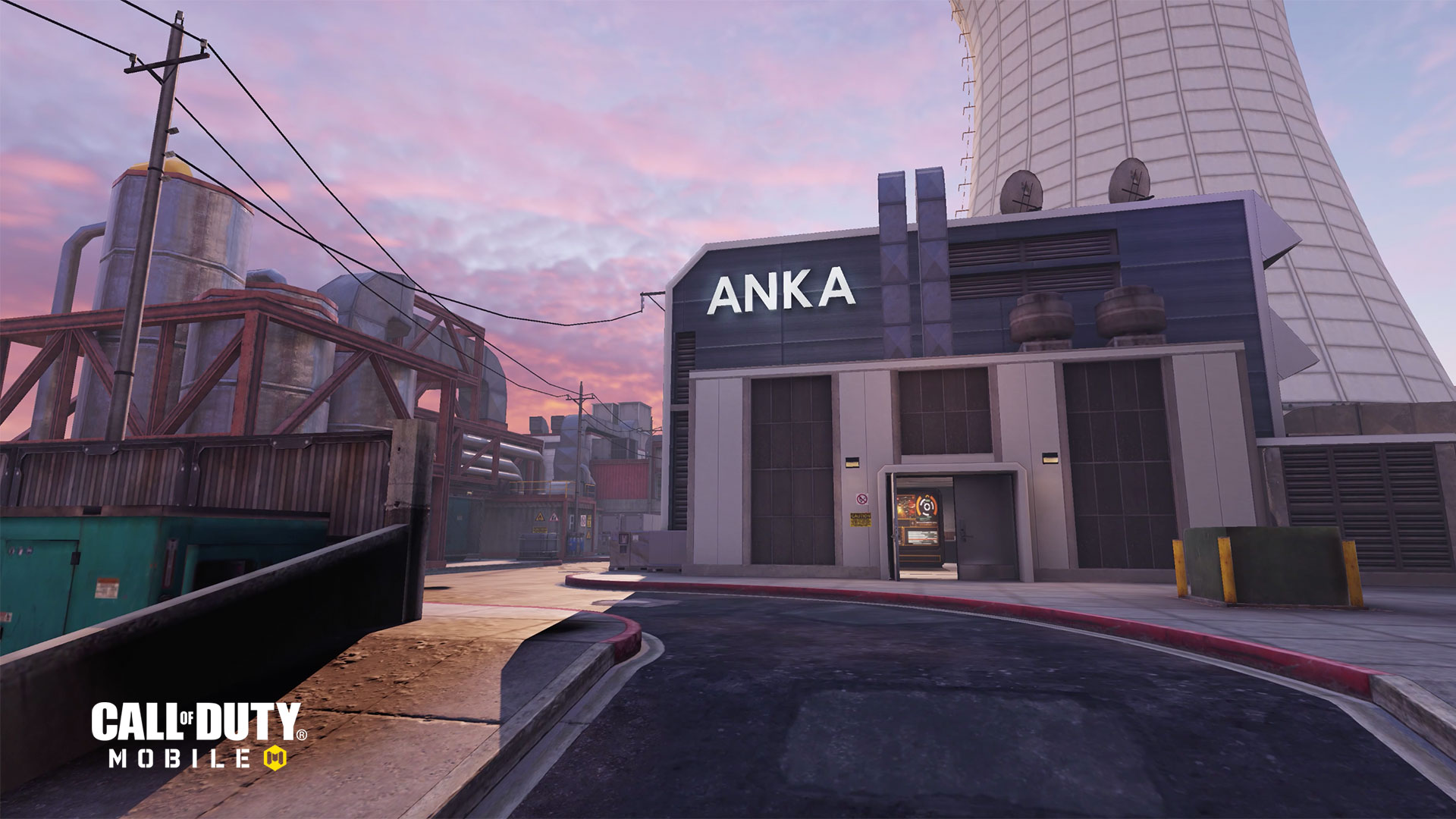 Meltdown is a medium sized industrial map with a mostly symmetrical layout in the classic three-lane design. The initial spawns are located to the west and the east side of the map, with each team gaining quick access to a two-story control building or straight through to the bottom or middle lane.

A ramp structure on either side of the middle lane leads up to a middle hill, with a ground floor underpass for quick access to the other side. The hill features a vertical pathway for an escape to the top or bottom lane when things get too hectic, but tight spaces in both directions encourage sudden, close-quarters engagements. Second story windows in the control buildings offer snipers a view of this hill.

The bottom lane funnels players into a cooling tower with three entryways leading into a center circle filled with posts that obscure vision and blocks gunfire . There are no sightlines from the outside map into this cooling tower section; so here, all the action is focused inside. The side routes lead to ground level, while the north entryway connects to the middle hill.

Opposite the cooling tower, the top lane waterfront weaves around a central turbine structure flanked by two small platforms. A short stairway in the middle leads down to the middle lane, with two small side rooms on the way to hill. The rooms each house a large tank that blocks your view to the opposite wall where a window overlooks the initial spawn areas.

Multiple shortcuts throughout offer various ways to quickly cut across lanes, keeping the action fluid and spontaneous throughout the match. 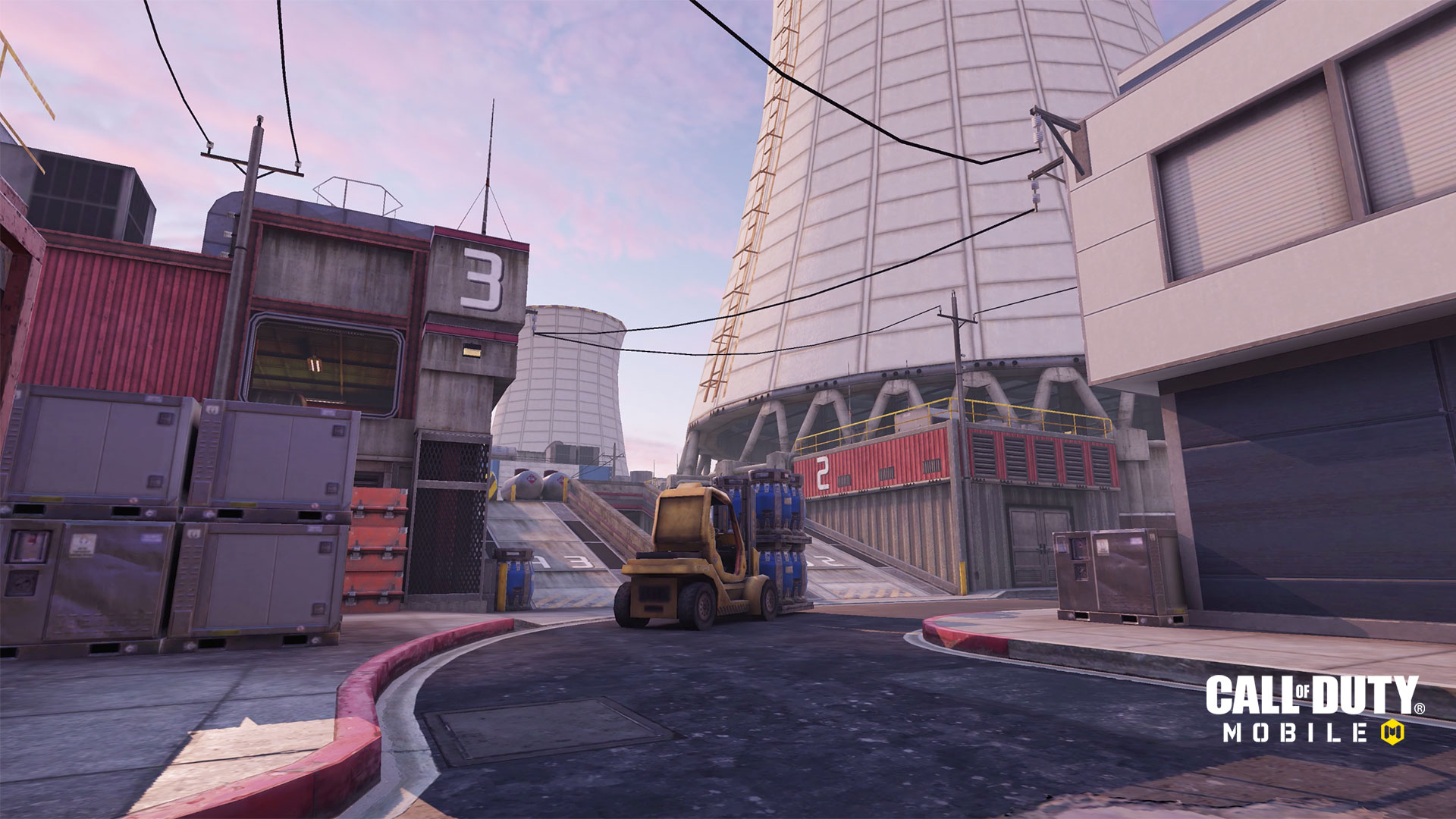 For the rusty and uninitiated, Meltdown can seem like a maze from which enemies appear at all angles. The first thing you need to internalize are the many interconnecting points between the lanes, so that you don’t get caught off guard focusing purely on the map’s east-west orientation. From there you’ll start to see the potential for all kinds of playstyles. Use an SMG or shotgun and stick to the cooling tower and vertical middle path; equip a sniper rifle or LMG and stake a power position in either control building; or deploy with an assault rifle and cover the top and middle lanes while keeping your eyes out for ambushes.

Take advantage of the underpass cutting through the middle rampway, either for a quick dash out to the other side or to prevent enemy players from doing the same. It’s additionally useful for getting behind enemy players going up the opposite side of the ramp — rush through, turn around, and shoot them in the back. Just be sure that you don’t expose your own back to enemy fire in the process.

There are four second story vantage points on the map, in the two control buildings and the side rooms between top and middle. Use a three-step process of clear, attack, and defend to rack up several kills when you see enemy activity inside of one. Rush in, clear the enemy — watch out for any Trip Mines along the way — get some kills from the window and then move into a defensive position to counter enemies coming after you. These buildings are small, so don’t get greedy by staying at the window too long where you’re vulnerable to sudden flank attacks. 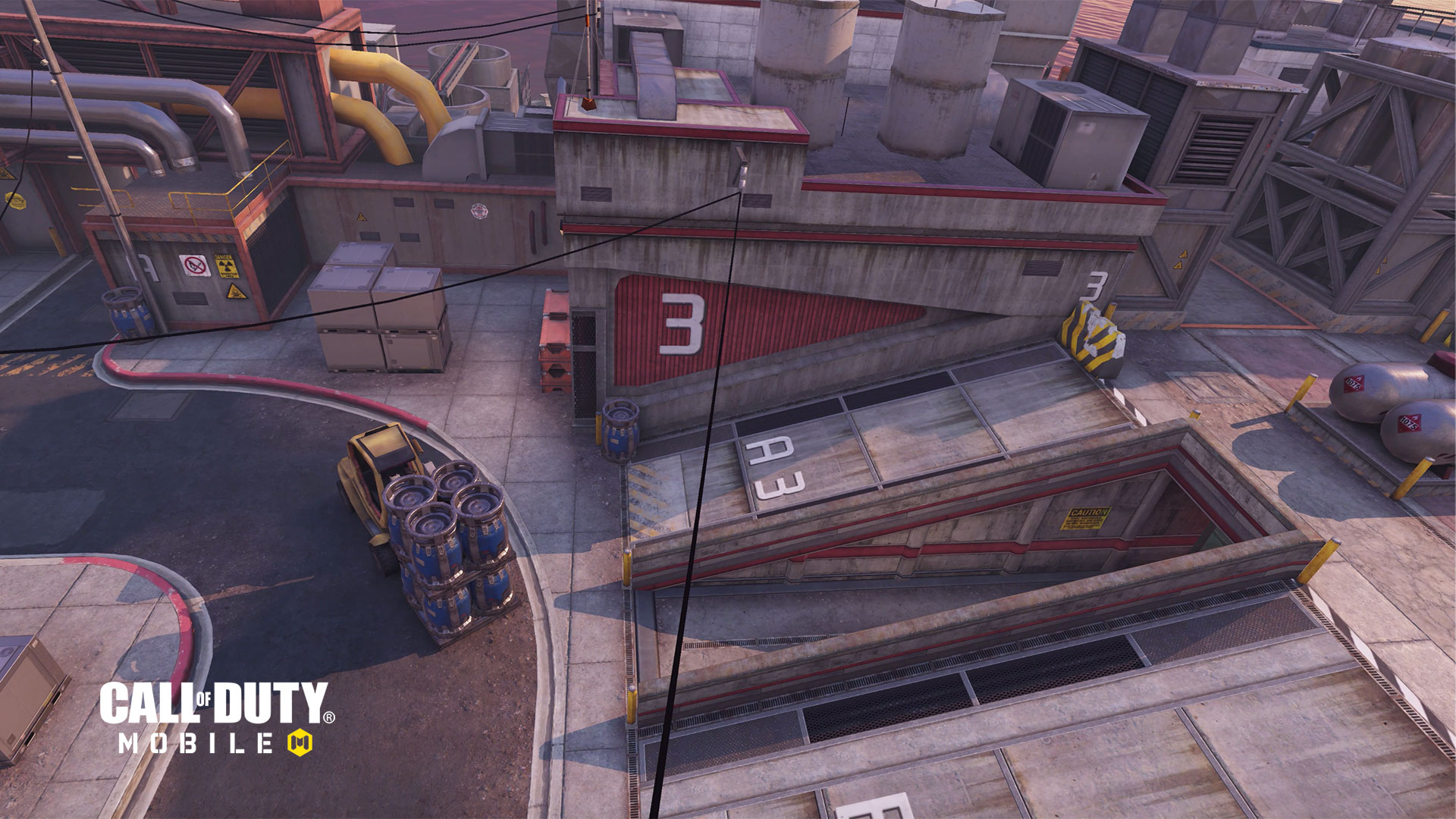 Before the match begins, determine your route and pick the loadout that best supports your choice. For example, pair Lightweight with a shotgun or SMG and right out of the gate sprint to the middle underpass and blast enemies who dare meet you along the way. Back up and race down to the cooling tower; weave in and out among the posts to disorient your opponents and take them by surprise.

Regardless of your chosen route, planning a detailed action from the start will keep you from getting lost in the mayhem. After the opening salvo, you can then decide if you want to stick with your opening strategy or move onto something else. Not sure where the fight is? Equip the UAV Scorestreak and open the mini-map after using it for full intel on where to go.

For the more tactically inclined, avoid the main fray and find areas where enemies are likely to attempt flank attacks. If the center hill is seeing a lot of action, head to waterfront and attack players trying to get behind your line. If you’re not equipped for close-quarters play and the cooling tower is heating up, head up to one of the control buildings where you can cover two of the three cooling tower exits. Play to your strengths and don’t get sucked into bad situations.

As you get a better handle on the map, you’ll learn the routes and strategies that best fit your playstyle for the given situation. As long as you’re always thinking ahead and attacking with intent, you’ll be two steps ahead of players who don’t have a plan or direction. 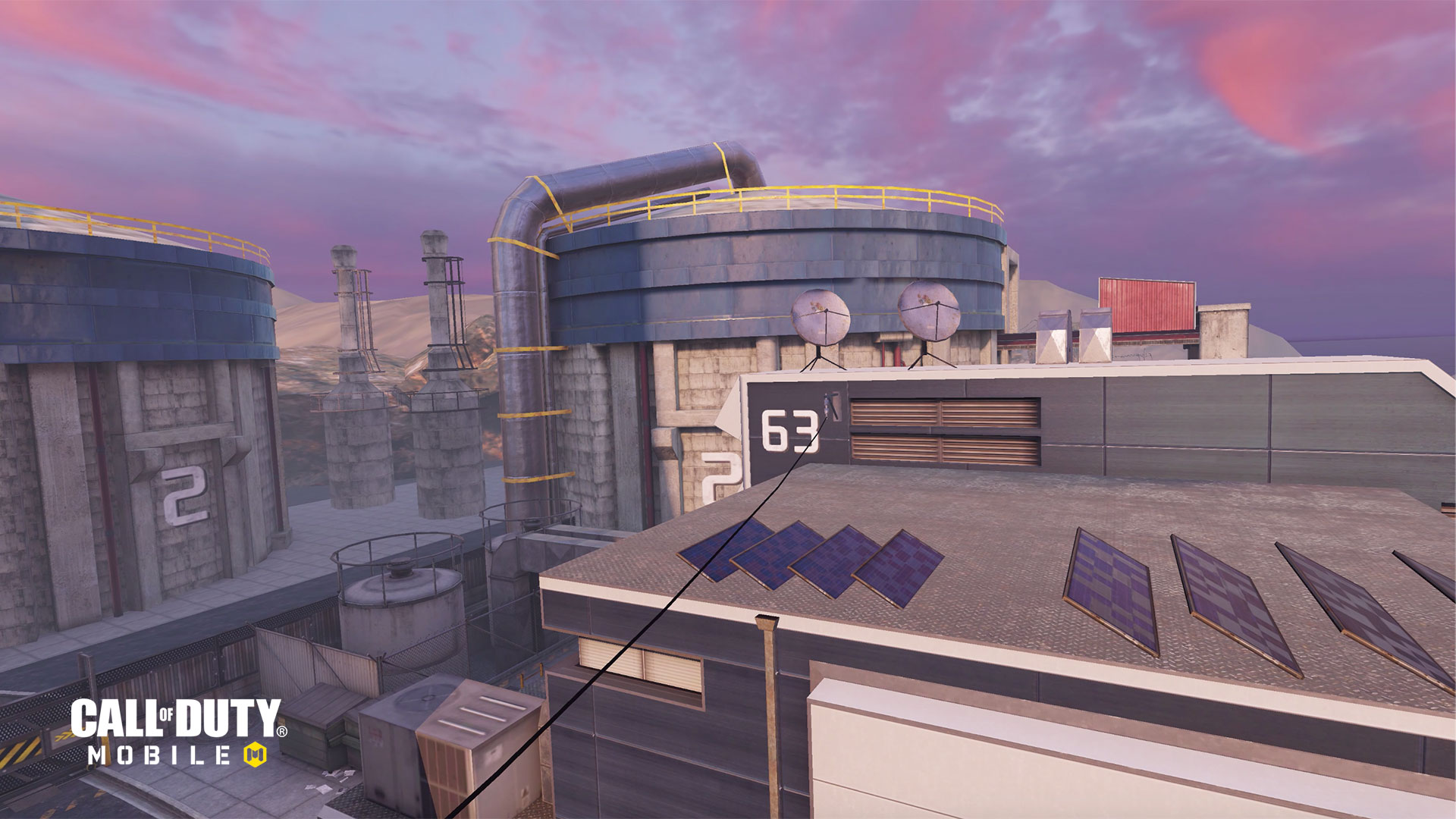 Meltdown is fairly open to the skies, but the control buildings, the side rooms between top and middle, and the cooling tower all offer protection from above, so time your Scorestreaks accordingly if you plan on using aerial-based attacks.

The Molotov Cocktail can do some real work in the middle lane, especially if you throw it from the ground floor over the ramp to catch your enemies by surprise, or even into the underpass to momentarily cut off that route.

Place a Sentry Gun along the top waterfront for additional coverage around the turbines, or place it in the second story window of either control building for a wider range of cover. If intel is more your style, equip the UAV and Counter-UAV and deploy them together for a huge advantage in map awareness.

Finally, consider a launcher in one of your loadouts, so that you can help your team by taking down aerial threats. With a map as interconnected as Meltdown, you don’t want your team distracted from what’s in front of them by what’s above them as well. 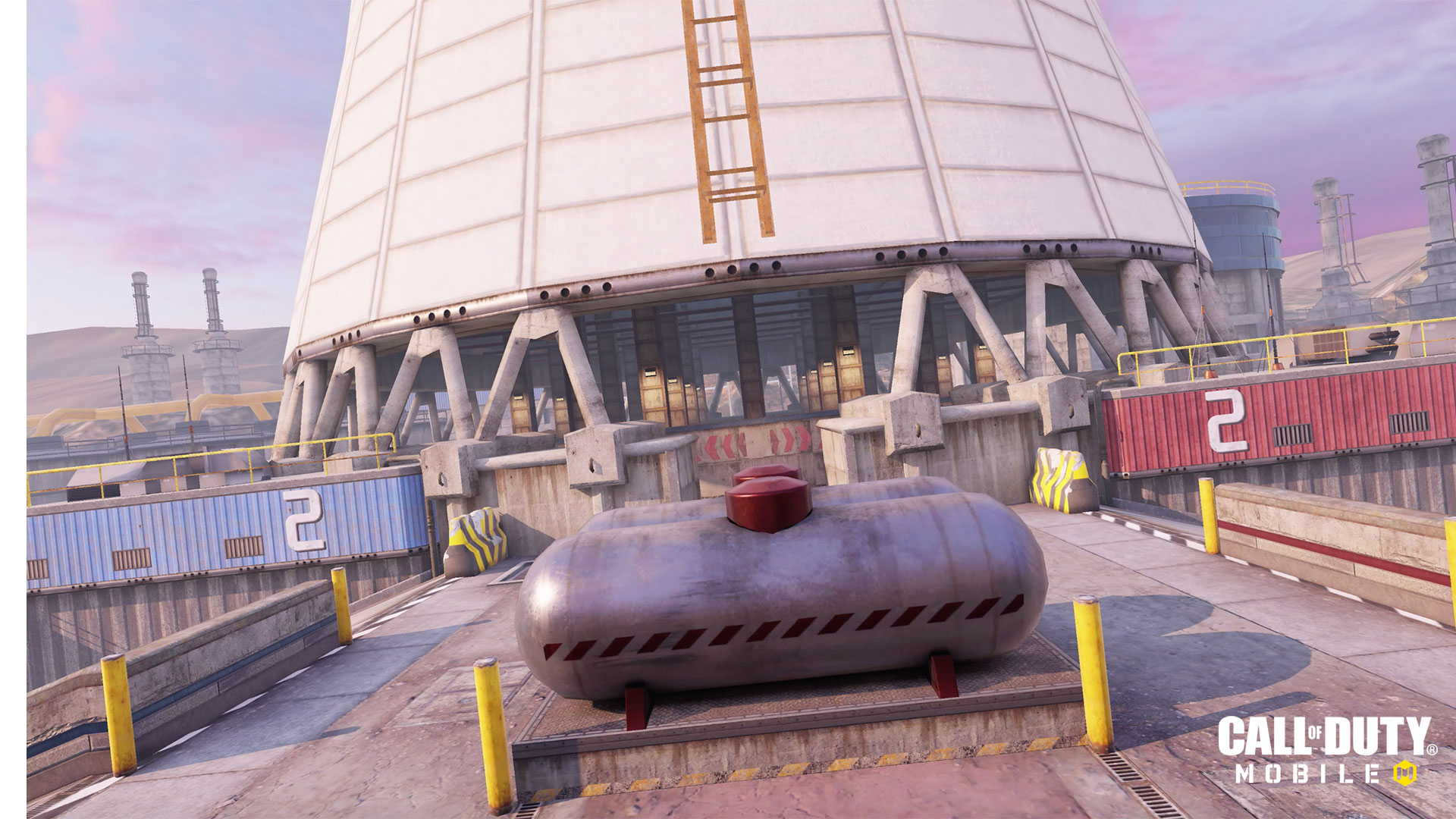 If you like the chaos of fighting in the middle, Domination is your mode, where the B flag is planted right up on the hill. Let loose with your grenades and consider a loadout with Flak Jacket and Tactical Mask for added protection against lethal and tactical equipment. This mode will test your ability to control the ramp and learn all the different sightlines and shortcuts connected to it which is invaluable information that will improve your play across all modes.

To expand your map knowledge, try Search & Destroy, where the bomb sites are located in the top waterfront and cooling tower. This forces you to consider the map’s vertical layout more thoughtfully, bringing into focus all the various shortcuts between lanes. Move quickly and work on your flanking play.

As objective modes focus the field of play, expect heightened attention on power positions in the control buildings and the upper side rooms. If an enemy player is stubbornly posting up in a window, use a loadout with the Demo Expert perk and a sticky grenade to dislodge them without needlessly exposing yourself to their gunfire. Play smart by knowing when it’s time to rush in and attack head on and when it’s best to mitigate risk and play more tactically. 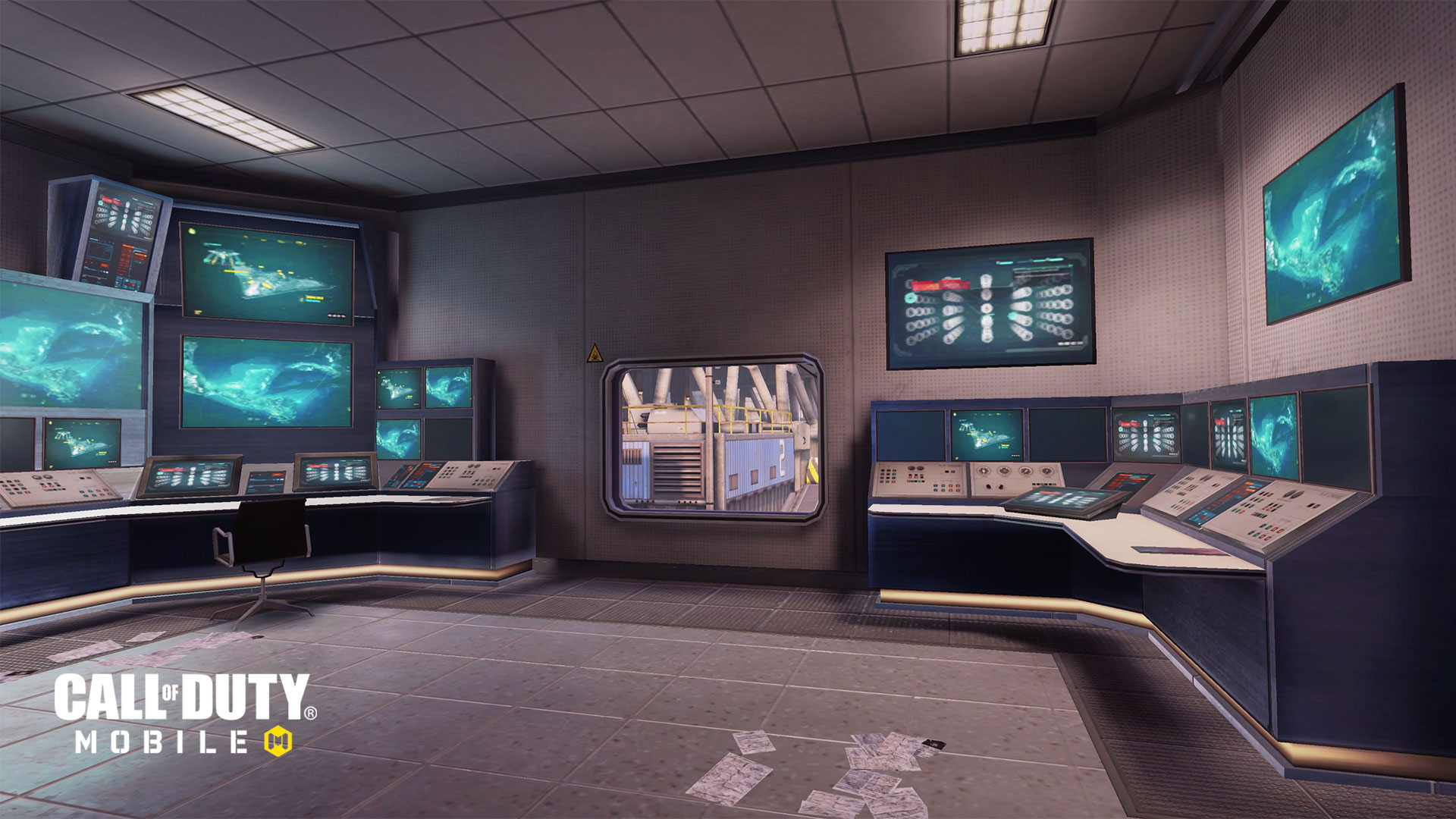 10. Start with Team Deathmatch to get a grasp of the full map layout and then switch over to Domination to focus on the middle ramps and hill. It’s easy to be too cautious here, so work on dialing up the aggression over time.

9. A well-placed Smoke Grenade can do wonders when you need to get somewhere fast but you’re not sure where the enemy might be. This is particularly true in cooling tower, where smoke will reduce the enemy’s ability to hide behind a post and take shots at anyone coming near.

8. Don’t be afraid to use the middle underpass, a high risk, high reward route that when used well can lead to a devastating flank attack. If you’ve got a long-range primary weapon, switch to your pistol when running through to better handle any enemies you encounter in the tight space.

7. Use the new H.I.V.E. Operator Skill to set traps in the cooling tower, the underpass, along shortcuts and in the buildings. Fire shots to lure the enemy toward you and let the nano drones do the dirty work.

6. Equip the Alert perk to counter flank attacks before they happen. Pair it with a shotgun and move in close to the enemy position. Wreak havoc and feel like a badass while doing it.

5. If you completed the Heavy Shot challenge, the KN-44 assault rifle makes for a great mid-range primary weapon on Meltdown. Stick to the top and middle lanes and make short work of your enemies.

4. Getting a hang of the many flanking routes and shortcuts? Equip Dead Silence and put a Suppressor on your weapon so that you can surprise the enemy without giving away your position before you get there.

3. The four second story power positions are perfect for taking out enemies below, but don’t stick to any one for too long as their confined areas leave you highly vulnerable.

2. If you’re in the mood to be a nuisance, center your play around the middle vertical path. From here you have direct access to all three lanes. Reposition often to keep the enemy guessing.

1. Most importantly, have fun on this classic map! Don’t worry about learning everything at once, it’ll come to you over time. Meltdown is certainly a challenging map that you’ll continue to learn things on with every match.