Back in Captain Butcher’s day, playgrounds were made of asphalt and scrap metal and whatever sharp rocks were lying around. The protocol for recess was that there was none, and if you fell off the monkey bars – well, you clearly weren’t the alpha child, but nice try. Take that broken collarbone home to your funnies and milk, Poindexter.

Such old-school lunch-pail fundamentals (what Captain Butcher calls “character building,”) were the design inspiration for Sandbox: the new map in HQ where players become tiny army-men toys and fight to the death amid spiked crayon fences and bunkers made of alphabet blocks and linkin’ logs. And if that’s not dangerous enough for you, try holding down a Hardpoint while a giant Captain Butcher sits cross-legged beside the map, judging your play and trying to cook you with a magnifying glass. 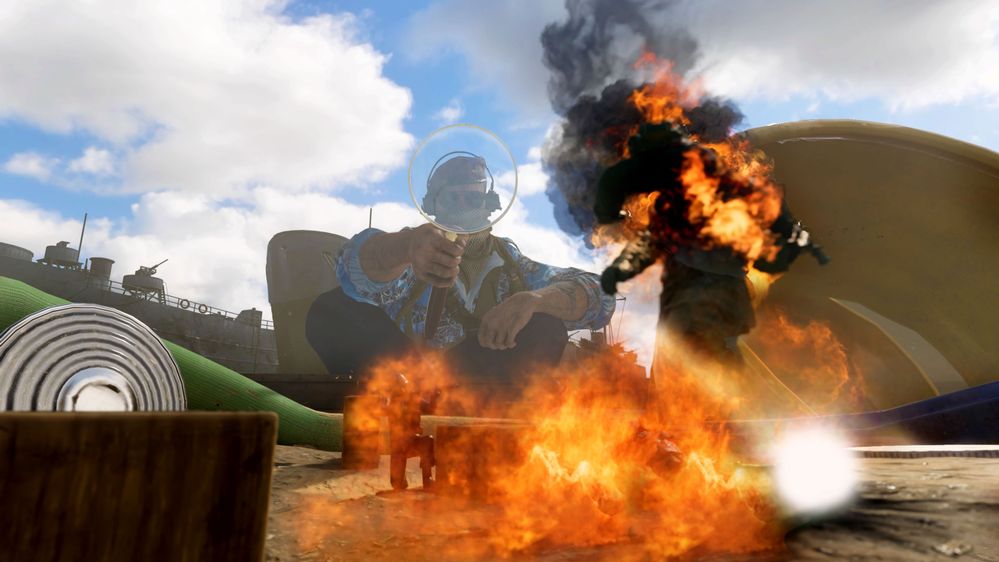 If you’re a PS4 player, you’ve probably gotten your hands in the sand already. But on August 30 at 10am, this diabolical hellscape-for-whippersnappers goes live on Xbox and PC. So, if you’re a PS4 player, read on to brush up on playing in the Sandbox – and if you’re on Xbox or PC, use this guide to steer you toward the Victory screen when Sandbox finally drops.

First, Don’t Get Sand in Your Chamber

Sandbox is set in a medium-sized arena where two sandcastles face each other from opposite sides of the map, amid a litter of beach toys, log cabins and blocks. A lookout perch on the second floor of both sandcastles make for ample sniping opportunities – a great way to ruin a toy-sized-soldier’s day.

Watery subterranean passages, home to several caves and a waterfall, keep soldiers out of the sun – but don’t expect to slip by the enemy here. These caves are ripe for close-range gun-battles in Team Deathmatch and Kill Confirmed. 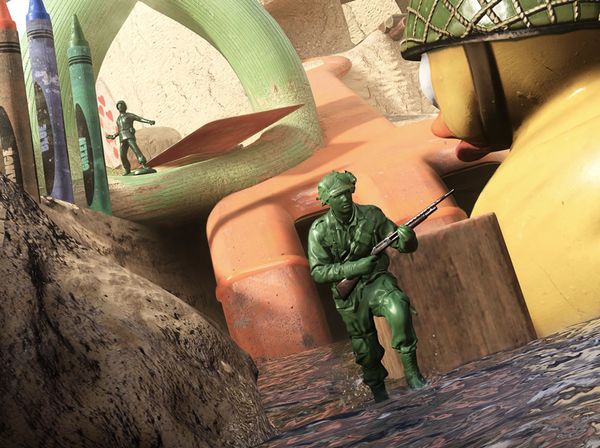 Sorry, we know some prefer “fun size,” but yes – in the Sandbox, you’re a toy. Spawn in either the green team (Allies) or the grey team (Axis) and get to work eliminating the other army-men.

Keep in mind: even with the plastic sheen on your Uniform, Your Division loadout still counts. So, toy Cavalrymen can still tote their Shields if the huge tin can or massive yellow bucket aren’t enough bullet deflection for ‘em. And just because it’s a Sandbox where children are supposed to play safely, it doesn’t mean you can’t fill it with fire. So, enjoy your Scorestreaks just the same – they’re all fair game, from the Molotov Cocktail to the Ball Turrent Gunner. (Time to melt some plastic.)

Finding your foes can get tough, however: decoys of both colors line the map, with green decoys dotting the eastern slope by a giant blue rake, and grey decoys aiming down their (fake) sights from behind a set of alphabet blocks. Unless it’s Prop Hunt, don’t shoot the decoys – it’s not a good look.

And as you make your way through the inert toys of Sandbox – like a G.I. rubber duck named Simon – you’ll notice human-sized soldiers hanging out near Captain Butcher: playing ball, grabbing a warm spot in the sun, or queuing up for Scorestreak Training. Don’t let ‘em distract you. You have a job to do, and that job is to claim Victory while staying as far away from Captain Butcher as possible (we think he’s working out some repressed memories and maybe it’s best to leave him alone).

There are more than a few modes available in Sandbox. Popular ones include Team Deathmatch, Prop Hunt and Kill Confirmed. But you can also play Capture the Flag, Search & Destroy, Domination, Hardpoint and Demolition if you’re feeling an Objective match.

With so many modes available, Sandbox is the summertime map to try – and no matter what mode you choose, Sandbox shines. With shadowy spaces for ambushers to hide, ample room for run ‘n gunners to sprint and unique vantage points for the snipers who camp among us, Sandbox is the map for everyone’s inner child.

Play Sandbox on Xbox One and PC starting 10am PT August 30. Or, dig in to this free new map on PS4 right now!