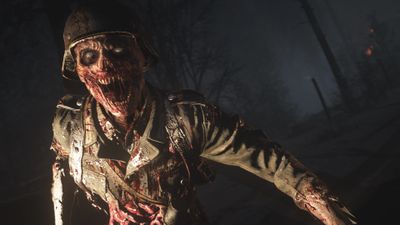 Editor’s Note: A new writer recently joined our team, but never played a single match of Nazi Zombies. She volunteered to jump into the fray, explore the game and learn from the ground up – this is her story.

Two weeks ago, I set out to try something new. I wanted to learn how to play Nazi Zombies, and – in doing so – inspire others to try their luck against the Third Reich’s daunting forces of undead.
Full disclosure: I spent my first few matches getting destroyed, confused, and even a little lost – and could barely stay alive, which my teammates did not find amusing. But after putting in a little time, I got way better on the staying-alive front, while learning the intricacies of this chilling undead universe.

On that note, I am proud to present a month-long series in which I will lead readers on my personal journey toward self-realization – through the merciless slaying of Nazi Zombies. Join me as I navigate mind-bending Easter Eggs, abominable science experiments, and one of gaming’s darkest storylines in a quest to become a more masterful zombie-killer.

I Was Not Ready.
Sure, I knew the basics from zombie flicks: go for the head, don’t let ‘em get too close. But that’s where the similarities between pop culture’s zombie canon and Nazi Zombies end.

Nazi Zombies, a frightening alt-history mode concerning an unhinged Third Reich scientist and his precious army of undead, packs a formidable fear factor – with enough secretive features, tantalizing mini-quests, pants-wetting jump scares, and menacing music to eff up my (and your!) dreams for a long, long time.

Concealed in the rooms and tunnels of a secret Nazi research Bunker where corpses hang, weird equipment buzzes, and the remnants of experiments-gone-wrong litter the floors, there are clues and puzzles that can help players beat The Final Reich, float on to The Darkest Shore, and get to the bottom of the Third Reich’s malevolent plans. That is, if players can jockey through mounting Waves of increasingly stronger zombies long enough to put the pieces together. (If anyone’s wondering, I am not yet one of those players.)

What Was I Getting Myself Into? 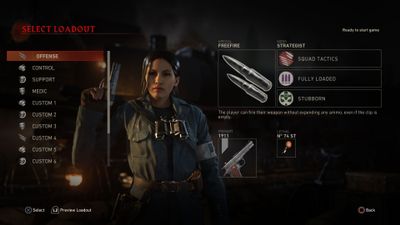 With absolutely no knowledge of what I was about to face, I was already sweating by the time it came to Ready Up (i.e., select my Loadout and start the match). selected the pre-fab Control Loadout, which came with the Shellshock Special Ability (perfect for knocking down zombies in my immediate radius), and three Shellshock mods: Exploit Weakness (Enemies take triple damage), Breathing Room (Increases the range of Shellshock), and Protector mods (Allies in range gain one point of Geistchild – the Nazi Zombies term for armor). Then there was no turning back, as I spawned in a dilapidated courtyard in the snowy Bavarian town of Mittelburg, my starting Pistol at the ready. I was mildly hyperventilating.

Mittelburg immediately gave off an ominous vibe. The town was dimly lit and deserted; its inhabitants, nowhere to be seen. The only interruptions in the thick quiet were the approaching growls of the zombies’ Wave 1, as suddenly the first sentries of an undead Nazi army charged us from the boarded-up windows, sloping roofs and second-stories of abandoned shops and apartments.

It didn’t take long for me to feel as overwhelmed as I was terrified. Unlike the hangry meanderers that Hollywood knows and loves, Nazi Zombies strike harder, swarm faster, and have many forms – like the Wüstling, a gargantuan who gets more aggressive the more he’s shot; or the Pest, an armless scourge with the speed, sound, and bloodthirst of a demon mosquito. I was in so over my head, I lasted about five minutes max on my first eight rounds, lamely squeezing the trigger of my Pistol at the approaching horde until an undead grunt could wrestle me to the ground.

First Blood
Bleeding Out is not fun – avoid it. Beyond the frustration of watching my life-force slowly drain as zombies used me for dogpile foundation, I was also reduced to begging strangers for a revive. Since no one can walk upright while Bleeding Out, I was compelled to army-crawl to the feet of a teammate and pray they could spare me. The whole thing was very embarrassing, and I almost brought it up in therapy. 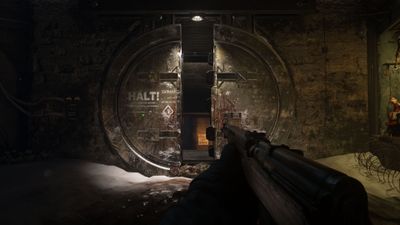 Opening the Bunker
After practicing for a few rounds, I was able to make it past the first Waves long enough to unlatch the door to the Village Square, sticking to the sparse prompts in my Notebook – the Nazi Zombies equivalent of a quest guide, which directs players to the next goal while also tracking their progress.
As soon as we followed the Notebook and activated all the gas and power valves hidden around the Square, a teammate pried the Bunker doors open – and then a voice came over the loudspeaker, certain to fuel my nightmares for years to come. “You must be Klaus’ friend,” it said, amused. “You are too late. I caught that traitor just before you arrived.”

It was the voice of Doctor Straub, the nefarious scientist whose “research” gave way to this particular brand of Nazi Zombies. This deranged “Doctor” – I seriously doubted this man was a board-certified medical professional – gave me the heebie-jeebies. I NOPE’d right over to the northeast corner of the Command Room and grabbed the Grease Gun (a Brandi, my main lady), as it was high time for a better weapon. Who knows if that guy was lurking around here with his … pets. 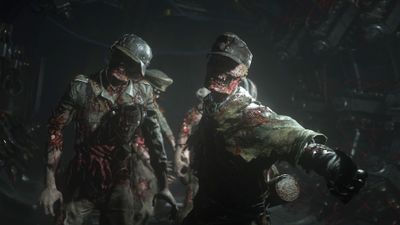 The Swarm
Undead Nazis now pouring from every possible crevice – sewage pipes, busted-out windows, the ceiling (this was only Wave 7?!) – I brandished my Brandi and high-tailed it to the second floor of the Command Room, where I sank the rest of my hard-earned Jolts (currency earned from wasting zombies) into the “Faustblitz” power-up to improve my melee skills. Shovel a’swingin’, I managed to fight out from under the zombie mosh pit and down to the Laboratory, which one of my cohorts had already opened.

The Notebook updated: “Reroute power to the salt mine door.” I didn’t know what that entailed, so I tagged along like a kid sister on the heels of my more seasoned teammates, who were already decimating whole Cha-Cha lines of attacking zombies while I, I dunno, got confused halfway through a sharp turn and spent a few seconds jumping limply into a blood-soaked wall: one of my finest moments. 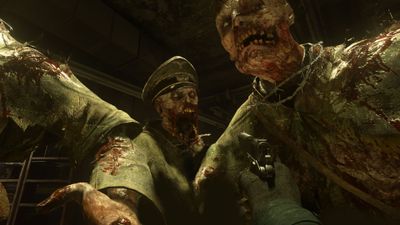 …And Then it Was All Over
managed to get my bearings, and my team and I were tasked with killing enough groaning sentries to earn the Jolts required to open the Mortuary, too. Following the teammate who seemed the most knowledgeable (honestly – they just had the most Jolts), I quickly found the power switch in the Laboratory, where a few limping zombies were standing guard. With some bullet-spray, I got through enough to quickly change the switch to “EIN” and proceeded to GTFO.

But now I needed to find a second switch, said the Notebook. Where was it? I headed to the Mortuary on a hunch but was soon surrounded by Pests. As I fought through the whole buzzing Wave of them, I thought I caught a glimpse of the second switch in a side-room – but it was too late. My thumb slipped and I went prone and then the Pests were on me ‘til I was Bleeding Out … again. I managed to squeeze off a few rounds until I received my death notice: NO AMMO.

I could see the outlines of my faraway teammates running around in the upper floor of the Command Room. They weren’t going to make it to me – why would they – and I was going to die surrounded by decomposing Nazis. Cool.
The sound cut out. I knew I was a total goner … or was I?
Tune in next week for the answer to this and other pressing questions. Like: What is a Tesla Gun? What does it mean to ‘Pack a Punch?’ And, Doctor Straub – who hurt you?

‘Til then, see if you can find out for yourself – if you can survive that long. Get in there and waste some Nazi Zombies!