The winds of late Spring have swept across HQ and deposited the mysterious, knife-tossing merchant we know as Captain Butcher. It’s not clear where he came across these weapons – he’s got SEVEN new weapons this time – but it’s clear he didn’t skimp on quality or variety. And it’s a good thing, too. Attack of the Undead means you could be tasked with taking on both enemy soldiers and zombies at the same time. It’s not an enviable task. So, here’s the hardware to give you a fighting chance: a couple new Sniper Rifles (with available Iron Sight attachements), a Shotgun, an LMG, an SMG, an Axe Melee and a Melee that looks at home in the hands of the heroes of the Scottish moors.

There’s something uniquely satisfying about the lever action. Maybe it’s knowing that each individually-loaded bullet has a specific purpose and, once you’ve taken your perfect shot, your only recourse is to try to be perfect again. The cooperation between man and machine, with neither side shouldering too much of the load, is a beautiful, harmonious thing. The new Lever Action Sniper Rifle boasts one-shot kills at the torso and up, along with surprisingly quick re-chambering for fast follow-up shots. It slides nicely as a lever action alternative to the Lee Enfield with enough accuracy to make you think twice about ever rolling with any other Sniper Rifle. 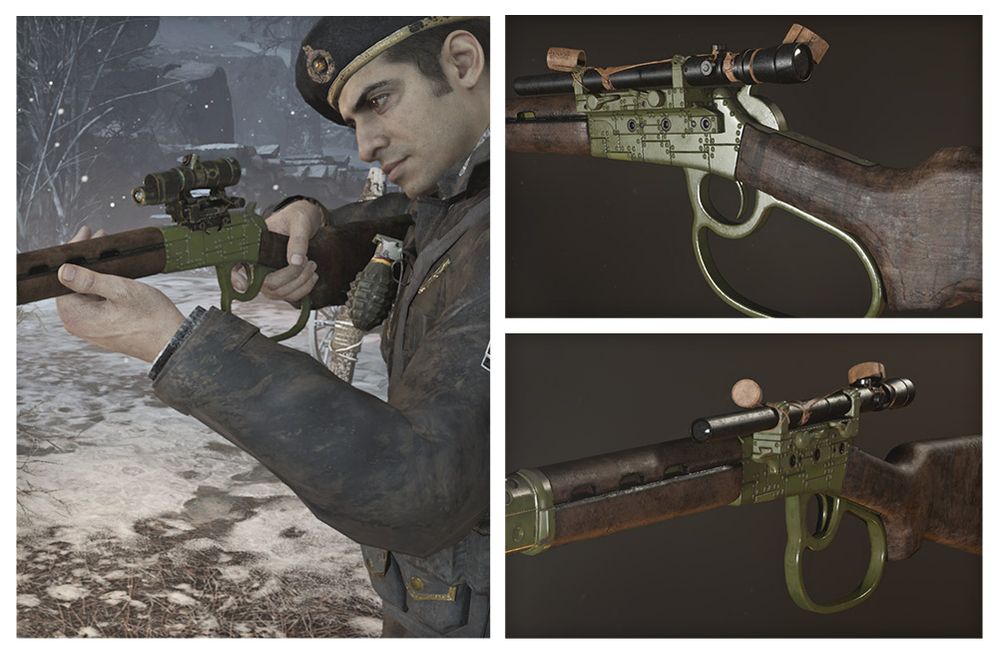 Lookin’ for a weapon that promises one-shot kills? Stop looking, you’ve found it. It’s a bold proclamation, but the semi-auto PTRS-41 Sniper Rifle has the stopping power to back it up. The promise of one-shot kills to any part of an opponent’s body should propel this rifle into your regular loadout rotation. The fear of the hit-marker can make a sniper a bit skittish about unleashing a shot on a sprinting enemy. If you hit the wrong part of their body, you’ll give away your location and they’ll likely get away. Packing the PTRS-41 allows you to stare that fear in the face, confident in the knowledge that one shot anywhere on fear’s body is enough to take it out. 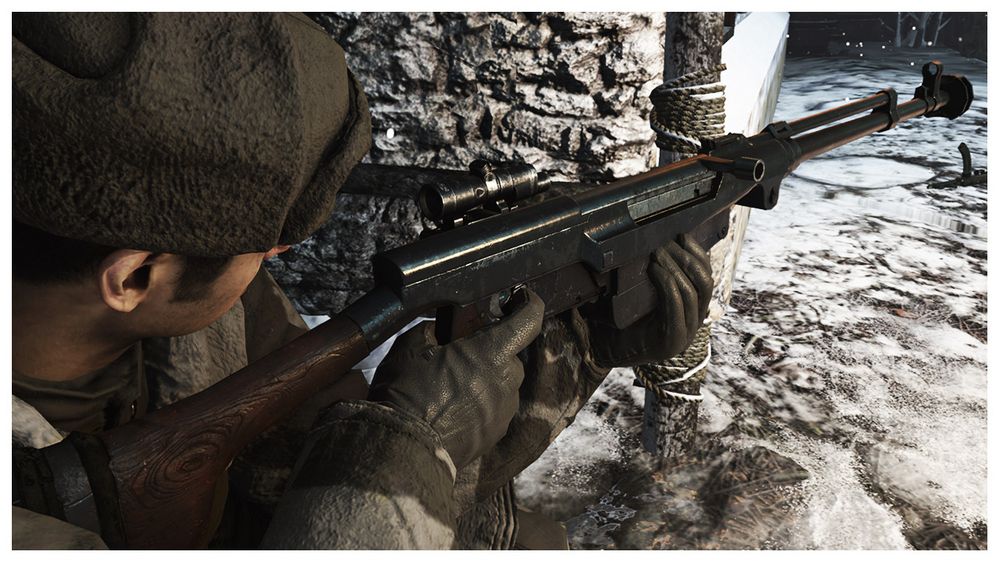 If there’s a more onomatopoetically appropriate name for a short, powerful shotgun with a wide bullet-spread, we sure as hell haven’t heard it. The Blunderbuss delivers on its in-game description as a “One shot wonder!” The old-timey look of the weapon belies its deadly power at close range. Of course, once you’ve dealt that single shot you’re in for a multi-step reload process. You’ve gotta dump in the gunpowder, drop in the bullet, then jam all that down the barrel with a ramrod. It’s time-consuming and, in a match, can be tough to manage. For that reason, we’d highly recommend pairing the Hustle Basic Training with the Blunderbuss. You’ll spend less time ramrodding and more time ram… shooting people. 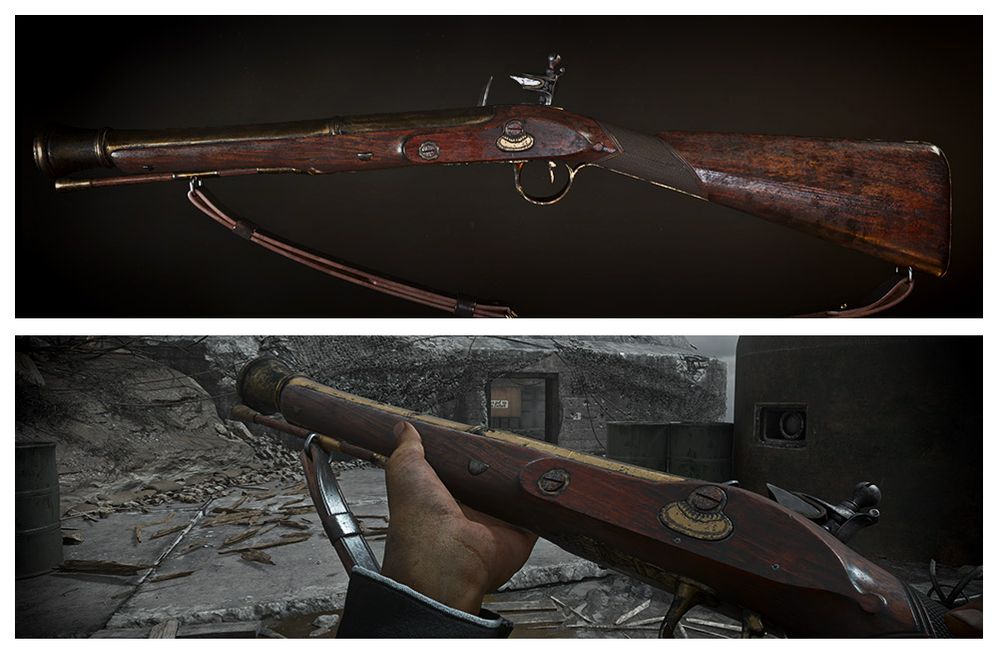 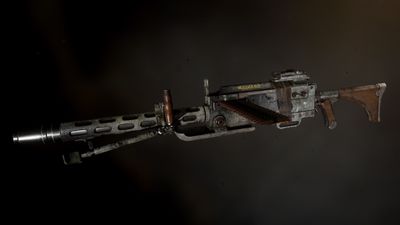 Stinger LMG
With the introduction of the MG 81, we got our first introduction to an aerial weapon retrofitted for ground combat. To editorialize for a moment, we were immensely happy with the results. That’s why we’re pumped to take the new Stinger for a spin. This hulking LMG brings the highest damage rate in its class, which is really saying something. While the fire rate leaves something to be desired, the Stinger’s range and lethality more than make up for it. Plus, once you unlock the Rapid Fire attachment, you’ll be closely aligned with other LMGs. Due to its size, mobility and aim down sight time for this weapon are slightly slower. So, make use of that LMG Bipod and let the Stinger take down enemies quickly from any range. 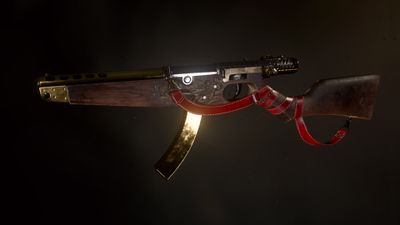 An SMG is a good place to start for somebody new to first-person shooters. Their fire rate and solid damage at close ranges make them a versatile weapon to get accustomed to the movements and nuance of running around the war-torn world of the 1940s. However, they often lack range. If somebody spots you from afar, your SMG likely won’t win any gunfights. That is, unless you’re rolling with the Nambu Type 2. This thing, while sporting a relatively modest fire rate, has enough range to make you competitive at mid-range engagements. Best-in-class range means no shying away from open areas. You’ll sprint into the open with confidence that an enemy you spot is an enemy you’ll subsequently make quick work of. 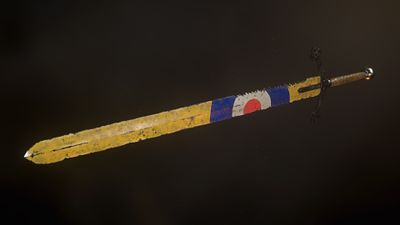 The Claymore brings one of the world’s oldest weapons to WWII. It has the aesthetic of Medieval battle but it remains as lethal as ever. One big swing with this thing and you’ll slice and dice anything in your path. It’s a fitting melee to take on a zombie or bunker full of defenders on Operation Neptune. There aren’t technically stats for Melee weapons because they’re all one-hitters. But, if we were to rank the intimidation factor of the Claymore it’d be among the upper-tiers in the game. Imagine what an opponent will think when they see you charging with a melee. A knife? Eh, I get what you’re doing here. A shovel? Alright, this is for digging but I’m not comfortable with how angry you look running at me. Ice pick? This person may not be doing great. I’ll admit it. I’m scared. A sword? Yikes. Please. Take my money. 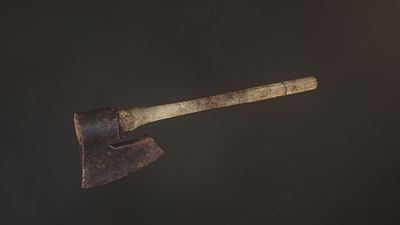 Attack of the Undead means you’ll be fighting zombies in MP. And, if history is any guide, there’s no more reliable weapon against the undead than having an axe at your side. The new Fire Axe deals deadly swings, taking out the zombies of Hordepoint in a single strike. With so many zombies around, and only fire-based Scorestreaks in the mode, this Fire Axe will feel right at home among burning areas, rooms and buildings. Hack your way through the undead, then hack up the opposition.

Honestly, we weren’t expecting such a haul. Captain Butcher really outdid himself this time. Your loadouts are bound to get a sprinkle of variety with all these weapons to choose from. And all of these new Weapons have Collection Reward variants, so be sure to stop by Captain Butcher to check out the new rewards he’s got in stock. The Claymore, Stinger, Blunderbuss and Lever Action variants are available forever under the Operation Overlord tab. But, the Nambu Type 2, PTRS-41 and Fire Axe Collection Rewards are only available to unlock during Attack of the Undead Event.Be sure to unlock those Collections before Butcher packs up and heads out on June 26that 10 AM PT.