The best offense is a good defense.

A good chunk of game modes in Call of Duty®: WWII demand you secure and defend an objective. Domination, Hardpoint, Capture The Flag, Search & Destroy – they all require a stout defense to win. So, we figured now’s as good a time as any to highlight some of the best ways to hold down an area in Call of Duty: WWII. Here’s five ways to do it.

1. Push It Real Good
Say you’re playing War Mode and you kill someone trying to push the tank to the church in Operation Breakout. They’re full of rage and set their mind to vengeance. After spawning, they make a beeline back towards the tank and before they’re anywhere close, they get shot again. How? Because your teammate pushed out in front of the objective specifically to cut down the stream of attackers. Taking an objective isn’t easy. And, when the path to getting there is littered with you and your teammates, enemies can go an entire round without even getting a whiff of the Flak Guns on the other side of that church. Pushing out in front of an objective is aggressive and can frustrate your opponents. And frustrated foes make mistakes. 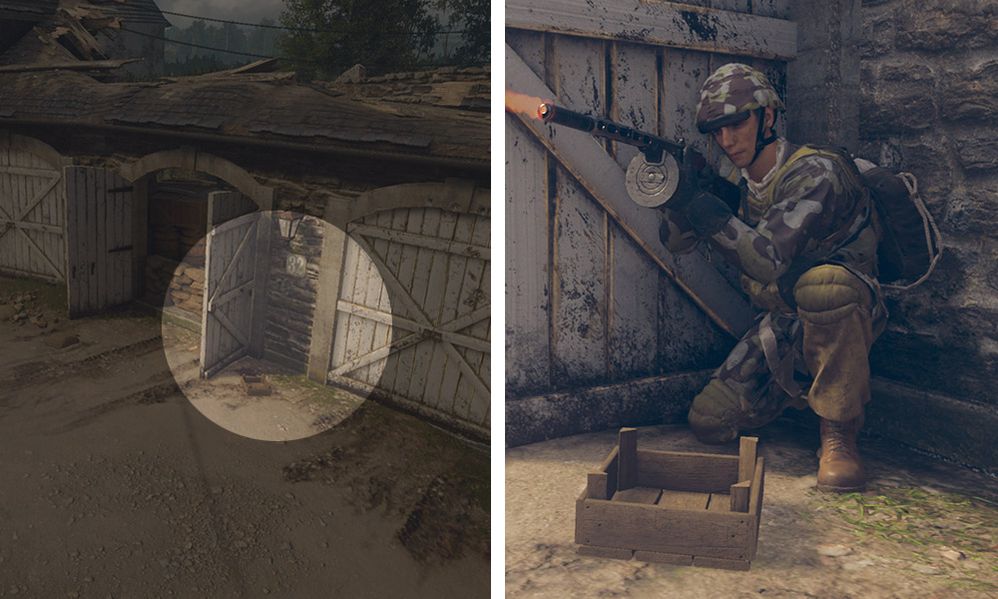 2. Lane Lockdown
Whether it’s the C tank in the first part of Operation Griffin or either flank on Flak Tower in a Domination match, you can bet good money enemies are gonna need to get through that pathway in order to advance. Effectively shutting down a potential enemy pathway does two things. First, you rack up kills from enemies who dare cross through your designated lane. Second, once you establish your lane as a dangerous area, enemies will funnel into more predictable places and into the warm embrace of your teammates. 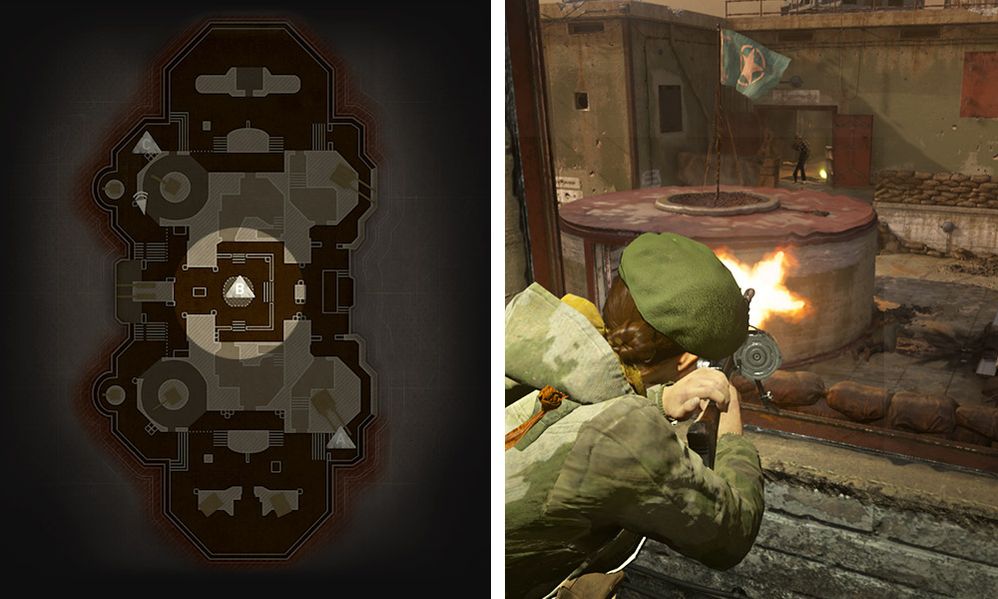 3. Well-Equipped
A good defense keeps attackers guessing. And, a great way to keep your enemies on their toes is to link up with the Expeditionary Division and put all that equipment to good use. You can cover multiple entrances with two S-Mines at your disposal. Or, cut loose a few harsh, green clouds of gas with those two Gas Grenades you’ve got in your stash. Well-deployed equipment forces enemies to fear more than just your team’s bullets. They’ll have to carefully navigate their way to the objective you’re defending. And, when you see hit-markers from the S-Mines or the gas, you know where the attackers are. So, go clean up the mess. 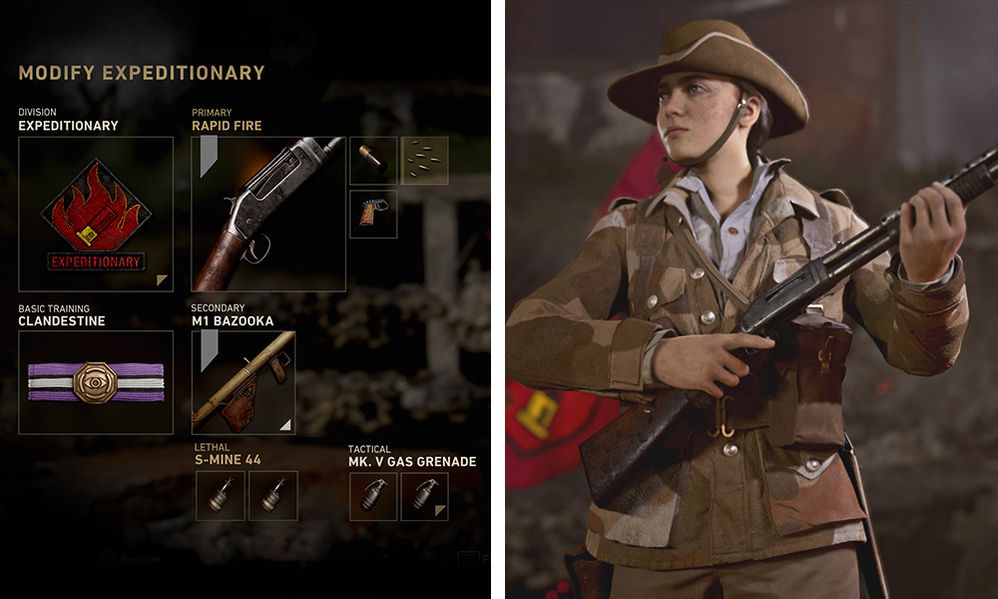 4. Wait & Pounce
When you’re expecting a fight, the anticipation before that first fired shot can be excruciating. You know it’s coming, but it’s usually left up to the attackers to figure out when. Savvy defending allows you to flip the script and set the terms of your engagements. So, if you’re interested in an element of surprise, let the enemy think they’ve won. Let them sit on that Domination point for a moment and think they’re home free. Then, when they’re frantically trying to figure out where the defense went, you strike. Once they’re on an objective, attackers often try to scope out where the defense will come from. They’ll be surprised when, like a horror movie, that defense is already inside the house. 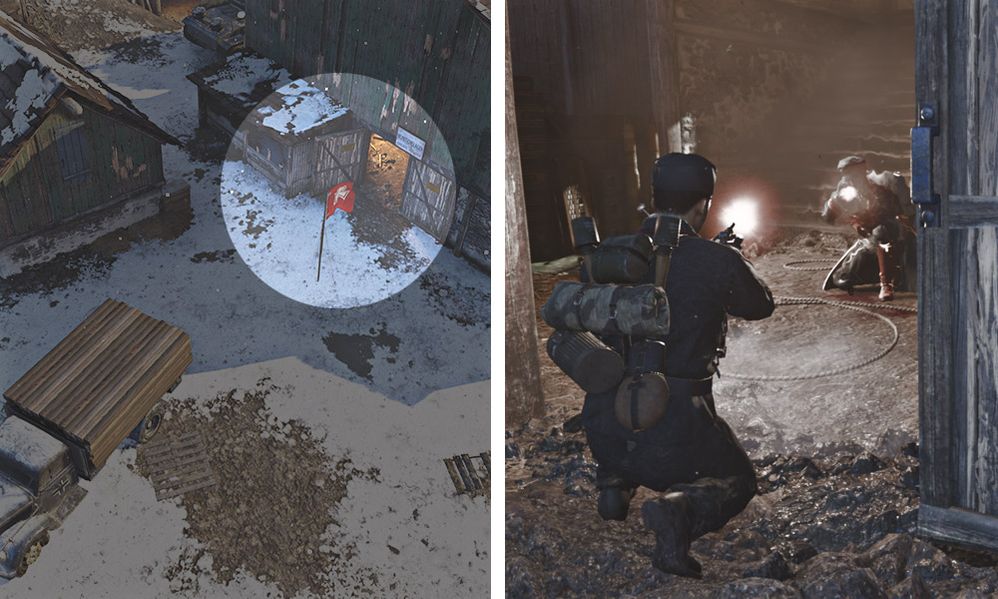 5. The Long Ranger
If you need to keep enemies away from an area, picking them off from impossibly far away is a fine way to get the job done. For those of you up to the task of long range precision, an accurate Sniper Rifle can swing the tide and make attackers skittish of getting anywhere near an open area. And skittish foes who hide from a sniper they can’t seem to dodge are much more susceptible to a teammate with an SMG. So, send ‘em scattering for your teammates to wipe out. Or breathe deep and you take ‘em out your ***** self. 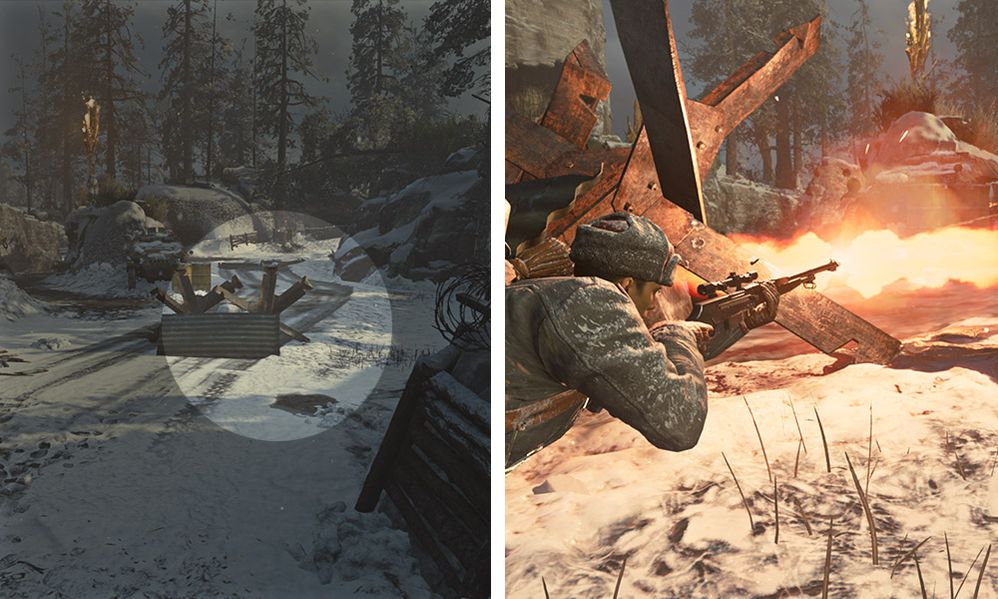 Don’t think just because you’re defending that the attackers get to run things. With a good plan and a bit of gun skills, you’ll be fending off wave after wave of incoming jerks (enemies). These five suggestions aren’t your only options, but they’re a fine place to start. So, pick your preferred method of stonewalling and stop your opponent in their tracks.